This unusual Michigan music festival on Lake Michigan’s biggest island officially kicks off Thursday with a star-studded lineup of regional acts. Get the lowdown at Local Spins. 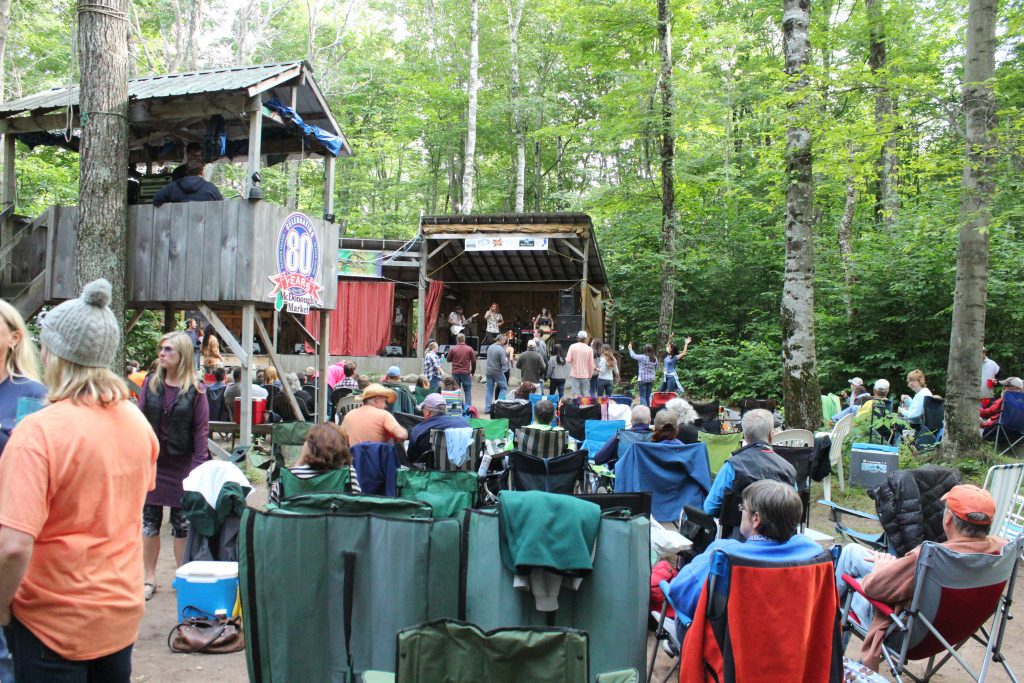 The first year, in 2003, it was a small, unplanned event, according to its website. Today, BIMF spans three days and draws 1,000 people per day to this rocky and quirky island 32 miles into the middle of Lake Michigan. 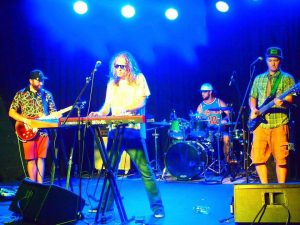 A community spirit binds the attendees, and performers also are connected to the festival as audience members at times, said Burton, who owns the property and organizes the festival with her husband, Dan.

“We have been dubbed a V.I.P. Festival because, unlike other venues, all artists are at the festival for a minimum of two days and are not only performers, but participants,” Burton said.

To reach the island, you must take a two-hour ferry from Charlevoix in northwestern Michigan or take a small airplane. The festival site is totally off-the-grid: no phone lines or power lines.

“You also go back in time, where boodling (driving around with no particular purpose) and free-range parenting is pretty common,” said Dennis Moline, festival selection committee member. 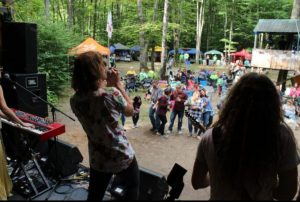 “We are super pumped to get back to the island,” said drummer Justin Perry of Traverse City’s G-Snacks, a group that describes its music as “electronic funk metal” or “electronic slime funk.”

“We have played the last two years and couldn’t be more excited to return this year and play Saturday night. Everyone who puts the festival on are always so great to us and the whole vibe of Beaver Island Music Fest is unparalleled.”

Indeed, even the ferry ride over boasts impromptu jam sessions and performances by musicians as they haul their instruments, amps and assorted gear to the island.

A ‘WELL-KEPT SECRET GEM OF THE MICHIGAN MUSIC FESTIVAL SEASON’

Kalamazoo singer-songwriter Megan Dooley, who played the festival last year, praised festival organizers and Dan and Carol Burton for the hard work they invest in helping prove that “the best experiences might just be the hardest to get to.”

She said the festival is “as folksy, resilient and rugged as the island and its inhabitants” with “delightful musical collaborations, general frolicking in the woods, and lots of toads.” 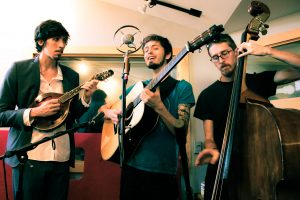 “This event is small enough to be considered a well-kept secret gem of the Michigan music festival season, yet big enough in character and good company to make a wonderful lasting impression on all its participants.”

Brandon Worder-Smith, violinist and mandolinist from The Appleseed Collective, is a returning performer.

“Festivals can be little utopias,” Worder-Smith said. “For a weekend, you can live in the world as you wish it was. This island, for a few days, will become a place where muses roam and dreams press close to the air of rational thought. We do not escape from reality, we escape into it.”

The line-up offers 17 acts, and each artist is handpicked by festival coordinators. Something different about BIMF compared to larger or more commercialized festivals: There are no headliners. Each band is considered to be the top of its genre.

The musicians play on a single stage divided into three smaller areas, giving this festival an intimate atmosphere, as the audience can observe set-ups and tear-downs as well as performances.

“Each artist has the attention of all the festival-goers so that their music is able to be exclusively enjoyed and appreciated,” Burton said. 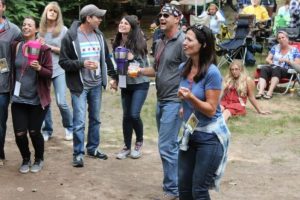 “I am so beyond excited to just soak in this island for the weekend, and I’m pretty sure I can safely say the rest of the band feels likewise,” said Zack Volkers, guitarist and singer for Grand Rapids funk-, reggae- and rock-fueled band Melophobix.

“As far as expectations, from anyone I know that’s ever been says it’s just the best little festival they’ve ever been to and all have expressed the draw and appeal to wanting to go year after year.”

Adult tickets are $90 for three days ($30 Thursday, $35 per day Friday or Saturday) with teen and senior tickets costing $80 ($30 per day). Children age 12 and younger are free. Festival tickets will be sold at the entrance gate of the festival grounds.

Tickets also are available via PayPal online at bimf.net (print out/save your receipt as proof of purchase) or on Beaver Island at the new St. James Boat Shop. (Round-trip ferry tickets run $65 for adults and $40 for children; you’ll pay extra to park in the ferry lot and to bring any mode of transportation with you. See details online at Beaver Island Boat Company.)

In addition to the lush forest and close proximity to a beach, this weekend’s BIMF presents a new sustainability and environmental Eco-Fair. More details online at bimf.net.

— John Sinkevics contributed to this report.