Heaters, Flint Eastwood, The Go Rounds, Kari Lynch, JRob and more will play the free Sept. 30-Oct. 1 event on the pedestrian bridge over the Grand River. See the full schedule. 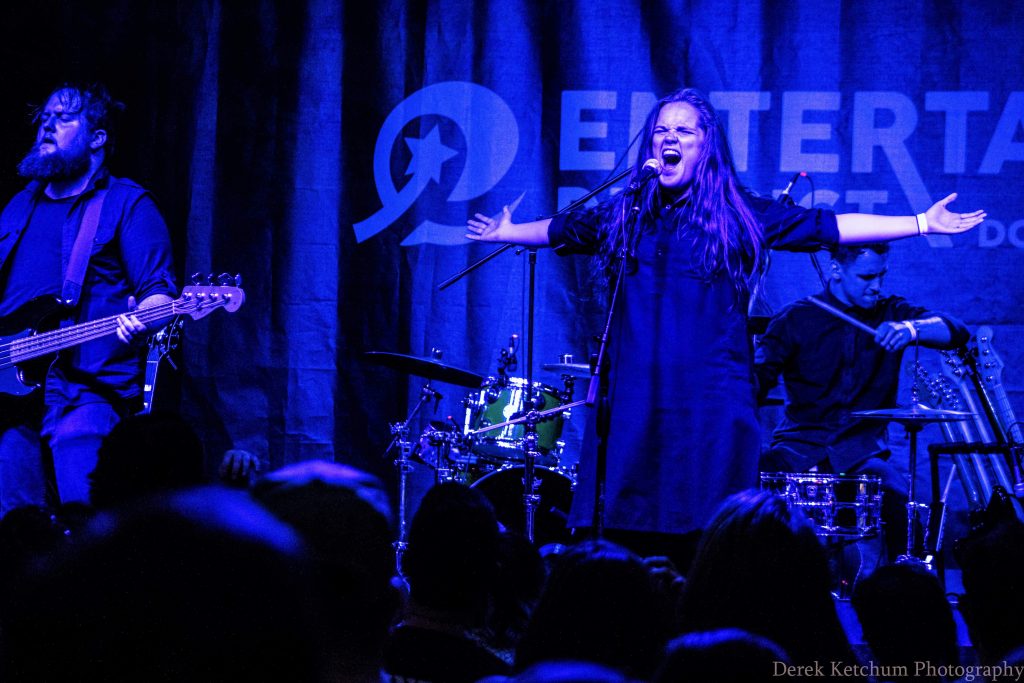 But it wasn’t long before songs and live musical performances weaved their way into the annual event that is largely viewed as a visual art contest, with the eighth edition of ArtPrize that kicks off Wednesday boasting 1,453 entries vying for a $200,000 public vote award and a $200,000 juried award grand prize.

At the time, Grand Rapids producer, musician and song contest originator Michael Crittenden argued that “music is a valid form of art and should be recognized as such.”

Of course, musicians and songwriters agreed, eager to be a bigger part of what’s recognized as the most-attended public art event in the world, attracting upwards of 400,000 people every year.

Still, over the past seven years, various ArtPrize-related music events have come and gone, from those St. Cecilia showcases to busking by ArtPrize song entrants at various locations around Grand Rapids to last year’s short-lived “Eddy” venue and festival along the Grand River that canceled some scheduled shows and failed to generate expected crowds (except for one jam-packed concert by The Avett Brothers).

This year, ArtPrize has switched gears yet again, presenting the first-ever Blue Bridge Music Fest, a two-day showcase of diverse, regional music that will be staged Sept. 30-Oct. 1 on the blue pedestrian bridge spanning the Grand River in downtown Grand Rapids.

“It’s another thing downtown to show the average ArtPrize fan that we have a music scene,” said festival organizer Quinn Mathews, station manager for community radio station WYCE-FM and part of the Channing & Quinn folk duo that won the 2014 folk/country category of the ArtPrize song contest.

With regional stars such as Flint Eastwood, The Go Rounds, Heaters, Kari Lynch, JRob, Edye Evans Hyde, ensembles from the Grand Rapids Symphony and more performing, the free festival – on a bridge bustling with ArtPrize pedestrian traffic – aims to be a “very relaxed and fun” event, with food, beer and a “pop-up record store” set up by the Dizzybird Records label.

SIMPLE, FREE WITH A CASUAL ATMOSPHERE

“It’s a simple, free thing,” Mathews said. “I’m not trying to put on a big music festival…It’s just a casual atmosphere for families or kids or adults or whatever.”

Throughout ArtPrize, the Blue Bridge also will host acoustic busking performances (aka, “sessions”) by musicians with song entries in the competition.

The development came after St. Cecilia determined it “couldn’t house the music portion of ArtPrize” or the usual listening stations for 2016 song entries due to ongoing building renovations this fall.

So, Grand Rapids-based AMI Entertainment instead has set up six digital jukeboxes in the downtown area loaded with 47 ArtPrize song entries. The free jukeboxes – located at the main ArtPrize hub/headquarters, in downtown skywalks and elsewhere – serve as listening stations for the musical entries.

The top vote-getter in each category based on public ArtPrize balloting will win $1,000; a panel of judges also will choose $1,000 winners in each category as part of “critic’s choice” awards.

(Song entries, of course, also are eligible to win the main ArtPrize awards, though none has ever come close in past competitions.)

Country singer Kari Lynch — who plays the Blue Bridge Music Fest on Oct. 1 — has entered the song, “Sweetheart,” which was co-written with Brian Donkers, recorded in Nashville and appears on her new studio album.

“I’m stoked to be part of the first Blue Bridge Fest. I think it’s awesome that music is becoming more and more a part of ArtPrize each year,” said Lynch, who recently moved to Nashville from Grand Rapids.

The singer noted that she’s met fans “from all over the country who have heard of ArtPrize and know of Grand Rapids as a lively, vibrant and artistic city.”

For Mathews, the Blue Bridge Music Fest adds to that climate by offering ArtPrize visitors live regional music in a convenient location for free. 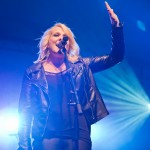 “The part of music at ArtPrize that I never really got a full understanding was, where to go? Where is the music? The busking was always cool, but it was random, you just stumbled upon it,” he said.

“So, one of the busiest spots downtown connects the East to West across the river, The Blue Bridge. It’s a great spot, so everything on the Blue Bridge this year is music.”

Grand Rapids’ ArtPrize runs through Oct. 9, with public voting in the first round of the competition ending at midnight Oct. 1. After that, the public can cast votes for the Top 20 finalists, with the grand prize winner announced on Oct. 7.

Get details online at artprize.org.