Local Spins asked The Crane Wives’ Kate Pillsbury to provide her take on the much-respected singer-songwriter’s Monday concert at Meijer Gardens. Her review, with a photo gallery by Kendra Petersen-Kamp. 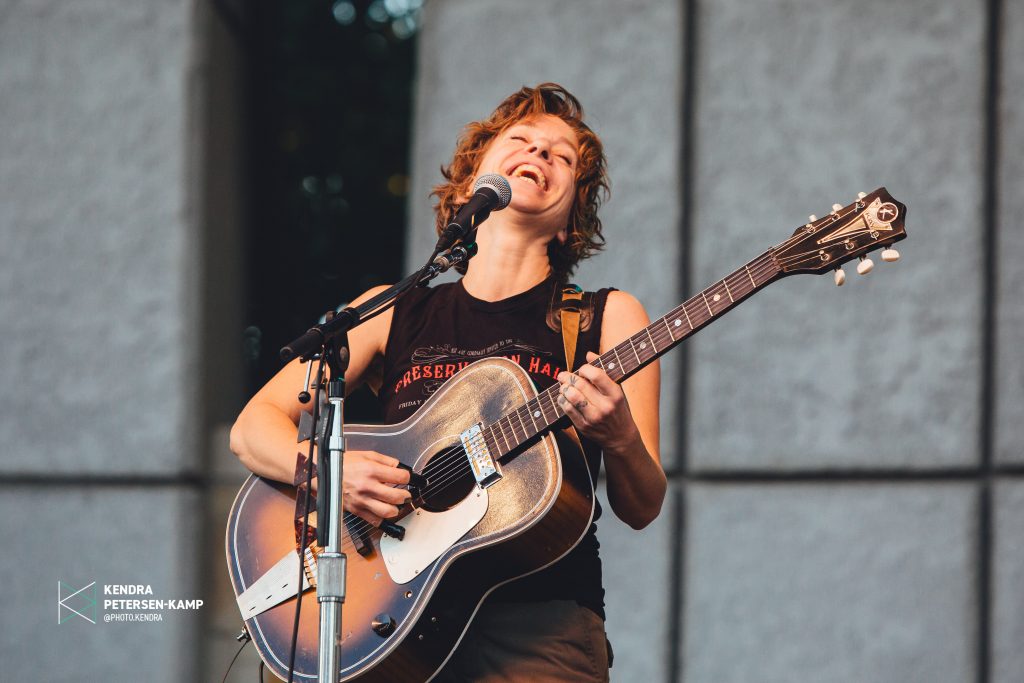 Pure Joy to Be Back on Stage: Ani DiFranco on Monday played just her second show in 18 months. (Photo/Kendra Petersen-Kamp)

EDITOR’S NOTE: Local Spins asked musician Kate Pillsbury of The Crane Wives to provide her take on Ani DiFranco’s performance Monday at Meijer Gardens. Pillsbury is a writer and musician based in Grand Rapids. She devoted much of the last decade of her life to performing with her band The Crane Wives. Due to the pandemic, her focus has shifted to developing a body of solo music, as well as resurrecting her bachelor’s degree in creative writing to explore the art of personal narrative. She lives in a small house on the Grand River with her partner Alex and enjoys cooking, listening to audiobooks and dabbling in ceramic arts in her free time. She can’t wait to get back to performing with her best friends. 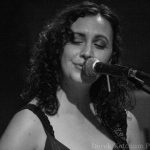 As she puts it: “Ani DiFranco had a huge impact on my life at a young age. Before I knew how to talk about depression and anxiety, Ani and other songwriters like her helped me tap into my dynamic emotional range as a tool for songwriting and creative exploration.

If I had to write a list of songs that have changed my life, ‘So What’ would be at the top. Ani has a profound ability to paint a gorgeous mental image while cutting to the heart of the human condition. She’s real and raw, and seemingly unafraid of the power that she holds within herself.” Here is her review of Monday’s show.

When Ani DiFranco strode on stage Monday evening in a casual black cut-off tank top and faded brown cargo pants, her die-hard fans at Frederik Meijer Gardens & Sculpture Park hopped to their feet, spurring the rest of the crowd to welcome her with a pre-show standing ovation.

For the entirety of that first song, and for the rest of the show, the songstress donned the giddy smile of a seasoned musician finally reunited with her fans. A sea of enamored faces gleamed back at her, many of them feminine Gen X’ers with tattoos or flowy clothing. Very on-brand for fans of Ani.

After spending time off the road due to the COVID pandemic, the musician and activist is now touring to support her January album release, “Revolutionary Love.”

“This is the second gig I’ve played in a year-in-a-half,” she quipped early on. “I was thinking I should give you a safe word, like if I suck too hard you can go to the box office and say ‘swordfish’ and get your money back.”

An impressive and understated rhythm section joined DiFranco on stage: Drummer Terence Higgins and stand-up bassist Todd Sickafoose. The three of them made a tight outfit, invigorated by a close-knit stage setup. 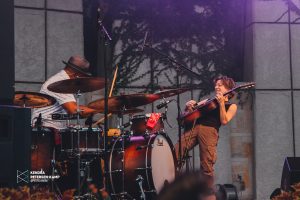 Ever the egalitarian, DiFranco’s mic was placed parallel to her bandmates, rather than front and center like a typical lead singer. While unusual and a little disruptive to the sight lines of fans in the wings, the placement enabled the trio to connect throughout the show and keep their energy high. Di Franco might be known for her lyrics, but it’s clear from the delight on her face when she steps off the mic and shifts her body toward her bandmates that she loves jamming.

Throughout the night, the band played many songs off of the new album and a few old favorites, as well as a cover of the Beatles’ “Help!” Fans were particularly enraptured by DiFranco’s performances of “Your Next Bold Move” and “My IQ.”

The songwriter is famous for her anthemic “call out songs,” and took a moment to point out how after 30 years, she realizes that those songs, while written about other people, create opportunities to hold a mirror up to her own shortcomings. She chuckled as she admitted that her songs bring into sharp focus her own psychological projections, saying, “I hate it when you do that stuff that I hate about myself.”

And that’s what makes her fans love her: She embodies strength combined with humility. She is kind without being meek, and always striving to be a better person. There’s a certain letting down of hair that happens at an Ani Di Franco concert, an awareness that you’re safe in the midst of a crowd of people who are trying really hard to be good.

Before their dose of Ani, fans started the night on a high note, with Iowa native Elizabeth Moen opening the show with her powerhouse singing. She accompanied herself with immaculate guitar prowess and bantered between songs with dry and companionable wit.

“Getting to open for someone who’s just so inspiring musically, and also as a person, is really special,” Moen said of the opportunity to tour with DiFranco. “It’s so fun to play my set and then get to sit back and relax, and watch how many lives she’s touched, how many people are here at every show to soak in whatever she’s saying. It’s just nothing but good vibes.”

And indeed, with their good vibes and attentive listening, the audience at Meijer Gardens no doubt secured a future visit from DiFranco to Grand Rapids. 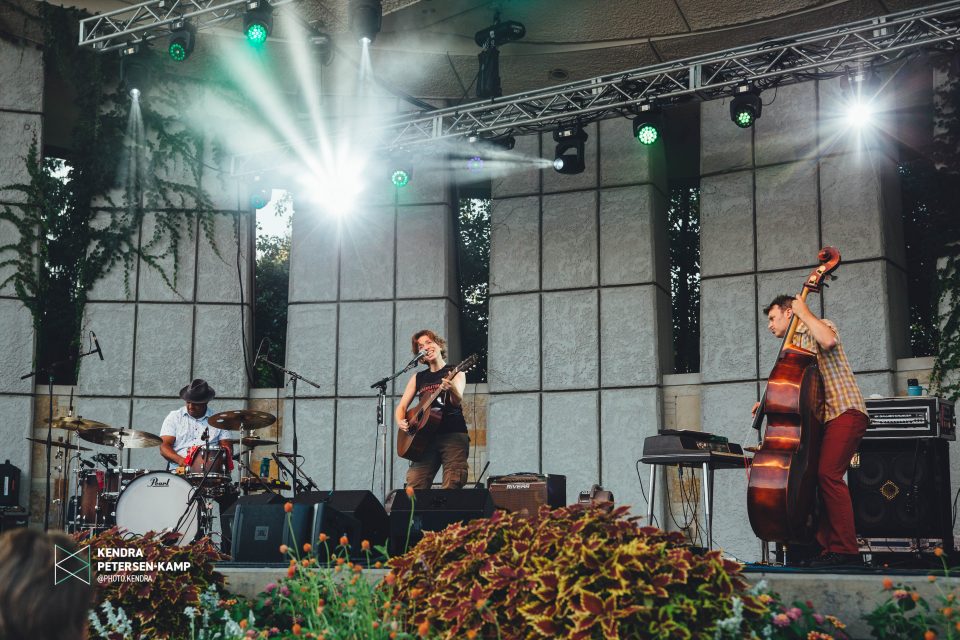 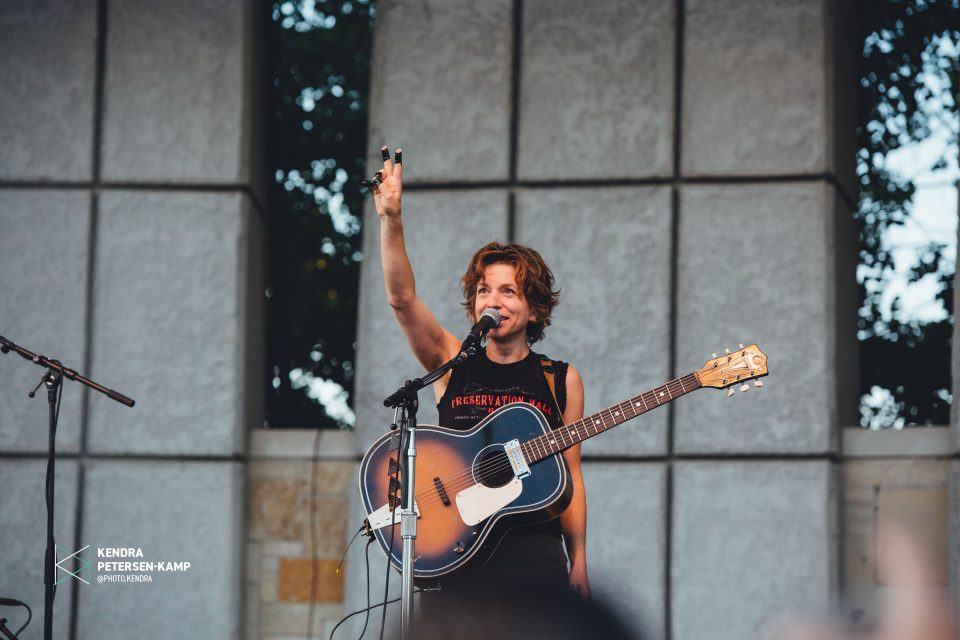 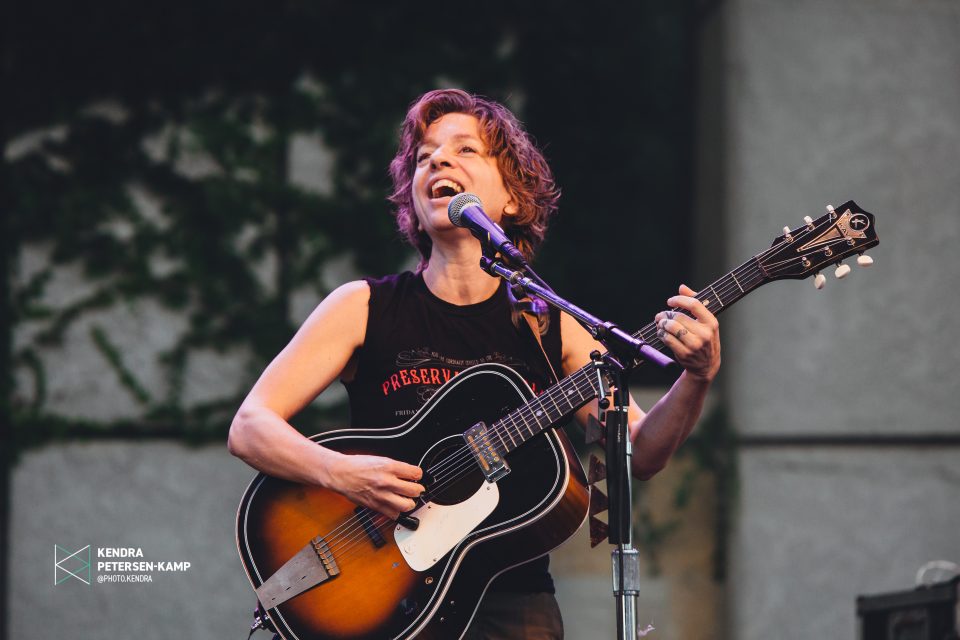 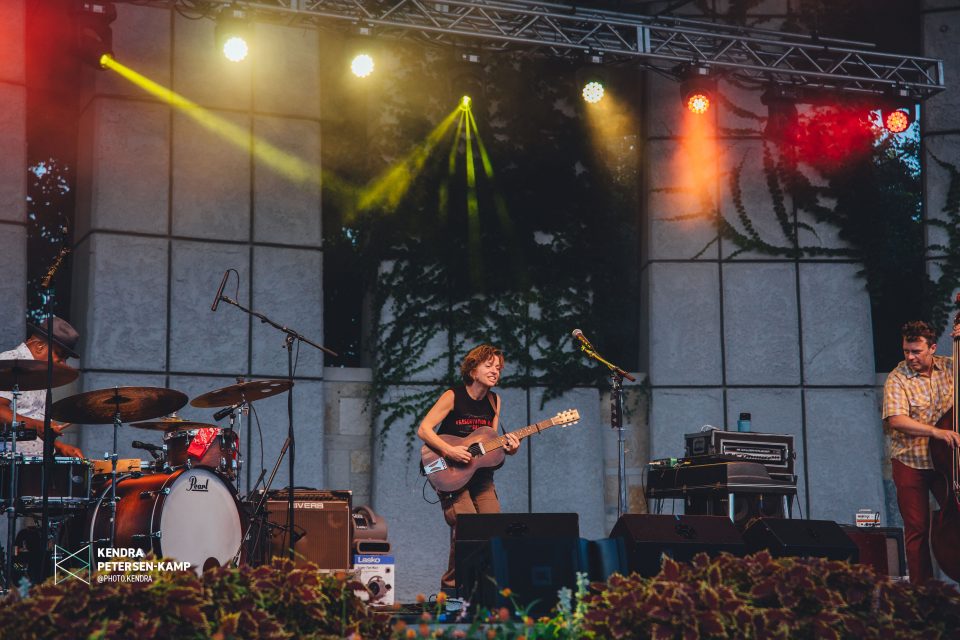 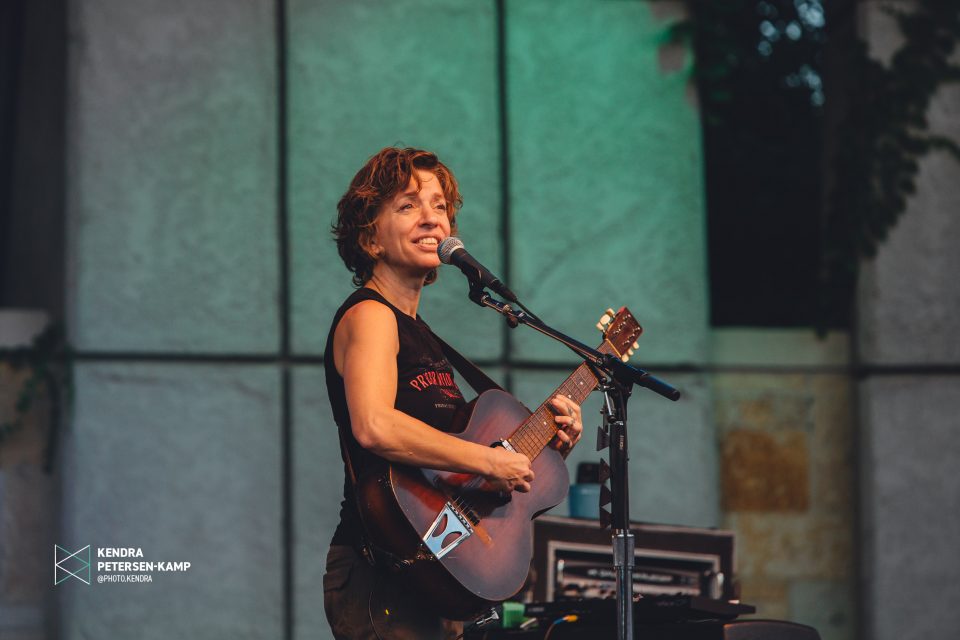 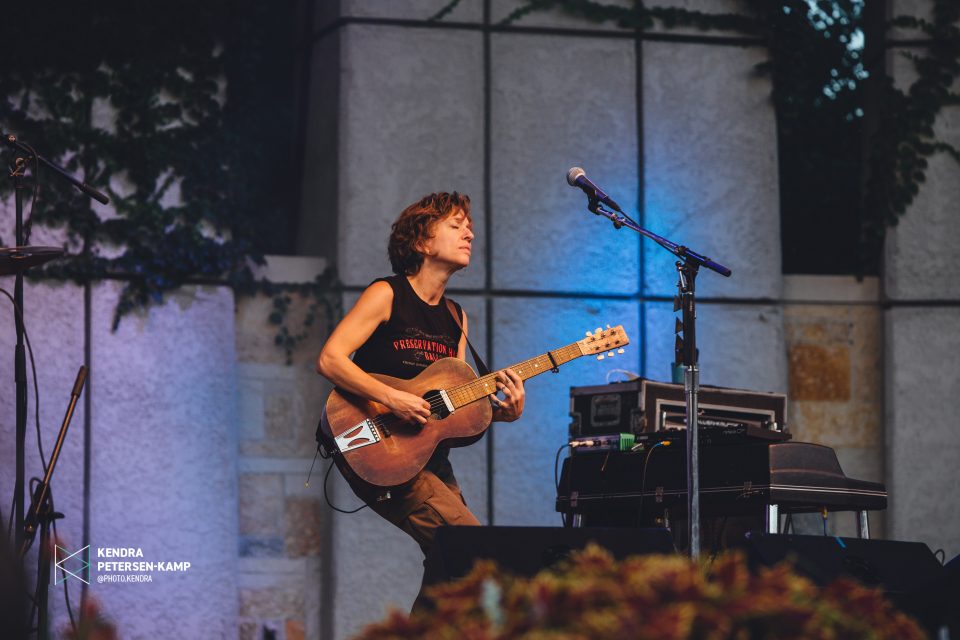 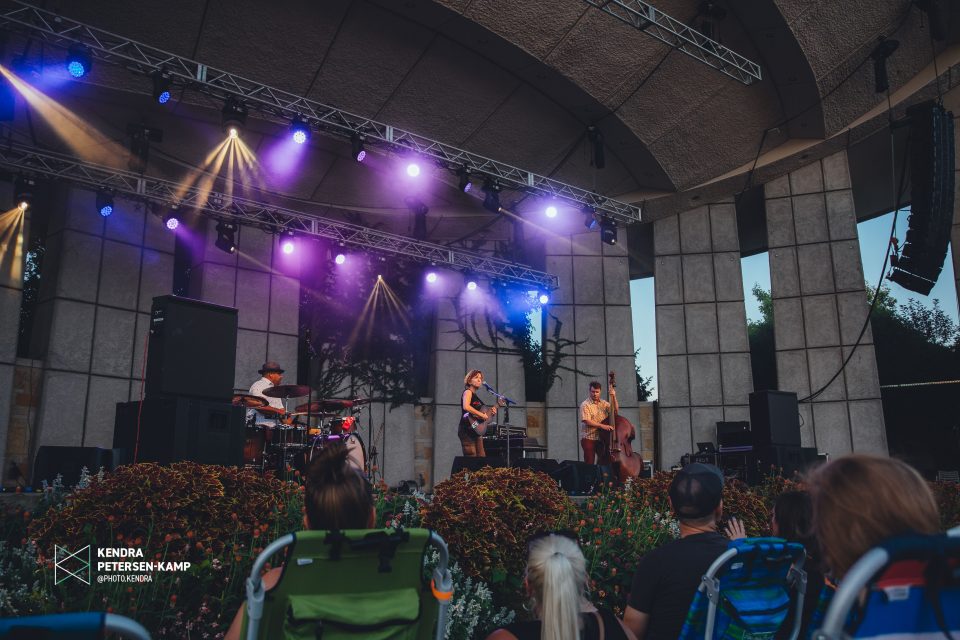 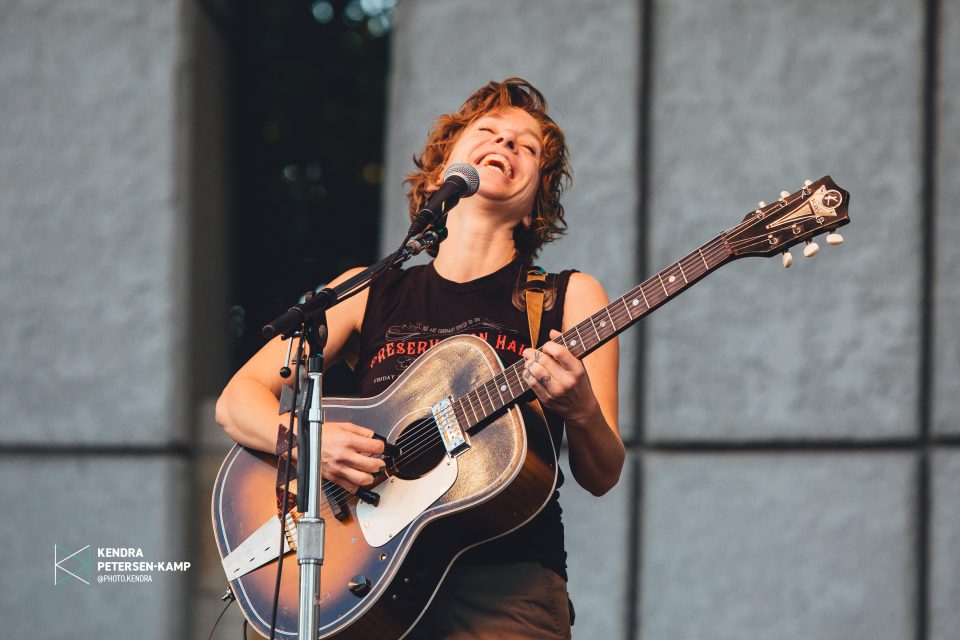 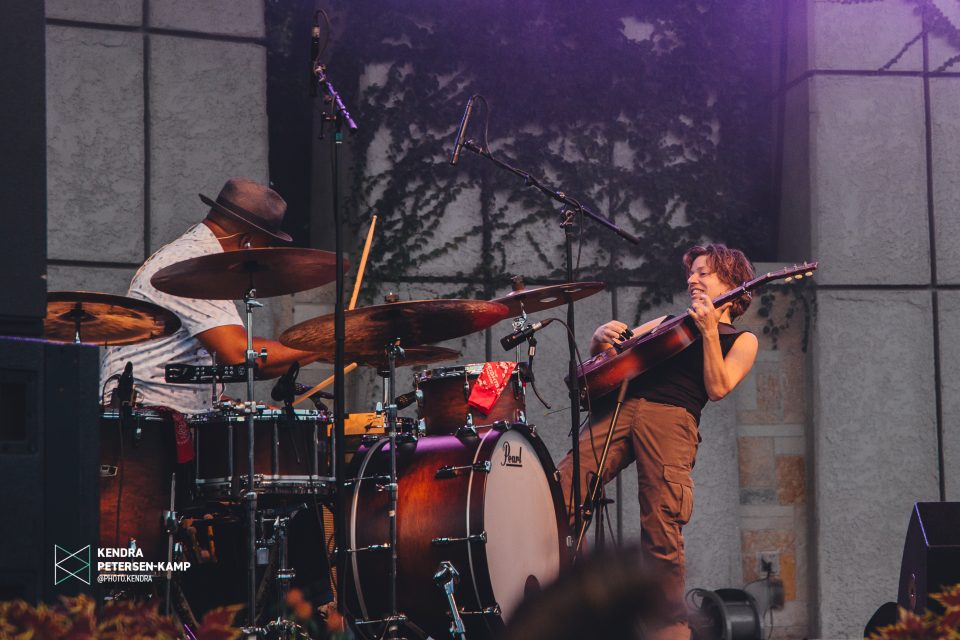 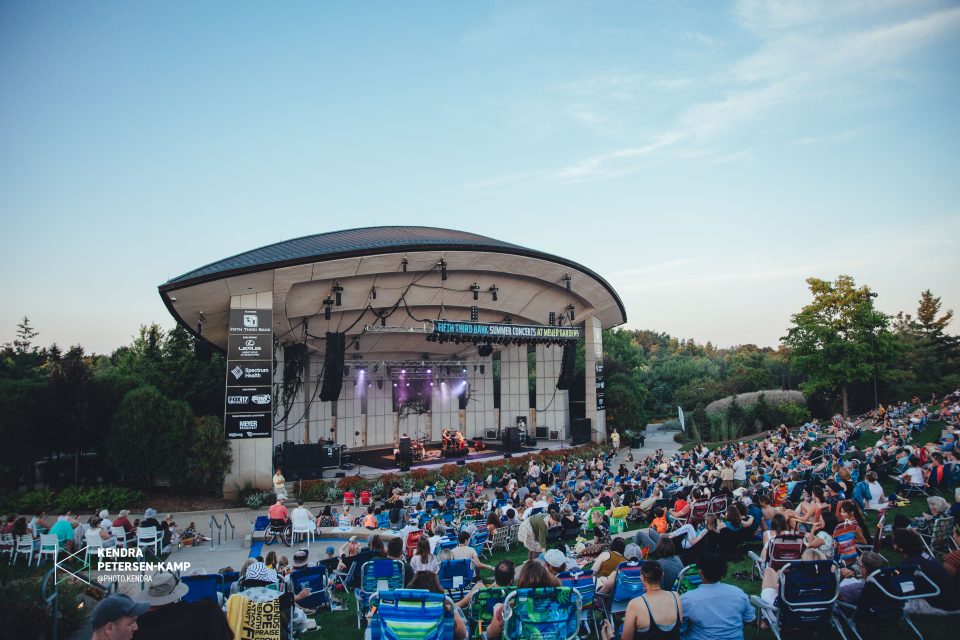 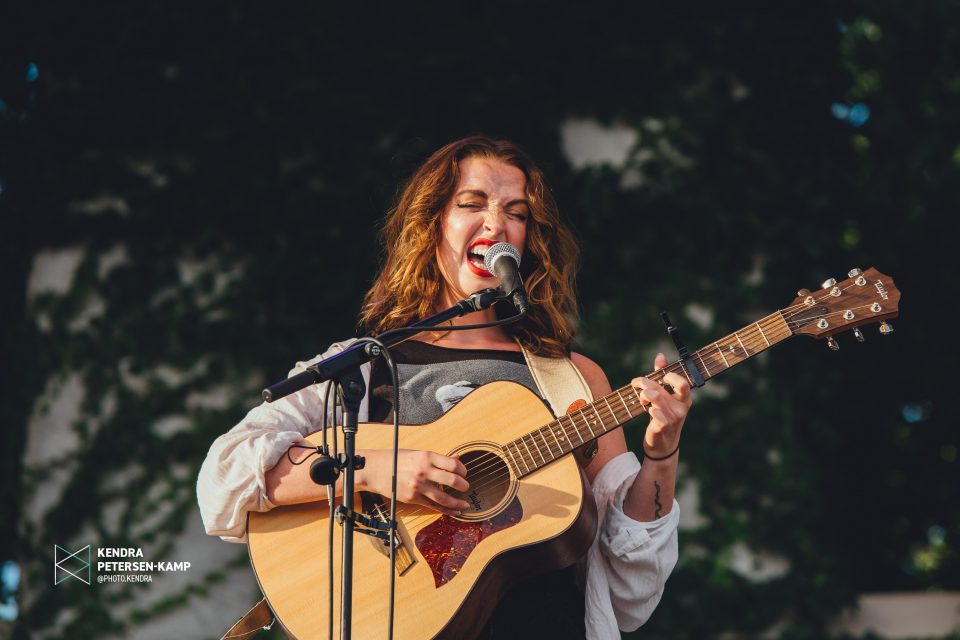 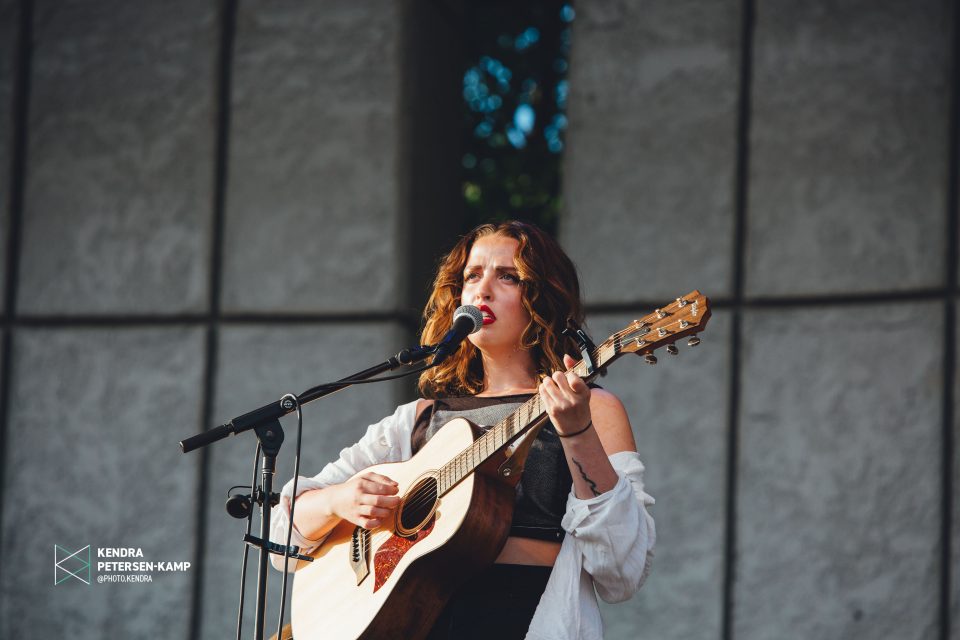 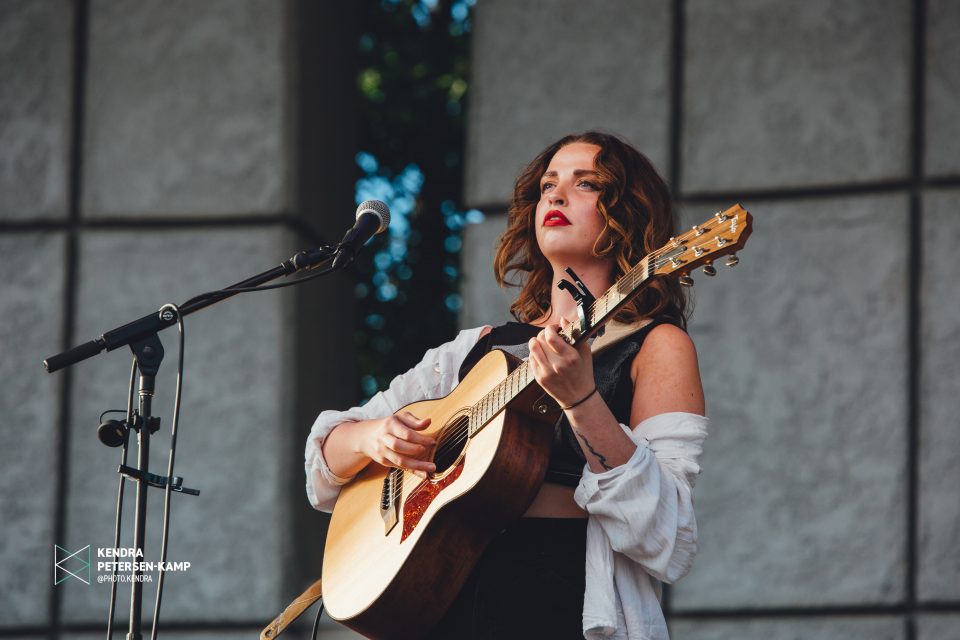 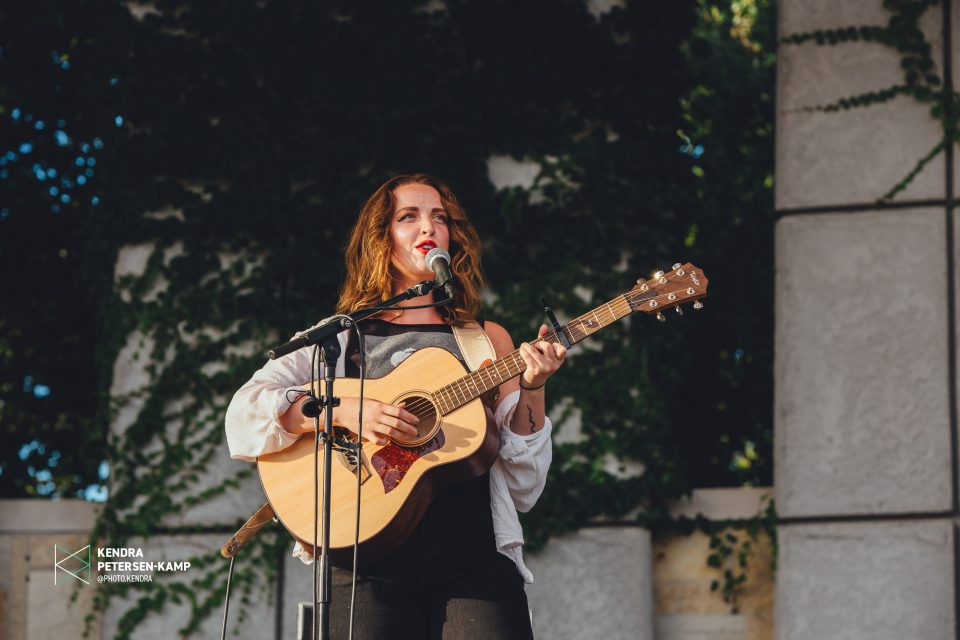 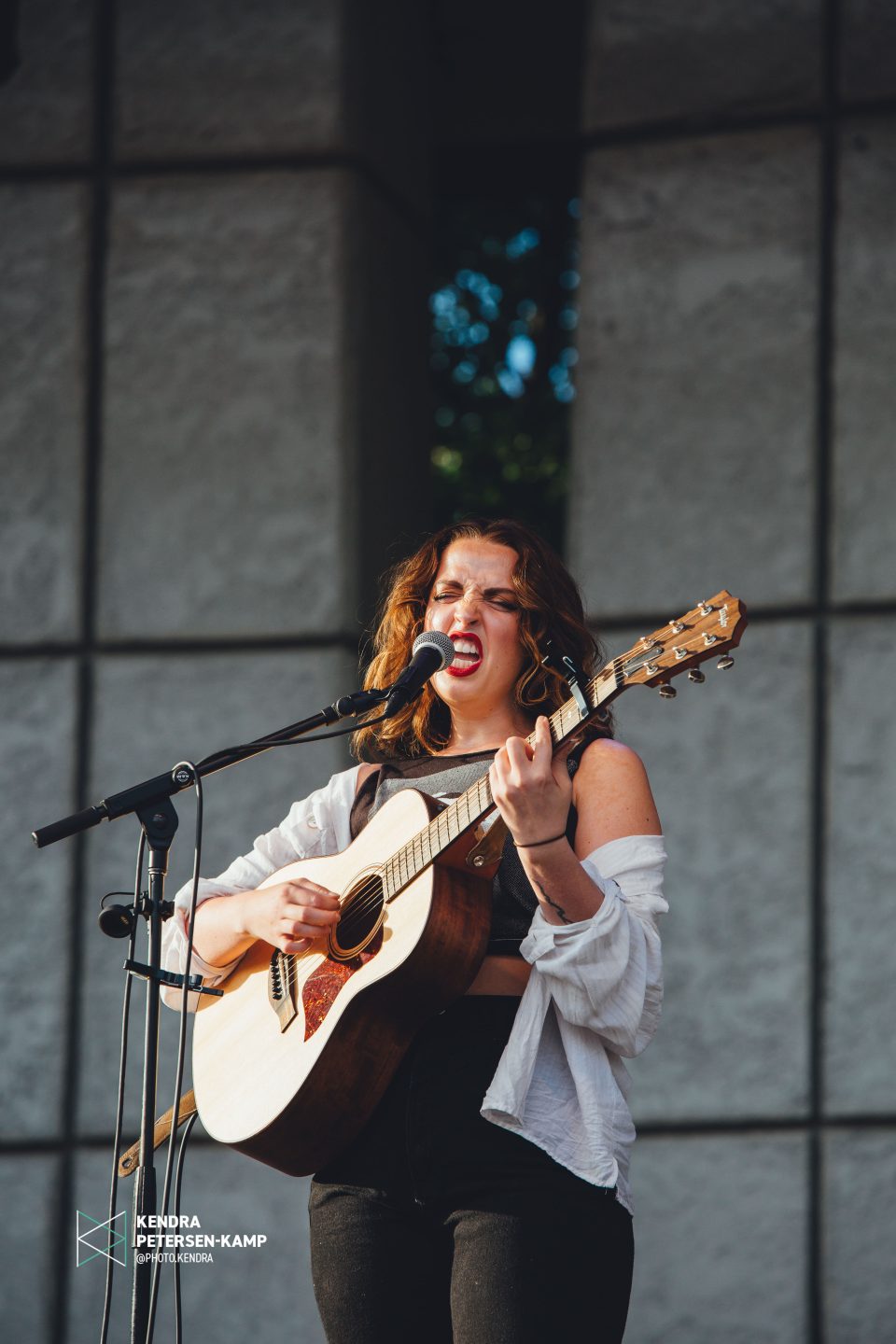