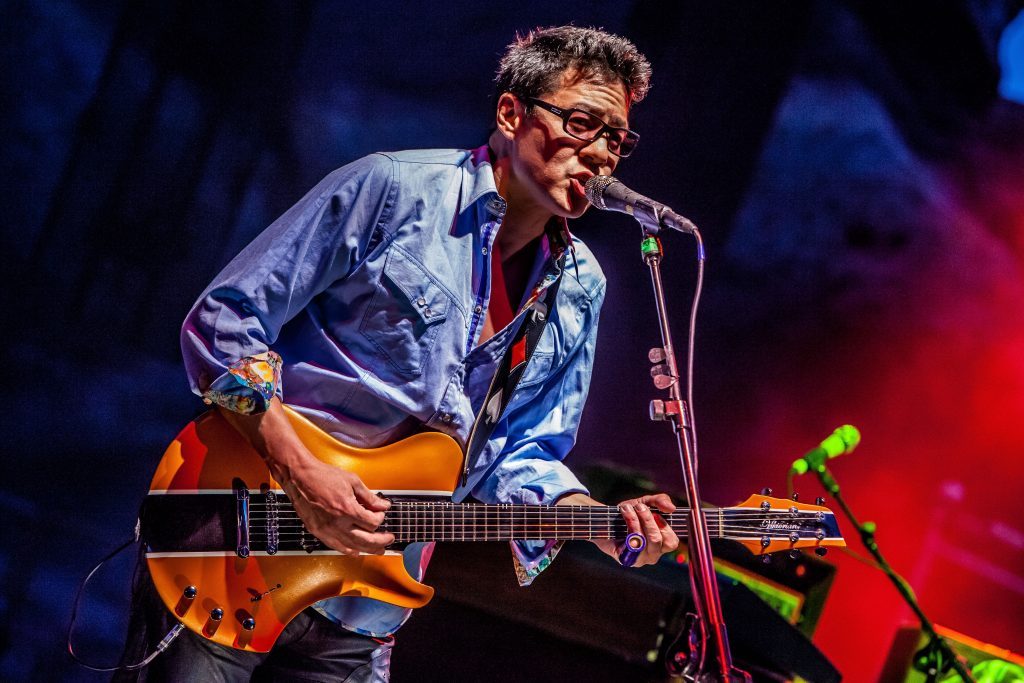 THE ARTIST: Big Head Todd and the Monsters
THE MUSIC: Alternative blues rock
WHERE YOU CAN SEE THE BAND: 7:30 p.m. Thursday at Kalamazoo State Theatre, with special guest Luther Dickinson

Big Head Todd and the Monsters are coming off a big year and readying to embark on a busy 2018. Having just released its 11th studio album, New World Arisin’, and having hit its 30th anniversary as a band, BHTM is back out on the road, touring through the Midwest and along the East Coast with the support of Luther Dickinson (Black Crowes, North Mississippi All-Stars).

The long-time alternative blues rockers from Colorado, who exploded onto the scene in the early 90’s with hits like “Broken Hearted Savior,” “Sister Sweetly” and “It’s Alright,” will be stopping by Kalamazoo’s State Theatre this Thursday night. The show starts at 7:30 p.m. Tickets are $32.50, available online here.

In advance of the gig, front man Todd Park Mohr took time to answer some questions from Local Spins’ very own Ryan Boldrey. Here are some of the highlights of that conversation. 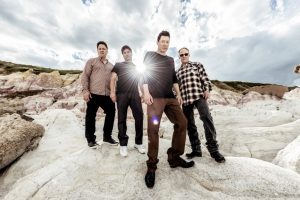 Local Spins: “New World Arisin’” is your 11th studio album, 13 if you count the two Big Head Blues Club albums, what do you feel sets this album apart from some of your earlier work?
TPM: One thing that sets it apart is there is no balance on it (laughs). It is kind of an up-tempo, more aggressive guitar, rock-pop album. I think it has been probably since Sister Sweetly (1993) and Stratagem (1994) since we’ve had such a straight-ahead rock album.

Local Spins: I read somewhere that the songs on this album had been written over a period of about 20 years. Does that maybe speak a little bit to what you are saying about the lack of balance on the album, as well as that return to the vintage Big Head sound?
TPM: “Glow” and “Mind” are the two older songs, written in ’95. They were written over a period (after Stratagem) when the label wasn’t happy with the direction of the band and we had some disagreements and weren’t allowed to put out records for about four years. A lot of the songs that I was writing then I might describe as very rock-like, and they were just a little bit outside of the more adult contemporary sound that I guess (the label) was expecting from us, so they just kind of sat on the shelf for a while. This album, which was exactly what I wanted it to be, has more of that alternative-rock-pop feel and everything just kind of fit in nicely.

Local Spins: As you talk about that return to that kind of grittier, guitar-driven feel, how is that affecting recent shows and what should your audiences expect from your upcoming gigs?
TPM: At our recent shows, we have obviously been supporting this album, but we are also playing the old favorites that our fans expect to hear. I say we are about one-third (new material), one-third (classic favorites), one-third, and that other third is what our massive song list allows us to play.

Local Spins: So it’s really just pulling that balance from across the catalog?
TPM: Yeah and it’s a tricky one too because we want to demonstrate that we’re contemporary, that we are moving ahead and viable, but at the same time a lot of our fans are interested in (the older part of) our catalog as well. I want to make everybody happy.

Local Spins: Talk a little bit about hitting year 30 as a band, if you would. It’s a pretty monumental anniversary. What do you feel Big Head’s legacy is up to this point and where do you see things heading over the next decade?
TPM: I guess I see our legacy as driven by our live show, and the fans that support it. I am really proud of the fact that we haven’t been a media band. It’s been since ’93 since we’ve had a commercial hit, really. But what has kept us going has been consistent writing, working on it and improving our live shows and having a great relationship with our fans. I’m really proud of “New World Arisin’.” The thing I am most proud of is that people are saying that it’s getting them excited about music, and I’m glad to be making relevant music 30 years in. It’s an incredibly fortunate thing and I hope that we can continue to make more relevant music in the future. 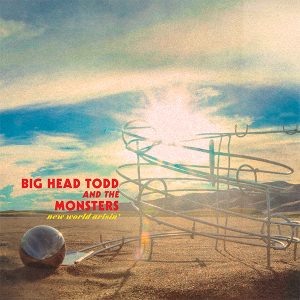 Local Spins: Not too many bands can say, hey here’s these three (out of four members) guys that met in high school, and they are still together after all these year. What’s that relationship been like and what’s kind of kept the glue together so to speak.
TPM: I would say what’s kept it together is music and our audience. If we didn’t have a viable career, we wouldn’t be beating our heads against the wall. Aside from that, obviously, we get along, we listen to each other, we are good friends and we are working together for a common goal and when you have those things it really isn’t difficult to stay together. Of course you have conflicts, but like I said, listening is a big thing. I think that’s what makes great bands great. If everyone involved can listen to each other and really be open to other people’s points of view, that’s important.

Local Spins: In terms of listening to each other’s ideas, as the lyricist in the band, are you also the primary songwriter then, and how has that process evolved over the years?
TPM: It’s a benevolent dictatorship as far as I know (laughs) … But seriously, I bring music to the band, and oftentimes they feel uninspired to the song. Sometimes they feel inspired and a lot of times we’ll take a song and work through it together and make it a Big Head Todd song. I consider writing to be the most important part of my job.

I think songwriting is, they say it’s the real estate of the music business, and it’s really hard to move forward without great songs, no matter how good of a player you are. I’ve always emphasized that. As a process, I like to think that I’ve grown. Obviously, there are songs that I wrote 30 years ago that we are still playing today that people still love. And all of that is good, but I think how I’ve grown is over the years I’ve learned a lot more about traditional music, especially blues.

We did two of those Blues Club records, one for Robert Johnson and one for Willy Dixon and that experience really helped me to see how big a song really is. The ingredients of it are always things that are really old and well-traveled. Whether it is chord progression, or a lyrical theme, they say there is no such thing as original ideas, but as far as what I believe is where freshness comes from is you just work really hard at it every day. It’s like saying I love you. You’ve got to say it every day. It’s the act of saying it that makes it new.

Local Spins: As far as influences go, you were just talking about Willie Dixon and Robert Johnson and what you gathered there, but in terms of other influences, how have those kind of evolved for you, in terms of who you have been listening to lately that has helped shape what you are doing?
TPM: As a guitarist, I’ve been very influenced recently because of YouTube and just the instruction that is available there. There’s a whole lot of incredible instructors that will show you how to play any lick and so that’s been a really important part for me that I’m really excited to continue to learn. As far as guitar players, Eric Gales has been a revelation for me. He’s a blues guitarist who has combined a lot of the harmonic stuff of Eric Johnson, a lot of technique, and his own sound and he’s been really inspirational. YouTube has been quite inspirational to me. There’s such a wealth of material on there from the 30s and 40s, there’s a lot of artists that I enjoy watching. I can’t say enough good things about it.

Local Spins: YouTube is a great artist. I’m a big fan as well. (Both laugh). Speaking of the blues, can you talk a little bit about Luther Dickinson and the decision to have him along for some of the dates this tour, and what attracts you and the guys to his style.
TPM: Well, I am a big-time blues fan, I love delta blues in particular. I think The North Mississippi All-Stars have a unique place in the music world because they bring in spades that Delta sound and they also have a very pioneering, innovative sound of their own. I’ve had a lot of respect for Luther over the years and I’m actually surprised that he was up for it, but very glad to have him on. Hopefully we’ll be playing some slide together.

Local Spins: Is there anything else you would want to add?
TPM: Just looking forward to being in Kalamazoo. We’ve had a lot of great shows there. Been to the State Theatre many times and it’s always a good time. Can’t wait and we’ll see you soon.

VIDEO: Big Head Todd and the Monsters, “Damaged One”