From pop to rock to funk to electronic charm, this late May roundup of West Michigan album releases covers the gamut. Check out the review, listen to the music. 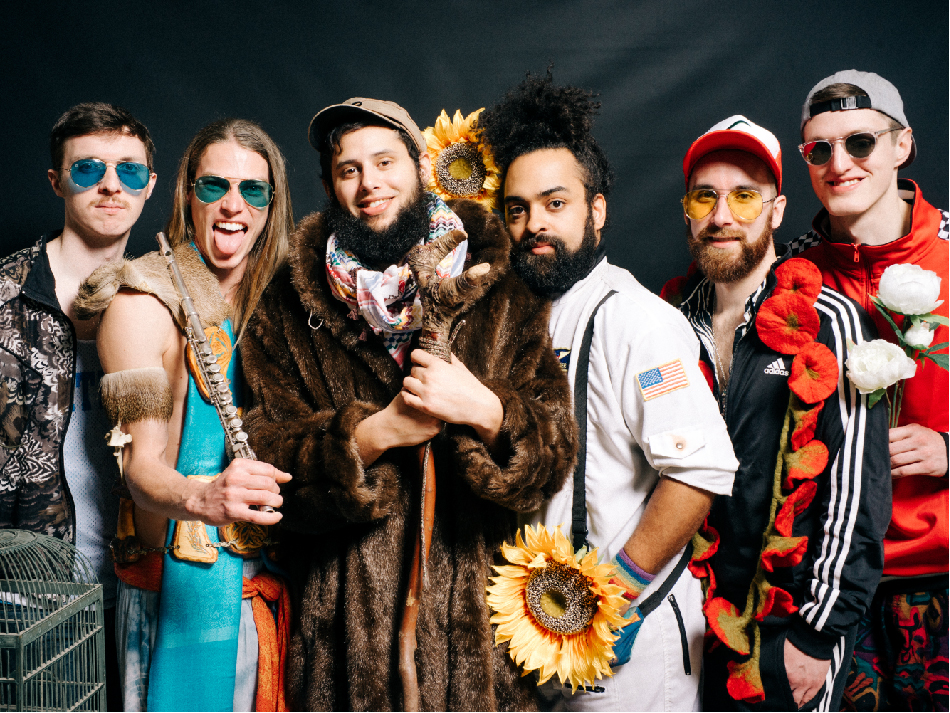 All of it is on display in this late May roundup of new releases by West Michigan artists. Get the lowdown and listen to the music in the reviews by Local Spins writers. 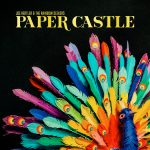 
From the slow pop-infused groove of the album-opening “Under Water,” Joe Hertler & the Rainbow Seekers are quick to take listeners on a transcendental genre-spanning and lyrical trip with the Michigan band’s fourth studio release, “Paper Castle.” Refusing to settle into a specific sound, Hertler & Co. have further cemented a sound of many influences – one that fits them perfectly, offering a little bit of everything without ever shortchanging their fan base. Highlighted by the saxophone playing of Aaron Stinson and fueled by the drumming of Ryan McMahon, the band turns it up quickly on the album’s easily relatable second track, “Loser,” before shifting gears once again into the psychedelic R&B “Slow Burn” and the extremely danceable “Evening Coffee,” the latter of which casts light on the work of keyboardist Micah Bracken and bassist Jason Combs. At the heart of “Paper Castle” is undoubtedly the lyrical and vocal prowess of Hertler, perhaps at its strongest during the album’s anthemic centerpiece, “Passing Through,” where he churns out poetic lines such as “Dust devils spun like fading genies, dying ghosts of desert dreams, the boiling clouds descended where we lay.” And there’s the simplistic, uplifting, chorus-leading lines: “Maybe I’ll lose my shit tomorrow, give way to all my sorrow, today’s not the day to fall apart.” Hertler’s introspective and soft-sung “Waiting” — which also underscores the guitar work of Ryan Hoger — and “Fading Marks” also deliver, the latter of the two hitting with lines such as “Despite all the changes, the sunlit windows still looks the same” and “There’s so much we forget if we let our days become the same.” Recorded at Make Believe Studios in Omaha, Neb. and produced by Grammy-nominated Clarkston native Rick Carson, the LP also features the quirky, feel-good, 90s alt-garage rock “Last Two Dinosaurs Alive,” the funky “This is The Future,” up-tempo prog rocker “When the Morning Comes,” groove-laden “Beautiful Day” and joyous and celebratory album-closing “Death Don’t Worry About Me,” the album’s first single. – Ryan Boldrey
Website: www.joehertler.com
Upcoming Michigan Shows: 8 p.m. Friday (May 31) at Old Dog Tavern in Kalamazoo (with Michigander and The Hacky Turtles); Saturday (June 1) at Treeverb Music Festival and The Blind Pig in Ann Arbor; June 20 as part of Max and Emily’s Summer Concert Series in Mt. Pleasant; June 27-30 at Electric Forest in Rothbury; July 13 at Blissfest outside Harbor Springs; Aug. 9 at Cowpie Music Festival in Caledonia
Listen: “Death Don’t Worry About Me” 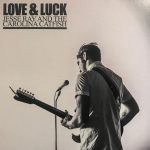 Any concerns that Jesse Ray & The Carolina Catfish might mellow with age – after hundreds of gigs and thousands of touring miles – get thrown out the window from the get-go on “Love & Luck.” The opening blast of “Story Song,” a rollicking autobiographical romp, sets the stage for another full-throttle collection of rousing rockabilly, raw-to-the-bone blues and just plain retro rock ‘n’ roll. Charismatic frontman, guitarist and singer Jesse Ray Cahue and drummer Brandon “Dingo” Hopp get a bit of help from bassists Justin Avdek, Dominic John Davis and Tommy Schichtel in this project recorded at Grand Rapids’ all-analog Goon Lagoon, but this still really comes off as the stripped-down, two-man affair that’s distinguished the band since its humble beginnings back in 2013. And no track exemplifies the unvarnished, unharnessed ferocity of this Grand Rapids duo than “Rockabilly Chicken Chinese,” a silly-but-savage rocker (written with an assist from Nathan Purchase) propelled by Jesse Ray’s screams, an overdriven guitar and Hopp’s manic drumming. “Bank Robbery” and the album-closing “Jungle” are a close second, flaunting the sort of relentless brute force of a band that may have been born in the wrong era but is rattling the New Millennium in deliciously fierce fashion. – John Sinkevics
Website: https://jesserayandthecarolinacatfish.com/
Upcoming Shows: June 21 in Allegan for the Rollin’ on the River Concert Series; July 25 in Lowell for the Sizzlin’ Summer Concerts Series
Listen: “Anchor Bartender” 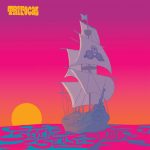 Kalamazoo psych-funk trio Trifocal recently unleashed its debut LP, “Seven Seas of Sound.” Highlighted by spacey, psychedelic drum- and bass-driven jams and trippy, well-timed guitar solos by Eric Carlstrom, the eight-song album offers up a solid glimpse of the band’s lengthy, extended jams that have been helping unify and build their fan base around the Midwest over the past year or two. Effectively fusing elements from multiple genres, the trio doesn’t hesitate to take chances, shifting the musical flavor from straight funk to Rastafarian to ’90s psychedelic garage funk, at times even mid-song. Dean Lind’s bass lines and Adam Hastings’ drumming are at the core of these shifts, but the fact that each of the three members trade off on vocal duties from song to song also lend to the change in feel. Despite the constant rotation of frontmen throughout the album, “Seven Seas” flows nicely from track to track, progressively pulling in the listener more as the album spins on. Lighthearted lyrical pieces such as “Papa Pete’s Hot Sauce,” “My Niece’s Telekinesis Sneezes” and “Trash Sound” dot the landscape. More introspective tunes such as “Imagination” and “Hourglass” have their place as do the road and sea-driven “Cider,” “Seven Seas of Sound” and funky “Don’t Stop.” This record definitely does one thing extremely well and that’s bring the funk. – Ryan Boldrey
Website: https://www.facebook.com/TrifocalBand/
Upcoming Shows: 8:30 p.m. Saturday (June 1) at Shakespeare’s in Kalamazoo; June 15 at Hoodilidoo Eleven in Constantine; Aug. 8 at Cowpie Music Festival in Caledonia
Listen: “My Niece’s Telekinesis Sneezes” 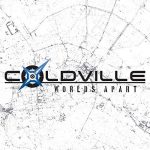 After a band reformation, a whole lot of shows and eight years since releasing its first album, West Michigan “new rock” outfit Coldville (Luke Ponce on lead vocals, Matt Millering on drums, Aaron Lutz on guitar and Jimmy Blankenship on bass) has finally unleashed its sophomore full-length recording. And Coldville remains current and fresh where similar bands have languished in the past. In fact, Coldville has managed stay socially and musically relevant. Album opener “Do What’s Right” kicks off “Worlds Apart” with a riff tasty enough to satisfy any headbanger. This opens up to an introspective and emotional album, combining themes of social unrest, tragedy, personal growth and reflection, anchored by Ponce’s stellar vocal performances. Coldville isn’t afraid to display its influences while maintaining its own distinctive spirit. “Didn’t Know” reflects Coldville’s self-professed love of Jacksonville, Fla.’s Shinedown but shines on its own with excellent production, and with rhythms and tones kept delightfully cohesive throughout. It makes “Worlds Apart” a solid album full of heart and hard rock. – Molly Long
Website: http://www.coldvillemusic.com/
Upcoming Show: 9:15 p.m. June 7 on Circle Stage at Rosa Parks Circle for Grand Rapids Festival of the Arts (Tour Kickoff)
Listen: “Do What’s Right” 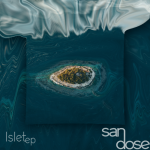 Grand Rapids producer and Samsara Family Collective founding member Sandose takes listeners to a tropical beach on his debut EP, “Islet.” Leaning on knowledge of music production gained in Grand Rapids Community College’s Digital Audio Certificate program, Sandose creates his own organic bass sound, marking his signature sound. The leading track “Bottle” starts out with sounds from a rainforest, creating the energy that persists throughout the record. Wind and waves move throughout the song as it transforms into an airy bass-drop. The same energy flows through “Crash,” with the use of stringed instruments. “Gale” keeps the beachy theme going, with seagulls and a thunderstorm rolling in the background while lighter and happier synths are used throughout. After the most energetic track “Cling” concludes, the EP ends with the title track “Islet,” which brings more peaceful, yet rhythmic drum lines. Just in time for summer, “Islet” is the perfect soundtrack to any adventure. – Liv Conaty
Website: https://www.facebook.com/sandosemusic/
Upcoming Show: July 27 at The Intersection in Grand Rapids (Release Party for eRoy’s “Dreams Without Sleep,” with Super Future, Pause, Gyp$y and Saylin
Listen: “Islet” EP