This week, Local Spins spotlights six new releases by Michigan artists, from hip hop to roots rock to folk, and featuring a couple of collections perfect for haunting your neighbors on Halloween. 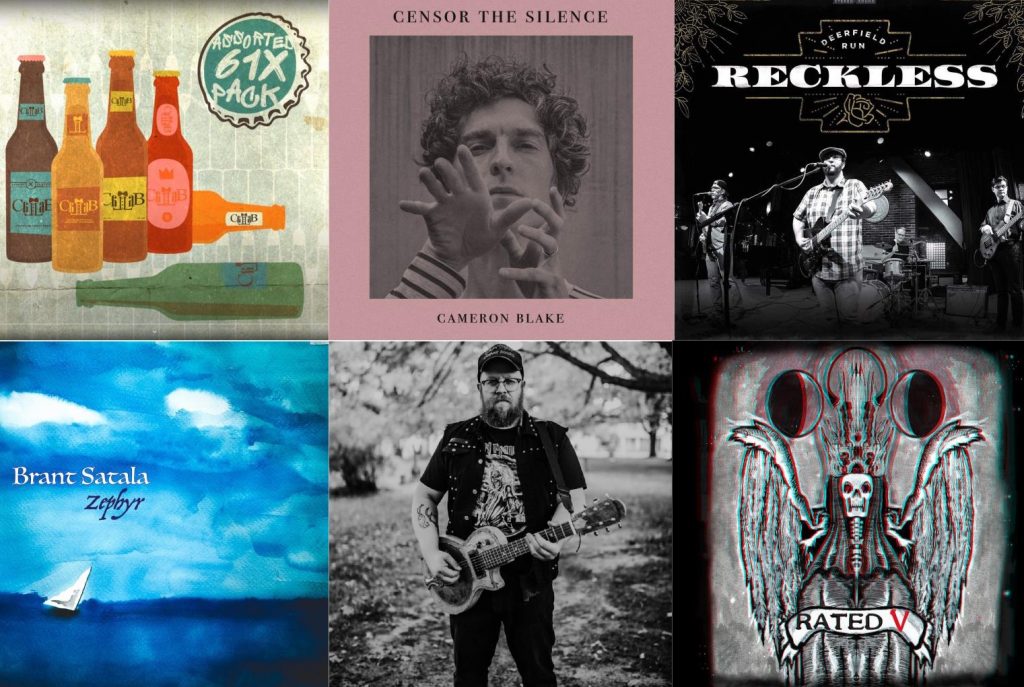 From Callab to Creepy: This week’s album reviews from Michigan artists.

It’s Halloween week, so this roundup of new releases by Michigan artists features a couple of appropriately spine-chilling albums — one from a Grand Rapids songwriter adroit at creating dark murder ballads and another by a Detroit-area band unfurling “deathgaze” music.

Local Spins also takes a closer peek at the latest from GR hip hop/R&B artist Callab (who hosts an album-release show on Friday) and two veteran singer-songwriters with deeply personal collections that will resonate with many listeners. Listen to tracks from each artist as you make your way through these reviews. 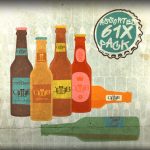 What Stands Out: Callab delivers an intriguing record that displays a wide range of themes. The opening track, “B.D.E.,” provides a breezy intro with acoustic guitar and pulsing beat. A few tracks later, “Gogogo” rains with 8-bit synthesizers and scorching verses, along with a smooth chorus. “Citizen,” easily the strongest track on the record, features verses by an all-star cast of rappers, including Lady Ace Boogie and JRob. The ode to Grand Rapids includes numerous references and nods to West Michigan, to the tune of dreamy synths and a grooving beat. Closing the record, “I Suppose” begins with a sample from the Lion King, then morphs into a fast-paced, quick-versed banger.
Digging Deeper: Callab has plenty of potential and rattling rhymes. The record is entertainingly eclectic, but its weakness may be that the songs are incredibly short. Some don’t even make it to the two-minute mark, at times making for a strange feeling at its conclusion. Luckily, Callab does fully utilize the slim sonic space.
Perfect for: Cruising downtown — especially on Friday, when Callab stages an album-release show outside at Studio Park at 8 p.m. with Rijiri and Mel-V Collective. – Ricky Olmos
Website: https://grcitizen.com/
Listen: 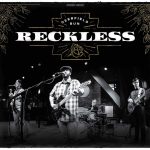 What Stands Out: If you crossed Jason Isbell with an early version of The Eagles, you’d get the gist of what Grand Rapids’ Deerfield Run is all about. On the band’s sophomore album, it’s also clear that this group led by songwriter Alex Austin has really hit its stride, with confident performances of well-crafted and solidly arranged tunes that straddle roots rock, country and Southern rock. The band featuring Austin, guitarist Justin Dore, drummer Mike Kanoza and bassist Matt Kuczynski (getting help in the Centennial Sound studio from Emilee Petersmark, Dan Rickabus, Justin Wierenga, Nate Wagner and co-producer Ben Zito) works its way through deeply personal songs (“Grafton,” “Too High a Price”) and tales of the road (“Denver,” “Wheels”).
Digging Deeper: Hidden gems abound, like the hook-filled “Do I Know You” and dynamic tempo changes of “Weight on Me.” The 10-track collection unfolds like a classic 1970s LP deserving to be experienced end to end. It’s a journey of ultimately satisfying trials, tribulations and triumphs.
Perfect For: Fans of Dawes, Poco and roots rockers in between. – John Sinkevics
Website: https://www.facebook.com/deerfieldrunband/
Listen: “Do I Know You?” 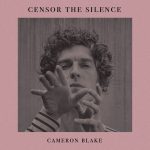 What Stands Out: A melancholy air has hovered over much of Cameron Blake’s work over the years, so the despairing underpinnings to “Censor the Silence” – penned while the Grand Rapids singer-songwriter spent time at a silent Trappist monastery – don’t represent a major departure thematically from previous releases. But what Blake describes as his “band album” benefits greatly from the muscular, rich and sometimes biting instrumental prowess of guitarist Andrew Saliba, keyboard player Martin Spence, bassist Ian Thompson and drummer Andrew Szumowski, as well as backing vocals from Patty PerShayla, Jen Fortosis and Debra Perry & Majestic Praise. What emerges in this album recorded at La Luna Recording & Sound and Hope College is a powerful collection of intoxicating melodies and incisive poetic reflections on overcoming loss and demanding societal change.
Digging Deeper: More so than his earlier works, “Censor the Silence” allows Blake to showcase his heavier rock side at times while never sacrificing the pensive, quieter moments that let his brilliant language sink in for listeners. Blake references the likes of activists Greta Thunberg and Emma Gonzalez, artist Francisco Goya, writer Charles Bukowski and even actor James Dean in painting a troubling, yet somehow hopeful, picture of the challenges facing humanity. Although at times overly dreary, this is Blake’s signature collection, with tracks such as “How Dare You,” “Pale Cloud Covering,” “Henny Penny” and “Only Goya” standing out for their puissance.
Perfect For: Those who appreciate keen, literate, astute songwriting; working one’s way through a crisis. – John Sinkevics
Website: https://www.cameronblakemusic.com/
Listen: “Gillian” 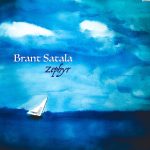 What Stands Out: Grand Rapids songwriter Brant Satala fuses traditional songwriting elements with electronic instrumentation for a unique blend of genres. Opening with the title track, “Zephyr,” synths drone to create a feeling of outer space, before Satala comes in with tender verses and gentle acoustic strums. Drum machines dance and expand into an uplifting chorus. A few tracks later, “Minor Stone” unveils more diverse instrumentation with synthesizers and bells thrown in the mix. The song drives to the best of steady drums and crunchy guitars. Satala sings about the disorienting nature of travel and returning home. Other notable tracks include “Forever Home,” which opens with a lush flute-mellotron-sound, before getting into a spacious groove, as well as “Bear in Mind,” an upbeat, arpeggiator-filled anthem that sends the listener off on a bright note.
Digging Deeper: Satala crafts a cohesive collection of songs with “Zephyr,” each with complementing nods to the other. At times, the record feels predictable, with soundscape intros that prelude a strumming acoustic guitar, offering little change and movement beyond the typical verse/chorus progressions. But this is an album that focuses on well-crafted songwriting, and Satala certainly comes across as genuine and passionate as he describes the scenery that grows around his life.
Perfect For: Setting sail into the sunset; watching the high tide roll in; plunging headfirst into the refreshing, life-giving depths of some distant body of water. – Ricky Olmos
Website: https://brantsatala.bandcamp.com
Listen: “Bear in Mind” 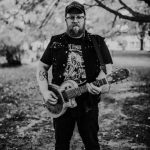 What Stands Out: Just in time for Halloween 2020, Grand Rapids folk-punk/Gothic Americana artist Justin “Stovepipe” Stover rolls out what he calls “a spooky, fun blend of old-time radio” and “scary songwriting talents” that propel a ghoul-laden, creepy sound-enhanced collection of entertaining ghost stories. From the “Gates of Hell” to the “Bell Witch Waltz,” Stover gathers folks around his bonfire for a stripped-down set of acoustic, macabre ditties. One of the standouts, thanks to its echo-filled, hair-raising vibe, is “Night of the Demon Hunter,” which takes an unexpected twist. And the ending to “Ghosts in the Gutter” alone could give you nightmares.
Digging Deeper: Stover has collaborated with Gothic/Americana artist Silas J. Dirge from the Netherlands for some fetching, chilling murder ballads released earlier this year as singles (“The Grudge,” “Flowers on Her Grave,” “Swimming Hole”) so he’s in good practice for taking another walk on the dark side. Where else would you find lyrics like these from “Werewolf in Love”: ‘Life ain’t easy when you’re a werewolf in love / I’m a good guy, I just have a dark and hairy side.’
Perfect For: Waiting in the dark for trick-or-treaters to make their way up your dimly lit drive. – John Sinkevics
Website: https://onestovepipeband.bandcamp.com/album/halloween-with-stovepipe
Listen: “Night of the Demon Hunter”

What Stands Out: This album is well classified by its unique and newly coined genre, “Deathgaze,” which “combines classic gothic and deathrock roots with the depth of shoegaze.” With gloomy and sometimes dissonant vocals, aggressive distorted guitars, and the type of drum playing where you can feel the punch of every hit – this one sounds as dark as you’d expect from the marketing. With each song running an average of six to nine minutes long – this album definitely creates a mood. A goth/gloom/doom aesthetic matches the tone throughout.
Digging Deeper: “Rated V” is a Halloween concept album from the minds of Emily Sturm and Zach Pliska, who wrote and recorded the album in their home studio during the summer of 2020. Released on Oct. 1, half the album features doomgaze rock songs and the second half includes dark ambient instrumental tracks. Limited edition CDs are available as a two-disc set from the VAZUM bandcamp page, featuring stereoscopic 3D artwork created by Emily Sturm and accompanying handmade 3D Bat glasses.
Perfect For: Those seeking a “legit” creepy vibe at this year’s Halloween party and/or ritual sacrifice (I’m not judging). – Jamie Brackman
Website: https://vazumrocks.com/
Listen: “Vampyre”