The Traverse City alt-folk trio joined other Michigan stars in a Holland benefit for an ailing super-fan, part of a 55-concert summer that also includes work on a new studio album and scoring songs for orchestras. 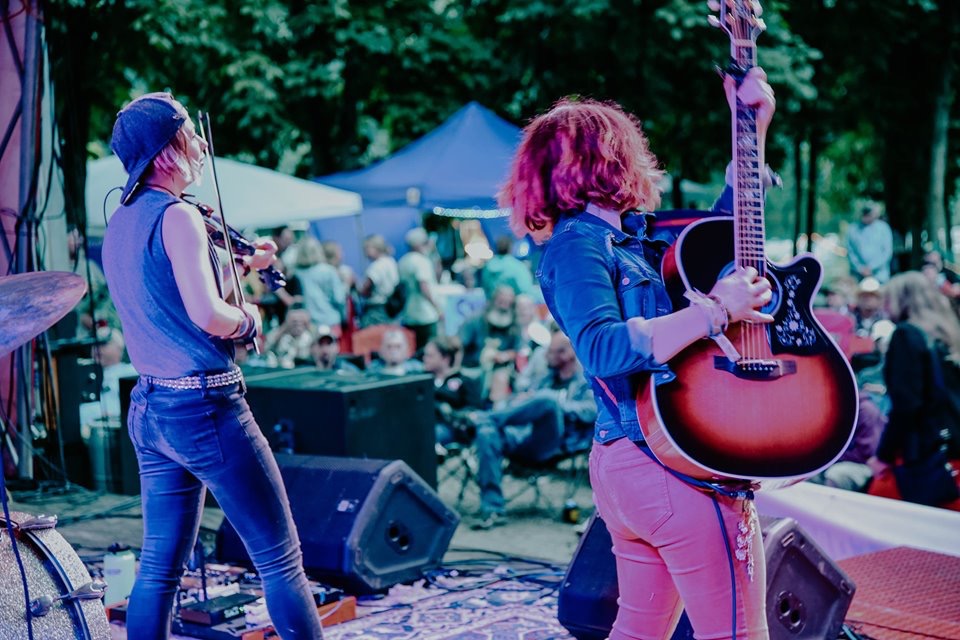 Non-Stop Touring: The Accidentals are playing numerous dates in Michigan and beyond. (Photo/Elle Lively)

Amid a hectic summer that has The Accidentals playing 55 concerts, finishing up a new studio album, writing a weekly tour blog and scoring songs for orchestras, the Traverse City alt-folk band made it a priority last weekend to help a true fan in need. 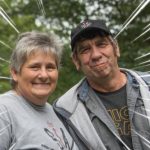 “Jan and Dan Kautman are huge music lovers and supporters. Not only do they show up, they really invest their time and energy in making sure you’re cared for,” said Larson, noting the Kautmans have shown them many “acts of kindness” over the years.

Added Buist: “Jan is one of the sweetest humans we’ve ever known. This benefit is about giving back and taking care of the people that take care of you. We don’t take people like Jan for granted. She is fighting for her life and the Michigan music scene is gonna help her. That’s what makes us strong as a community.” 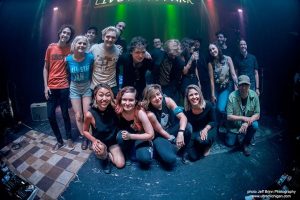 ‘Strong as a Community’: The Accidentals, Crane Wives and other bands after their performance at Park Theatre on Sunday. (Photo/Jeff Brinn)

A GoFundMe campaign also has been established for the couple, with all funds raised going to cover medical and life expenses. Get details online at www.gofundme.com/f/allstarjansession.

For The Accidentals, the Sunday benefit came after what’s already been a banner year for the band, highlighted by the group’s first ever tour of the United Kingdom in the spring.

“We’ve been wanting to head overseas for a long time, not just for the history and the perspective, but for the ability to share our music on an international scale,” said Buist, noting the band worked with two different tour managers in setting up a series of shows that included opening for Canadian artist Joey Landreth.

A SLEW OF MICHIGAN SHOWS, A NEW ALBUM, WORKING WITH ORCHESTRAS

The band’s first overseas tour featured more than a dozen performances across the United Kingdom in 16 days.

“We spent the van rides talking, singing, watching the English countryside, and making time to explore the rich history and cathedrals,” Larson said. “We ate fish and chips, mushy peas, English breakfasts with beans, Irish black pudding, and developed an obsession with Tunnock’s tea cakes. The U.K. is a great market for the styles of music we play so we’re planning to be back next year.” 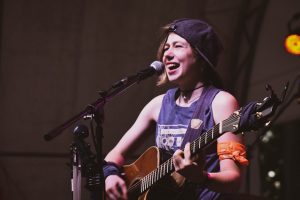 The Accidentals play Red, White & Brew in Harbor Springs to celebrate Fourth of July, then play a free show as part of the Manton Concerts in the Park series in Manton at 6:30 p.m. Friday (July 5), followed by Portage Point Resort in Onekama at 8 p.m. Saturday (July 6; tickets are $20). Other upcoming Michigan shows include playing Friday Night Features at Thornapple Plaza in Hastings on July 19 and the Chelsea Sights & Sounds Festival in Chelsea on July 25, followed by a tour out West.

Indeed, the band is touring extensively this summer, including playing a couple of shows with their pal, jam-band favorite Keller Williams. 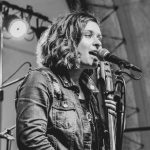 The Accidentals also launched a crowd-funding site via Patreon for which they supply content to subscribers. “We started a Patreon not too long ago and Katie and I have been throwing ourselves wholeheartedly into it,” Buist said. “I’m writing a weekly tour blog, building custom playlists, and editing audio for exclusive ‘Duo Throwback Sessions.’ ”

They’re also scoring songs for youth orchestras in Colorado and Utah, and completing work on a new Accidentals album with “dream producers” John Congleton and Tucker Martine, as well as Nate Butler of the band Shiny Shiny Black.

“Every time we head back into the studio and add finishing touches,” Buist said, “I get more excited to put out the new music.”