After a planned sale of the historic building fell through, owners of the Howard City venue will reopen the unique and popular music venue later this month, making a host of acoustic players happy. 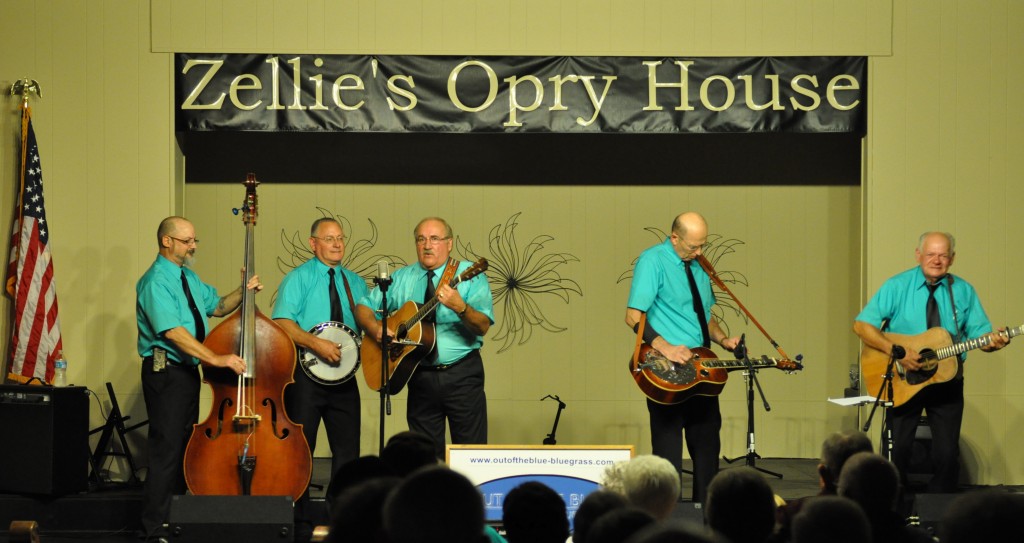 Returning for the First Show: Out of the Blue will play the revamped Zellie’s on Oct. 24.

After closing its doors in January for a building sale that later fell through, Zellie’s Opry House will re-open this month. 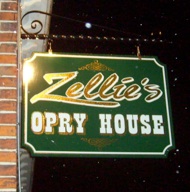 The beloved Howard City venue, known for facilitating intimate folk, bluegrass, Americana and gospel concerts, makes its comeback on Oct. 24, hosting its first show in nine months: a matinee gospel performance showcasing Out of the Blue. Tickets are $10 and can be purchased at the door the day of the show. (Check Zellie’s full fall schedule, including an “Old Fashioned Opry Show” in November, online here.)

Hoping to sell their brick-and-mortar location and move venue operations to Tennessee — a decision prompted by the “cultural and seasonal” differences between the regions — owners Terri and Keith Grannis put the building up for sale in 2014. They were near the final stages of solidifying an offer in March when the deal fell through, a result of the buyer failing to show up to conclude paperwork.

“We emptied the entire building out. We sold some of the seating and the sound system, and prepared for the closing,” Terri Grannis said. “It was a little disappointing, but God puts you in the place you need to be. You’ve got to bloom where you’re planted.”

In that vein, she’s more than enthused about reopening the venue that opereated as Zellie’s since 2008.

“There’s a special feel in the house when we stand back by the soundboard and you can see the entire audience, and the stage is lit, and the musicians are hitting their stride. You can almost feel the building start to sway,” she said, choking up during a phone interview with Local Spins.

“That’s what I’m looking forward to, the night I can stand by the sound booth and that feeling comes back again. That’s the part I so dearly miss.”

With the re-opening comes a few changes, including some upgraded seating and a new sound system. Debuting this fall as well are regular matinee shows, a change owners hope will be beneficial for older audience members who wish to avoid traveling at night.

Initially constructed in the 1860s as a church, the 150-year-old structure at 230 E. Edgerton in Howard City has served a handful of purposes in the community, including once being the home to a music store called Gettin’ Picky, which hosted regular jam sessions during its tenure. As Zellie’s, the venue has brought in acts such as Detour, Mountain Feis, Blue Water Ramblers and Ruth & Max Bloomquist. 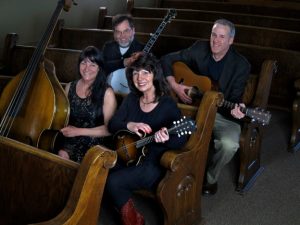 “Live music is becoming a lost art,” Grannis said. “We would like to put the best possible talent that we can find and afford – whether that’s local talent or regional talent or national talent – on that stage in front of a full house.”

Following the Oct. 24 gospel show — which features the father-son team of Dave Conley Sr. on guitar and Dave Conley Jr. on banjo — Zellie’s will host a nostalgic “Old Fashioned Opry Show” matinee on Nov. 21 with “a whole bushel and peck of friends” from several different Michigan bluegrass bands. December will see performances by the Michigan Mafia String Band and a “Home for the Holidays” jam session. Details online here.

While Grannis adores her home state and recognizes it for elements like its “talented local artists,” she said some things impede their work as a venue and limit audiences.

“I think part of it is cultural. If you come from certain areas in the South, people are used to going out and seeing live performances. They’re looking for it, and word spreads very quickly,” Grannis said.

Plus, snowy weather is sometimes a deterrent for potential concert attendees during a time of year when many people want nothing more than to “hunker down and not leave the house.”

Though the couple still plans to move operations down South eventually, Grannis said the current Zellie’s Opry House location will remain for “at least a few more years.”