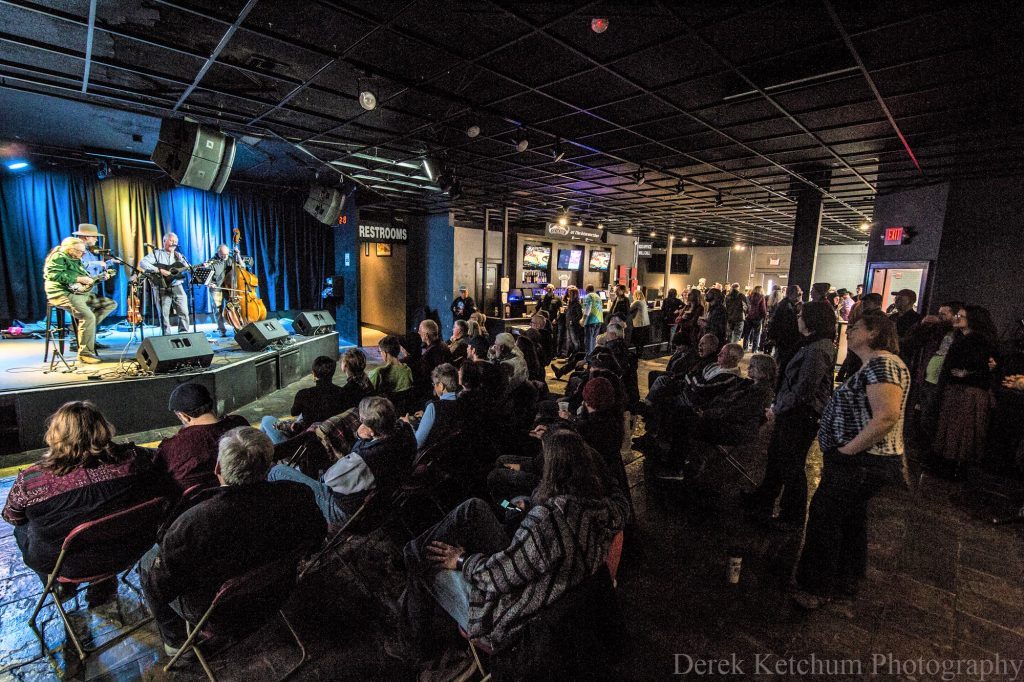 SCROLL DOWN FOR WINTER WHEAT SCHEDULE

West Michigan’s “finest indoor music festival” will once again have people dancing the night away and reveling in sets by more than a dozen folk, roots and world music artists at The Intersection in Grand Rapids on Saturday.

The 11th annual Winter Wheat hosted by the Wheatland Music Organization will offer attendees a sneak peek at the upcoming festival season as well as a break from the winter blues.

Winter Wheat began as an event to help raise funds for the much larger Wheatland Music Festival that’s held outside Remus every September, but over time, it has grown into its a full-scale indoor celebration which this year features an eclectic mix of regional acts on two stages. 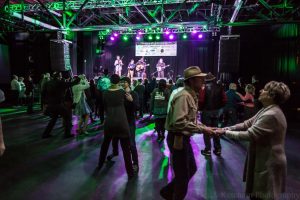 ‘Dancing the Night Away’: The Main Stage draws lots of hoofers. (Photo/Derek Ketchum)

“We couldn’t be more excited for this year,” said singer-songwriter Josh Rose, one of the event organizers. “This is one of my favorite music events, as it eases the winter doldrums and allows you to dance the night away.”

Winter Wheat immerses attendees in a warm atmosphere and the strong sense of community that infuses the region’s traditional music scene. Fans will also witness virtuosic musicianship from some of West Michigan’s premier acts and dance to a range of genres including Latin fusion, Creole, buegrass and more.

True to the event’s folk ethic, West Michigan’s Blue Water Ramblers will once again open the Acoustic Stage with an open jam session, followed by folk faves Ruth & Max Bloomquist and the Palooka Brothers. That stage will close after 6 p.m. with an Earthwork Music showcase featuring Mark Lavengood, Seth Bernard, Nicholas James Thomasma, Jen Sygit and other artists from the collective.

Lavengood noted the event raises funds for an organization dedicated to music education. 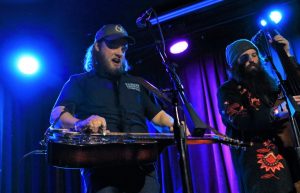 ‘So Much Good for the Community’: Mark Lavengood performing at the 2019 Winter Wheat. (Photo/Anna Sink)

“Wheatland Music Organization does so much good for the community through youth and educational programs,” the Dobro and guitar player said, “and their lineups always feature some of the best artists in the scene in roots and traditional styles of music.”

It’s a roster of performers that really stands out this year. “We couldn’t be more proud of our lineup,” Rose said of the day-long event that with a $25 admission fee. “This is a steal for the West Michigan music lover.”

The lineup includes West Michigan Celtic music group CrossBow, which kicks off performances on the Main Stage at 2:30 p.m.

“The level of support for music found in Grand Rapids is unmatched and that’s partly thanks to events like Winter Wheat, which has provided top-notch platforms for so many musicians,” said fiddler Steve Lesko.

“We’re proud to have our roots and some of our biggest fans in West Michigan and we can’t wait to come home.” 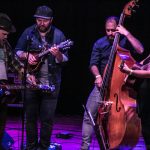 California’s Front Country, a progressive country band which brought the house down at Wheatland in 2018, will headline the Main Stage with what NPR once described as “string-band pop” as part of its ongoing U.S. tour.

Since the first Wheatland festival in 1974, the Wheeatland Music Organization has grown to become a prominent force in the preservation of traditional American folk arts.

Doors open at 1 p.m. Saturday. Tickets are $25. Tickets can be purchased online here or or at the door the day of the event. 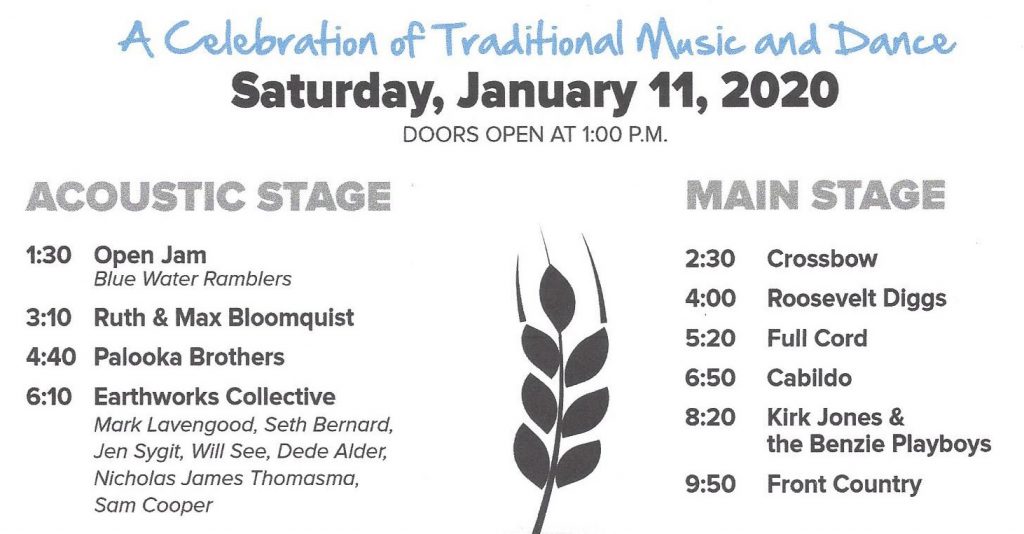