Michigan’s hallowed Wheatland in September is bowing to COVID-19 out of safety concerns. But organizers of a mid-July festival on an island in northern lake Michigan still plan a mini-event with limited crowds. 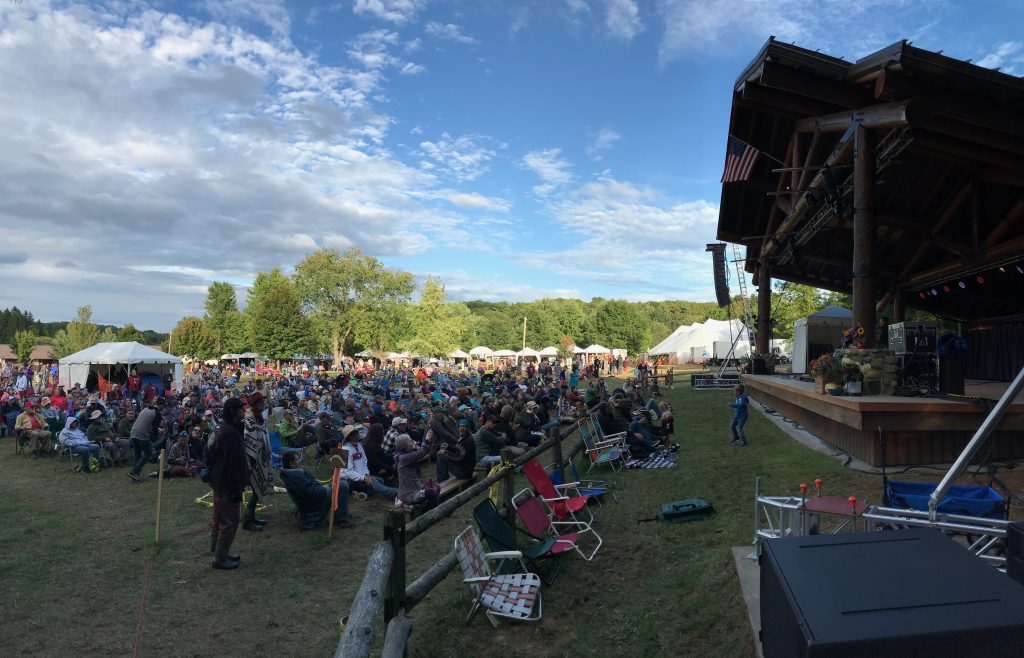 Not Until 2021: Wheatland, the Granddaddy of Michigan music festivals, won’t take place this September. (Photo/Ricky Olmos)

JUNE 7 UPDATE: Based on revised state restrictions, July’s Beaver Island Music Festival plans to host at least 250 festivalgoers for performances by seven Michigan bands as part of the scaled-down 2020 celebration. That’s up from the 100 initially permitted. And executive director Carol Burton said organizers hope they can boost that to 500, if Michigan’s coronavirus protocols are further loosened, allowing the festival to release additional tickets or place more on sale.

The much-revered Wheatland Music Festival has bowed to COVID-19.

Organizers announced today that the 47th edition of the September festival would be canceled due to coronavirus concerns, meaning echoes of “Happy Wheatland” won’t be heard this year.

“There will not be a 2020 Wheatland Music Festival. This was not an easy decision, and we are as heartbroken as many of you are,” the Wheatland Music Organization announced today on Facebook after its Board of Director met Monday to decide the fate of this year’s event.

“We heard from many of our attendees, volunteers, performers and vendors. The majority said the same thing: It is not safe to hold the festival this year. There were those who said they would not attend if we had a festival.” 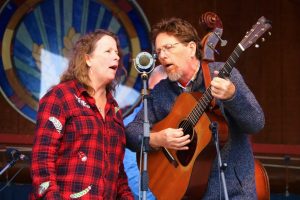 ‘Happy Wheatland’: Tim O’Brien and band on the Main Stage in 2019. (Photo/Anna Sink)

“Wheatland has to do what is best, and safest, for our community. We cannot, in good conscience, put the health and safety of so many people at risk. There will come a time when everyone can return to Wheatland again.”

The festival was slated to take place Sept. 11-13 on a 160-acre site outside Remus, Mich., and tickets had been scheduled to go on sale to the general public on June 16.

Reaction from many fans on Facebook was swift, with most expressing sadness but support for the move.

“Good decision,” wrote Derek Shepard. “I’m sure (it) was not easy to reach it. I applaud all those on the board.”

“So very sad,” added Nancy Cook. “But I agree with others that the health and safety of everyone involved is the most important thing. I will miss Wheatland immensely.”

The WMO insisted it would “continue to preserve and present traditional music and art,” with virtual instrument lessons and programming for seniors. Memberships also are still available for purchase and the WMO urged devotees to support musicians by “tuning into a live digital concert.”

Marilyn Hummel said Wheatland’s Program Committee will be “looking at some virtual concert options. The Traditional Arts Weekend (live-stream) concerts were a big success.” And Winter Wheat — a one-day festival held annually at The Intersection in Grand Rapids — is still scheduled for Jan. 9, 2020.

BEAVER ISLAND SET TO CONTINUE WITH MINI-FEST IN JULY

Declaring “we’re going to do what we can,” Beaver Island Music Festival plans to move forward with a one-day edition of the event in northern Lake Michigan on July 18 as the COVID-19 outbreak winds down.

Based on existing state restrictions, executive director Carol Burton told Local Spins that organizers hope to host at least 100 festivalgoers for performances by seven Michigan bands as part of the scaled-down 2020 celebration.

If, as expected, Michigan’s coronavirus protocols are loosened in early July to allow up to 250 – or perhaps even 500 – people to attend large outdoor gatherings, Burton said additional tickets would be released or placed on sale.

“We’re really unique,” Burton said of the music festival that usually takes place over three days in mid-July on the island 32 miles offshore. About 1,000 people usually attend the festival, which first was held in 2003. 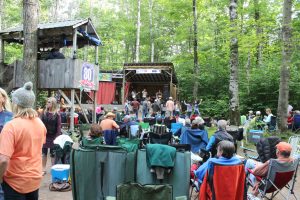 “I think we have a little more control of our atmosphere for sure (compared to other festivals). It’s easier to instill the rules and track people. … We want to keep that hope alive. We can’t forget what we can do for people outdoors with family and have them enjoy something. I think we can still do that safely.”

Festival ticket sales currently are shut down. Initially, those who first purchased tickets, along with volunteers and staff, will be among the 100 allowed to attend. If restrictions are relaxed in early July allowing up to 250 people to gather, more ticketbuyers will be added to the list, she said.

“We’ll just work out some activities and are hoping and praying it opens up (so more people can attend),” she said, stressing that organizers are still finalizing details.

To reach the island, festivalgoers must take a two-hour ferry from Charlevoix or board a small plane. Burton said those making the trip will have to wear masks and the ferry is limiting the number of people aboard to ensure social-distancing.

Burton conceded plans “could change in a couple of weeks” depending on the situation, but she insisted most devotees are eager to return to live music in a festival environment. Camping will be allowed on-site.

“It’s the best we can do to make sure we have it planned out,” Burton said of limiting this year’s event to a single day with a limited number of bands. The festival plans to return to a three-day event with all of the scheduled bands in 2021.

Burton said while many artists have relied on live-stream concerts to stay connected with fans during the stay-at-home pandemic, Burton said it’s “absolutely no replacement” for a music festival.

“There’s nothing that beats that festival or live music experience,” she said. “Most of our people just wanted it to continue. … People are ready to go out.”