The longtime operator of Blue Suede Shows passed away from liver cancer earlier this week, sparking a flood of memories from those who knew him as a mover and shaker in the music scene. 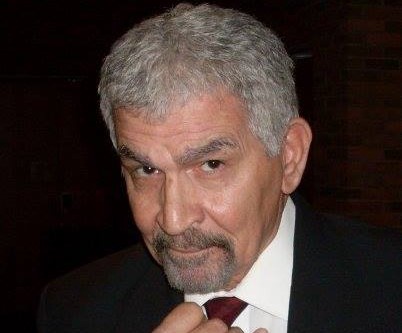 At its peak from the 1970s through the early 1990s, West Michigan’s Blue Suede Shows booked everything from Emmylou Harris to Ozzy Osbourne to The Tubes to Crosby Stills & Nash at venues such as Club Eastbrook (The Orbit Room), DeVos Performance Hall, Lowell Showboat, Fountain Street Church and beyond. 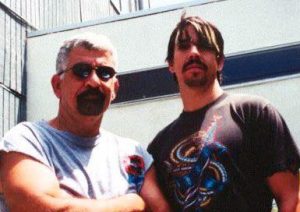 At the head of it all was promoter Alan Bashara, who became a West Michigan concert icon and a recognizable, smiling mainstay at live music events across the region. He was also a champion of local artists and rubbed elbows with a plethora of rock stars, including Anthony Kiedis of the Red Hot Chili Peppers and Chaka Khan.

After a battle with liver cancer, Alan Bashara died earlier this week at age 74 in San Diego, Calif.

The social media tributes and platitudes have rolled in this week from friends, associates and bands. Here’s what some of them had to say about Bashara, who was also a Vietnam War veteran and operator of Accurate Vending Service:

Aris Hampers (longtime West Michigan radio personality): “We lost a good guy today. Alan Bashara was not only a very close friend, but made a huge difference in our community. Nearly any big concert you attended here in the ’80s and early ’90s were because of him. He hired my band The Soulbenders back in 1967 for the grand opening of Eastbrook Mall and we remained friends ever since. 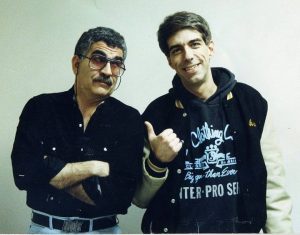 All of the early shows at Club Eastbrook (Orbit Room) from its opening until the early ’90’s were his: The Cars, Howard Jones, INXS, Melissa Etheridge, B.B. King, Chaka Khan, Morris Day, Eddie Money, CS&N, Bruce Hornsby at DeVos, The Tubes, Saga, Todd Rundgren and U2 at Fountain Street. He was always generous enough to make sure that ‘all’ of my friends had great seats, too.

The two of us would often intro shows on stage together, complimenting each other for the great work we do …. We had called it ‘The A&A Dog and Pony Pre-Show.’ He could always make you laugh even in the middle of a disaster. I vividly remember one phone call one day after a show of his that had tanked. Me: ‘How did you do last night?’ Alan: ‘It was packed! Everyone came dressed as empty chairs!’

He’s in a better place now. Someday we’ll hang out again. I’m positive it will be nothing but big laughs when we do.”

Mark Newman (former music writer for The Grand Rapids Press): “A sad day, but that photo (with Aris) put a smile on my face. It’s very much the Alan I’ll always remember. When he told me that his days were numbered, I tried my best to let him know how much he had meant to music lovers in West Michigan. I hope he took it to heart.”

Monica da Silva (singer, musician, Complicated Animals): “Words cannot describe how sad I am to hear this news. One of my oldest and dearest friends, the one-of-a-kind Alan Bashara, has passed away. Alan helped manage the band I had with my sister, Erica, and brother, Bruce, when we were kids, Nectar. This guy lived quite a life, let me tell you. He served in Vietnam, promoted concerts, dated Chaka Kahn, acted in movies. He introduced me to one of my favorite artists, Anthony Kiedis, and Anthony’s dad, my friend Blackie Dammett. … He was quite a larger than life character! Alan, you will always hold a place in my heart.” 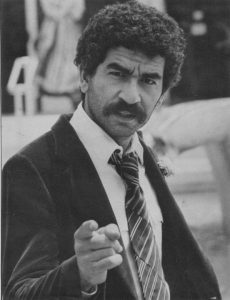 On Screen: Alan Bashara in a movie role.

Tony Gates (WLAV morning show host): “So many great times with ‘Big Al from Southern Cal.’ He was a good honest man.”

Bill Vits (percussionist/drummer for the Grand Rapids Symphony, The Concussions): “The stories could fill a book. He was a rock ’n’ roll guy who was always kind to me.”

Michael Crittenden (musician, producer, studio owner): “That makes me sad. He was a great guy. I learned a ton from him about the music biz. RIP, Alan Bashara.”

Jackie Sirianni (Citadel Broadcasting, WGVU, WCUZ): “I remember when Alan was at Eastbrook Mall. Huge Afro and the biggest bell bottoms I’ve ever seen. Later, while I was at LAV, he would bribe me for better spot placement for his Blue Suede Shows commercials. ‘Jack… c’mon babe… I’ll get you into the show.’ Rest easy, Alan. I will miss you.

Randy Marsh (drummer): “Met Al in the very early ’70s when I was in Phlegethon with Aris, but didn’t really get to know him until around 1972 when he and my old friend, Richie Mazzarelli, would hang out at Richie’s apartment on Lyon Street. Back then, Alan had a ’fro so Richie nicknamed him ‘Rug.’ Al, say hi to Richie Mazzarelli if you see him.”

Ralston Bowles (singer-songwriter, WLAV): “Alan Bashara, you were one of a kind. You broke some ground in Grand Rapids and made some things happen.”

Lyndi Charles (former general manager of Billy’s Lounge, Mulligan’s Pub): “I met Alan and Blackie (Dammett) at Mulligan’s when I was 21 (21 years ago). After meeting me that night, Alan kept coming back night after night to talk to me. We became good friends and often went to events together (concerts, opening of Opus to name a few). The most memorable event is when we went to Sam Cummings’ home for a Christmas ball. We shopped for dresses and suits to wear; I think it took us five stores to finally find what we were looking for. To this day, I think it was the most incredible event I have ever gone to. Alan was always a good friend of mine and he always made time to see me when he came back into town. Thanks to our good friend Wheeles, I knew he was in the hospital and called him a couple weeks ago to check in. It was the last time I spoke to him.”

Have some memories of Bashara you’d like to share? Write a note in the comments section or leave a voice message via SpeakPipe here.