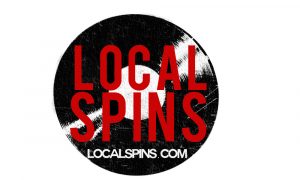 This Local Spins round-up of West Michigan album reviews is so long overdue that it’s now ahead of its time because it serves as the perfect pre-Christmas holiday gift-buying guide: a blueprint for supporting local music while supplying your friends and family with unique musical presents that will keep right on giving. So, without further adieu, here’s Part I of the Local Spins Fall Album Review Roundup.

Part II is right around the corner … I promise. 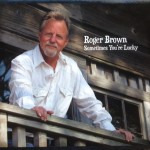 With a resume that included stints decades ago with Gerry Rafferty’s Stealers Wheel, Freddy Fender and even Ringo Starr, Holland guitarist and singer Roger Brown has immersed himself in recent years in the throwback country of West Michigan bands such as The Midnight Cattle Callers, The Wilenes and Drive South. Now, he steps out from the pack in impressive fashion on this 14-track solo project recorded at Scott Zylstra’s Frontier Recording in Copemish, especially as a songwriter with deft twists on relationships, life and tried-and-true country themes. There’s a vintage feel to every polished song, from the country swing of the opening title track to the harmony-drenched, melancholy charm of “The Thing That You Had Done” to the bluegrass-hued “I Bend But I Don’t Break.” Along the way, Brown gets help from accomplished players Bruce Bouton on pedal steel, Jimmy Mattingly and Peter Knupfer on fiddle, bassist Andy Evans, The Wilenes’ drummer Roger Tarczon, singer Mary Sue Wilkinson and more. As a sideman, Brown is an invaluable cog. On “Sometimes You’re Lucky,” he proves he’s a pretty prodigious frontman, too.
Website: rogerbrownmusic.com 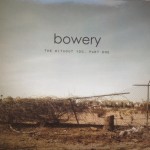 The Without You, Part One

Four years after the band’s award-winning debut CD, Grand Rapids’ Bowery is back with a new lead singer and a heftier, lush rock approach. On signature tracks such as “Collapse” and “With Love, Sincerity,” Bowery – guitarist Phill Kulas, singer Heather Palaszek, bassist Todd VanTongeren, drummer Scott Hickok and keyboard player Joel Ferguson – plunges confidently ahead with its dusky, pop-infused indie-rock in the first half of this two-part recording, with the second slated for release next spring. Much of the credit for the band’s revamped sound goes to Ferguson, who produced the CD with Kulas at his Planet Sunday Studios, adding retro-sounding but well-placed synthesizer enhancements and, as Kulas puts it, “some of the weird, edgy elements” that remain the band’s trademark.
Website: facebook.com/boweryband
Upcoming shows: Dec. 14 at Mulligan’s Pub in Eastown 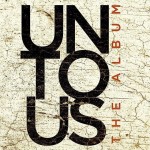 Atmospheric in an appropriately seasonal sort of way, this ambitious debut by Lowell’s The Impact Band (formed from musicians at Impact Church) tells the story of Christmas and the birth of Jesus through a rich array of musical styles, from contemporary Christian worship to ethereal indie-folk to hard rock/metal-tinged fodder that drifts into territory inhabited by the Trans-Siberian Orchestra. Led by guitarist Ryder Jones, better known for his work with country’s Kari Lynch, who also performs on the album, The Impact Band first performed this Christmas rock opera in 2012, adding a couple of new songs to the production for this sumptuous, lengthy recording. With Jones, Lynch, Zach Ramirez, Joel Udell, Eric Tempelaere and Ian Jorgenson collaborating on songs (and a host of other musicians performing on the CD), “Unto Us” offers up a compelling, oft-inspiring soundtrack for the season.
Website: untousproject.com
Upcoming shows: 7 p.m. Dec. 12 at The Intersection (album-release show), $5 advance, $7 day of show;
7 p.m. Dec. 20, 6 p.m. Dec. 21, 9:30 a.m. and 11:15 a.m. Dec. 22, Impact Church in Lowell, free. 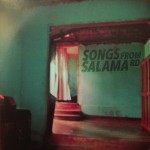 When Grand Rapids singer-songwriter/multi-instrumentalist Karisa Wilson traveled last spring to Uganda to arrange and record original tunes penned by youngsters at a shelter/orphanage supported by the Grassroots Empowerment Opportunities organization, she saw it as giving these kids a “chance for self-expression in their world.” She succeeded. Recorded in rudimentary fashion in the field, “Songs From Salama Road” puts these talented young singers and the Luwafu Reformed Presbyterian Youth Choir in the spotlight, with Wilson accompanying them on guitar, strings and piano, Kevin DePree on drums and Dale Alan on guitar. As such, tracks like “Lord I Want to Give Up” resonate with spirit and raw power. Financed by a Kickstarter campaign, the CD is slated to be sold at Schuler Books & Music, Vertigo Music and CDBaby.com, with all sales proceeds supporting GEO. As for the children, Wilson says, “They were very excited at seeing the cover. I suspect they’ll be so proud to hear themselves on an actual CD.”
Websites: karisawilson.com, facebook.com/pages/Grassroots-Empowerment-Opportunities/95868063268 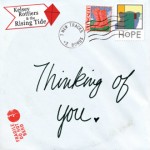 On the haunting yet hopeful “Flame,” Grand Rapids’ Kelsey Rottiers sings about “locking those doors where fear grows.” It’s the sort of message that the singer-songwriter has long embraced, and on this six-track EP recorded “live, raw and unfiltered” at Detroit’s Groovebox Studios, she joins with pianist and backing vocalist Sarah Main to give that theme a homey twist. The sparsely produced duo format seems ideal for Rottiers’ sincere, spiritual approach (though the superfluous clapping between tracks probably could have been excised). “Thinking of You” may be more subdued than usual, but Rottiers’ powerful voice and musical tidings continue to rise above.
Website: kelseyrottiers.com
Upcoming shows: 7 p.m. Friday (Nov. 22), Christ Church PCA, 2500 Breton Road SE, Grand Rapids, free (EP-release show with special guests Christian Somerville and Dan Marsalese of Consider the Sparrow); 7 p.m. Dec. 12 at The Intersection (album-release show for The Impact Band) with Filmloom, $5 advance, $7 day of show. 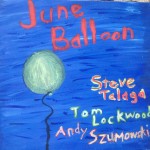 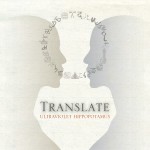 There’s a certain stereotypical view of jam bands held by snooty rock critics: long-winded, self-absorbed instrumental riffing that appeals only to psychedelically dressed, twirling hippies. But Grand Rapids’ UV Hippo blasts that notion clear out of the rainbow-colored water: “Translate” is a prog-rock masterpiece, a brilliantly produced collection of funky, jazzy, ear-pleasing tracks that pay tribute to artists ranging from Bruce Hornsby to Frank Zappa. The band’s follow-up to 2011’s much-admired “Square Pegs Round Holes” was recorded at two West Michigan studios, Redwall North in Grand Haven and River City Studios in Grand Rapids, with expert dial-spinners Roy Wallace, Bill Chrysler, Joe Sturgill and Al McAvoy all pitching in. Guitarist Russell James called the recording process the most enjoyable the band has ever experienced and the 10 tracks here are living, bracing proof of that.
Website: uvhippomusic.com
Upcoming shows: Bell’s Brewery in Kalamazoo, 9:30 p.m. Dec. 30 and 31, $15-$30