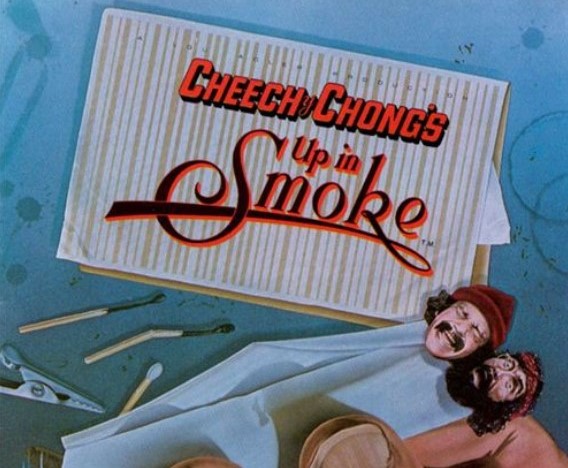 Rolling in the Aisles: Cheech & Chong’s classic ‘Up in Smoke’ has gotten votes in the ‘Marijuana Melodies’ contest.

Marijuana mavens have made some obvious choices, such as “Up in Smoke” by Cheech & Chong from the classic 1978 movie of the same name, and Jonathan Edwards’ 1971 “Shanty,” with the memorable line, “we’re gonna lay around the shanty, mama, and put a good buzz on.”

Many prefer funny tracks like Willie Nelson’s “Roll Me Up and Smoke Me When I Die,” Toby Keith’s “I’ll Never Smoke Weed with Willie Again,” Jim Stafford’s “Wildwood Weed,” Shel Silverstein’s “The Smoke Off” and Cross Canadian Ragweed’s “Boys from Oklahoma” (who “roll their joints all wrong”).

Then there’s “I Think God Smokes Weed” released by Echo Movement in 2009.

“My husband and I are very active in our church and nearly everyone is aware of our habits,” said Katelyn Kocan, 32, who calls that track her favorite marijuana melody. “Weed is a plant – a natural medicine provided by nature.”

Suffice to say, Agri-Med and Local Spins’ contest asking readers for their favorite pot-flavored tunes and marijuana melodies in tribute to the upcoming 4/20 celebration of the plant has sparked a flood of nominations covering the gamut in terms of genres, attitudes and lyrics.

The Top 20 song picks will appear in a special Local Spins playlist that officially gets revealed on, yes, 4/20.

For those who haven’t yet emailed in their choices for favorite cannabis-hued tracks, time is running short: The deadline is midnight Monday (April 12). 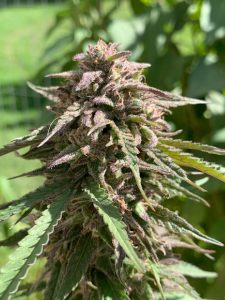 The names of those entering picks for their favorite songs about pot will be placed in a drawing, with four winners chosen at random to receive a special gift pack created by Local Spins and Agri-Med.

Each gift pack will include T-shirts (including a special 4/20 shirt and “Support Michigan Music” shirt from Michigan Music Alliance), CDs by local artists, an Agri-Med gift card and swag bag, a Pond Jam festival pass, Local Spins merch and more.

Email john@localspins.com with the title of your favorite marijuana tune and why you love it so much by midnight Monday, April 12. Include your name, age and the city you live in and make sure MARIJUANA MELODIES is in the subject field. We’ll announce winners when the Top 20 list gets the big reveal on 4/20. You must be 21 years old to win.

Read more about the contest here, along with some songs written by West Michigan artists and links to other tracks to help give you a headstart.