The Grand Rapids DJ and electronic music producer debuted the new project for Local Spins on WYCE, which also premiered tracks by Melophobix, Jonn-e, The Journeymen, Phabies, Sundry and more. 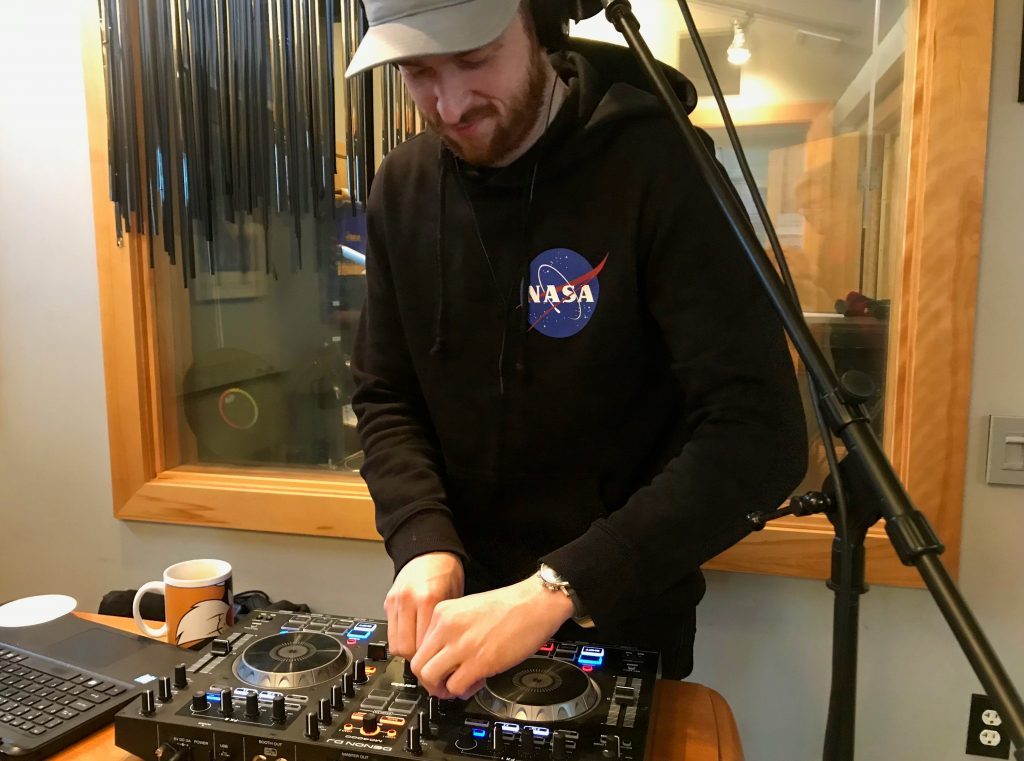 THE ARTIST: Ty Beat with Hannah Rose Graves
THE MUSIC: Electronic music infused with R&B, hip hop and jazz
WHERE YOU CAN SEE THEM: 10 p.m. Saturday (Jan. 12) at Creston Brewery in Grand Rapids, with Swoop, Glitter Magik and PRIM

Ty Beat is doing his part to change the perception of electronic music.

“I’m always writing and making beats and producing parts and ideas of songs, and as a producer I love to collaborate with different singers and musicians,” said Ty Beat, who met Graves a few years ago and quickly began discussing the possibility of a musical partnership. 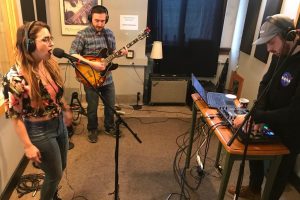 For Ty Beat – a well-known Grand Rapids DJ who’s also released a number of original tracks as well as a full-length album on Detroit’s Young Heavy Souls record label while sharing stages with touring acts such as GRiZ, Odesza, Break Science and others – it’s just another branch of the “jazz-influenced electronic and hip hop instrumental music” that he’s long embraced.

And Graves, who continues to front the popular soul/funk/rock/blues band Hannah Rose & The GravesTones, is always looking for ways to expand her musical territory.

“I really like to spread my wings. I don’t like to stay in one genre,” she said. “I like to explore different genres and learn new things. … When I heard his (Ty Beat’s) sound, I connected with it and I instantly started improvising. It was very natural for both of us to work together.”

With guitarist Ben Soper also on board, the duo this week showed off its new material during Local Spins on WYCE, playing two collaboratively written songs – “Never Like Yesterday”: and “Be Heard” – on the air in Studio X. Listen to their performance as part of the radio show podcast below.

PLAYING CRESTON BREWERY ON SATURDAY NIGHT WITH A ‘BIG YEAR’ AHEAD

Ty Beat, Graves and Soper will make their live performance debut at Creston Brewing in Grand Rapids on Saturday night, playing a 45-minute set of original material at midnight. The show actually begins at 10 p.m. and will also include sets by Swoop, Glitter Magik and PRIM. 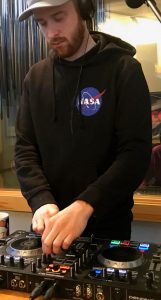 “It’s all live original stuff,” said Ty Beat, who will man his computer, DJ gear and live drums as part of the show.

Graves and Ty Beat plan to release a new EP of their songs sometime this spring, with hopes of continuing to work together in the future.

Of course, Graves also has “a huge year” planned for the GravesTones, who just signed a new manager for bookings. The band plans to release two EPs and its first music video in coming months.

“Needless to say, 2019 will be a big year for us,” she said, noting that West Michigan’s music scene is poised for a big year, too. “We have this plethora of talent around us. It’s just a very exciting time right now.”

The Jan. 11 edition of Local Spins on WYCE – which spotlights local and regional music at 11 a.m. on Fridays on 88.1 FM – also featured the on-air debut of new tracks by The Journeymen (who officially release their self-titled debut album during Winter Wheat at The Intersection on Saturday), Jonn-e, Pastel Arsenal, Melophobix, Phabies, Sundry, Saajtak, The Dead Shepherds and Full Cord (which plays Local Spins Wednesdays at SpeakEZ Lounge on Wednesday, Jan. 16.) Listen to the podcast here.