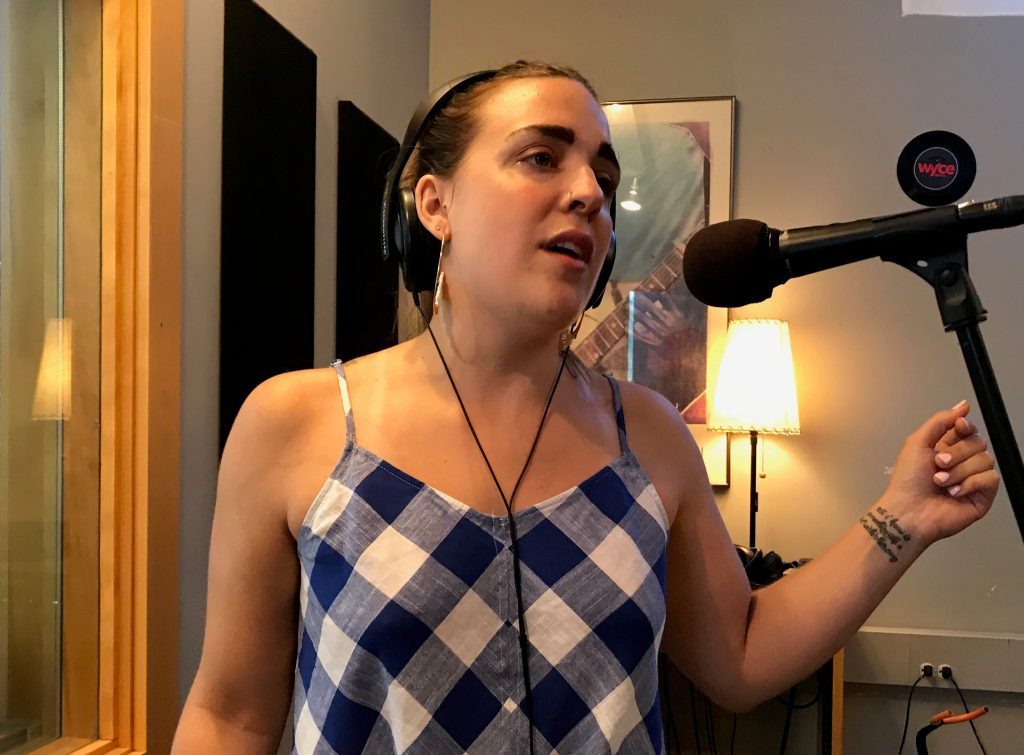 Hannah Rose Graves’ band has boasted a rotating cast of West Michigan musicians over the years, featuring some of “the best musicians I can find in West Michigan,” the soulful Grand Rapids singer maintains. 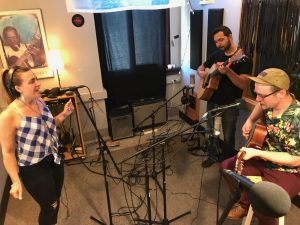 On the Air: Hannah Rose & The GravesTones performing as a trio during Local Spins on WYCE. (Photo/Local Spins)

“It’s just been a long process,” the singer says of the various lineups of The GravesTones. “Some people get really big opportunities and they have to move on. It always ends up being a one door closes and one door opens type kind of thing. Now, I just think the band is better than ever. So, it all works out.”

Fans will get a chance to embrace the revamped lineup at two high-profile shows over the next several days: First at 8 p.m. Saturday for the Local Spins Showcase at Kalamazoo’s Old Dog Tavern (with The Legal Immigrants and Dacia Bridges Project also on the bill) and at 7 p.m. Tuesday as part of the season’s first Tuesday Evening Music Club concert at Frederik Meijer Gardens & Sculpture Park (with Rachel Curtis also performing).

Get tickets, $10, for the Old Dog Tavern showcase online at tickets.localspins.com. Admission to the Tuesday Evening Music Club show is the cost of regular admission to Meijer Gardens ($14.50 adults).

Along with a “new” band comes new material: Graves, Marth and Pompey performed a brand new original tune, “Making It Count,” during Friday’s appearance on Local Spins on WYCE (88.1 FM), followed by a unique cover of Gnarls Barkley’s “Crazy.” Watch a video of “Making It Count” here, with the full radio show podcast below.

In addition to numerous gigs and festival appearances this summer, the band continues to work on new songs, with hopes of releasing another EP this December – the follow-up to 2017’s chart-topping “Awake in a Dream.”

“We just have that really great live energy of kind of a dance party and just feel good and shake off your worries kind of thing,” Graves said. “I think funk is universal and I think we’ve done really great job at getting our original material to be widely appreciated.