After a rainout for Week 1, the popular Tuesday series at Meijer Gardens boasted blue skies and dance-hued regional music for a family-filled crowd. The recap and photo gallery at Local Spins. 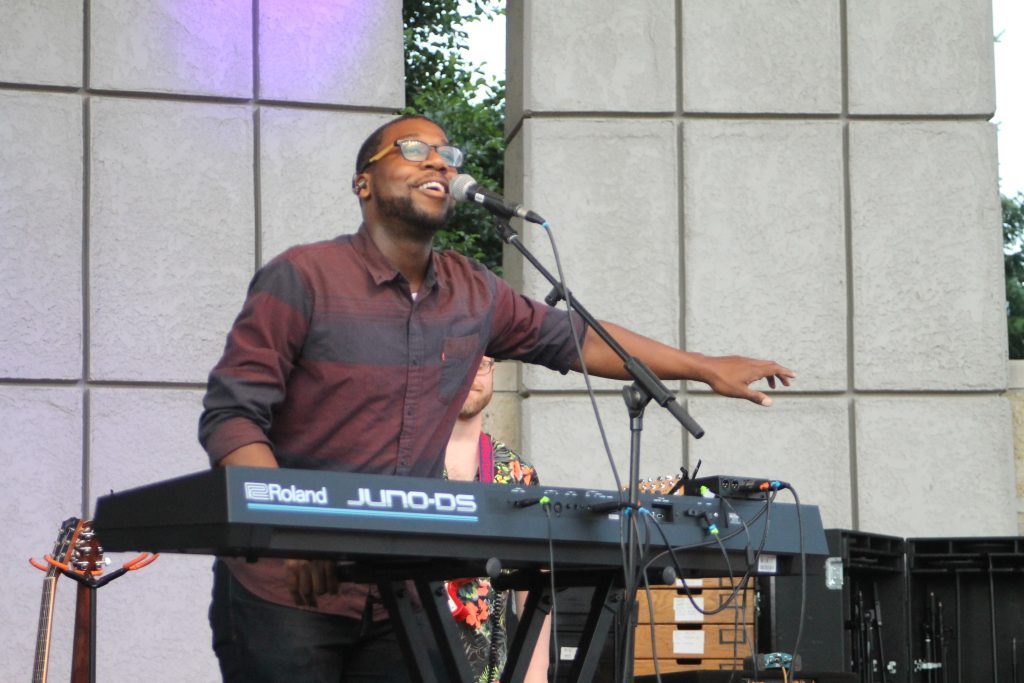 Rain showers may have washed out the first night of the Tuesday Evening Music Club series at Frederik Meijer Gardens & Sculpture Park last week, but it was all sunshine and blue skies Tuesday as hundreds reveled in an evening of dance-inspiring regional music courtesy of Paddlebots and Big Sherb.

The series — which continues next week with the folk and country of Matt Gabriel and the Kari Lynch Band, followed by the rock of Boy From School and Mannhattan on July 23 — showcases local artists of every stripe, something that draws big crowds to the amphitheater for the weekly series in July and August. 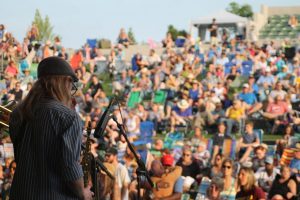 “I love how it’s so eclectic,” said concertgoer Colleen Scott of Grand Rapids. “We have so many different options for music and they are all local music.”

Big Sherb, a Grand Rapids-based band formed at Central Michigan University several years ago, kicked things off as concertgoers piled in. Belting out upbeat originals, the four-piece band riled up the crowd with their danceable funk-fusion.

Big Sherb, which made its first appearance at Meijer Gardens back in 2015, cranked out attention-getting guitar solos amid the band’s unique combination of funk, fusion and progressive rock.

The Paddlebots — a Detroit-based group that also was formed at Central Michigan University — followed with a style and genre of music they claim they invented: progressive soul-pop. It’s a mixture of different genres crafted into their own new version of music.

‘A VERY LARGE SPACE’ AND ‘A FUN PLACE TO PLAY’

Right from the get-go, lead singer Kortez Buckner’s crisp voice echoed across the amphitheater, as the band dove into a set filled with strong harmonies and lively trumpet playing that brought audience members to their feet. A big crowd soon formed right in front of the stage, with fans swaying their hips, clapping and nodding their heads to the beat.

For many bands playing the series, Meijer Gardens is one of the largest venues they’ve ever played. That makes the series a huge deal. 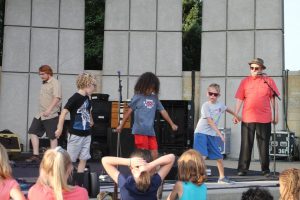 Added band co-founder Haruki Hakoyama: “It’s a really fun place to play. It really gives bands the opportunity to play to a diverse audience too.”

The Paddlebots added to their fan-friendly charm with interactive parts of their songs, giving the crowd opportunities to sing and clap along.

Throughout it all, the family vibe dominated the evening.

“I have been coming to the gardens since I was a kid,” noted concertgoer Abigail Picket of Grand Rapids. “My family loves seeing the local artists and how inexpensive the concerts are.”

Admission to Tuesday Evening Music Club concerts is the regular admission price of $14.50 for adults, with discounts for seniors and children. The shows featuring local musicians are free for Meijer Gardens members.

Hundreds of families took advantage of the sunny evening on Tuesday to cheer these up-and-coming regional stars.

As show emcee and series founder Ralston Bowles put it: “It was a very good night.” 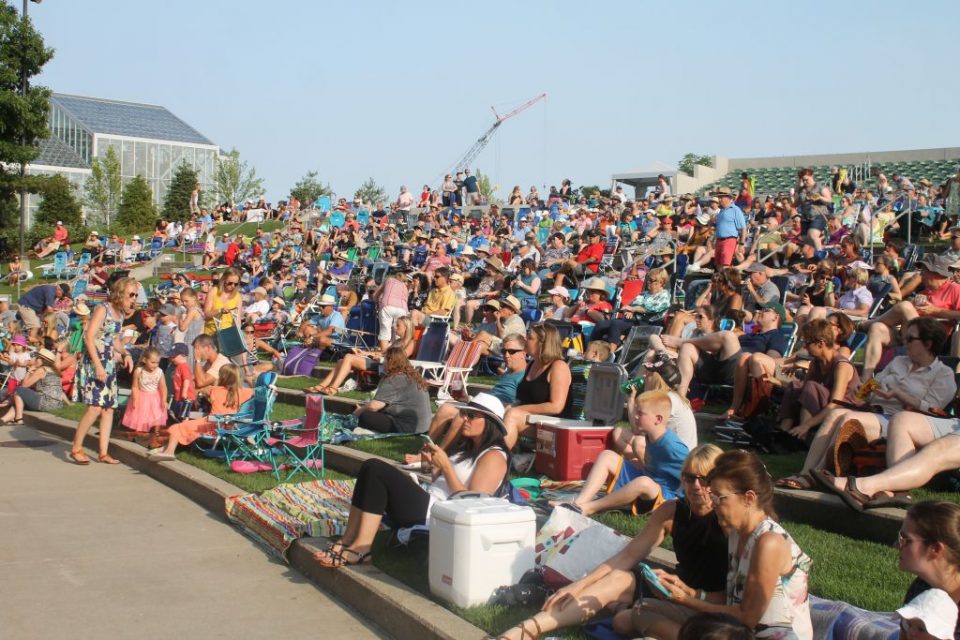 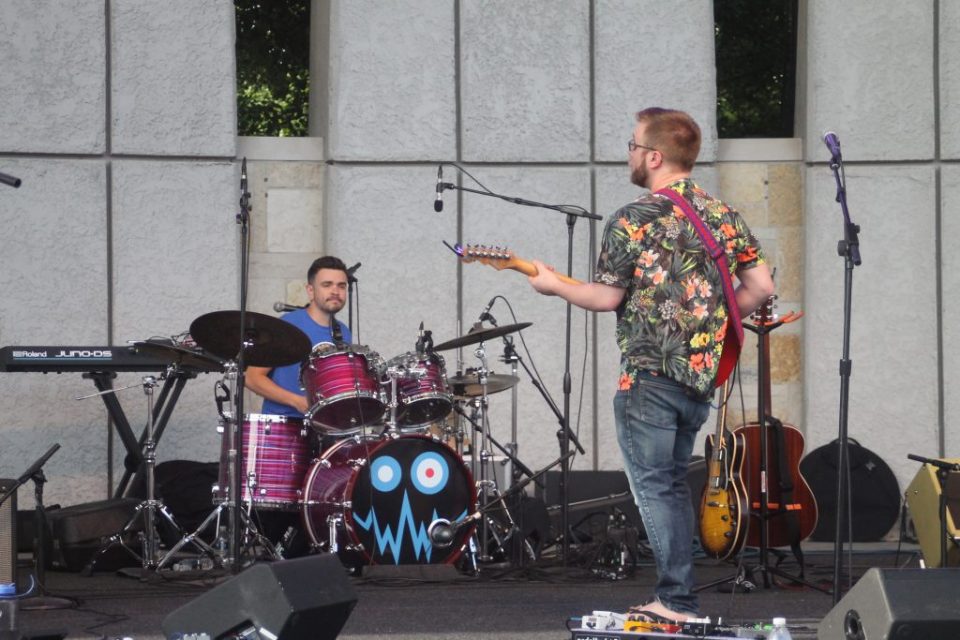 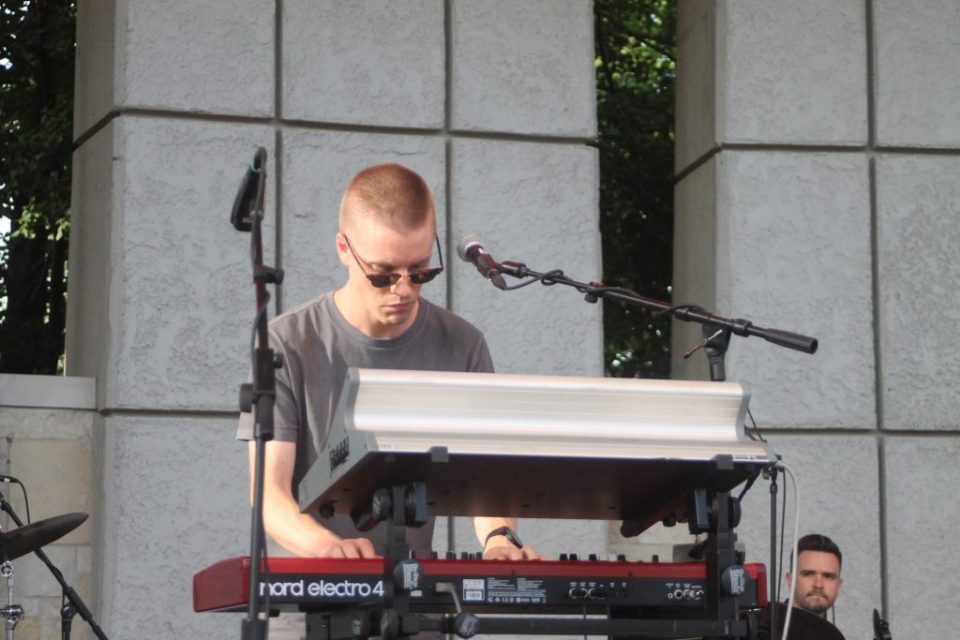 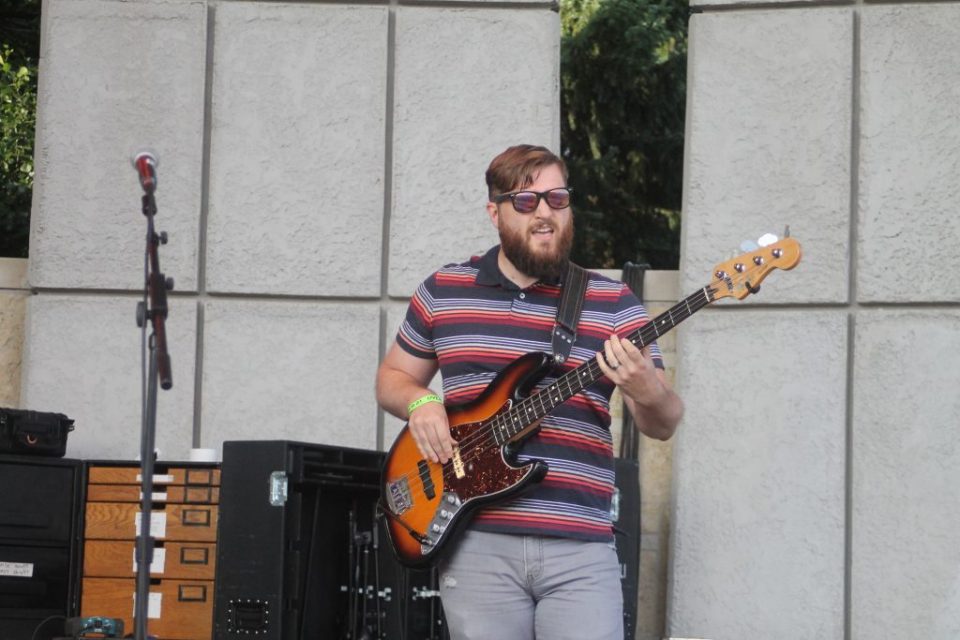 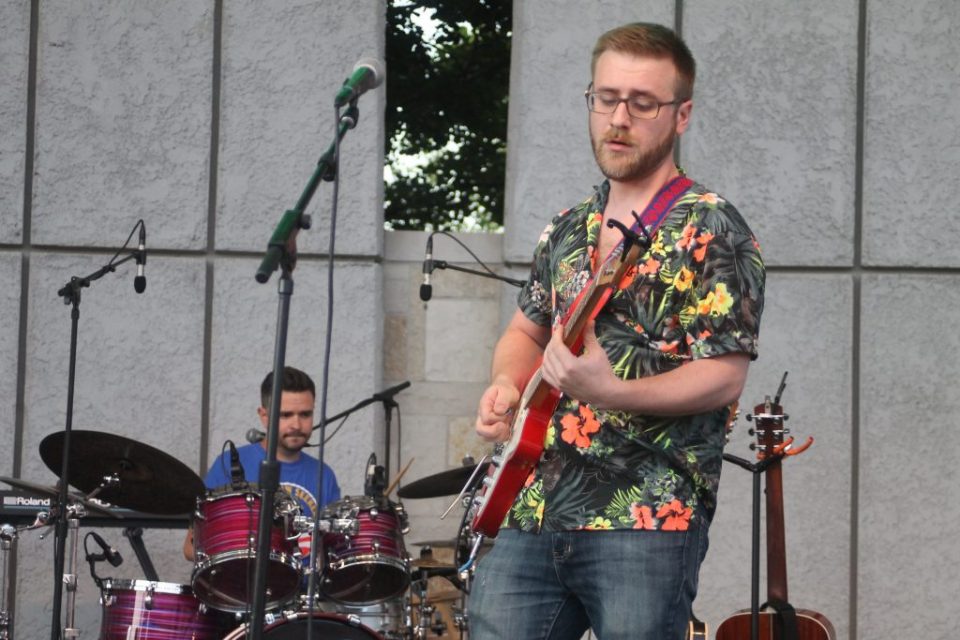 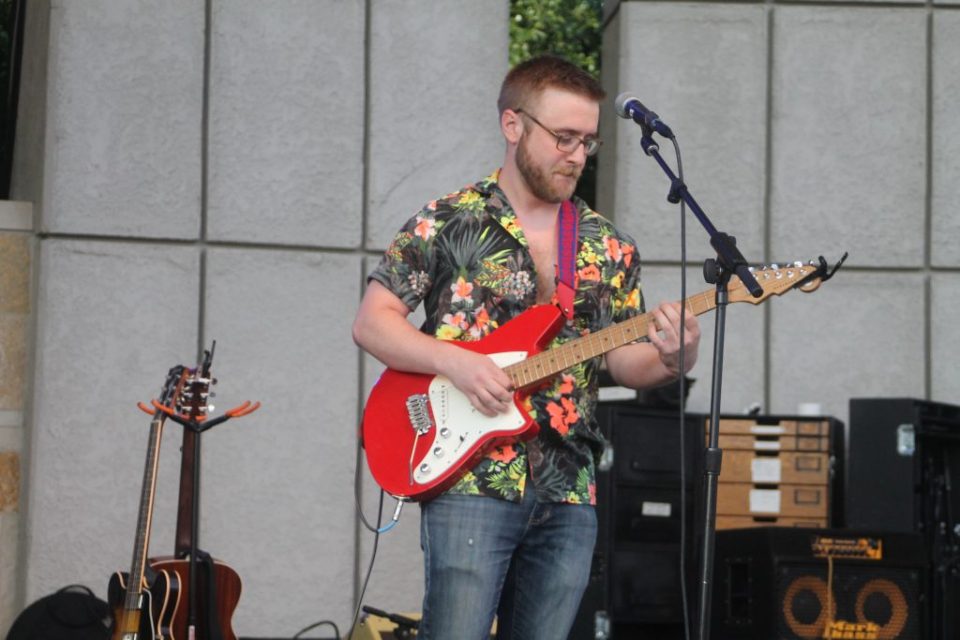 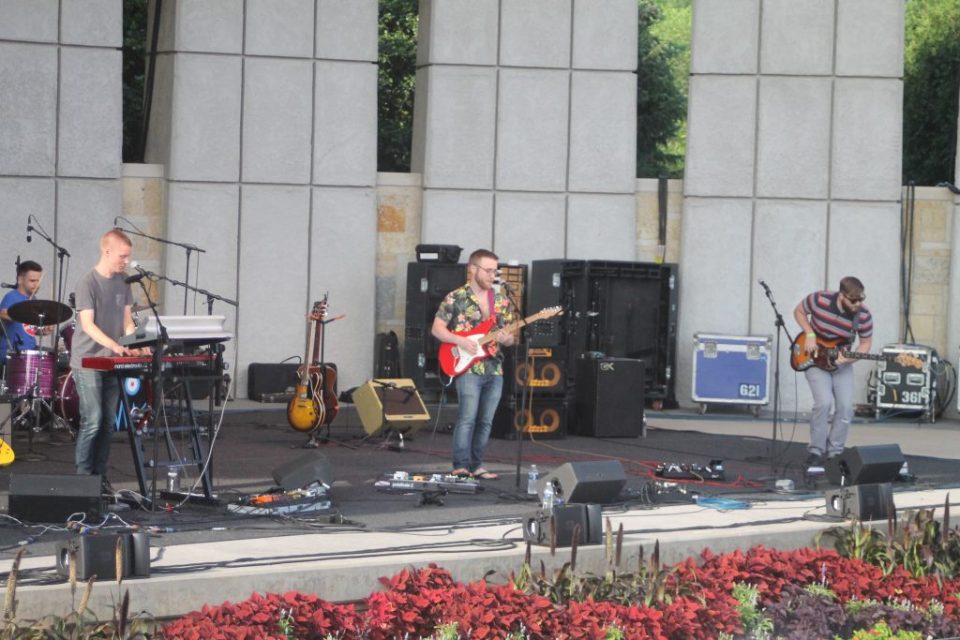 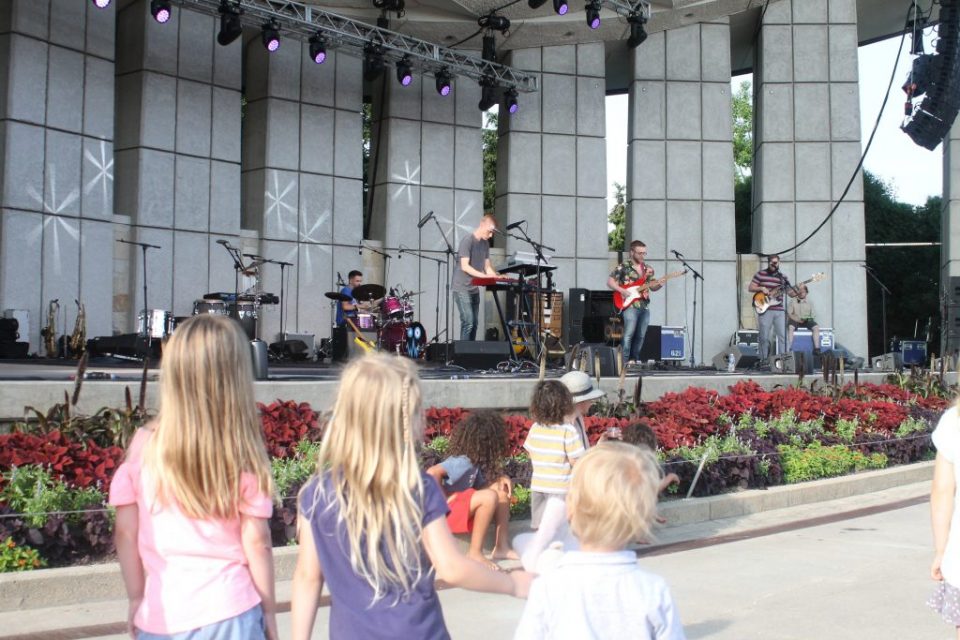 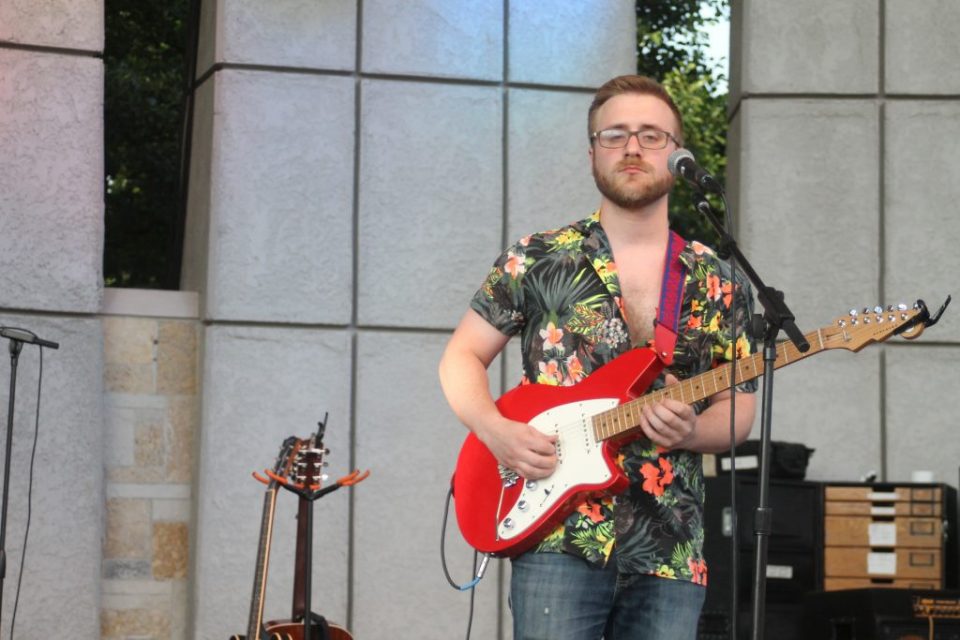 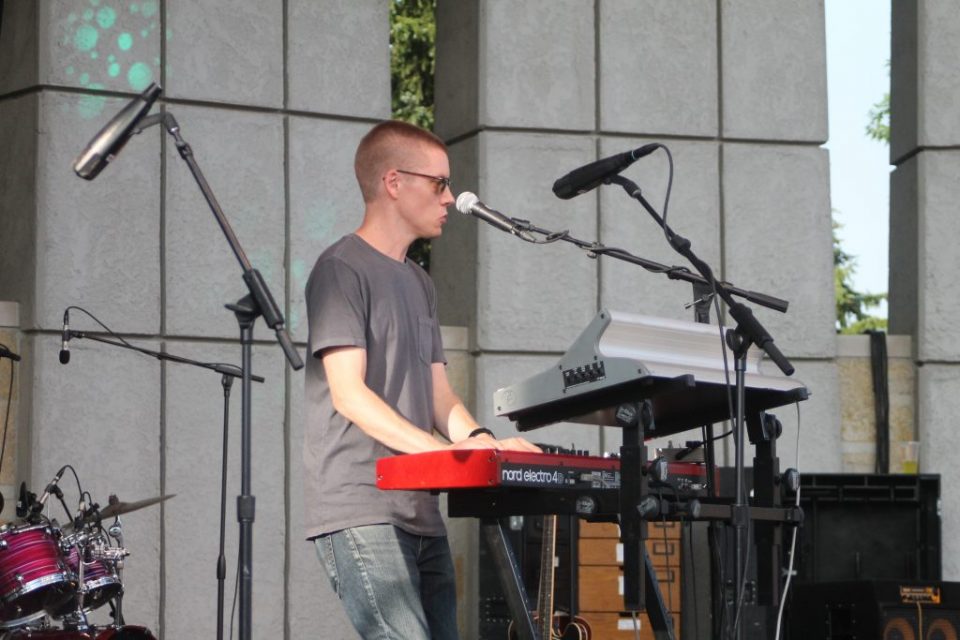 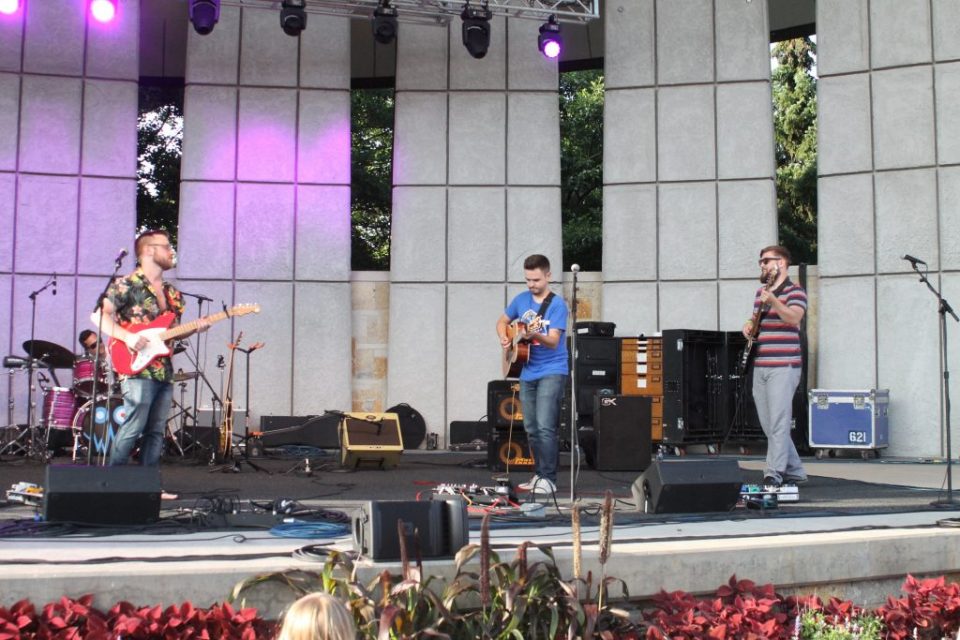 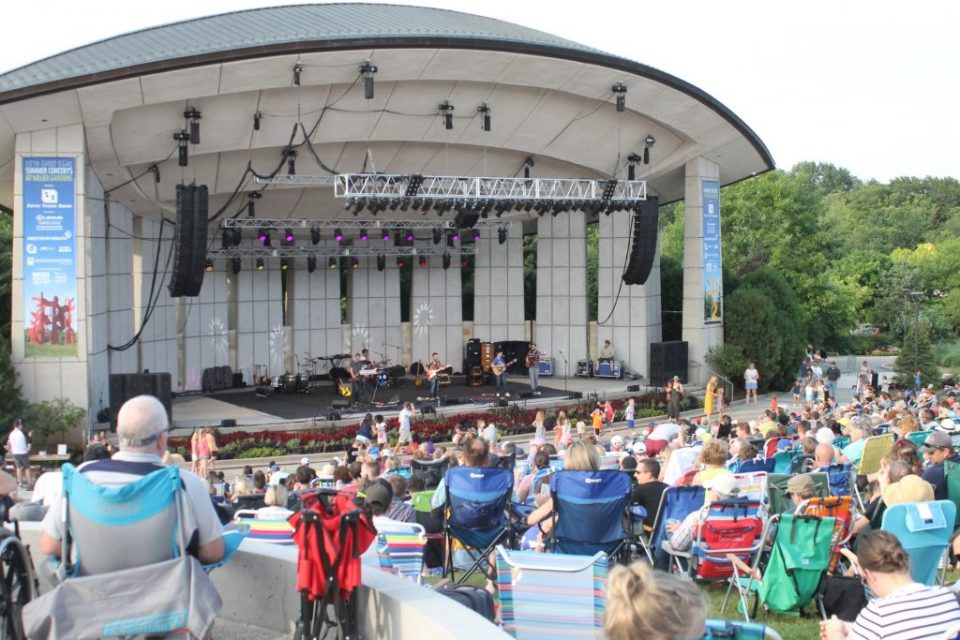 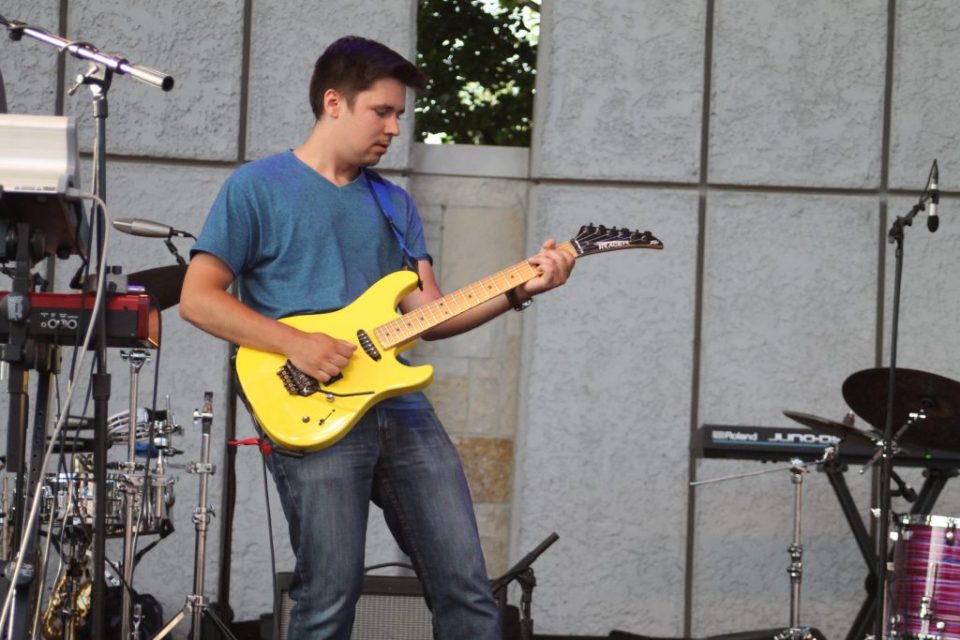 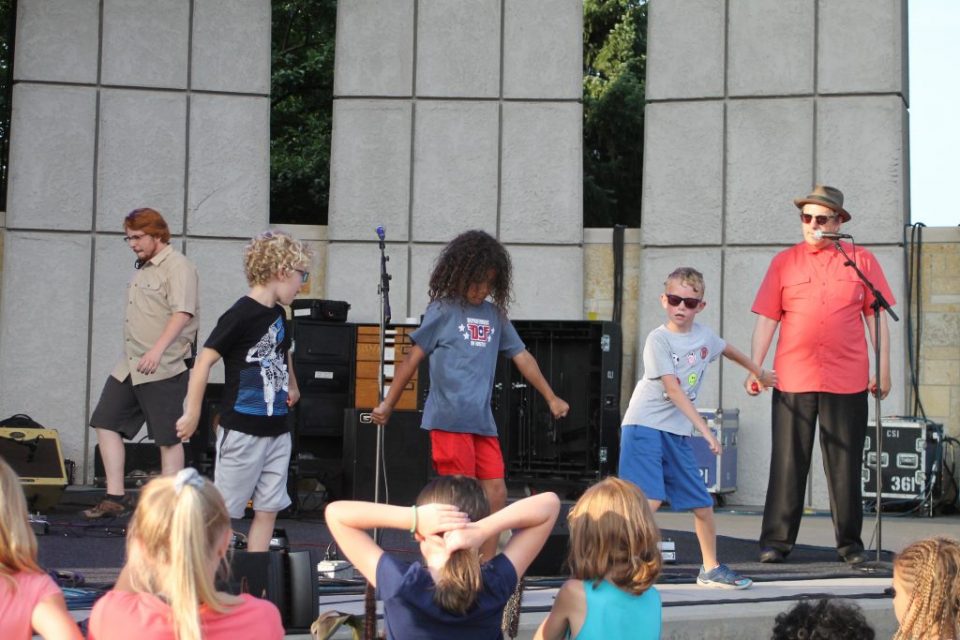 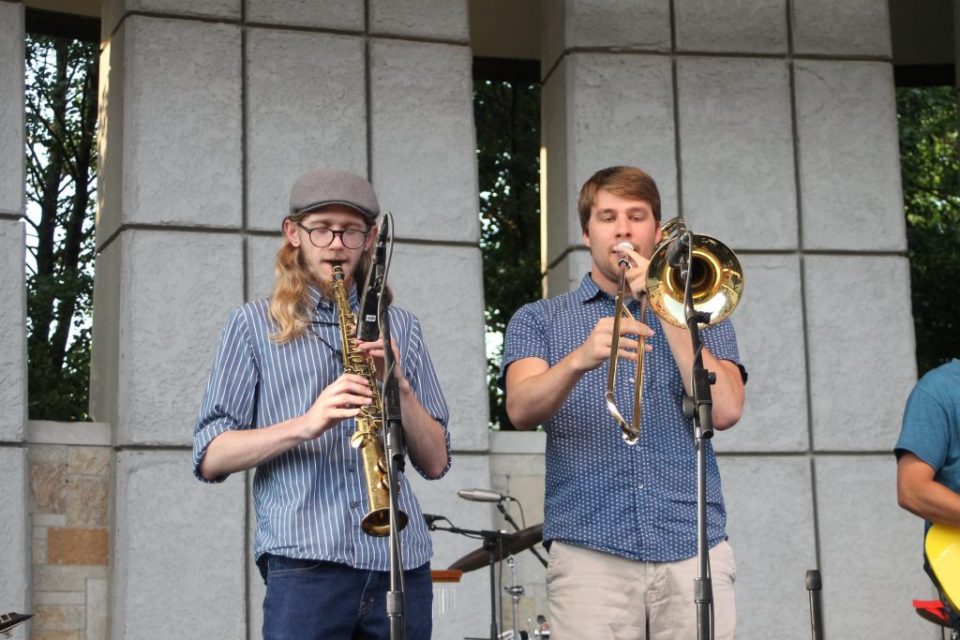 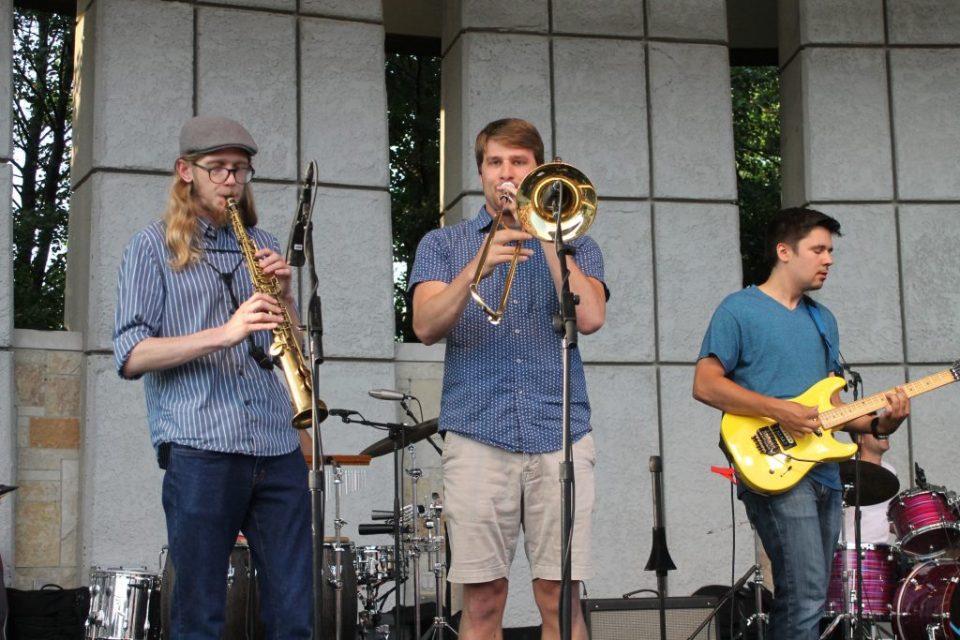 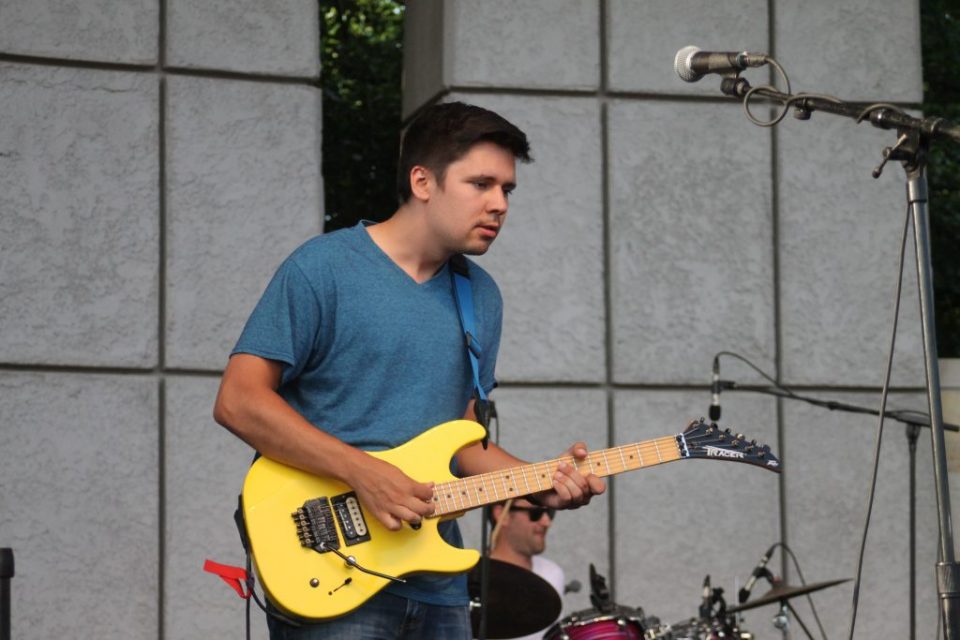 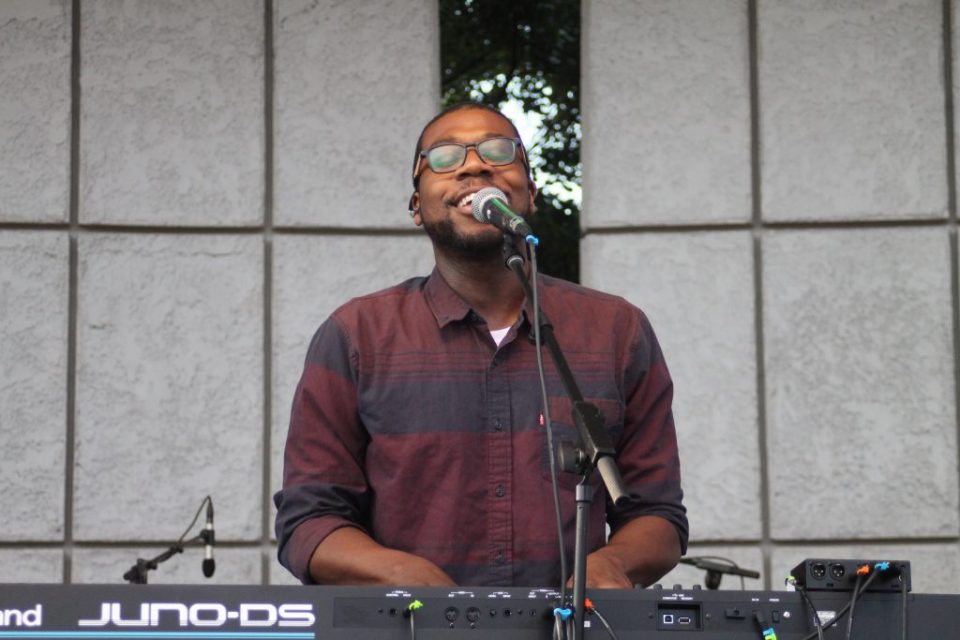 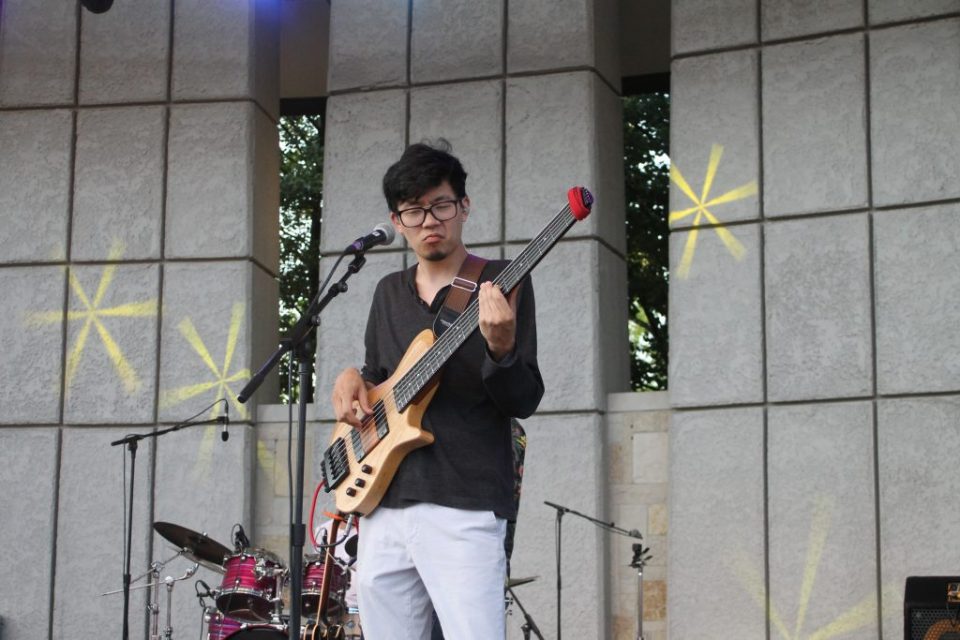 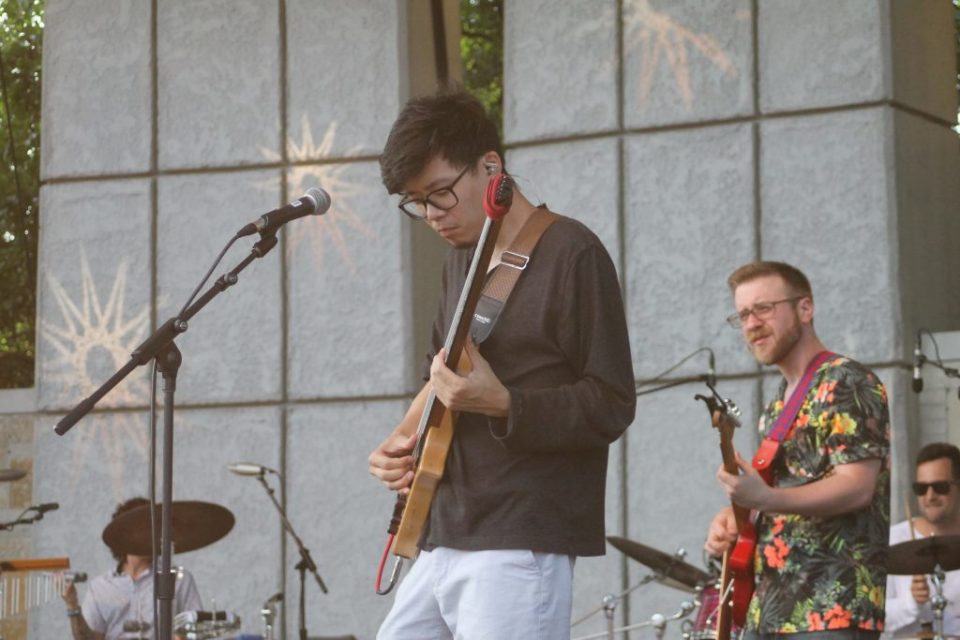 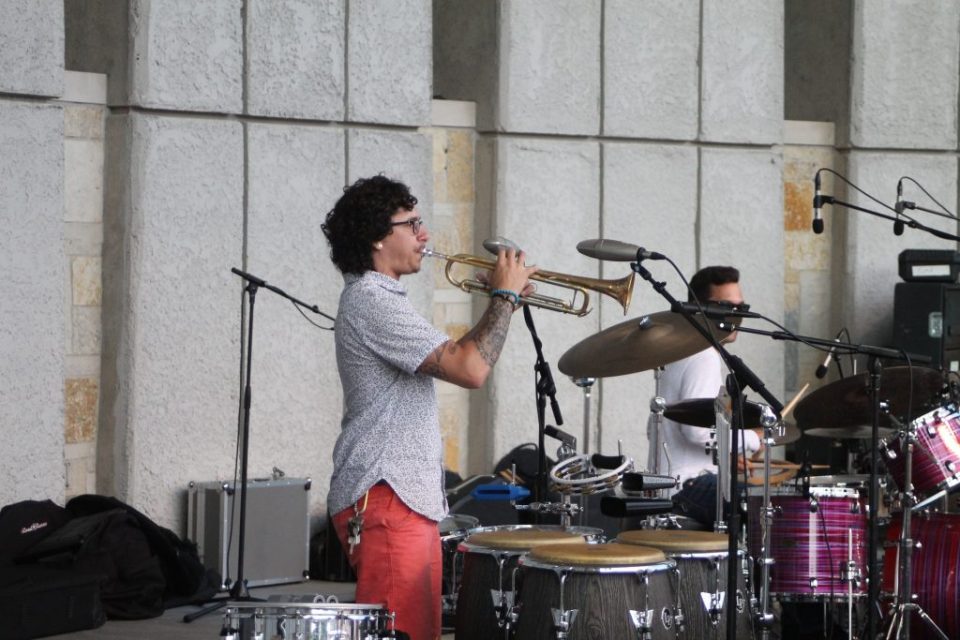 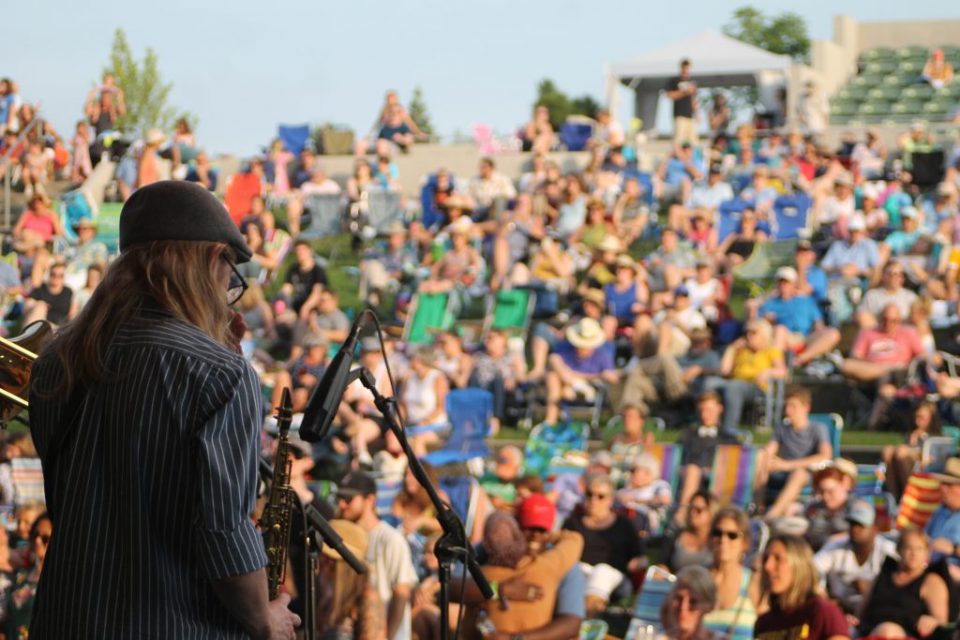 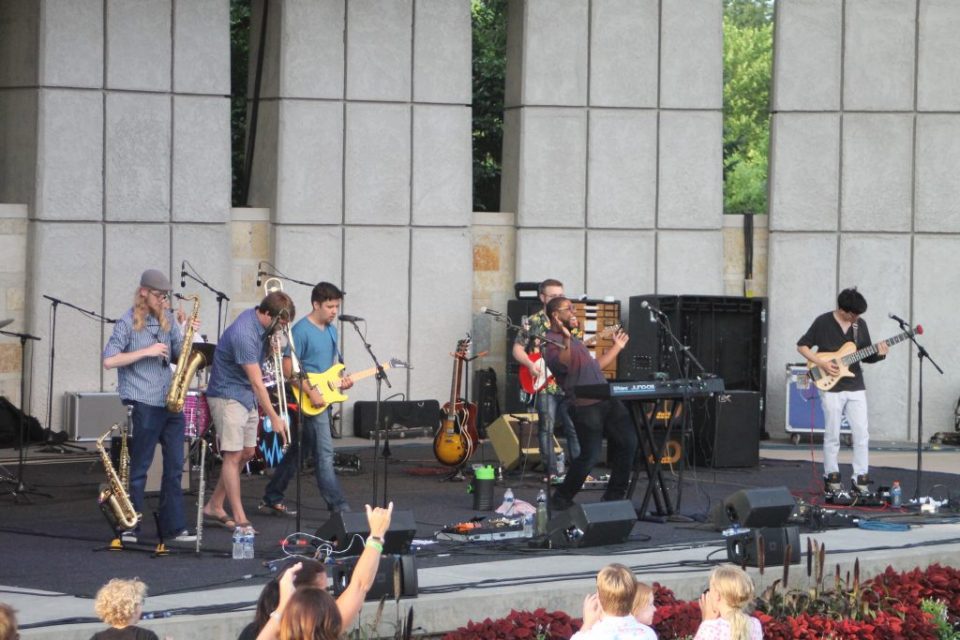 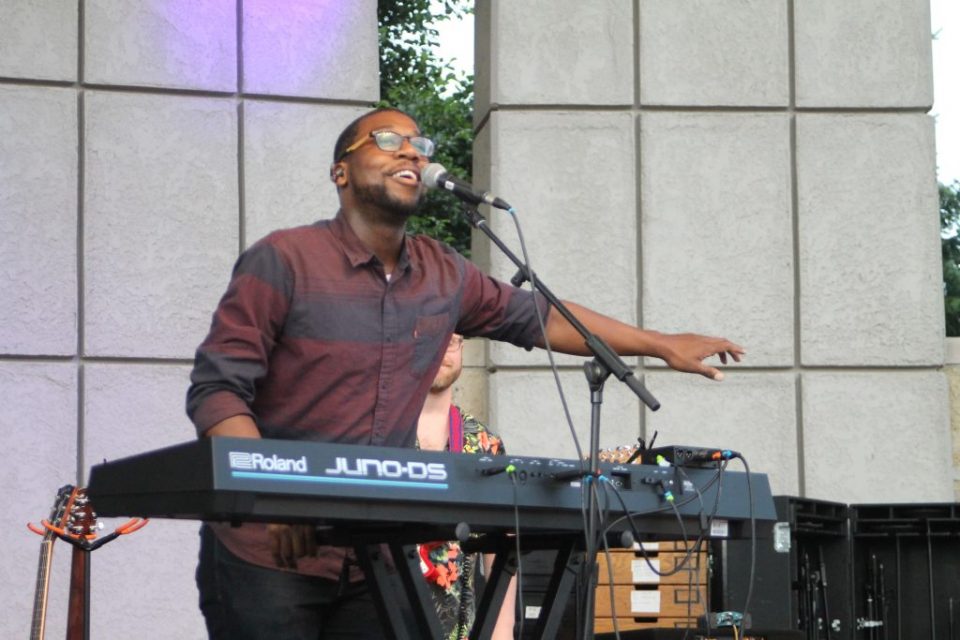 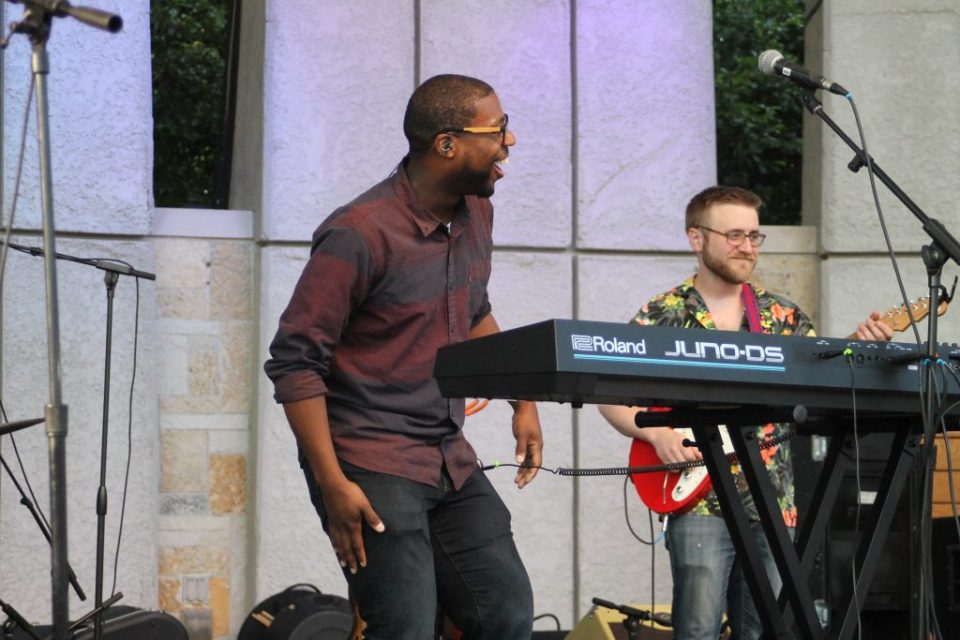 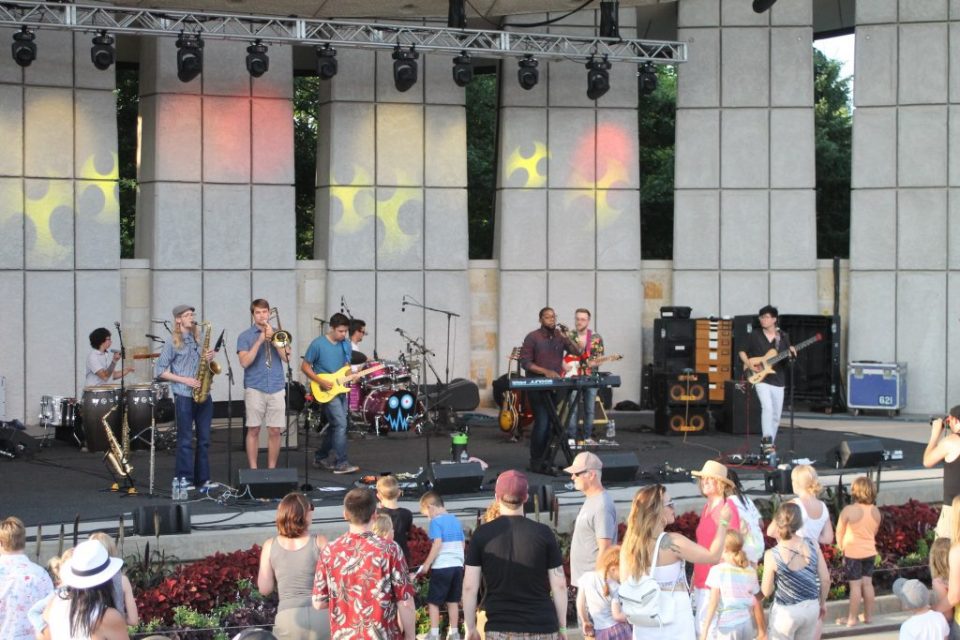