The rock band’s sophomore album was featured this week for Local Spins on WYCE, which also debuted music by Lady Ace Boogie, The Legal Immigrants, May Erlewine and Jessica in the Rainbow. 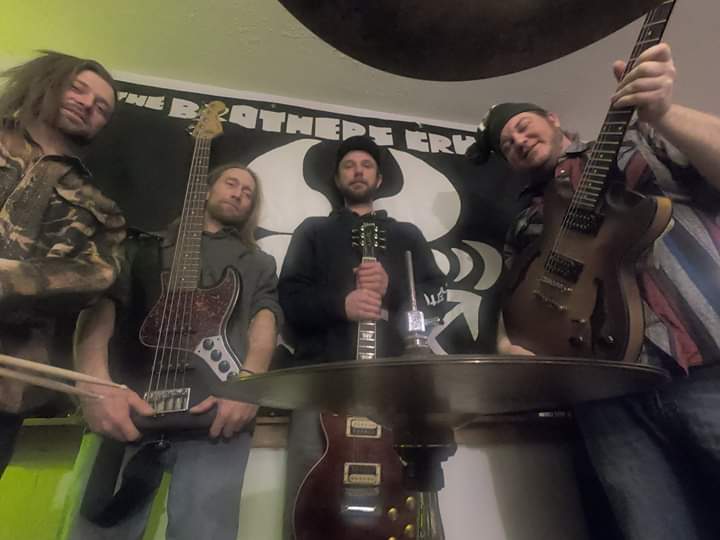 ‘Liking the Heavy and the Groove in the Pocket’: Traverse City’s Brothers Crunch. (Courtesy Photo)

Take it from any band that had ambitious plans for releasing and promoting a new album in 2020: The COVID-19 pandemic has pulled the rug out from under everything.

For Traverse City’s The Brothers Crunch – who invested copious amounts of time, energy, “heart and soul” into a new 13-track sophomore album released this summer – it hasn’t resembled anything close to what they expected.

The band usually spends the summer touring the region and playing numerous Michigan festivals. This year, it had plans for expanding its reach to the Grand Rapids and Detroit areas while promoting the new recording, which originally was supposed to be released in April. 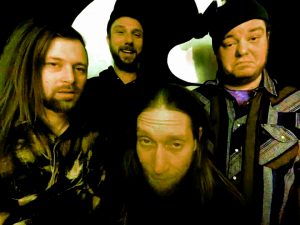 “It’s been tough to get this thing out. When you can’t play gigs, when you can’t have that out there and let people see what you do, it’s really tough … It’s been a rough summer for all of us.”

Nevertheless, The Brothers Crunch have forged ahead, promoting the self-titled album recorded by Dave Runyan at Runyan Media via Facebook while “doing a lot of writing and rehearsing.”

Or as Bluhm put it, “We like the heavy, but we also like the groove in the pocket. … We like it all and the new album touches a little bit on everything.”

Check out a video for the band’s single, “Anatomy of a Groove,” here and scroll down to listen to the full Local Spins on WYCE radio show interview and podcast.

VIDEO: The Brothers Crunch, “Anatomy of a Groove”

Compared to the group’s fledgling debut project released in 2017, Bluhm said the new album represents “a big step forward” with more confident and polished performances of an expanded catalog of material. 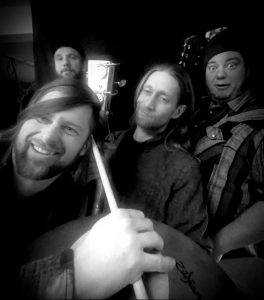 In recent years, The Brothers Crunch have become a staple in northern Michigan’s music scene – a scene which has steadily attracted increased national attention thanks to artists such as The Accidentals, Billy Strings, May Erlewine and others.

Indeed, The Accidentals’ Katie Larson even makes a guest appearance on the new Brothers Crunch album, playing cello on the track “Moving On.”

“Traverse City is a fantastic place to be nowadays,” Bluhm said. “Musically, right now, I think we’re officially on the map. We’re definitely blessed to live in an area that has so much talent. It’s a super, tight-knit community and a beautiful place to live.”

Beyond his work with The Brothers Crunch and performing with northern Michigan singer-songwriter Elizabeth Landry,
Bluhm considers himself an “alternative luthier,” creating unique upright bass instruments that he calls “Boomsticks.” His business, Cauldron Music, also repairs instruments and converts broken ones into new electric instruments.

This week’s edition of Local Spins on WYCE – which spotlights local and regional music at 11 a.m. Friday on WYCE (88.1 FM) and online at wyce.org – also boasted the on-air debut of new tracks by The Legal Immigrants, The Pistil Whips, Jessica in the Rainbow, May Erlewine & The Woody Goss Band and Lady Ace Boogie, as well as music from The Concussions and Ultraviolet Hippopotamus. Listen to the show here.