The COVID crisis eventually scuttled the shows, but when 97LAV announced in late February its plan for returning that mid-week blues series to Rosa Parks Circle, lots of folks were interested. 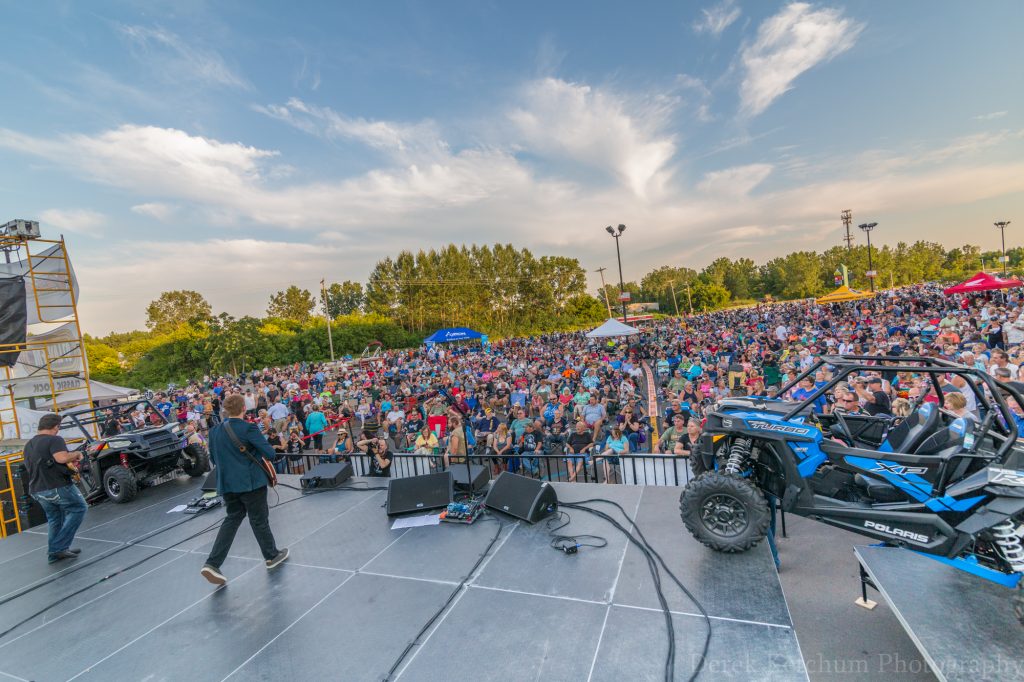 EDITOR’S NOTE: For decades, WLAV’s Wednesday night Blues on the Mall series was a tradition in downtown Grand Rapids — before moving to DeltaPlex Arena the past five years. The station’s announcement last February of a return to Rosa Parks Circle captured the fancy of Local Spins readers, putting it at No. 5 on the countdown of the year’s top music stories. Unfortunately, COVID restrictions ended up scuttling WLAV’s plans. Might the series return in 2021? Only time will tell.

After moving its Wednesday summer blues concerts to Walker’s DeltaPlex Arena five years ago, WLAV (96.9 FM) announced in late February that it would bring its Blues on the Mall series back to downtown Grand Rapids.

The Cumulus Radio station announced that it planned to host three nights of blues featuring two national headliners and a local opening act at Rosa Parks Circle in summer 2020.

The lineup wasn’t announced, but the monthly Blues on the Mall shows were scheduled to take place June 17, July 15 and Aug. 12, with Tony Gates’ “Tone’s Homegrown Happy Hour” kicking off each night at 4:30 p.m. with local bands selected by Gates. Sets by two national headliners will follow. 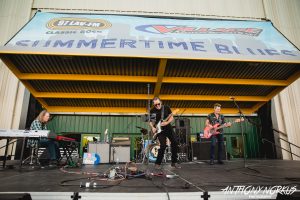 WLAV hosted its Blues on the Mall series downtown for 23 years before moving to the DeltaPlex Arena in 2015, citing limitations, financial stresses and flexibility issues surrounding the downtown Grand Rapids location.

For five summers in a row, the “Summertime Blues” shows in the DeltaPlex Arena parking lot also featured ample parking, beer and food sales and a spacious area for motorcycle enthusiasts to park their bikes and listen to the concerts.

Bruce Law, vice president of Cumulus Radio West Michigan, said in a prepared statement that the city had approached WLAV “with a plan to move back downtown.”

WLAV Program Director Rob Brandt said the station decided to take up the offer and relocate due to “popular demand” and is “thrilled to bring our heritage event back to the streets of downtown Grand Rapids.”

The station noted that by compacting the series to three nights – rather than the nine nights it hosted at DeltaPlex in 2019 – it would be “able to increase the talent budget and bring in bigger acts.”

Law added that Cumulus is “grateful to Joel Langlois and his incredible team” at the DeltaPlex for helping the station keep the series going in recent years. 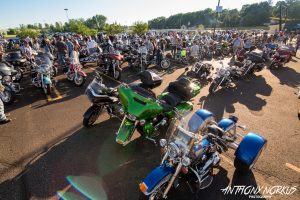 The 2020 downtown shows were expected to end about 8:30 p.m. with concertgoers “invited to an after-party at a local pub with live music and prize giveaways.”

Brandt didn’t immediately respond to Local Spins inquiries about when the lineup would be announced or how WLAV and the city plan to accommodate bikers who’ve long attended the Wednesday blues events.

At the DeltaPlex, a large designated parking area for bikers allowed them to congregate and listen to the music. The availability of the arena next door also gave WLAV the ability to move the shows indoors when thunderstorms swept into West Michigan.

UPDATE: Due to the COVID pandemic and uncertainties surrounding the outdoor events, the Blues on the Mall shows never took place in 2020.