On the eve of their Ann Arbor Folk Festival performance, the Traverse City indie-folksters reveal their affection for Yeah Yeah Yeahs, Fiona Apple and Patrick Carroll, plus a current, classic fave. 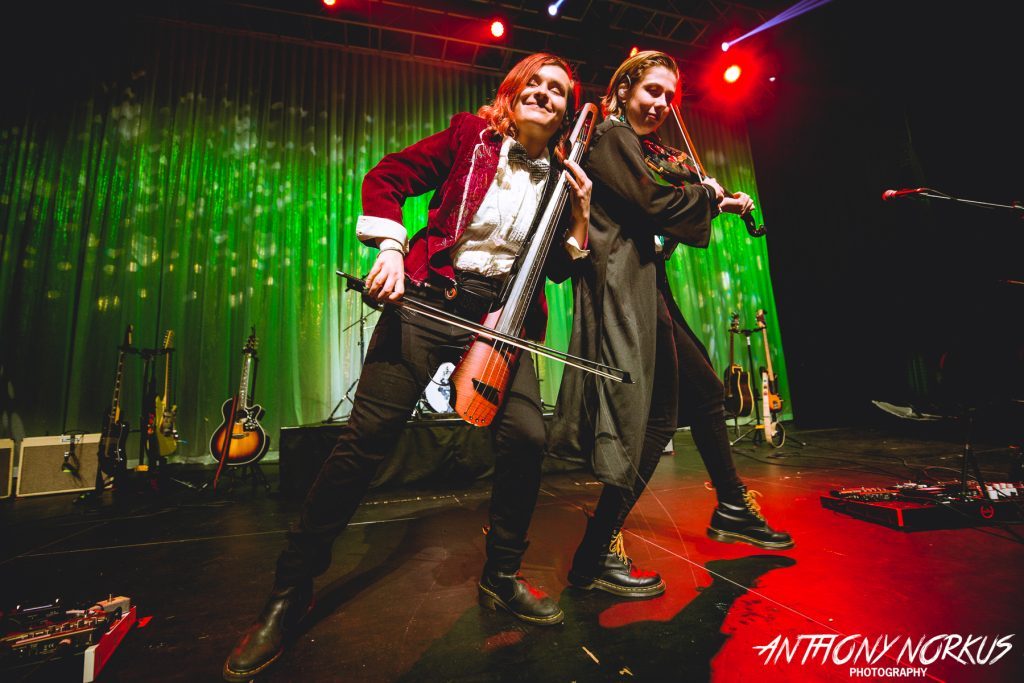 EDITOR’S NOTE: All musicians and songwriters can trace their inspiration to a few key recordings that captivate them and influence their own music. Today, Local Spins writer Ross Boissoneau spotlights The Accidentals’ “Top 3 Albums” in that vein, plus a current favorite at the top of their playlist.

Traverse City’s Katie Larson and Savannah “Sav” Buist first met as fellow string students in high school orchestra. They began playing together and expanding their sound and instrumentation to include folk, rock and indie influences, played on guitars, bass, banjo, mandolin, glockenspiel, accordion and eventually drums when Michael Dause joined The Accidentals. They’ve received acclaim locally, regionally and nationally, including being named one of seven breakout artists at SXSW. They’ve toured the nation and produced three full-length albums, one EP and two live albums, while also contributing to other musicians’ music. Katie and Sav each picked one influential album, collaborated on a third and their current fave. By the way, The Accidentals kick off the live-stream edition of the Ann Arbor Folk Festival at 7 p.m. Friday, performing their set from the stage at The Ark with special guest Kim Richey. Also, tune in to Local Spins on WYCE (88.1 FM and online at wyce.org) at 11 a.m. Friday for the on-air debut of a new Accidentals single timed to coincide with the folk festival appearance. 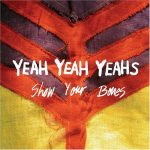 1. The Yeah Yeah Yeahs, “Show Your Bones” (Katie Larson’s Pick) – Around the time we were getting our first gigs playing coffee shops and breweries, “Show Your Bones” by the Yeah Yeah Yeahs was on heavy rotation. Our cover of “Gold Lion” was on our set list almost every night. As someone who felt very reserved and socially awkward in high school, it was a revelation to hear Karen O hold nothing back. I was always trying to channel the power in her voice – it’s as if she can flip a switch and go from completely wild and unapologetic to being vulnerable. It blew my mind that the same person who could stage dive and roll around in broken glass in a tinsel cape also felt timid off stage. Listening to “Show Your Bones” made me want to leave everything on stage as a performer. I loved the acoustic and gritty electric guitars, the energy of the trio, and the cathartic songs.
Listen/Watch: “Gold Lion” 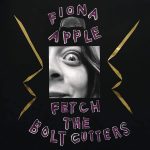 2. Fiona Apple, “Fetch the Bolt Cutters” (Sav Buist’s Pick) – When I first heard this record, we were about a month into COVID-19 quarantine. I put it on, and I won’t lie, at first I couldn’t piece it together in my head. The notes felt raw and frantic; it felt like walking into an art gallery where the subject matter was entirely abstract, and the paintings had no names. Then I read a New Yorker article by Emily Nussbaum called “Fiona Apple’s Art of Radical Sensitivity”” and my whole perspective on the record changed. It’s a purposeful amalgamation of strange sounds, dogs barking, raw edges and primal percussion. Sometimes her words are tender and even seem to be sung with a smirk; other times she tears absolute holes in you. She tells stories that have desperately needed to be heard with this record. I can’t tell you how many times I’ve cried to it, yelled the words as I walked through the woods, analyzed every part of it. It inspired me to think outside of the box as we recorded our own upcoming record in isolation. I learned this from “Fetch the Bolt Cutters:” Feel free to experiment, don’t limit yourself, and don’t lose sight of what you’re trying to say.
Listen: “I Want You to Love Me” 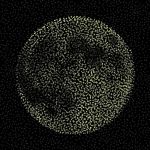 3. Patrick Carroll, “Glow in the Dark” (The Accidentals’ Pick Together) – This is a record that has stuck with us ever since we first heard it in 2013. It’s the only record that everyone agrees on immediately. Patrick was a local musician near our hometown of Traverse City, and we played a few Earthwork Harvest Gatherings together in Lake City. Less than a month after the record was released, he passed away at the age of 26 – only a year older than we are right now. This album is the closest thing you get to true genuineness, to vulnerability, to the most brutal honesty one could ever stand to hear. It’s a deeply personal album, but it’s a perspective everyone should tap into. We grew up with his music and it continues to inspire us with every recording we make. What we learned from this record is that music heals, music lasts, music tells the truth. Music glows in the dark.
Listen: “Parachute” 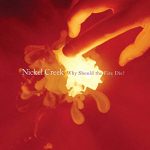 Currently Loving: Nickel Creek, “Why Should the Fire Die” – Lately we’ve been revisiting a lot of classic albums. Every other week our Patrons (supporters) suggest one of their favorite records and we host a “Throwback Album Review” on Zoom. It’s totally changed the way we listen to music. We’re paying more attention to production and arrangement and trying to apply that to our new songs in the studio. “Why Should The Fire Die” by Nickel Creek is one we keep referencing. Their three-part harmonies and instrumentation take such unexpected turns but balance each other so well. The album is full of shifting textures and emotions. We ended up scrapping an early version of one of our songs and referencing the interweaving guitar/mandolin parts on “Doubting Thomas” to capture that pulsing, melancholy feeling. The more we listen, the more intricate layers we hear. It’s an album that we’re all familiar with, but never gets old.
Listen: “Doubting Thomas”