Versatile Lansing keyboardist Jim Alfredson, a founding member of the jazz organ trio Organissimo, today reveals the three albums that helped shape his career, along with some current favorites. 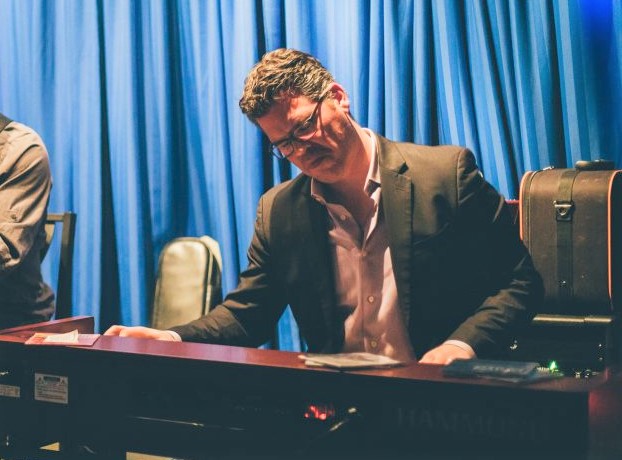 EDITOR’S NOTE: All musicians can trace their inspiration to key recordings that captivated and influenced them. Today, Local Spins writer Ross Boissoneau continues our weekly series by revealing the albums that changed the world for Michigan keyboardist Jim Alfredson.

Jim Alfredson grew up in a musical family. He remembers pulling on the drawbars of his father’s Hammond B3 when he was just 4 years old; by 8, he was writing his own songs. He staked out territory among the synthesizers and Mellotrons popular in rock and progressive music, but always returned to the sweet sound of the Hammond organ. He served as the keyboardist and musical director for the bluesy Root Doctor for a decade, coinciding with the formation of the jazz organ trio Organissimo, which celebrated 20 years last year. Alfredson’s latest project is the progressive rock band THEO.

Along the way, he’s found time to perform with major jazz artists such as Paul Brown, Bob James, Eric Marienthal, James Carter, Dr. Lonnie Smith, Fareed Haque and Harvey Mason, as well as blues acts Taj Mahal, Buddy Guy and Grammy-nominated singer Janiva Magness. He’d just returned from touring when the 2020 lockdown happened, and he ended up live-streaming regularly from his basement studio. For all his efforts, he was received the 2021 JAZZ JAMM award for Significant Contributions to Jazz in Mid-Michigan. Scroll down for a Spotify playlist culled from his album picks, along with a track by Organissimo. 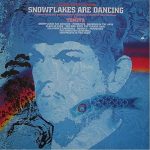 1. Tomita, “Snowflakes Are Dancing” (1974) – My dad had a super eclectic record collection. Growing up in a tiny, two-bedroom house in the country with five sisters and a brother (my brother and I shared bunkbeds at the top stairs … no actual bedroom), my form of escape was to don the headphones and disappear into an album. One of the first was by the synthesizer pioneer Tomita, famous for his arrangements of well-known classical pieces using nothing but electronic instruments. The level of craft and time involved in his productions, compared to how easily things are done today, is staggering. He was a master of the Moog synthesizer, which was monophonic, meaning you could only play one note at a time. Not only would he patch all the sounds together using cables to connect different modules in the Moog, designing each sound from scratch, he would then painstakingly record one note at a time on to a track of tape and build up an entire orchestra of synthesized tones that way, section by section, literally one note at a time. His famous string section sound is hundreds of individual notes recorded separately, one at a time, and mixed together. Unbelievable. I used to get lost in the photograph on the back of the album that showed him in his studio, the behemoth Moog Modular system lurking ominously behind him, and wonder how it all worked and how he was able to achieve such amazing sounds.
Listen: “Snowflakes are Dancing” 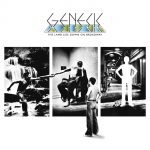 2. Genesis, “The Lamb Lies Down On Broadway” (1974) – Concept albums were a thing among the progressive rock bands of the 70s, and this is one of the best. Do you crave insanely intricate music that deftly skips through multiple time and key signature changes while juggling several classical-esque motifs? Check. Fantastically dense lyrics referencing everything from 1950s Americana to obscure Greek mythology to well-worn Biblical themes? Check. Simply awe-inspiring synth solos from keyboard god Tony Banks and ridiculously creative drumming from the inimitable Phil Collins? Fucking check and check. Topped off with Gabriel’s iconic vocals and oftentimes impenetrable wordsmithery, and you’ve got an album that offers new rewards on every listen, something so rife with genius that it broke up the band (Gabriel famously left after the supporting tour to pursue his solo career). They don’t make ’em like this anymore.
Listen: “The Lamb Lies Down on Broadway” 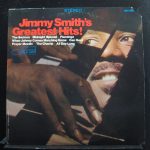 3. Jimmy Smith, “Greatest Hits” (1969) – After exhausting my dad’s collection of progressive rock albums by the time I was 16, I was looking for something else to listen to. Prog died in the 1970s, although it has enjoyed a resurgence in recent years. My dad suggested that I make him some simple backing tracks so he could practice his guitar, having put away that instrument for about a decade in favor of synths. He told me, “Just make me some 12-bar blues in different keys. You’re better at programming and sequencing than me.” I had no idea what a 12-bar blues was at the time. So he said, “Listen to this,” and laid Jimmy Smith’s “Greatest Hits” on me. I had been listening to the progressive keyboard gods like the aforementioned Tony Banks, Keith Emerson, Rick Wakeman, Dave Stewart, etc. I listened to Deep Purple and Jon Lord. I loved Hammond organ but I had NEVER heard anything like what Jimmy Smith was doing. What in the actual hell was going on?!? Three guys were making that much noise? Jimmy Smith holding down all the bass lines with the organ pedals? And then fluidly improvising with his right hand at the same time? Over these crazy jazz changes? How is this possible?

Thus began a decade-and-a-half obsession with jazz organ that didn’t end until my father passed in 2008 and I started revisiting my musical roots again. I was so obsessed with jazz organ that no other music could penetrate my world from about 1994 to 2008. Jimmy Smith, Jack McDuff, Groove Holmes, John Patton, Jimmy McGriff, Shirley Scott, Don Patterson, Dr. Lonnie Smith, Larry Young … they were my saints and I their humble disciple. I sought out the few that were still active as much as possible. I tried to meet Jimmy Smith after a gig at the Magic Bag but to no avail. Jimmy McGriff signed a copy of “I’ve Got A Woman” for me at the Detroit Jazz Festival and gave me some great encouragement. Dr. Lonnie Smith sat down with me after his set at the Bird of Paradise and showed me how to use the bass pedals to accent the bass line. Jack McDuff and I shared a drink in Toledo and he offered encouragement as well.

Jazz organ is a deep well and I hope I’ve added a couple drops to it with my own projects, including, of course, Organissimo. I’m no longer 100-percent obsessed with it and have even finally released my own prog-rock albums under the name THEO, as well as some electronic music inspired by Tomita and others, but jazz organ is definitely my main love to this day.
Listen: “The Champ” 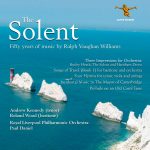 Currently Loving: Classical Music – I’ve been exploring a lot of classical music lately. Right now, I’m way into Sibelius and Ralph Vaughn Williams. I like to listen to Sibelius’ symphonies while following along in the score. He was a master of orchestration, in my opinion, up there with Ravel. Ralph Vaughn Williams wrote some of the most beautiful melodies, and of course, his string arrangements are sublime. Right now in my CD player (I still listen to CDs because I’m old) is “The Solent: Fifty Years of Music by Ralph Vaughn Williams,” which is a gorgeous collection of his shorter works focusing on song-like structures and folk melodies. Beautiful stuff.
Listen: “The Solent”

MUSIC THAT CHANGED THE WORLD: Jim Alfredson’s Playlist on Spotify