It’s all about ‘getting back to your roots’ for Detroit’s award-winning ‘Queen of the Blues’ who headlines the Local Blues Matters benefit at Billy’s Lounge. Read the Local Spins interview, listen to her music. 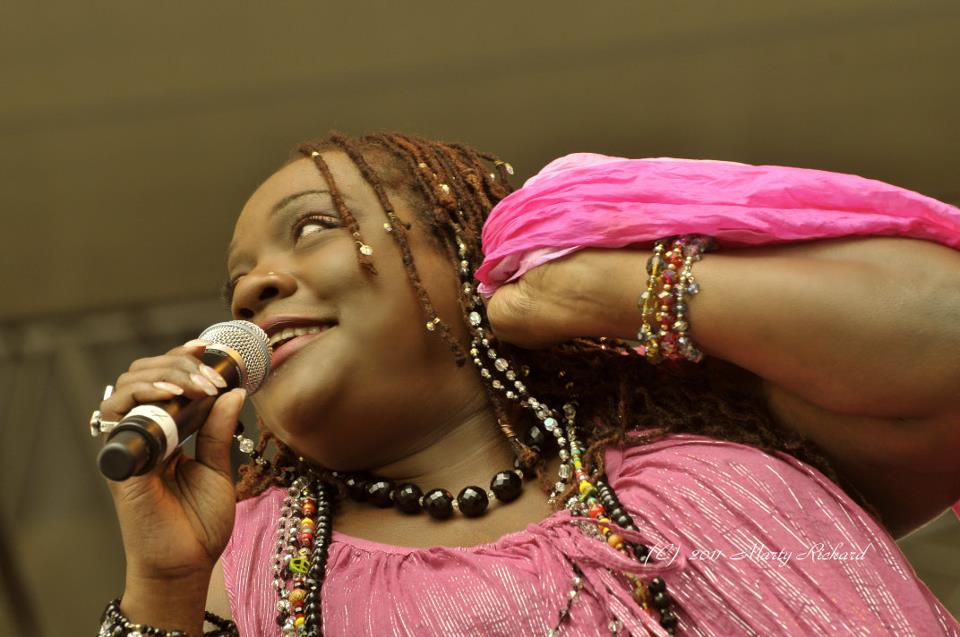 THE ARTIST: Thornetta Davis
THE MUSIC: Detroit-bred blues
WHERE YOU CAN SEE HER: 7 p.m. Saturday at Billy’s Lounge for ‘Local Blues Matters,’ with Jimmie Stagger and Big Boss Blues wsg Jake Kershaw, $10 donation at the door; May 27 at Lone Oak Vineyard Estate in Grass Lake

SCROLL DOWN FOR AUDIO, VIDEO

Thornetta Davis claims she’ll sing the blues, “crippled or crazy,” as long as she lives.

And at 53, as she tours Michigan and continues to promote her latest album, “Honest Woman,” there’s no indication Detroit’s “Queen of the Blues” will ever quit. 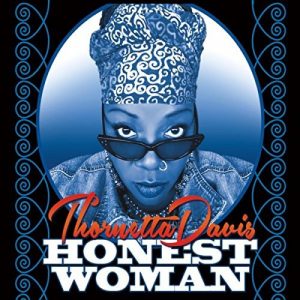 Released last fall, “Honest Woman” is Davis’ first album in 20 years, and it bursts with memorable blues tunes infused with rock, funk and gospel. Davis recruited some her favorite Detroit musicians to make the album, including late trumpet legend Marcus Belgrave, who appears on “Get up and Dance Away Your Blues.”

Davis began writing the album in 1996, following the release of her debut LP via Sub Pop Records, “Sunday Morning Music.” Its lead single, “Cry,” was featured on an episode of HBO’s “The Sopranos,” which, according to Davis, seemed to raise the bar for a follow up release.

“I kept thinking some great producer would produce my next record for me,” she said. “It got to a place where I turned 50 and it all of a sudden felt really urgent.”

The result is Davis’ self-produced vision of “Detroit funky, rocking blues.” From the intimate and emotive title track to the dirty twang of “That Don’t Appease Me,” Davis’ decision to record the album DIY recalls an “honest” approach to classic blues music.

“[The blues] is all about getting back to your roots,” Davis said. “I’m influenced by so much, coming from Detroit. I incorporate it all into what I create.”

A HARD-WORKING AWARD WINNER AND NOMINEE

Some might consider two decades between albums a lengthy break. But for folks in Detroit, “what ever happened to Thornetta Davis?” wasn’t a question that ever needed answering.

Davis has been honored with more than 30 Detroit Music Awards since 1991, and she’s nominated for several more this year, including outstanding blues artist and outstanding blues recording. The awards ceremony will be May 5 at The Fillmore. “Honest Woman” also is nominated for “best emerging artist album” at the national Blues Music Awards taking place May 11 in Memphis.

Whether she’s opening for Ray Charles, Etta James and B.B. King or singing the National Anthem for the 2013 NHL Winter Classic, Davis has kept busy singing the blues to audiences across the United States and beyond. 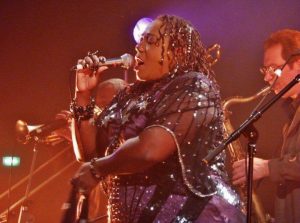 As a backing vocalist, Davis has recorded and performed with several Detroit all-stars including Bob Seger and Kid Rock (Davis can be heard prominently on Kid Rock’s 2007 smash hit “All Summer Long”). The Detroit Blues Society dubbed her Detroit’s “Queen of Blues” in 2015.

Whether the music is classic rock, her roots in R&B or whatever falls in between, Davis makes herself at home.

“You can be whatever you want when you’re singing,” she said.

On Saturday, Davis will bring her band and her rocking blues to Grand Rapids for the annual “Local Blues Matters” show at Billy’s Lounge, a fundraiser for WGVU Blues 88.5 & 95.3 FM. Fans can expect a Detroit-styled party, with plenty of dancing and laughter.

“If you feel like crying, you can do that, too,” she said.

VIDEO: Thornetta Davis, “I Believe (Everything Gonna Be Alright)”