With a fresh studio album released today and three GR shows on the way, Brian Vander Ark talked about the project for Local Spins on WYCE, which also debuted several tracks by West Michigan artists. 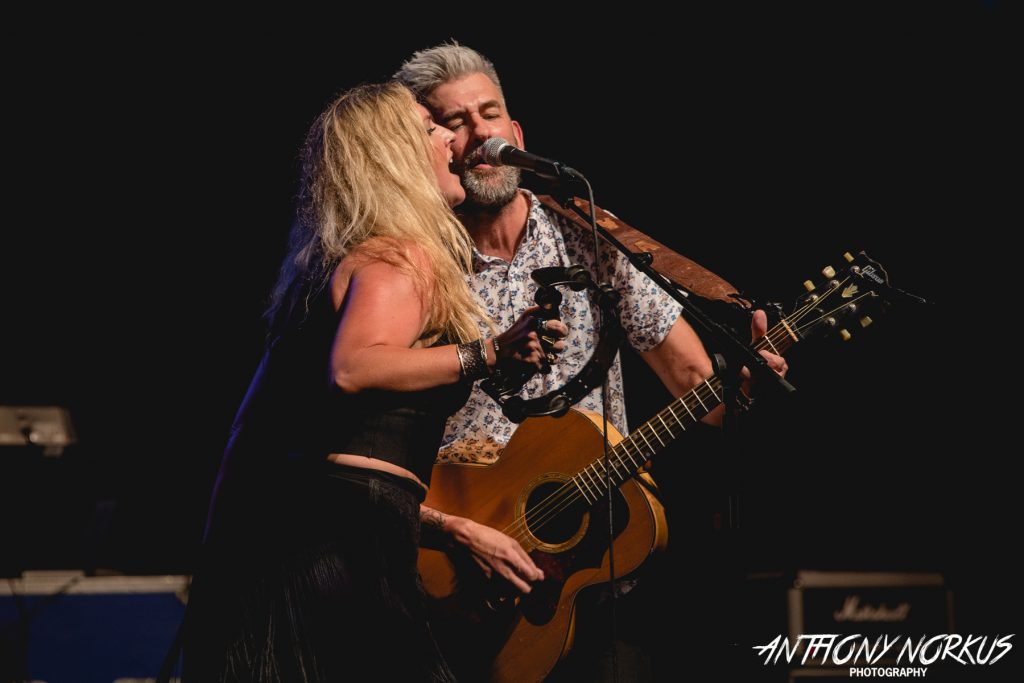 SCROLL DOWN FOR THE RADIO SHOW PODCAST

The way Brian Vander Ark sees it, everyone is connected in some way.

And music is often the common thread that binds us to each other.

So, it’s no surprise this embodies the overriding theme in The Verve Pipe’s latest studio album, “Threads,” officially being released today (Nov. 5).

“This album is a bit of a departure in that Channing Lee and I co-wrote everything,” Vander Ark told Local Spins. “I had found myself stuck on the lyrics this time, not know what to write about and not wanting to be derivative of my other work. 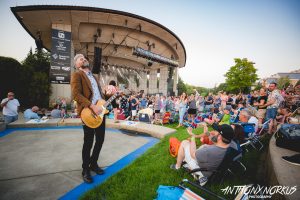 “Channing was able to complete many of the stories and also brought in her own songs as well.”

Lee also suggested the album title, based on the Japanese belief that people are connected through a crimson thread, something reflected in “Forever Reaching”:

“It’s just a thread of crimson that binds us/Wrapped in red it always reminds us … Forever reaching/We’re the same for so many reasons/Nothing’s changed except for the seasons.”

“We feel like this collection is connected in some way. All of us are connected through our lives,” Vander Ark insisted. “I believe music is our lowest common denominator. All of us love music in some capacity.”

For this week’s edition of Local Spins on WYCE, Vander Ark showcased two previously unreleased tracks by the Grand Rapids-based alt-rock band – “Save Me” and “First Fire of the Winter.” Listen to the single “No One’s Gonna Break This Heart (Again)” here and scroll down to listen to the interview and full radio show podcast.

As Vander Ark puts it, Lee adds “a distinct witchiness to the whole thing. I never would have written a song called ‘Witching Hour’ and she immediately had that one. I said, ‘Oh my God, this is insanity. It’s so good.’ ”

Lee’s stage presence and her vocals – especially on a track such as “The Freeze” sparked by the sexual abuse scandal involving Larry Nassar at Michigan State University – add “a whole new landscape to the sound of the band,” Vander Ark insisted. “It’s a really great shot in the arm for the band.”

For “Threads,” the band also continued its recent practice of releasing some singles over several weeks before officially dropping the new record.

“We decided with our last album, ‘Parachute’ (2017), that the way to go was to release songs one by one, every other week. It keeps the fans interested, and also keeps us connected with them. I love this method,” Vander Ark said.

“In the old days, you would work on an album for three months, then wait six months for its release. By that time, we would be so sick of the album. This way is so much better for us.” 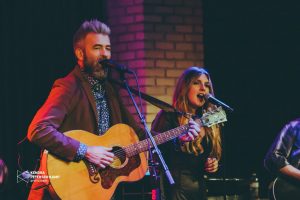 With Lee on board and his brother, Brad Vander Ark, returning to the group this year – replacing Ferguson, who’s concentrating on his recording studio – Brian Vander Ark said he’s “really excited about this new Verve Pipe 3.0.”

To the delight of its West Michigan fans, The Verve Pipe will play three intimate nights at the 200-capacity Listening Room in downtown Grand Rapids to celebrate the new album.

The multi-platinum-selling band formed nearly three decades ago plays 7:30 p.m. shows Nov. 24, Nov. 26 and Nov. 27, with the Nov. 24 show billed as a “VIP Special Performance” for those purchasing VIP seats for Friday or Saturday. For that VIP show, the band will play “Threads” start to finish, then take fan requests for the second half of the concert. Regular tickets are $45 for Friday and Saturday; $125 for VIP seats. Details, tickets here.

The band plans to mount an East Coast tour to promote the new album in February.

Still, Vander Ark conceded that touring behind new releases has been altered significantly by the COVID pandemic, making it more difficult for bands in many ways, especially now that most venues have opened up again.

“Touring is much harder now that every band wants to go out. Once again, bands are the ones that are going to be hurting, while promoters will sit in the cat-bird seat,” he said.

“So many bands are looking for shows to play that some places decided not to pay out guarantees, which means it will be much more difficult to plan a budget for a tour. We have to rely on ticket sales alone. However, the bright spot is that music lovers also win: They’ll be able to see most any band they like when the pandemic is fully over.”