The former frontwoman for Vox Vidorra is set to release a new solo EP and video on Friday at Creston Brewery. Learn more about this unique singer and her project at Local Spins. 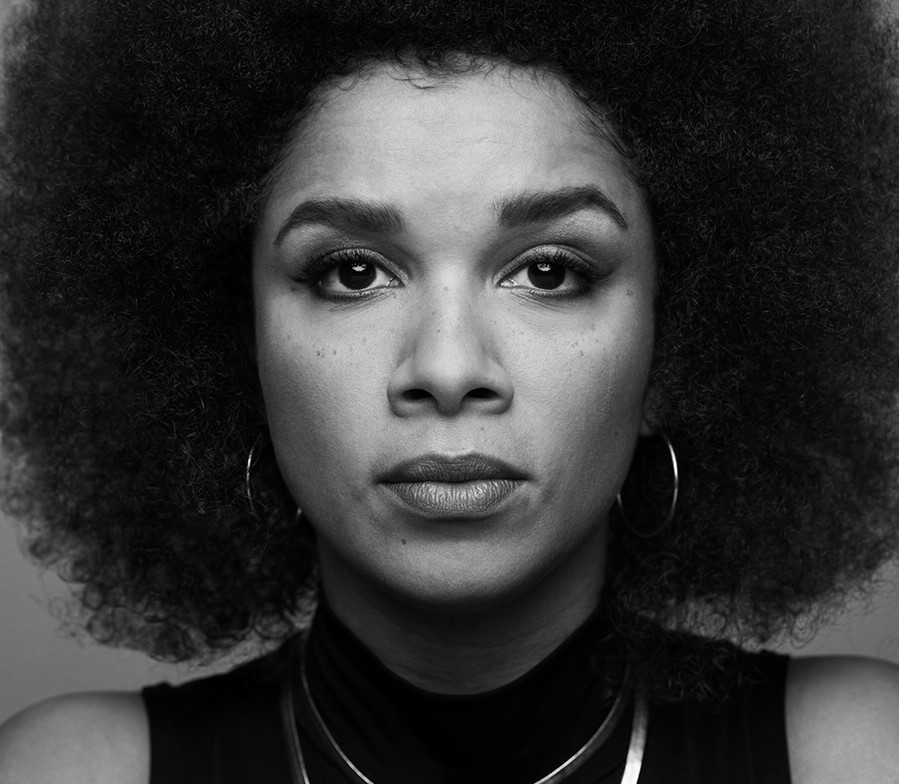 SCROLL DOWN TO LISTEN TO MOLLY’S SINGLE, ‘SHINE’

In many ways, Molly’s musical journey has always been a quest for the unvarnished truth, aspiring to “tell real stories” through her songs.

And now as a solo artist, the soulful Grand Rapids singer-songwriter has found new, uncompromising freedom to further express herself and find her voice. 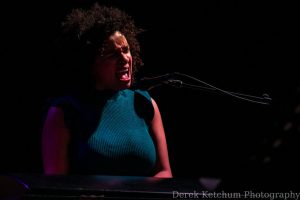 Evolving and Open to the Unknown: Molly (Photo/Derek Ketchum)

“The plan for Molly is to evolve, to try new things and be open to the unknown,” said Molly Bouwsma Schultz, aka Molly, who officially releases a new solo EP and video for “Shine” on Friday at Creston Brewery.

“From an artistic standpoint, it’s a personal musical maturity and self-trust. … Writing my songs alone has created an incubator for me to keep growing. I think all of my experiences have brought me to a place of deeper creative autonomy and has made me more intentional and free to produce new sounds.”

On the three-song EP recorded at Goon Lagoon in Grand Rapids, that often means political and social commentary, some of it sparked by gun violence, hate crimes and other tragedies.

“I’ve always written on subjects I’m passionate about, and finding ways to bring social justice and self-acceptance into the larger consciousness through music is one of the most profound ways to connect with people,” she reasoned.

‘SINGING HONESTLY ABOUT LIFE’ AND FINDING HER VOICE

“I learned the power of singing honestly about life from artists like Mavis Staples, Aretha Franklin, Nina Simone, Gil Scott Heron, Bob Marley and Marvin Gaye and so many others. … I see my songs as a movement within and of themselves. A lot of my lyrics are proclamations of remembrance and healing.”

On Friday night on the second floor of Creston Brewery, she’ll perform those songs with Kalamazoo’s The Go Rounds as her backing band. (Graham Parsons and The Go Rounds will also play an opening set starting at 9 p.m.) Tickets are $20; details online here. 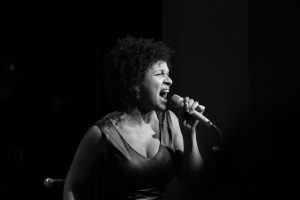 On Stage: Molly says she dances every day “no matter where I am.” (Photo/Anna Sink)

“They are really good people who each have a musical sensibility that they share which I’ve admired as a fan and as a musician, so I think our working together was only a matter of time,” Molly said of her longtime pals.

“I’ve played several gigs and festivals where I’ve sat in with them which always feels natural to us.”

Molly also stressed that she’s forging her path as an artist with her musician husband and co-owner of Creston Brewery, Scott Schultz. They often perform together, with several Michigan shows this summer and plans for eventually touring outside the United States.

And while Molly has experienced success in the past with the uber-popular, award-winning Vox Vidorra – a platform that showcased her dynamic stage presence – she’s cognizant that many are still unfamiliar with her music.

“I am still finding my voice and my audience, so I’m humbled every day by that,” she said. “I’m just surrendering to my voice to those open enough to listen.” 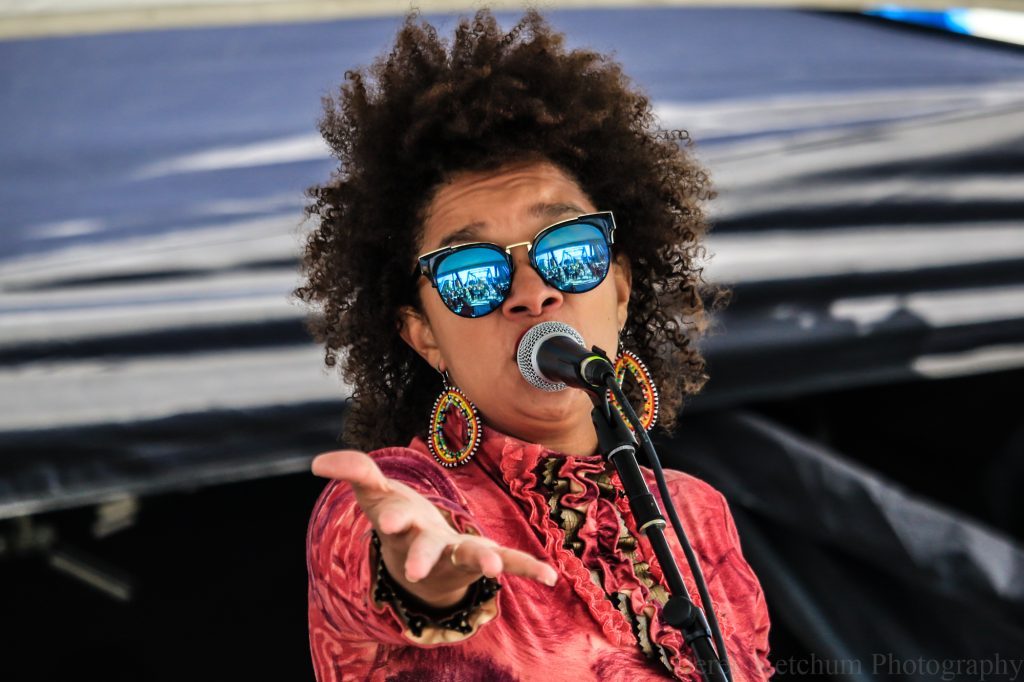