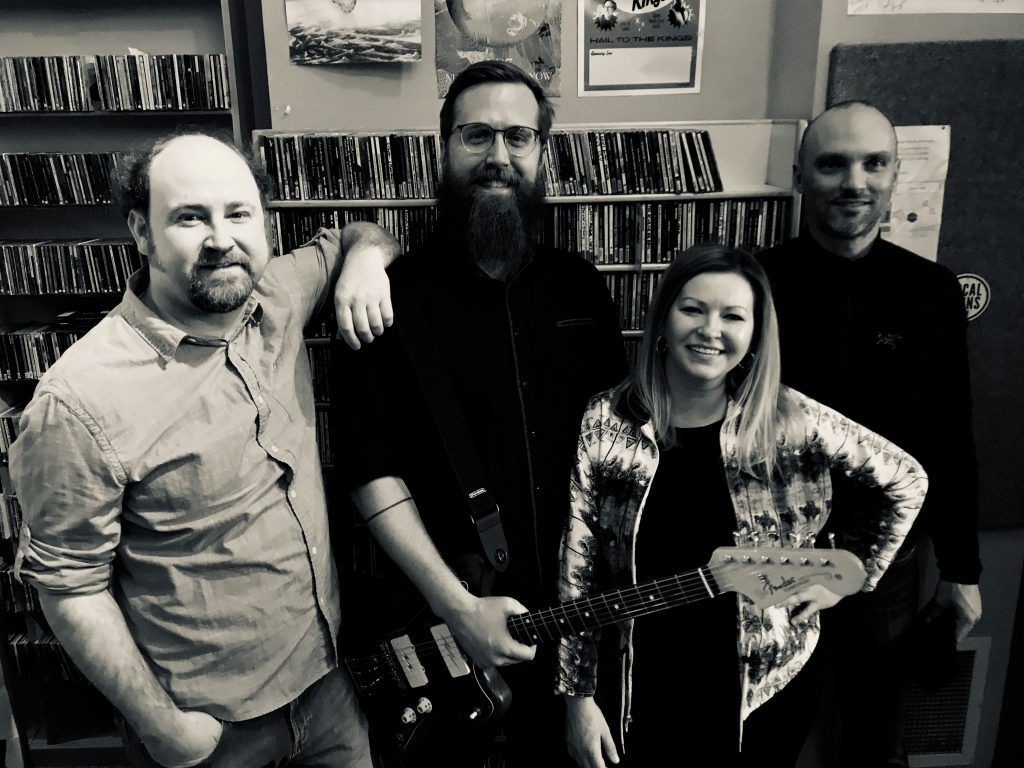 In the words of frontman Tyler Newkirk, The Blue Pines will take listeners “from soft, pretty and beautiful to punchy, driving and aggressive, often within the confines of a single song.”

Formed two years ago, the Grand Rapids rock band has wasted little time churning out that dynamic music for its fans: The five-piece group has released a full-length album and a single, may release a new EP or a series of singles this spring, and already has started writing songs for yet another project. 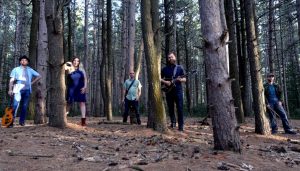 Reaching for the Sky: The Blue Pines (Courtesy Photo)

“We are Americana meets indie meets blues, rooted in rock and reaching for the sky,” insisted singer and guitarist Newkirk.

“Through working together and through everybody’s different styles, it kind of evolved into what we think is a little bit of a new sound.”

The band – which will open Tuesday at The Pyramid Scheme for highly touted, up-and-coming national bluesman Christone “Kingfish” Ingram – stopped by WYCE this week for Local Spins on WYCE, performing pared-back versions of the songs “The Difference” and “Belief in Ghosts” on the air. Watch the video for “Belief in Ghosts” here and scroll down for the full radio show podcast.

Tickets for the 8 p.m. Tuesday show at The Pyramid Scheme are $22 advance; $25 day of show; find details here. (The Blue Pines also played Mulligan’s Pub in Grand Rapids on Friday night with Adaboy! and Feeding Grizzlies.)

The band released its debut album, “Separate Sets of Eyes,” in September 2018, and released the single, “Aspiring Geologist” a year later. More singles are expected to follow soon. 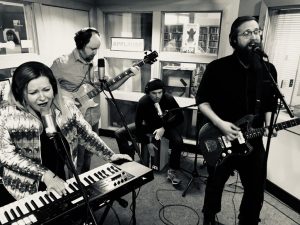 In Studio X: The band during Local Spins on WYCE. (Photo/Local Spins)

For Krull, the band’s indie-rock approach was a bit different than the pop and funk projects he’s been associated with in recent years; Clayton said she was drawn to Newkirk’s original music.

On the flip side, Newkirk said the tunes he crafted alone in his basement from “little piles” of notes and “bits and pieces” of lyrics and melodies came alive with the contributions of his bandmates.

“I couldn’t be more thankful to have everybody on board,” he said. “Fortunately with this group, it doesn’t take a whole lot to really get an idea moving.”

This week’s edition of Local Spins on WYCE — which spotlights local and regional music at 11 a.m. Fridays on WYCE (88.1 FM) — also featured the on-air debut of tracks by Sweet Water Warblers, Stepladders, Bob Rowe, Chirp, Monte Pride, Lilly MacPhee, Political Lizard and Cole Hansen as well as tracks by Moto (this week’s musicians’ pick by The Blue Pines), The Celeste Allison Trio and An Dro (which plays SpeakEZ Lounge at 8 p.m. Wednesday for the Local Spins Wednesdays series).