With the iconic band bringing its tour to Meijer Gardens, musician and Local Spins writer Jack Leaver chatted with drummer Paul Deakin about the Mavericks’ illustrious career. The interview at Local Spins. 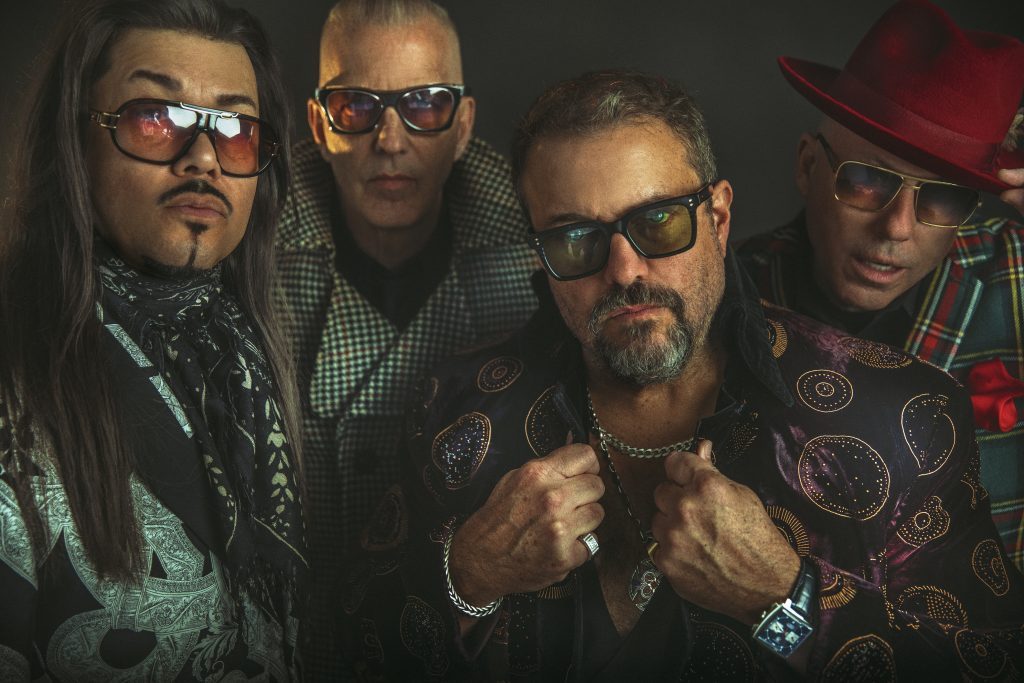 “Nothing Like This”: The reunited Mavericks bring their tour to Grand Rapids this week.

The Mavericks and Los Lobos play the Meijer Gardens amphitheater at 6:30 p.m. Thursday. Tickets, $67 ($65 Meijer Gardens members), are available online here. Scroll down for videos of the bands.

If you want to talk about band longevity in the music business, The Mavericks would be in the thick of the conversation.

Formed in 1989, the multi-platinum, Grammy Award-winning rock ‘n’ roll, country and Tejano act is in the midst of celebrating its 30th anniversary on the road, with a world-wide tour that will make a stop at the Frederik Meijer Gardens & Sculpture Park on Thursday. 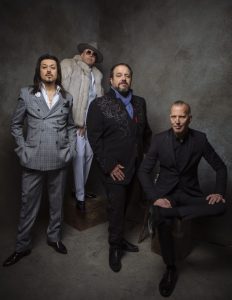 Covering the Gamut: The Mavericks are hitting lots of high points from three decades of music. (Photo/David McClister)

Part of that musical journey involved a wintry night some 25 years ago when the up-and-coming Mavericks played a show in Traverse City — something I had a chance to reminisce about recently during an interview with Mavericks co-founding member and drummer Paul Deakin.

It was one of those nights you recall fondly in later years. The people there knew they were witnessing something very different, and very special. Hailing from Miami, Fla., the Mavericks were touring to promote their second, and breakthrough MCA Records release, 1994’s “What a Crying Shame.”

Driven by a jangly 12-string Rickenbacker Guitar and infectious chorus, the album’s title track and first single was getting significant radio and video airplay, and fans of country and American roots music were beginning to discover The Mavericks.

Deakin chuckles when reminded that the band’s tour bus broke down on a lonely stretch of road, south of town in the wee hours that night after leaving the venue. “The brake lines froze — I totally remember that night,” he recalls.

“The bus driver is under the bus with a blow torch, trying to warm up the brake lines, and I’m like, ‘That doesn’t seem like a good idea!’” he says, bursting out in laughter, before adding, “But, I guess he knew what he was doing, because he got the brake lines working.”

SPRINKLING ‘A LOT IN’ ON THE ANNIVERSARY TOUR

The anniversary tour features special staging, with the band — backed by four auxiliary musicians, including a horn section — revisiting songs from every stage of its career, starting with the early pre-major label deal days, when the musicians were slugging it out in Miami’s punk and alternative music scene. 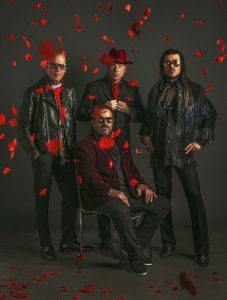 Celebrating a Milestone: The Mavericks

“We go back, from the very beginning and sprinkle a lot in,” Deakin says, adding that the set list can change some from night to night. “It changes, but it does span the time period from the beginning to the present, as what you would expect on an anniversary tour.”

Fans can expect to hear all of the hits from their glory days on country radio in the ’90s, including the Roy Orbison-esque Top 20 single, “O What a Thrill,” and the country shuffle, “There Goes My Heart.” Also, the jumpin’ Tex-Mex number “All You Ever Do Is Bring Me Down” remains a constant staple of the Mavericks’ live show.

“That was our biggest hit here, on this side of the pond,” Deakin notes.

Going back to the days of “What a Crying Shame,” Deakin says The Mavericks have cultivated a following overseas, beginning with the United Kingdom, and to this day they continue to enjoy great success there and in other parts of the world, including Holland and the region of Scandinavia.

“Country music is really huge over there,” he commented.

While the horns and Latin rhythms that dominated the band’s 1998 release “Trampoline,” failed to connect with U.S. country radio and its audience, the BBC picked up on the video for the album’s jubilant single, “Dance the Night Away,” and it became a huge success in the United Kingdom.

“That song became, literally, the biggest song we’ve ever had — anywhere,” Deakin noted. It was such a hit, The Mavericks went from venues that hold 2,000 people to “selling out six nights at the Royal Albert Hall and playing arenas.” Deakin describes it as a “cultural phenomenon,” with the tune still being used as a popular wedding song. 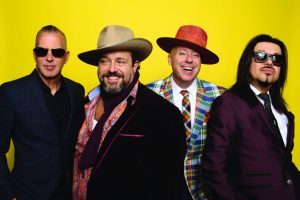 After the release of “Trampoline,” the band parted ways with MCA and went on hiatus for several years; individual members pursued outside music projects. While they reunited for one self-titled album and a tour in 2004, Deakin believes it was “a little early.”

The Mavericks reunited again in 2011, this time for good, releasing their seventh full-length studio album, “In Time,” in 2012, followed by “Mono” (2015), a live album, “All Night Live, Vol. 1” the next year and “Brand New Day” in 2017. These albums found the Mavericks continuing to explore and incorporate a diverse set of musical influences, including traditional Tex-Mex, Latino, Norteno and Tejano with country and rock ‘n’ roll.

Deakin speaks reverently of the musical chemistry he shares with his bandmates, and how things grooved so easily when the band recorded “In Time,” after being away from it for eight years.

“It just clicked — like we had never stopped,” he says. “Not that I really forgot, but you are reminded in the moment, of how special it is.

“I’ve played with a lot of great people, but there is really nothing like this.”

VIDEO: The Mavericks (Back in Time)