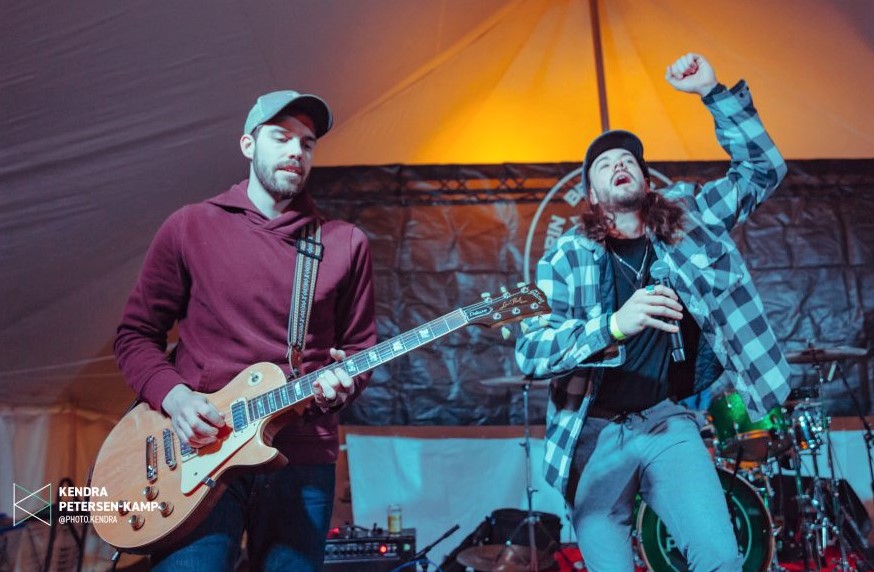 Back on Stage Friday: The Hacky Turtles played their last show at Perrin’s Ice Jam in January 2020. (Photo/Kendra Petersen-Kamp)

Nestled in the West Side valley of Grand Rapids, Sullivan Field has long been a pastime staple for baseball fans.

On Friday, it will beckon fans for something much different.

Grand Rapids’ indie-funk-rock band The Hacky Turtles will perform in the outfield on Friday evening for a picnic crowd. 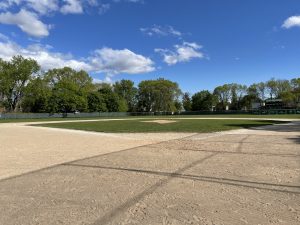 “It’s gonna be pretty much entirely unreleased country music … it’s like pop-country. There’s gonna be a couple of older Hacky Turtles songs that are released. It has a cool feel to it. There’ll be a banjo appearance,” Kanitz said.

“It’s been weird because I don’t have a solo project for these country songs to be housed. Hopefully, people still like it either way and are just down to hear live music. The goal was just to play some of these songs that (guitarist) Alex (Rushlow) and I have written over the past few years, sitting around not being used. It’s kind of a heat check on them.”

The 6:30 p.m. Friday show at Sullivan Field, 650 Valley Ave. NW, will take place in the historic outfield, allowing for the safety and social distancing of attendees.

Tickets range from $12 to $50, with higher ticket prices including a picnic basket filled with baseball-inspired snacks and drinks. Tickets and details via Pik-Nik online here. Outside alcohol and food also are permitted.

With a year-and-a-half of little to no live entertainment, outdoor concerts are paving the way for the return of live shows across Michigan this summer. The last time The Hacky Turtles performed an in-person, full-band show was at Perrin Brewing’s Ice Jam in January 2020.

“I’m a little nervous. I’m playing an instrument, rhythm guitar, and I rarely do that,” said Kanitz.

“So it’s not like the full strength of The Turtles … when we’re in that mode I rarely feel nervous. I’m very excited at the same time. I’m grateful to be able to play music again man.”

The historic field, also known as Valley Field, was established in 1937 and has been utilized for baseball games of all varieties, ice skating back in the day, and now, concerts. A complete renovation is planned for completion by 2022. 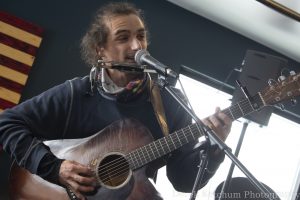 Pik-Nik is working closely with Fans of Valley Field, a newly formed organization that is working to preserve and promote use of the field

“It gives us an uncommon and really refreshing outdoor space to use. Pik-Nik was started with a core focus on local. We are always looking for ways to interact with local businesses, as well as local artists,” said Pik-Nik promoter and owner Jamie Bryan.

“As travelers visiting bigger cities and other countries, we’ve always enjoyed experiencing unconventional entertainment events that are so locally unique that you know it’s a one-of-a-kind experience. We wanted to bring that missing vibe to Grand Rapids.”

The park is classified by the city of Grand Rapids as a neighborhood park. It features a ball diamond with a grandstand. Valley Field was named Sullivan Field in honor of longtime local amateur baseball sponsor and entrepreneur, Bob Sullivan.

Pik-Nik is currently working to schedule shows and events for the summer season. Interested artists, food vendors or business that want to get involved can leave a message at letspiknik.com.

“We are currently looking into a couple of other date availabilities for this summer yet and will be planning to have our “Pik-Nik With…” series become a regular summer event that you can look forward to each year,” Bryan said.