A new film now streaming probes the heyday of ‘America’s Only Rock ‘n’ Roll Magazine’ and its colorful staff. Local Spins asked a reporter who wrote about Creem in the ’70s for his take on the documentary. 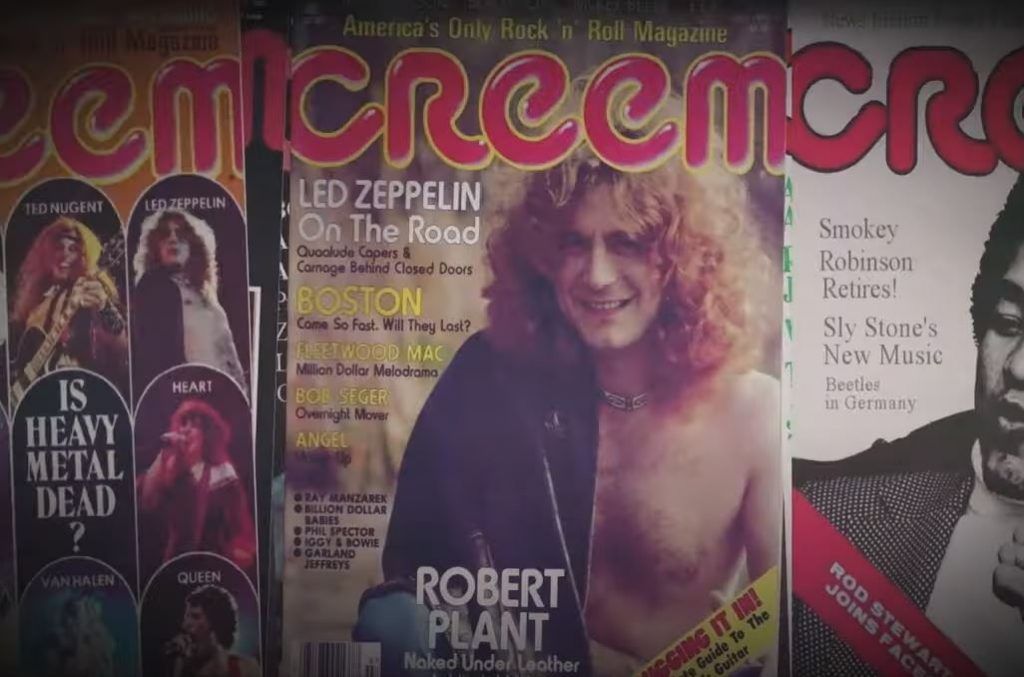 Viewing Rock ‘n’ Roll as a ‘Total Lifestyle’: Creem magazine in its heyday.

In the late 1960s, two magazines emerged to cover the growing world of rock ‘n’ roll.

First was Rolling Stone, a slightly highbrow publication with a measure of coastal snobbery.

A year later came Creem, based in Detroit and known for its rough, working-class attitude and the audacity to call itself “America’s Only Rock ‘N’ Roll Magazine,” a middle finger to its West-Coast competitor. 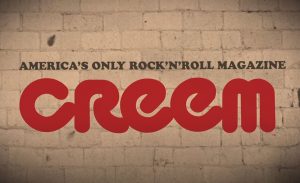 “Buying Creem was a little bit like buying Playboy,” actor Jeff Daniels said. “You didn’t want your parents seeing either one of them.”

He is among many entertainers (mostly aging rockers) who appear in a newly released documentary “Creem; America’s Only Rock ‘n’ Roll Magazine,” which traces the rise and fall of the once-influential monthly.

Big-name musicians – Alice Cooper, Kiss, Patti Smith, the J. Geils Band, Rod Stewart and others – flocked to Creem’s offices. Iggy Pop walked in one day, ignoring founder and publisher Barry Kramer, who dumped a wastebasket over his head and scolded: “Hey, motherf - - ker! Did you forget your manners?”

In June 1975, I walked through that door. A Detroit News reporter had written a story that offended Kramer, so I was assigned a follow-up to sooth his slighted sensibilities.

Kramer founded Creem in 1969 and set up offices on the third floor of a record store/head shop he owned on Cass Avenue in Detroit, a crash pad with mattresses on the floor. Racial tension still smoldered two years after the Detroit riots, the anti-war movement raged, a hippie group called the White Panthers was born in the same neighborhood, and the time was ripe for Creem.

Counterculture cartoonist R. Crumb strolled into the record shop and Kramer offered him $50 to draw a logo. The result was a cartoon figure of a cream bottle that became the magazine’s ubiquitous Boy Howdy mascot. Over the years, rock stars posed with cans of fake Boy Howdy beer, a joke on readers who took it for real.

Kramer assembled a staff of outcasts and misfits. He hired 19-year-old Dave Marsh to edit the magazine even though he had no editorial experience, and Lester Bangs, who had been fired by Rolling Stone, as his chief reviewer/provocateur.

“Barry was our dysfunctional father,” Jaan Uhelszki, a longtime senior editor who wrote and helped produce the documentary with Kramer’s son, J.J., recalled in the film, which opened the first week of August and is available for streaming online. 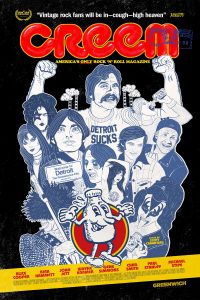 Film Poster: At the center of it all, Boy Howdy.

Kramer had an explosive temper often directed at his staff. “Barry wasn’t happy,” Uhelszki said. “He was always on his way to being happy.”

Marsh and Bangs often clashed, even engaging in a fistfight after Marsh picked up poop left by Bangs’ dog and deposited it on the reviewer’s typewriter.

Bangs became nearly as famous as the musicians he trashed. He alternately praised and panned Lou Reed and once described an Alice Cooper album as “a tragic waste of plastic.” (In the 2000 film, “Almost Famous,” Philip Seymour Hoffman plays Bangs.)

While Rolling Stone leaned toward musicians such as the Beatles, Rolling Stones and James Taylor, Creem favored the grittier MC5, Stooges and Alice Cooper.

Several of those acts had love-hate relationships with Creem. In the documentary, Joan Jett reads a letter she wrote threatening to kick a writer’s ass after he wrote “these bitches suck” about her group the Runaways. Chad Smith of the Red Hot Chili Peppers describes Creem as “Mad Magazine meets Esquire.” (MC5 guitarist Wayne Kramer – no relation to Barry Kramer — appears in the film and wrote the musical score.)

For many of its subjects and readers, Creem was more than a magazine, but a reflection of a rebellious time. 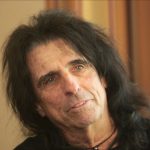 In 1971, the magazine moved to a 120-acre farm near suburban Walled Lake, where the staff worked, drank, got high and lived communally. By the time I visited in 1975, it had moved to offices more appropriate for a national magazine in Birmingham amid the stockbrokers and auto execs.

Creem was at the height of its powers, bringing in a million dollars of advertising revenue a year and selling 150,000 copies every month in 50 states and 17 countries, second only to Rolling Stone. Kramer, who then was 32, no longer fit the image of a hippie, having shaved his beard and cut his hair.

“I haven’t changed, though,” he told me. “I still wear blue jeans and cowboy boots to work, and I pretty much do what I want. But I have grown up.”

Creem hadn’t. It still pushed the boundaries of taste.

“There are certainly other music magazines around,” Kramer conceded, “but we view rock ’n’ roll as a total lifestyle, an ambiance, an attitude. We feel Creem is the only one that reflects that.”

Kramer introduced me to Bangs, who said he delighted in building the reputation of emerging rock bands only to eviscerate them in later reviews. The following year, he quit Creem and moved to New York. 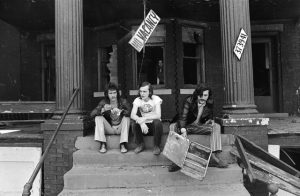 Kramer died in 1981 from a nitrous oxide overdose, leaving the magazine and chairmanship of its board to his 4-year-old son, J.J. Bangs died of a drug overdose in 1982.

Creem’s death was slower. In 1986, Kramer’s ex-wife, Connie, sold it to a West Coast investor. It sputtered for a few years and published its last print issue in 1989. The era that spawned Creem was over.

It was an ignoble end to a legendary magazine that Kramer, in our 1975 interview, had boasted about expanding to Japanese, French and British editions.

“I really can’t peg it,” he said. “I can’t even say why we spell it with two e’s. The name came from the attitude of those of us who started it. It’s just a meaningless, irreverent name.”

The documentary gives a rare look inside a once-influential magazine that most music fans today likely never knew existed, as well as a glimpse into a bygone era of rock ’n’ roll.

ABOUT THE AUTHOR: Pat Shellenbarger was a Detroit News reporter from 1972-83. He later was an editor at the St. Petersburg (Fla.) Times and an editor and reporter for The Grand Rapids Press.