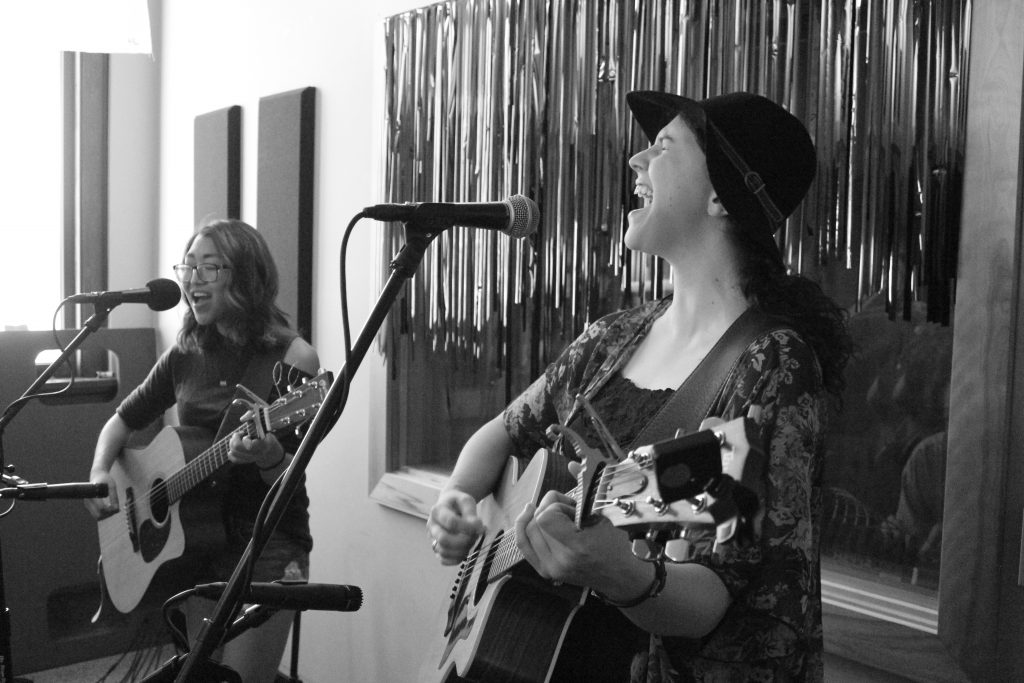 Filling the Spaces: The Crane Wives in Studio X at WYCE. (Photo/Anna Sink)

The Crane Wives have crisscrossed the country the past two years, developing not only an impressive comfort level with each other as musicians but cultivating new audiences for their folk-rock music out West, on the East Coast and at festivals in northern Michigan where musical camaraderie is paramount. 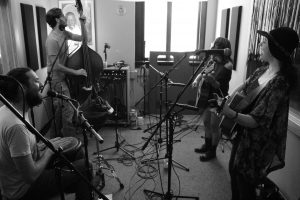 “It’s amazing to play shows and have people dancing to our music,” said guitarist-singer Kate Pillsbury. “There’s no better feeling than knowing you wrote something at one of your lowest points and then you went somewhere and played the music and someone else is celebrating to it.

“We’ve had so many people come to us and say, ‘Oh my god, ‘Easier’ has gotten me through the worst divorce.’ Or, ‘My dad’s in the hospital and I’ve been listening to your music non-stop.’ There’s no better feeling than that.”

The Grand Rapids band continues to tour behind its latest studio album, “Foxlore,” recorded with Ian Gorman at La Luna Recording in Kalamazoo — a project that stands as the most adventurous in the band’s catalog with forays into other genres and instrumentation.

They’ll celebrate that for a hometown crowd on Saturday, when they play the Local First Street Party outside Bistro Bella Vita in downtown Grand Rapids at 9:15 p.m.

The free party actually begins at 3 p.m. Saturday with a performance by students from the Triumph Music Academy in Grand Rapids, followed at 4 p.m. by Mark Lavengood Bluegrass Bonanza, Lady Ace Boogie, Chris Bathgate, Tunde Olaniran, The Crane Wives and Joshua Davis. The 61Syx Teknique breakdancers and Audacious Hoops also will be on hand.

The Crane Wives — guitarist-singers Kate Pillsbury and Emilee Petersmark, bassist Ben Zito and drummer Dan Rickabus — previewed their Saturday set in pared-back form for Local Spins on WYCE this week, performing the songs “Pretty Little Things” and “Curses” on the air in Studio X at WYCE. Listen to the full podcast here and view a video of “Pretty Little Things” below.

PODCAST: Local Spins on WYCE with The Crane Wives

Band members view their live shows as a variation of sorts on their studio albums.

Pillsbury noted that “Foxlore” comes off as a “much more produced album” than the band has released in the past, with more instruments and a broader musical palette.

That was a way, Zito said, for the band to try to recreate the vibrant nature of its live performances. 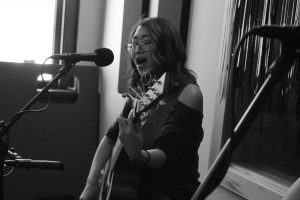 “We bring a certain energy when we’re playing live that makes you want to dance and makes you want to groove and stuff,” he offered, “and the extra instrumentation on the album makes up for not being in the room with us I guess.”

Because they can’t bring those extra instruments on tour or on stage with them, the foursome creates a different take on the new songs in concert.

Petersmark said the extra space during live shows allows band members “to stretch our legs a little bit and take more risks with our guitar and Zito with his bass, and we get to kind of fill in the gaps and stretch our skill set a little bit more, which is exciting for us.”

After playing dates in Wisconsin and the Buttermilk Jamboree south of Grand Rapids later this month, the band will head back on tour out West. Check out the full band schedule and more information online at thecranewives.com.

This week’s edition of Local Spins on WYCE — Episode No. 90 — also debuted the new single from Kalamazoo’s Red Sea Pedestrians (which releases its new album on June 25) as well as new material from The Muteflutes, Dead Eye Zack, Christopher Sloan, The Accidentals and Matt Gabriel, plus tracks by Greensky Bluegrass, The Zannies and Jukejoint Handmedowns. 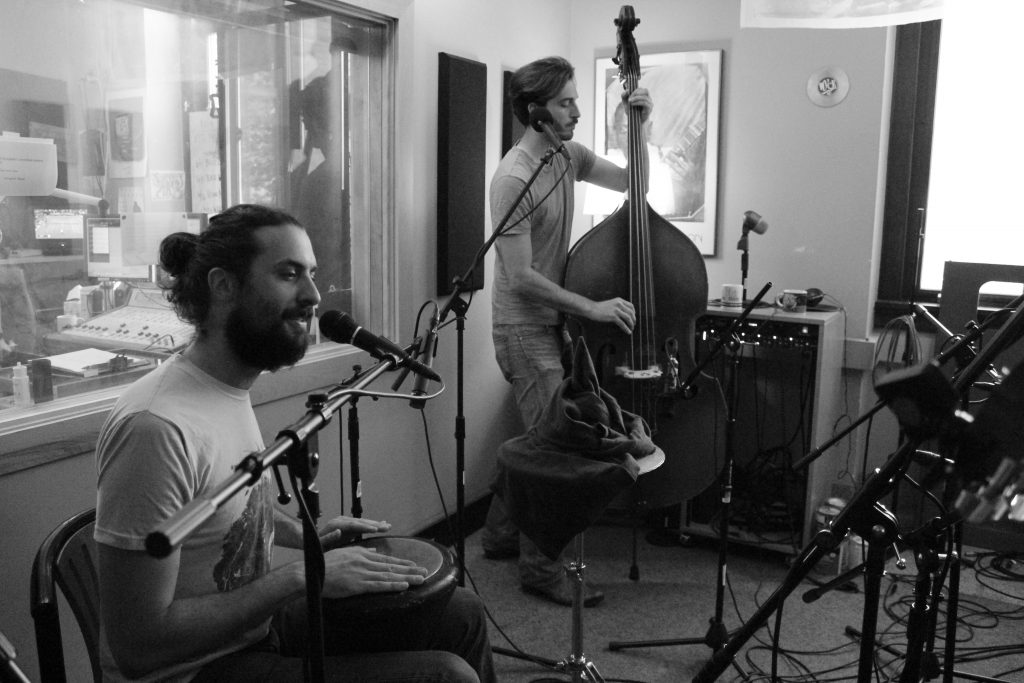 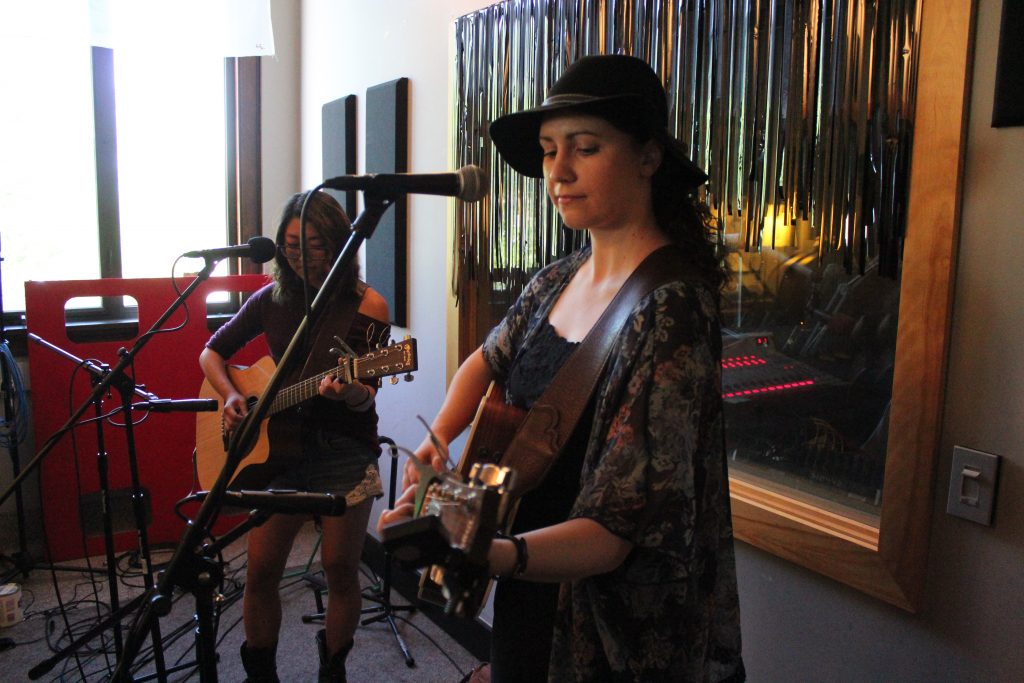 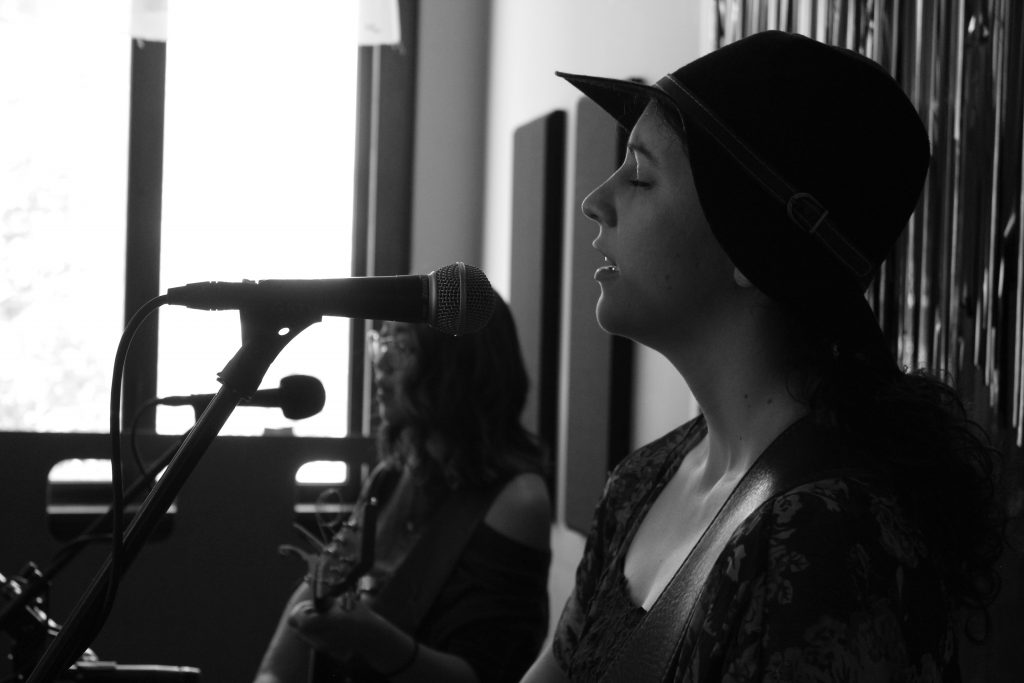