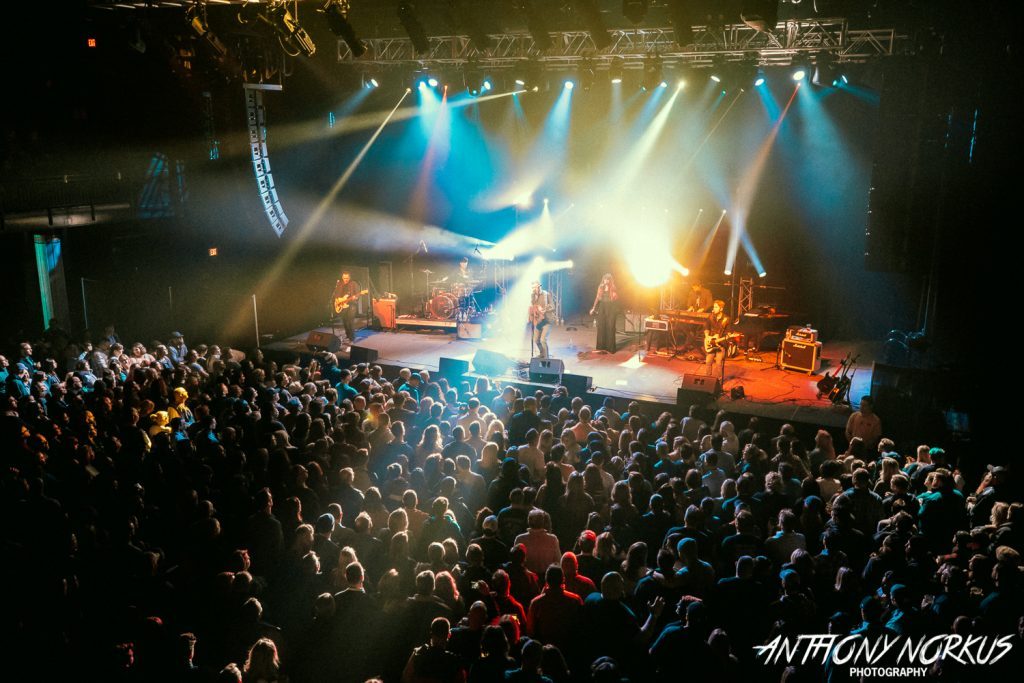 Birthday Celebration: 20 Monroe Live turns 2 this weekend with the return of The Verve Pipe. (Photo/Anthony Norkus)

Several venues have opted to shorten hours or close altogether due to this week’s extreme weather. It’s a good idea to call ahead. For an expanded list of upcoming shows at West Michigan venues, check out The REALLY Big List at Local Spins.

To be included in our upcoming list of summer community concerts or in the “Big List of Michigan Music Festivals,” email liz@localspins.com  with 2019 dates, the event location, contact information and any other pertinent details. 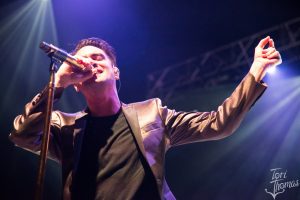 Panic! At The Disco (Photo/Tori Thomas)

PANIC! AT THE DISCO
TWO FEET, BETTY WHO

The wildly popular emo/alternative pop-rock band Panic! At the Disco stops in Grand Rapids on Tuesday as part of the second half of the band’s “Pray For The Wicked” tour, propelled by the momentum of last summer’s album release of the same name.

The band has shifted its style over the years, with recent releases finding Panic! fully embracing its pop tendencies. Frontman Brendon Urie has a knack for the sensational, and Tuesday’s sold-out show will likely be an exhilarating, over-the-top affair in the best of ways. Two Feet and Betty Who will open the show. 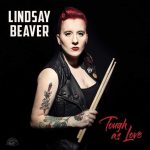 CANCELED DUE TO WEATHER:
LINDSAY BEAVER
HANK MOWERY & THE HAWKTONES

LOCAL SPINS TICKET GIVEAWAY: Congratulations to reader Sheila Shotwell. She was the first person to email john@localspins.com with “LINDSAY” in the message field and won a pair of tickets to Wednesday’s show. Check The Big List every week for your chance to win concert tickets.

Blues powerhouse and drummer from Halifax, Nova Scotia, Canada, Lindsay Beaver is known as a musician, singer-songwriter and unforgettable, strong stage presence. Just one of her stops on tour, Lindsay – now based in Austin, Texas – will be playing her style of true rock and soul, touring behind her latest album, “Tough as Love.” 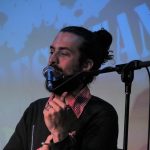 At the lunch hour on Wednesday, the decision was made to cancel the show due to the severe winter weather. At this time, SpeakEZ Lounge is planning to be open for dinner. Contemplating reality is the norm when listening to Dan Rickabus. The Crane Wives drummer — who alwasy creates special collaborative nights for his Local Spins Wednesdays shows — is joined by friend Alexander Atkin on guitar and father-in-law Doug Smith on violin, performing tracks from his latest album “Void / Journal” that are heavy with dreamy vocals cocktailed with hypnotic guitar riffs and thunderous drums that sends the mind and heart reeling to alternate dimensions. 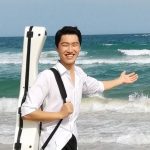 More information and tickets can be purchased here. 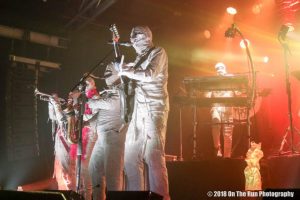 Best known for its rambunctious live performances, the experimental funk, indie, jam, jazz, pop, and rock group Here Come the Mummies will make a stop in Grand Rapids on “The Dark Matter Tour.”

The group is rumored to include Grammy Award-winning musicians, but their identities are never “unwrapped” due to their mummified costumes. Starting out the show will be the colorfully eccentric group Sun Stereo. Doors will open at 7 p.m., and tickets for the all-ages show can be found online here. 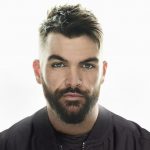 Country singer Dylan Scott, best known for his 2017 hit single “My Girl,” will bring his “Nothing To Do Town” tour to the Intersection. Joining him will be Seth Ennis, fellow country music newcomer.

This show is a part of B93’s concert series and is all-ages. Tickets can be found online here. 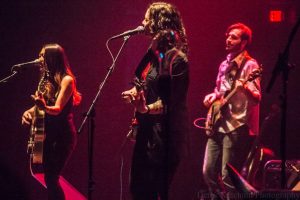 Grand Rapids’ own The Crane Wives will bring their brand of Americana and folk music to The Pyramid Scheme on Friday for a rousing triple bill. The group will be joined by Indy-based folk/psychedelic band Joshua Powell & The Great Train Robbery, who just released their new album “Psycho/tropic” at the end of last year.

And Grand Rapids’ own indie-rock/pop/folk artist Max Lockwood will celebrate release of his brand new solo album the same night. Advance tickets can be found online for $12, or for $14 the day of the show. Get tickets, details online at pyramidschemebar.com. 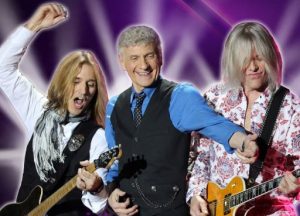 As a founding member and in tribute to the legacy of the classic rock/prog band Styx, Dennis DeYoung is bringing the group’s vintage songs to downtown Grand Rapids. A legend himself, DeYoung has been a renowned and well- admired musical talent for 40 years.

DeYoung will be performing Styx’s iconic album, “The Grand Illusion,” plus all eight of the group’s Top 10 hits. Doors open at 7 p.m. for this all ages event with tickets available online here. 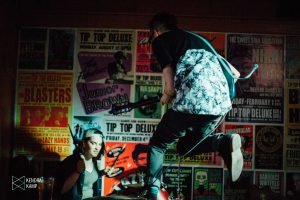 Tip Top Deluxe Bar & Grill goes punk for the weekend — and even more punk than ever before. For three days, it plays host for the annual Winter Punk Fest. This 21-and-older event will feature many crowd favorites.

The three-day punk-a-thon will be a celebration of all things punk. Tickets are $5 a day and can be purchased via these links:
Day 1 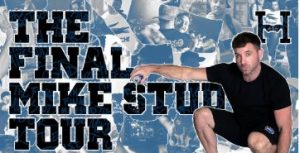 The hip-hop artist who was first recognized for his song “College Humor” while he was a student at Duke University, will pay Grand Rapids a visit for his final tour using the stage name “Mike Stud.” Michael Francis Seander, aka Mike Stud, released his fourth album, “4THEHOMIES,” late last year.

Also on the bill is hip-hop group Honors and Nashville artist Ernest K., plus there will be a 4THEHOMIES DJ set. Tickets for the all-ages show can be found online here. 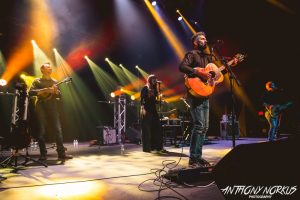 As a multi-platinum-selling, alt-rock Michigan favorite, it’s only apropos that The Verve Pipe would return to 20 Monroe Live to help the Grand Rapids venue celebrate its 2nd birthday. Members of the band behind the 1996 alternative rock hit “The Freshmen” have enjoyed a resurgence since re-forming in 2009.

Indie-rock/Americana band Brother Elsey from Grand Rapids will open the show. Get tickets online at 20monroelive.com. 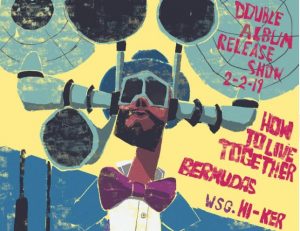 HOW TO LIVE TOGETHER
BERMUDAS, HI-KER
When: 9:30 p.m. Saturday
Tickets: $8 advance, $10 day of show
Where: The Pyramid Scheme, Grand Rapids 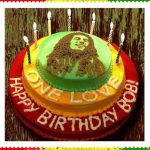 Nothing like some sunny reggae music to defeat the winter blahs. The annual Bob Marley Birthday Bash at Billy’s Lounge will feature Universal Xpression with special guests King Jazzy and DJ Sanjay, who will roll out dance-inspiring reggae all night long. It’s the perfect mid-winter respite.

Doors open at 8 p.m. and get ready to hit the dance floor. Details online here. 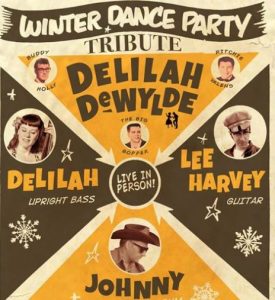 It’s been 60 years since “The Day the Music Died” – when legendary American rockers Buddy Holly, Ritchie Valens and J.P. “The Big Bopper” Richardson died in an Iowa plane crash during their Winter Dance Party tour across the Midwest.

Soup’s On For All at The B.O.B. in downtown Grand Rapids, 6:30 p.m. Monday, $60 per person at the door – Yes, Soup’s On is still on in spite of the weather, so swing down to The B.O.B. to help raise money for food and pantry programs of God’s Kitchen and enjoy soups, breads and desserts from area restaurants on all floors, plus live music by RMQ and others. Get details online here. 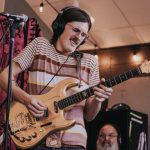 CANCELED DUE TO BAD WEATHER: West Michigan Jazz Society Membership Drive & Musician of the Year Reveal Party at SpeakEZ Lounge in Grand Rapids, 5:30 p.m. Tuesday — Members of the past, present and future will come together to celebrate another year of music and name the 2019 jazz musician of the year.

ALTERED DUE TO WEATHER Flatland Grip playing Cedar Springs Brewing Company, 2 p.m. & 6:30 p.m. Wednesday, free – In a weather-altered schedule, acoustic trio Flatland Grip will jam out a mix of rock, reggae, and bluegrass tunes in a kid-friendly fashion in the afternoon for families seeking to escape cabin fever. The evening performance commences an hour earlier than originally scheduled. CSBC is also offering free coffee, soft drinks, and soup to snow plow drivers and emergency personnel during the weather emergency.

Pre-SXSW Networking Night with Michigan House at Creston Brewery in Grand Rapids, 4 p.m. Thursday, free – South by Southwest (SXSW) will be working with Michigan House to assist music acts in gaining more recognition and allow a friendly environment for new and old partners to discuss anything before the annual SXSW festival.

Jim Spalink at Rockford Brewing in Rockford, 7:30 p.m. Thursday — A member of the well-known Michigan Celtic band An Dro, Jim Spalink will be performing solo. With a mix of traditional and original Celtic songs, he’ll play harp and guitar to his style of Celtic tunes. 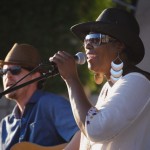 Serita’s Black Rose at One Trick Pony, 8 p.m. Thursday, free – Serita Crowley’s Jammie Award-winning band has a reputation for energetic performances. The talented songwriter and her band will bring their mix of funk, rock, and neo-soul to One Trick Pony on Thursday night with a show that’s sure to get audience members up on their feet. One Trick follows this on Saturday with the return of another popular act: That Beatles Thing. Call 235-7669 for reservations.

Tusk (Fleetwood Mac Tribute) and the Hired Hands Band at the Kalamazoo State Theatre, 7 p.m. Friday, $29-$49 – The members of Tusk have been playing together in various groups for over 25 years. Since they’re all fans of the legendary Fleetwood Mac, it’s only logical that this group of musicians would decide to form a tribute act to the famous 1970s band. Joining them will be the Hired Hands Band, an acoustic group based out of Kalamazoo.

Downlink with special guest Eliminate and support from Dissonance, D-Wrex at Elevation inside The Intersection in Grand Rapids, 8 p.m. Friday, $16 — Downlink’s 2019 Doom System Tour will bring the bass community out to The Intersection for this all-ages show. 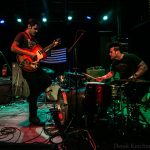 Grand Rapids Jazz Orchestra playing Founders Brewing Company, 5:30 p.m. Sunday, free – This big band jazz ensemble will be bursting out classic jazz, both new and old, that will keep listeners in that swingin’ groove during its monthly residency at Founders.

Randissimo’s Sunday Jazz Jam at the Speak EZ Lounge, 7 p.m. Sunday, free – SpeakEZ Lounge is home to three hours of jazz music every Sunday evening, hosted by drummer Randy “Randissimo” Marsh. The event features a rotating cast of musicians in a laid-back setting and has never cost attendees a cent. 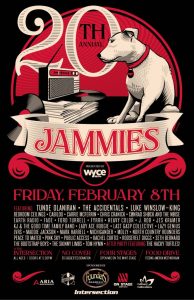