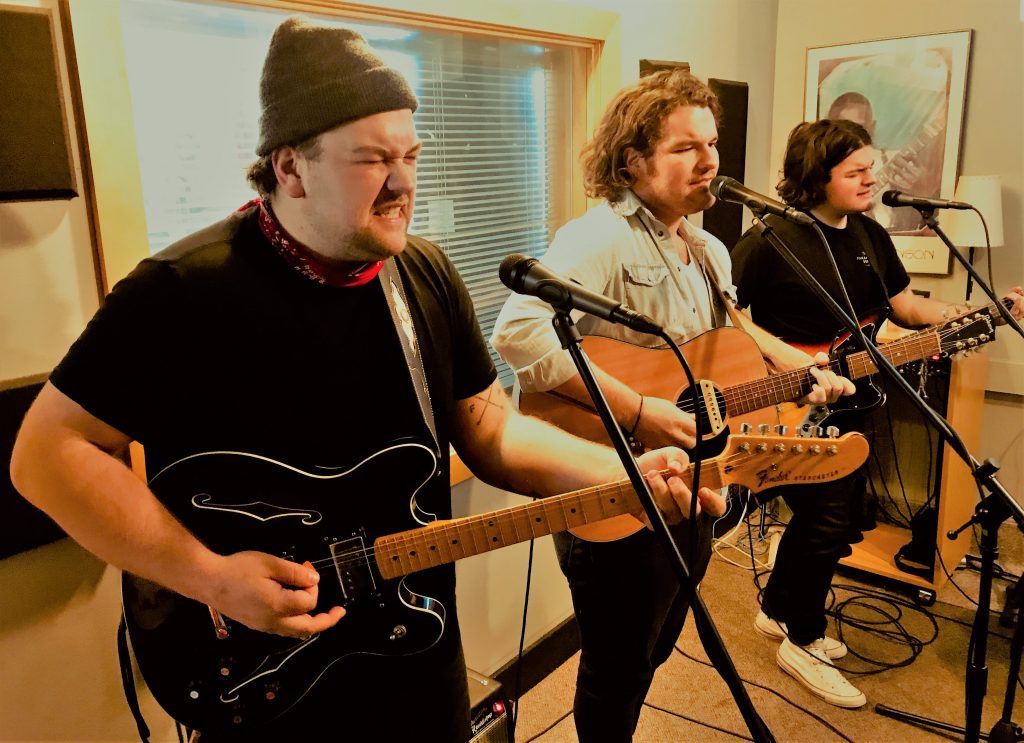 ‘Always on the Same Page’ Creatively: The brothers of Brother Elsey. (Photo/Local Spins)

SCROLL DOWN FOR PODCAST AND OFFICIAL VIDEO FOR ‘TAKER’

As an honest-to-goodness band of brothers, Brother Elsey has experienced way more than the usual dose of togetherness as musicians.

“The biggest problem is that we spend every second of every day to together. Our friends are the same, our hobbies are the same,” said guitarist Jack Stablein of playing in the Grand Rapids-based band with his siblings, Brady (guitar, lead vocals) and Beau (bass). 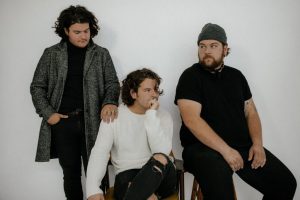 “If we’re not at home, we’re on the road together in a van spending 99 percent of the time together. That’s tough and it gets worse because we’ve known each other our whole lives and we’re very honest with each other.”

Of course, that can be a plus and a minus. “We don’t hold anything back. We don’t have to sugarcoat anything,” he added. “We can say whatever we feel.”

And luckily, as musical brothers, “we’re always on the same page … when it comes to creativity stuff,” said Brady Stablein.

Although, to hear them tell it, those impressive sibling harmonies took more work than some might imagine. “It’s taken a lot of fistfights to make it happen,” Jack Stablein joked. “It’s something that we didn’t naturally have at first.”

It’s there in spades now, evidenced by the band’s in-studio performance for this week’s edition of Local Spins on WYCE, when they performed “Peacekeeper” (expected to be released in 2019) and “Taker” (officially released as a single on Friday) along with drummer Dalton Thomas. Watch the band’s official video for “Taker” here and check out the full radio show podcast below.

The folk-rock band plays The Pyramid Scheme Saturday night (Nov. 3) in a show headlined by alt-country’s Winnow, with Jake Kalmink & Further Closer and Canceled Plans also on the bill. Tickets are $12 day of the 8 p.m. show; details online here. 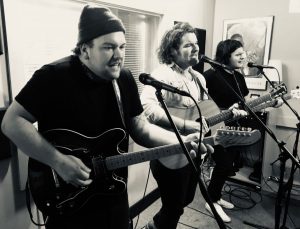 On the Air: Brother Elsey performing during Local Spins on WYCE. (Photo/Local Spins)

Formed in the Detroit area, with all three brothers starting to play music at 10 or 11 and graduating from Stony Creek High School in Rochester, Brother Elsey last year decided to relocate to Grand Rapids, sensing the need to be part of the city’s burgeoning music scene.

“We did what we could there and Detroit is an amazing place, but we felt that Grand Rapids has something going on and we wanted to really get out here and see what we could do,” said Brady Stablein, noting the Americana and folk-rock scene in West Michigan “has a place to shine and a time to shine.”

For Brother Elsey, shining means pushing the envelope with touring and recording over the next year.

“That is going to be the goal: hitting as many shows as we can, playing as many festivals … and releasing singles throughout the year,” said Brady Stablein, “and just creating a buzz.”