Mid-December also heats up with May Erlewine, Dalmatian Stone, Wayland, Mary Gauthier, Brother Elsey, A Winter’s Tune, Tuba Christmas and more. And win tickets to shows at The Pyramid Scheme. 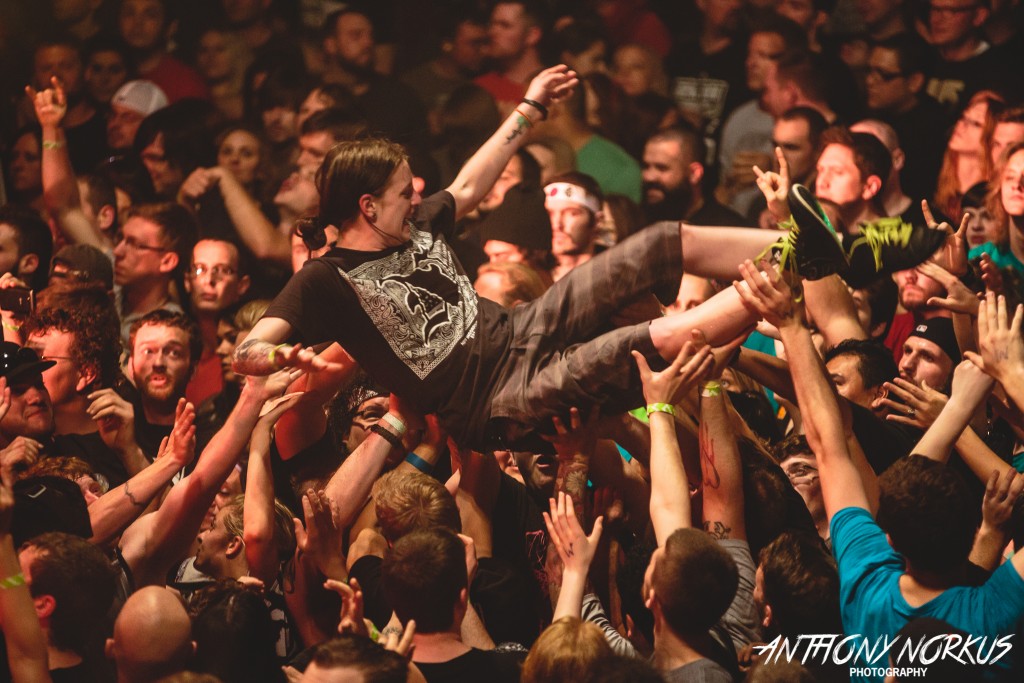 TICKET GIVEAWAY: Check The Big List every week for your chance to win concert tickets. 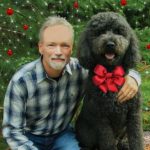 Kick off your week with some seasonal fare, courtesy of John Berry, who brings his 23rd annual Christmas tour to Michigan, which he dubs “Christmas Songs and Stories.” The country singer-songwriter first made a splash in the 1990s with singles such as “Your Love Amazes Me” and “Standing on the Edge of Goodbye,” and his holiday tours have become a tradition. This is his only Michigan stop on this tour.

There’s also an additional $25 VIP option for this concert that includes a meet-and-greet with Berry and more. Get tickets and details online here. 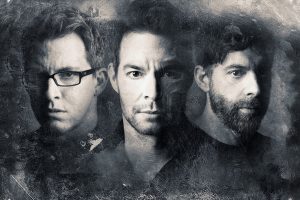 This is 97.9 WGRD’s “Binge Before Christmas” show featuring Illinois alt-rock/post-grunge/nu metal band Chevelle, which first entered the scene in the mid-1990s but made its biggest splash with the albums “Wonder What’s Next” (2002) and “This Type of Thinking (Could Do Us In)” (2004) and singles “Send the Pain Below” and “Vitamin R (Leading Us Along).”

Also on the bill for this Grand Rapids tour stop: Convey and The Band Royale. Get tickets online here. 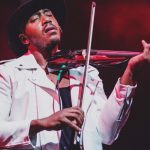 There’s no one quite like Damien Escobar, aka Dame Esco. The crossover violinist (once part of Nuttin’ But Stringz) melds classical music with jazz, pop, R&B, electronic music and hip hop, a style exhibited on releases such as 2018’s “Bermuda Triangle,” 2017’s “Boundless” and 2016’s “Get Up and Dance.”

The acclaimed New York musician is crisscrossing the country on his “Elements of Love” tour. Get tickets and details online at 20monroelive.com. 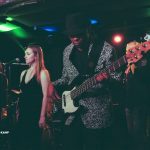 They’re back at SpeakEZ Lounge:  Dalmatian Stone could be considered a West Michigan super-group led by singer Diego Morales, delivering soulful funk-rock “laced with a little jazz fusion and a whole lotta love.” The band creates a dance party wherever it plays its “mystephonic” music. 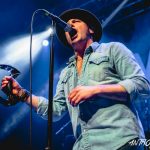 WAYLAND
When: 8 p.m. Wednesday
Tickets: $15
Where: The Mint inside The Intersection, Grand Rapids

Now, this is something different for Grand Rapids-area hard-rock band Wayland and its fans. Billed as “an intimate storytellers’ experience,” the group is playing a few acoustic sets to help promote official release of the new single, “I’m Not Alright” (a song about mental health and the stigma surrounding mental illness).

The band played a sold-out show in a hometown show at Gun Lake Casino over the weekend. Get details about the intimate Intersection show online at sectionlive.com. 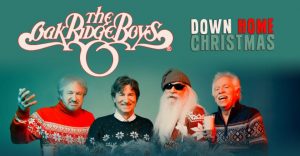 This is a “Down Home Christmas,” featuring the country music vocals of the Oak Ridge Boys, who’ve sold more than 41 million records over the years. The Grammy- and Dove-winning band presents its holiday show on this tour, filled with Christmas classics, “new favorites and many of the hits that shaped the career” of the group.

Get more info at foundersbrewing.com, where you can also get details about Saturday’s eRoy show. 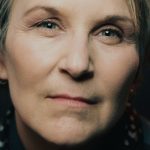 Grammy Award-nominated New Orleans native and folk artist Mary Gauthier has released a sheaf of albums since 1997, including 2018’s “Rifles & Rosary Beads,” which won album of the year honors at the International Folk Music Awards. 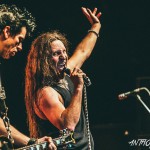 Georgia-bred hard-rock/Southern metal outfit Jackyl has long made The Intersection a stop on its U.S. tours and once again thunders into GR with an arsenal of rafter-rattling hits (“The Lumberjack,” “Down on Me,” “When Will It Rain”). Opening will be West Michigan’s own Tru-Burn and Stevie Reidz & Co.

Get tickets online at sectionlive.com, where you can also get the lowdown on another metal show, this one taking place on Saturday: Born of Osiris, Oceano, Car Bomb, The Last Ten Seconds of Life and Hollow Front, 6:30 p.m. Saturday in The Stache, $18 advance, $20 day of show. 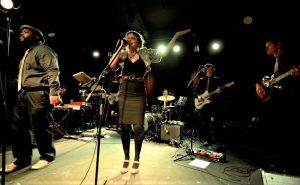 MAY ERLEWINE & THE MOTIVATIONS
When: 8 p.m. Friday
Tickets: $15
Where: The Pyramid Scheme, Grand Rapids

TICKET GIVEAWAY: Congratulations to readers Bryan and Cynthia Melville and Len Rinke. They were the first readers to email john@localspins.com with “MAY ERLEWINE” in the message field and won a pair of tickets to Friday’s Pyramid Scheme show. Check The Big List every week for your chance to win concert tickets.

Much-beloved northern Michigan singer-songwriter May Erlewine and her soulful band The Motivations have made these “Holiday Dance Parties” a December tradition, playing venues across the state with an upbeat, engaging, retro-soul, community-building approach. (The band plays The Old Art Building in Leland on Saturday and Seven Steps Up in Spring Lake on Dec. 21.)

Get tickets and details about Friday’s show at pyramidschemebar.com. (The band is also featured in the 2020 Local Spins Calendars.) 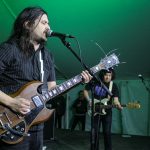 I Believe in Julio (Photo/Taylor Mansen)

So this is dubbed the “Inaugural Balls to the Wall Holiday Ball” with sets by Grand Rapids punk faves I Believe in Julio and cutting-edge rock band Free Hat (which boasted a No. 1 album on the Local Spins Hot Top 5 Chart earlier this year).

Oh, and Michael the Accordionist is also on the bill. Get more info here, where you can also get the lowdown on Sunday’s 5 p.m. show featuring singer-songwriter Sam Corbin.

Renowned Texas alt-country faves the Old 97’s bring their December “Holiday Extravaganza” to Kalamazoo, with Casey Magic and Rhett Miller (frontman for Old 97’s playing a special acoustic set). The band did release “Love the Holidays” in 2018 so there’s a seasonal hue to the group’s so-called “loud folk.”

Get tickets and more details online at bellsbeer.com; doors open at 7 p.m. 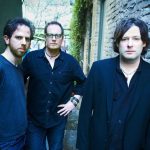 This will mark their first performances at the new downtown Listening Room. Get info and tickets at listeningroomgr.com. 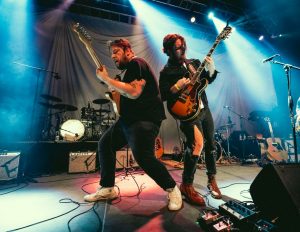 TICKET GIVEAWAY: Congratulations to reader Anastasia Peterke. She was the first to email john@localspins.com with “BROTHER ELSEY” in the message field and won a pair of tickets to Saturday’s show. Check The Big List every week for your chance to win concert tickets.

Since making the move from Detroit to the Grand Rapids area a couple of years ago, Brother Elsey has captivated fans and fellow musicians with the trio’s rootsy, harmony-propelled, folk-rock. The band of brothers – Jack, Brady and Beau Stablein – recently released a new single and will hit Chicago before powering up Grand Rapids with help from Jake Kalmink’s Further Closer and Seth Beck.

Read more about the band later this week at Local Spins. Get tickets and details about Saturday’s all-ages show online here. (The band is also featured in the 2020 Local Spins Calendars.) 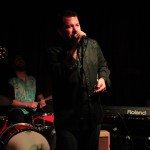 Blues harp player and singer Hank Mowery with his band The Hawktones have not only made a splash regionally, but they’ve attracted attention nationally for Mowery’s music/recordings and their dynamic live performances. They return this weekend to one of their favorite haunts, the West Side’s Tip Top, unleashing everything from Chicago blue standards to West Coast swing.

Get info and tickets online here. (The band also plays Kalamazoo on Sunday. Scroll down to Under-the-Radar Picks below for more details.) The Tip Top follows this on Sunday with the “Troubadour Showcase” featuring Eric Edwin, Sadie J. Tucker, Corey Leonard and Mule in the Mine. 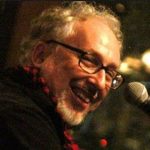 For years, Grand Rapids singer-songwriter J. Oscar Bittinger hosted what he called “A Winter’s Tune” concerts featuring fellow artists who would perform their versions of classic holiday tunes “in the round” along with new original seasonal songs they created just for this event. 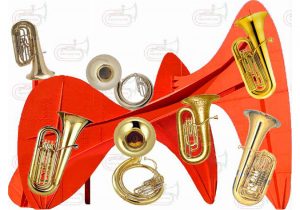 If you’ve never seen or heard an orchestra of tubas and euphoniums kicking out classic Christmas carols, you don’t know what you’re missing. This fun “heavy metal” tradition continues (similar concerts take place in cities across the country in December) with low brass players gathering for this seasonal concert coordinated by Karen Dunnam and directed by Matt Palmieri.

Get details here, and if you’re a tuba/euphonium/baritone horn/sousaphone player who wants to get in on the action, registration is at 12:30 p.m, with a rehearsal starting at 1 p.m. A great way to kick some brass for Christmas.

Madball playing The Stache inside The Intersection, 7:30 p.m. Tuesday, $16 advance, $19 day of show – New York hardcore band Madball (“Set It Off”) rolls into Grand Rapids for a show that also features Kharma, Bitter Truth and Life Loss. Doors open at 6:30 p.m. for this all-ages show.

Kaitlin Rose Duo and The Out of Favor Boys playing the Loaves and Fishes charity concert at Old Dog Tavern in Kalamazoo, 6 p.m. Thursday, $5 – Two of Kalamazoo’s most beloved acts play this event that benefits Loaves and Fishes (Kalamazoo’s primary food assistance provider) with a raffle and dozens of prizes.

Tucker Beathard playing The Stache inside The Intersection, 7:30 p.m. Thursday, $9.37 – Country’s Tucker Beathard (“Better Than Me”) plays this B93-sponsored show as part of the “Monster Energy Outbreak” tour with local support from Conestoga. Doors for the all-ages show open at 6:30 p.m. 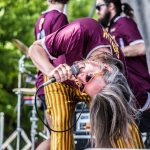 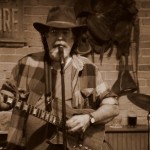 A Johnny and June Christmas playing Park Theatre at 248 S. River Ave. in Holland, 8 p.m. Saturday, $20 advance, $25 day of show – The Illinois-based Johnny Cash and June Carter tribute act, June’s Got the Cash, has performed classics by the country music icons for more than 10 years. This special Christmas edition is part of what’s become a popular traveling musical theater show. 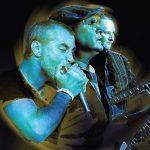 Strapping Owls playing Salt of the Earth at 114 E. Main St. in Fennville, 6 p.m. Sunday, $20 – Yes, another Sunday tuba show. Experience the unique tuba-based, blues power trio that is the Strapping Owls in this weekend-ending show in Fennville. Make reservations by calling 269-562-7258. 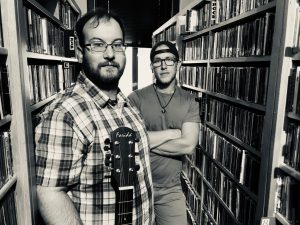 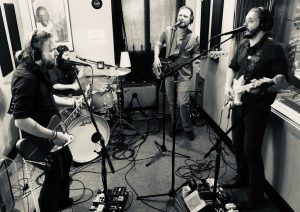