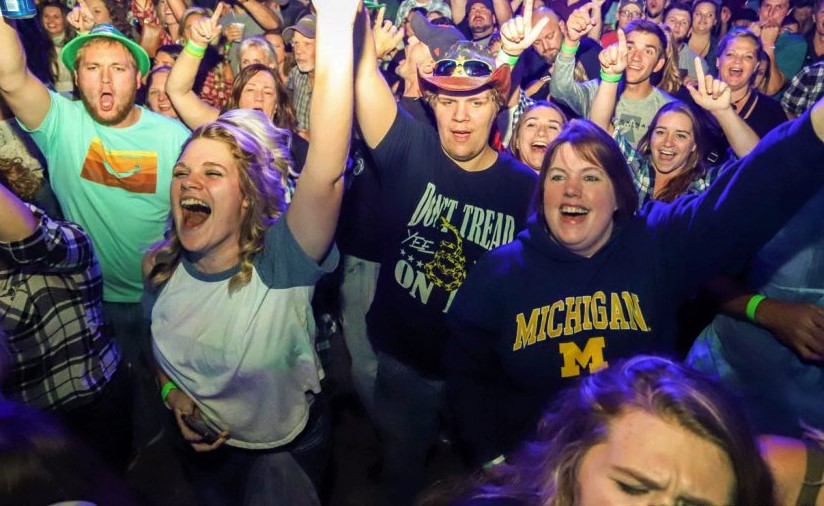 Fan Fervor: Expect plenty of that when Gunnar & The Grizzly Boys come back to The Intersection. (Photo/Eric Stoike)

TICKET GIVEAWAY: Check The Big List every week for your chance to win concert tickets. 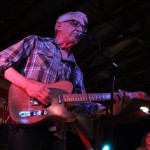 He’s back at Tip Top Deluxe, this time bringing his “Honky-Tonk Holiday” show to the West Side watering hole. Grammy-nominated rock, honky-tonk, rockabilly and Western swing guitar icon Bill Kirchen (who grew up in Ann Arbor and now makes his home in Austin) has cultivated a devoted audience of fans in West Michigan, well beyond the splash he made with Commander Cody & His Lost Planet Airmen back in the 1970s. The “Titan of the Telecaster” released his “Bill Kirchen’s Honky Tonk Holiday” album in 2012.

Joining him for this Monday night show will be The Carpenter Ants, a “chicken-fried gospel soul” band from Charleston, W.Va. Get details, tickets here. 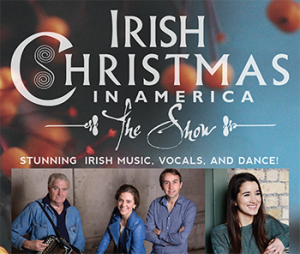 It’s December, which means holiday shows are in full gear. This one, Irish Christmas in America, is in its 14th season, produced by Oisin Mac Diarmada of the Ireland’s Teada. The show is filled with Irish music, song and dance “rich in history, humor and boundless energy,” featuring Irish traditional music singer Seamus Begley and Sligo’s Niamh Farrell. 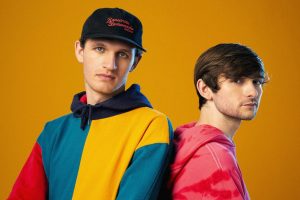 Chicago’s Louis the Child – the DJ-and-production duo of Robby Hauldren and Frederik Kennett – are touring behind their latest electro-pop/dance single, “Free” (with Drew Love), which leapt to No. 29 on the U.S. Dance chart.

Also on the bill for this “Here for Now” tour stop in Grand Rapids, hosted by 104.5 SNX: Duckwrth and John the Blind. Get tickets and details online at 20monroelive.com. 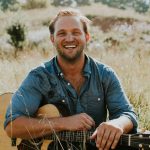 If you haven’t had the pleasure of hearing the music – or the performances – of Cousin Curtiss, listen up: The West Michigan native returns to his home state for his SpeakEZ Lounge and Local Spins Wednesday debut this week, touring behind his latest EP, “This Little Change.” His music? John Butler meets John Popper meets Keller Williams, combining the picking style, soul and energy of John Butler, the incendiary harmonica style of John Popper, and the multi-instrumentalist-live-looping talents of Keller Williams. No wonder he’s been featured by MSN, USA Today, Cosmopolitan Magazine and Daily Mail UK. 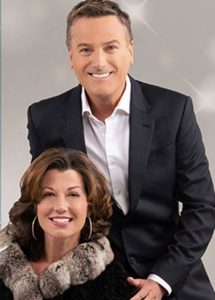 From “Breath of Heaven” and “Silent Night” to “Winter Wonderland” and “Rockin’ Around the Christmas Tree,” Amy Grant’s 2019 “Christmas” album features a wide range of holiday favorites – something fans are liable to embrace at Van Andel Arena this week as her holiday tour with Michael W. Smith makes a stop in Grand Rapids.

The co-headlining tour features special guest Marc Martel and a full symphony orchestra backing the singers on a vast repertoire of Christmas tunes. Get tickets and more details online at vanandelarena.com. 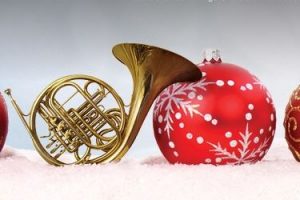 Expect the classics, including “Joy to the World,” “Sleigh Ride” and much more. Get tickets and details online at grsymphony.org. 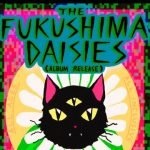 Grand Rapids punk rock band The Fukushima Daisies aims to rattle the rafters at The Pyramid Scheme as the group celebrates release of a new album. And they’ll get plenty of punk help along the way with Slumlord Radio, Space Pussy and Gimmick also on the bill.

Get tickets and more details about this all-ages show online at pyramidschemebar.com, where you can also get the lowdown on Friday’s DJ Psycho show featuring a live video shoot with SuperDre. 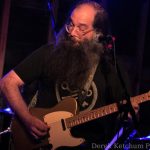 TICKET GIVEAWAY: Congratulations to reader Tara Robinson. She was the first person to email john@localspins.com with “LAITH” in the message field and won a pair of tickets to one of Friday’s shows. Check The Big List every week for your chance to win concert tickets.

Many might know him from his successful run on “The Voice” awhile back, but Ann Arbor blues-rock guitarist and singer Laith Al-Saadi had made his mark on Michigan’s music scene long before that and he continues to impress audiences with his original music and covers. (FYI: He released “A 75th Birthday Tribute to Jimi Hendrix” in 2017.) 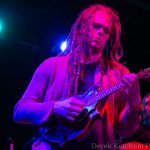 The Music at the Museum series in Grand Haven gets December rolling with Illinois bluegrass/roots rock band The Way Down Wanderers, with West Michigan’s own, award-winning Roosevelt Diggs getting the night started with a unique brand of Americana music.

Get more information about the show hosted by the Tri-Cities Historical Museum and Red House Concerts online here. 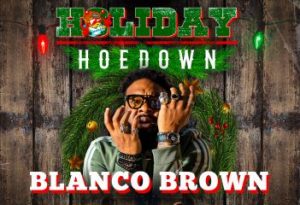 This is billed as the “B93 Holiday Hoedown with Blanco Brown,” with the country artist bringing his hip hop/electronic-hued music to Grand Rapids, buoyed by the skyrocketing success of his single, “The Git Up,” which has topped more than 135 million streams on Spotify. 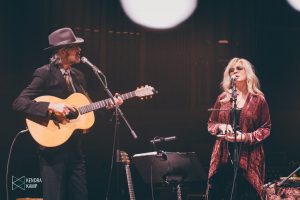 Ohio indie-folk duo Over the Rhine have played Calvin so frequently over the years that they’re regarded as the university’s “house band.” This time, Karin Bergquist and Linford Detweiler bring their December U.S. tour to the Chapel at Calvin, as they continue to tour behind their most recent studio album, “Love & Revelation.”

Of course, the duo also released some stunning holiday collections over the years, including 2006’s “Snow Angels” and 2014’s “Blood Oranges in the Snow,” so you can expect some inspiring holiday music at Friday’s show, too. Get tickets online here.

SUNSQUABI
When: 9 p.m. Friday and Saturday
Tickets: $21 advance, $26 day of show ($36 two-day)
Where: Elevation inside The Intersection, Grand Rapids 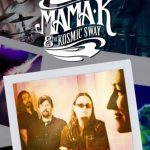 Get ready for some retro rock, soul and blues, courtesy of Grand Rapids’ Mama K & The Kosmic Sway, a group founded by Founders’ own Jeremy Koscmicki and his vocalist wife, Jamie, who does a whale of a Janis Joplin representation. The band, which also features bassist Coe Lacy and drummer Steve Harris, delivers “raw and powerful” live shows.

Get more info at foundersbrewing.com, where you can also get the lowdown on Friday’s taproom release of Frangelic Mountain Brown. And Dos Santos plays Saturday at Founders. 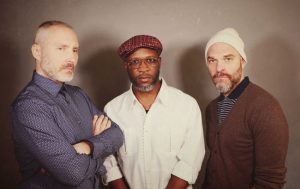 TICKET GIVEAWAY: Congratulations to reader Ricardo Ramirez. He was the first reader to email john@localspins.com with “THE BAD PLUS” in the message field and won a pair of tickets to one of Saturday’s shows. Check The Big List every week for your chance to win concert tickets.

For the second night in a row, Listening Room hosts a double-header of riveting music. On Saturday night, it’s the award-winning, much-ballyhooed strains of jazz innovators The Bad Plus, which just released a new album, “Activate Infinity.” The Minnesota trio of Orrin Evans, Reid Anderson and David King has long made a splash with its avant-garde jazz and has released 14 albums since 2001.

Get tickets and details online at listeningroomgr.com. 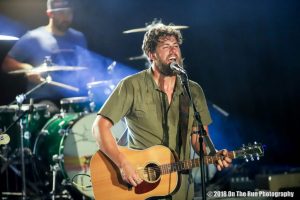 Another December homecoming show for West Michigan country heroes Gunnar & The Grizzly Boys, who unleash a rock-fueled brand of country music, something evidenced by the band’s most recent album, 2016’s “Good Rhythm.”

Joining Gunnar and crew will be another Michigan artist who’s making a big impact on the country scene: Mid-Michigan singer Sadie Bass, who just returned from a successful Caribbean tour with Brantley Gilbert and other superstars. Jared Knox & The Hagar Bombs are also on the bill for this all-ages show, with doors opening at 6:30 p.m. Get tickets here. 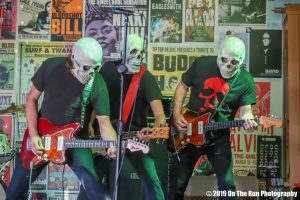 It’s another surf rock spectacular at the Tip Top. Led by Grand Rapids’ own masked marauders The Concussions, who always light up the stage in goofy and instrumentally adroit style for their devoted fans.

They’re once again bringing along a pair of fellow surf-rock masters: The Madeira and The Troubadours. Get tickets online here and be prepared to get your Christmas bells rung in surfy fashion. 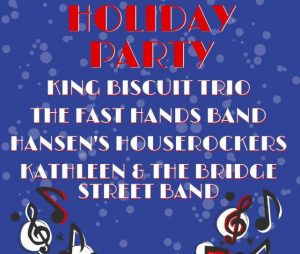 Got the Christmas blues? Well, this show celebrates the blues in rocking fashion with four Michigan bands playing this holiday party and fundraiser for the West Michigan Blues Society. The King Biscuit Trio, The Fast Hands Band, Hansen’s Houserockers and Kathleen & The Bridge Street Band will rev up the stage.

Food catered by Chef Cal will also be available for purchase and the society will also conduct at 50-50 raffle as part of the afternoon soiree. Get more info online here. 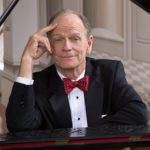 As the brother of James Taylor, Livingston Taylor clearly carries some impressive musical genes. The 69-year-old singer-songwriter has had a few of his own Billboard hits over the years and has released 20 albums since his self-titled 1970 debut, displaying the sort of talent that’s allowed him to share stages with Fleetwood Mac, Jethro Tull, Joni Mitchell and others over the years.

Joining him in Spring Lake for this tour stop will be indie-rock/pop-rock artist Rebecca Loebe, who’s also part of the Austin-based band Nobody’s Girl. Get tickets and details online at sevenstepsup.com. 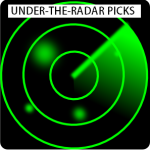 Adam Ezra Group playing Seven Steps Up in Spring Lake, 7:30 p.m. Thursday, $22-$32 – This is billed as “an acoustic evening with Adam Ezra Group,” a Boston indie-folk band touted for its “one-of-a-kind, community-driven” shows. There’s also a “cheese plate add-on” for this concert. Get details online here.

Robin Connell Trio playing One Trick Pony in Grand Rapids, 8 p.m. Thursday, free – Jazz pianist Robin Connell returns to one of her favorite haunts for an evening of classic jazz. One Trick follows this on Saturday, with the return of jazz, R&B and pop singer Kathy Lamar. 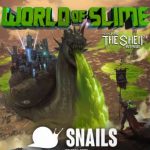 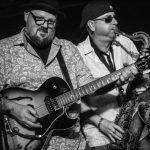 Out of Favor Boys (Photo/Derek Ketchum)

1999 Tribute Show at The Pyramid Scheme in Grand Rapids, 8 p.m. Saturday, $10 advance, $15 day of show – It’s another one of those insanely popular tribute shows at The Pyramid Scheme, with bands this time around paying homage to albums by American Football, Built to Spill, Fiona Apple and Rage Against the Machine. 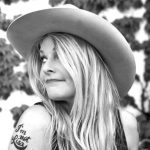 Full Cord Bluegrass playing Salt of the Earth in Fennville, 6 p.m. Sunday, $20 – West Michigan’s Full Cord wraps up a busy weekend with this Sunday show at Salt of the Earth (after playing Holland’s Park Theatre with Hoptown Rounder and Eric Engblade on Friday and the Ludington Center for the Arts on Saturday). Get reservations for the Salt of the Earth show at 269-561-7258. 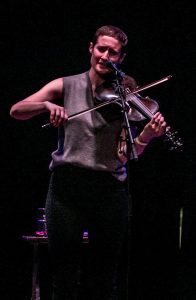 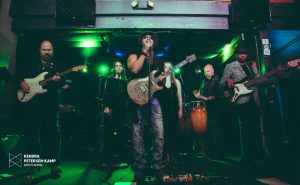