With the mammoth South by Southwest festival wrapping up in Texas over the weekend, Local Spins writer Ricky Olmos looks back at event highlights — some with a Michigan flair. 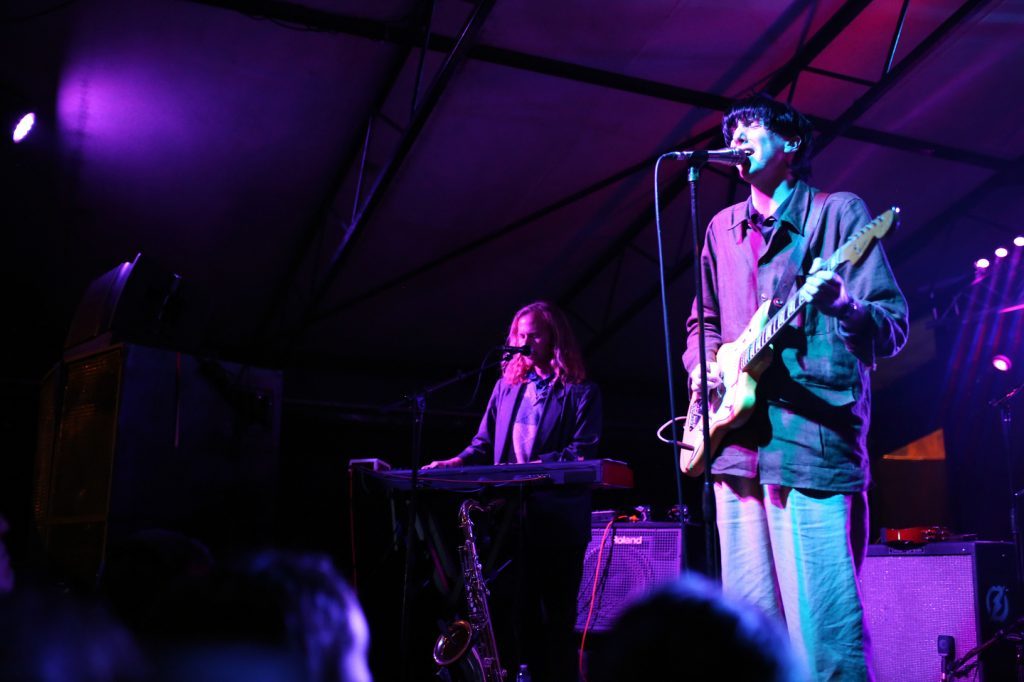 On the Top 10 List: Deerhunter performing at The Mohawk for a lively crowd in Austin during SXSW. (Photo/Travis P Ball/SXSW)

It’s the epicenter of the entertainment world for 10 days.

From worldwide film premieres, to surprise musical performances and keynote sessions with some of the most prolific names in the business, South by Southwest is a true oasis of art, creativity and ingenuity.

Local Spins was on location for the festival in Austin, Texas, taking in the sights, the sun and the sounds (which included a number of Michigan acts who made the trip for showcases and their own unique adventures). 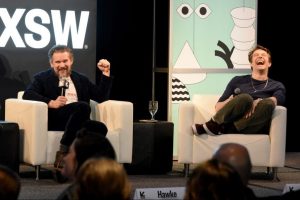 Here’s our Top 10 list of the best moments and experiences from the Austin festival.

• Red Carpet Premiere of “Her Smell” – Elisabeth Moss plays a depraved rock star in this punk-rock epic directed by Alex Ross Perry. Moss and cast made an appearance for the film and held a Q&A afterward.

• Keynote Session with Elisabeth Moss and Brandi Carlile – The revered actress and songwriter sat down for an in-depth conversation about their work, their collaborations, and their lives.

• Keynote Speech with Ethan Hawke – The actor and director discussed his craft in front of a capacity audience. Topics ranged from recent films to fatherhood. 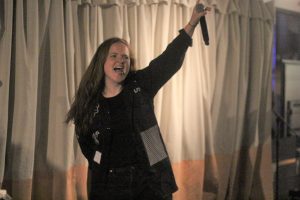 • Flint Eastwood at Michigan House – The indie-pop queen of Detroit touted her usual energy and charisma with a commanding set at the pop-up venue located in The Refinery. Fans danced and sang to the upbeat, high-energy set.

• Deerhunter at Mohawk – The band flourished in one of Austin’s most unique venues for a wild crowd.

• Strand of Oaks at Pour Choices – The Philadelphia songwriter gave an incredibly powerful performance in the second floor of the local tap house.

• Brother Elsey at Stay Gold – The Grand Rapids collective of brothers was on fire for its set at the SXSW Michigan House showcase, showcasing rocking tunes and tight harmonies. 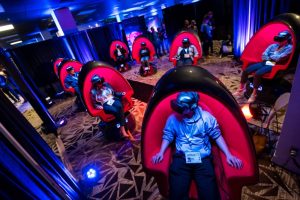 • The Sony Pop-Up Venue – The innovative tech company held an intriguing venue in Austin. Housed in a large warehouse, the space was comprised of interactive exhibits, including an immersive multi-sensory music listening experience and a photo booth for making personalized GIFs.

• Near-Perfect Weather – With temps ranging from the low 70s to mid-80s and thunderstorms held back by a cushion of overcast skies, festival-goers basked in the Texas warmth.

• Tacos – Although not an official element of SXSW, the tacos in Austin are just as iconic and just as plentiful as the music. 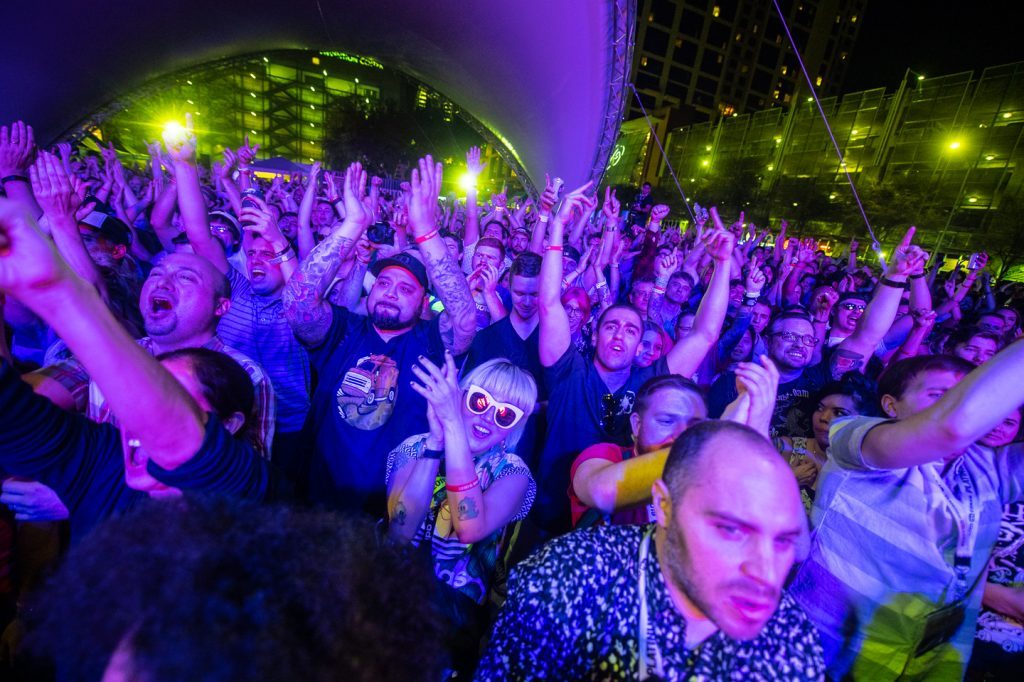 Crowd-Pleasing: With literally thousands of performances at numerous Austin venues, fans had plenty to cheer, including a set by Tom Morello at ACLU100 Experience. (Photo/Adam Kissick/SXSW)