Mid-August marks birthdays for members of some iconic rock bands — from Jethro Tull to The Guess Who to Dire Straits and more. Local Spins publisher John Sinkevics celebrates with his Top 10 faves by these acts. 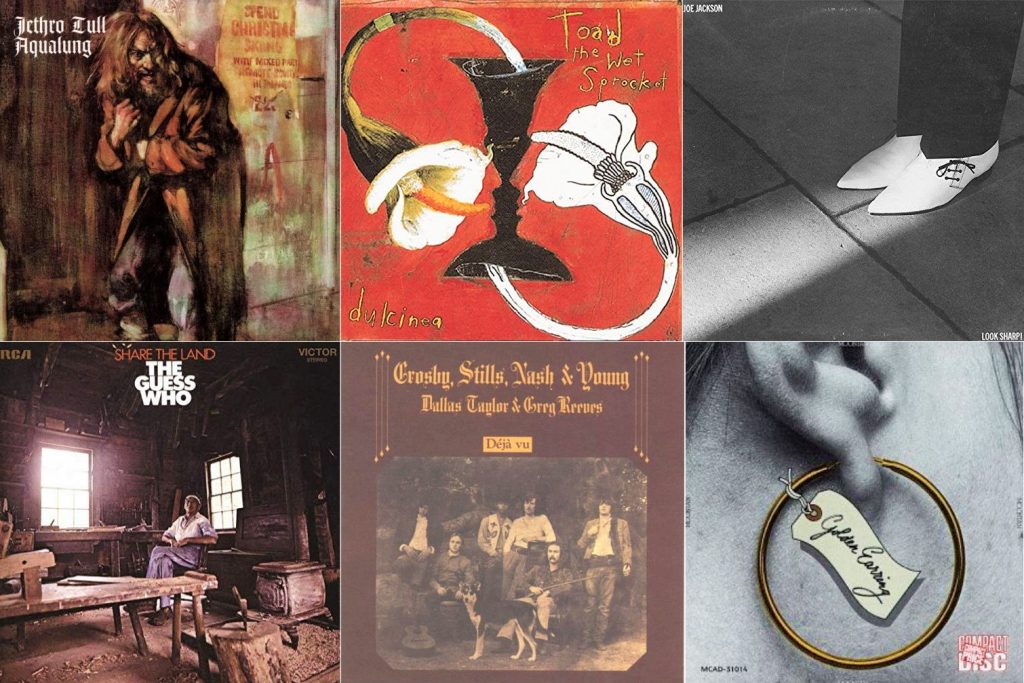 For me at least, this particular week in August stands out in terms of rock ‘n’ roll birthdays, and members of all those aforementioned acts are a year older this week. 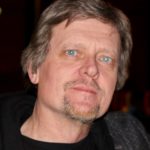 I’ve always loved tracking the birthdays of artists from the rock era, partly because it gives me a good excuse to revisit memorable songs and albums that shaped my own development as a music devotee. It also inspires me to spotlight some darned good artists who too often get overlooked.

So, this unusual Tuesday Playlist at Local Spins is a celebration of music by mostly older artists commemorating birthdays the week of Aug. 10-16 — specifically, musicians who’ve tickled my fancy, inspired my fist-pumping, sing-alongs and air guitar-playing, and otherwise made me happy.

I’ve arranged this playlist in order of the artists’ birthdays, starting with Monday, Aug. 10 — which happens to be the birthday of one of my favorite rock frontmen of all time. Turn it up.

1. Aug. 10 – Ian Anderson (of Jethro Tull), 73 – “Locomotive Breath” (1971) – Those who know me best know I’m a diehard, lifelong fan of Jethro Tull, one of the most unusual and most underrated bands in rock history. I’ve also interviewed frontman Ian Anderson more than once and had an absolute blast chatting with this intelligent and funny fellow. (Check out my 2001 interview with Anderson.) I could have chosen almost any song from the band’s heyday, but I keep coming back to “Locomotive Breath” — a musical commentary on overpopulation from his classic “Aqualung” album that has everything from a brilliant piano intro to thundering rock.

2. Aug. 10 – Todd Nichols (of Toad the Wet Sprocket), 53 – “Fall Down” (1994) – Like Jethro Tull, this is a band that has an ultra-devoted following but hasn’t always gotten the credit it deserves for top-notch songwriting, wonderful harmonies and gorgeous melancholy — as evidenced by this all-time favorite track from “Dulcinea” written by Nichols and frontman Glen Phillips. The video is remarkable, too. (At 53, Nichols is the youngest act on my playlist, so you sort of know which way this thing is going.)

3. Aug. 11 – Joe Jackson, 66 – “Sunday Papers” (1979) – As a New Wave artist who broke out in the late 1970s, Joe Jackson remains a unique entry in the history of rock — and “Sunday Papers” features a lot of the qualities that make his music special: ska, jazziness, a New Wave and punk vibe, with lyrics that have a biting quality. (Plus, I figure I better mention Sunday papers before folks forget what those are.) I can’t believe I never got a chance to see this guy live until the 63-year-old (at the time) stopped at Meijer Gardens in 2018, and his performance was phenomenal.

4. Aug. 11 – Jim Kale (of The Guess Who), 77 – “Share the Land” (1970) – With one of the greatest rock ‘n’ roll singers of all time (Burton Cummings) leading the way, Canada’s The Guess Who delivered incredibly catchy hits throughout its run — from “These Eyes” to “American Woman.” Bassist Jim Kale was part of all those hits, and I literally wore out my 45 of “Share the Land” as a kid, partly because the rollicking B-side, “Bus Rider” was every bit as infectious.

5. Aug. 12 – Mark Knopfler (of Dire Straits), 71 – “Expresso Love” (1980) – There are countless other songs I could have chosen to represent Mark Knopfler’s guitar prowess — from “Brothers in Arms” and “Telegraph Road” to “Money for Nothing” or “Tunnel of Love” — but my band has long covered “Expresso Love” and it perfectly represents what made Dire Straits so special.

6. Aug. 12 – Pat Metheny, 66 – “(Cross The) Heartland” (1979) – I have to credit my wife, Liz, for introducing me to multi-award-winning jazz fusion guitarist Pat Metheny. The 1979 album, “American Garage,” was my first exposure to his awesome talent and the album still holds up to this day.

7. Aug. 13 – Feargal Sharkey, 62 – “It’s All Over Now” (1985) – I hasten to say almost no one reading this column today is familiar with Irish new wave/pop artist Feargal Sharkey. But I was taken by his 1985 self-titled album, partly due to his unique, somewhat warbly voice and singular keyboard stylings. The single, “A Good Heart,” got most of the attention, but I much preferred other songs, including the final track — an outstanding cover of Bobby Womack’s “It’s All Over Now.”

8. Aug. 14 – David Crosby (of The Byrds and Crosby, Stills, Nash & Young), 79 – “Almost Cut My Hair” (1970) – Every time I listen to this classic CSNY track from “Deja Vu” I really feel like “letting my freak flag fly.” It features Crosby at the height of his vocal power, some astounding psychedelic guitar work and still stands as a true hippie anthem 50 years after it was released.

10. Aug. 16 – Barry Hay (of Golden Earring), 72 – “Radar Love” (1973) – Speaking of that, no piece of music gets nostalgia flowing through my memory cells more than Golden Earring’s “Radar Love,” which stands the test of time as the best driving song ever. Barry Hay’s lead vocals with this popular Dutch band are beyond classic, and it’s absolutely impossible to resist turning up the volume every time I hear this song on the radio. How about you?