The non-stop Styx — with a new album to add to its platinum-selling classics as it prepares to return to Meijer Gardens on Friday — chatted with Local Spins about the ‘artistic flair’ the band continues to flaunt. 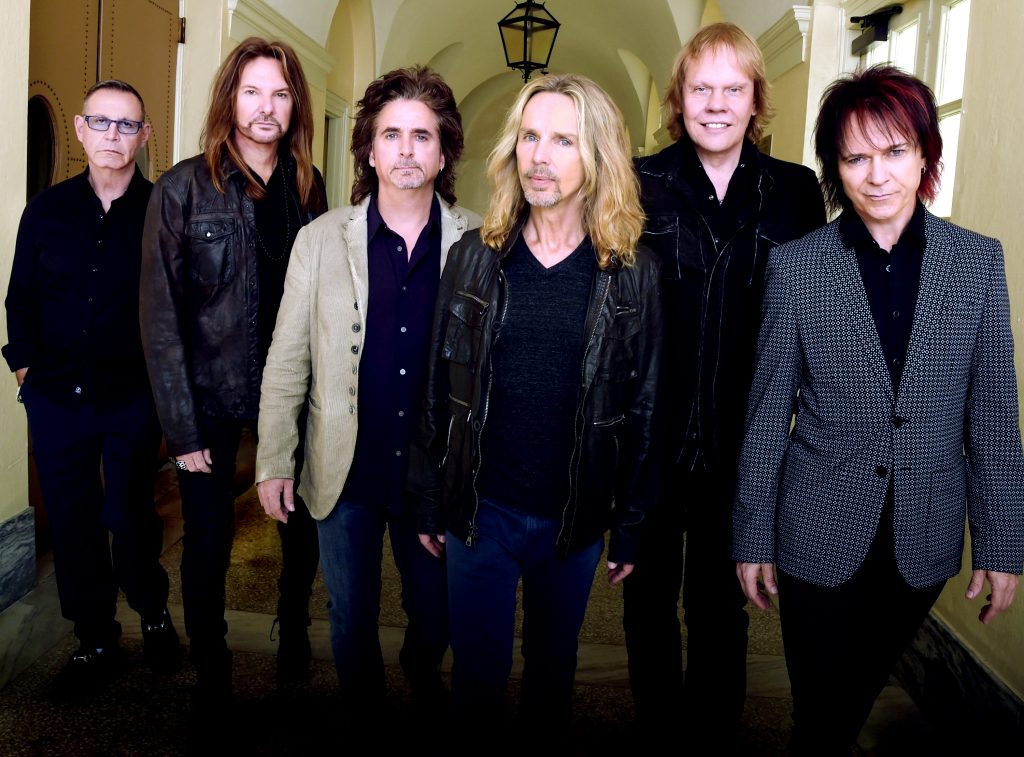 ‘Honoring the Songs’: Styx brings a legacy of hits to Grand Rapids this week. (Photo/Rick Diamond)

What does that say about Daltrey and the music of the Who? Or the Moody Blues, the Rolling Stones, Chicago or any of the bands still performing 30, 40 or 50 years on?

For Lawrence Gowan, it means they’re just getting better. 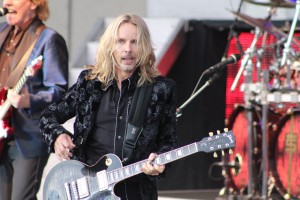 “We’re better players than ever. You get a deeper artistic flair,” said the keyboardist and vocalist for Styx, which plays Frederik Meijer Gardens & Sculpture Park on Friday.

Styx has been at it for more than 40 years, so he should know. As an example, he points to fellow band members and others still on the scene. “Steve Hackett (the progressive and classical guitarist, who will be returning to Grand Rapids in October) always had beauty in his playing, but now its really refined.

“I stand on stage with (guitarist/vocalist) Tommy Shaw. What he does now, there’s greater inflection. He’s not out there trying to sell the song, he’s honoring what the song is.”

Gowan was asked how the band can keep up its enthusiasm for playing the hits over and over at every concert, particularly when it seems the band is always on tour.

“I happen to love playing big hit material. Styx had four triple-platinum albums. Songs from those – ‘Renegade,’ ‘Sail Away,’ ‘The Grand Illusion,’ ‘Too Much Time,’ ‘Foolin’ Yourself’ – the great thing is every night is a chance to get them right,” he said with a laugh.

By the same token, coming up with a set list can be problematic for a band with such a lengthy history. 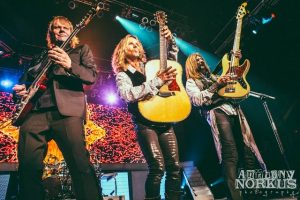 Putting together those and other hit songs, deep cuts from those hit albums, and band members’ favorites can make for a difficult balancing act.

“I’m in my 21st year with the band. For the first five years, I took myself out of that discussion,” said Gowan, feeling he didn’t have the best perspective to weigh in such a decision. These days, he said the band makes an effort to balance the set list with a few songs that aren’t played as often as well as newer material, such as from their recent album, “The Mission.”

In addition, Gowan noted that for the last 15 or so years, the band’s road manager has kept a set list for every show, so when the group plays in a city for the second or third time, he makes sure there’s a little something different for that night’s concert.

Gowan said the set list also needs to pay homage to the crowd, which he says has been diverging from just those who grew up to the sound of “Blue Collar Man” or “Sail Away” on the radio.

“Over the last ten years, half the crowd is maybe 30 and under. They have a completely different set list in their heads. Their favorites might be ‘Rockin’ the Paradise’ or ‘Light Up.’ That’s due to the way they’ve discovered classic rock through the internet, YouTube or streaming, whether it’s Styx, Led Zeppelin or Supertramp,” he said.

“The industry is so different than even 20 years ago. It used to be you toured to support the record. The record was what made money. “Not now. The only thing you can’t download is the experience of seeing a great rock show. I’m fortunate enough to be in such a band.”

He pointed to success in recent shows abroad and domestically not only as proof of the band’s continuing popularity, but his own good fortune in being in the midst of it. “The last two months we did a sold-out show at the London Palladium, shows in Oslo Norway, two days at a great Swedish rock festival. Then back to the United States. One night after another, there’s an insatiable appetite.”

Does that appetite include a craving for new music? Apparently it does. Styx released “The Mission” a year ago, its first new studio album in 14 years. Gowan said the band considered long and hard whether to do a new album.

“We’re continuously having new ideas, new music. But we weren’t inclined to take six months off to do an album. There wasn’t a demand for a new album.

“But about four years ago ideas were coming in and the (musical) snippets got better and better.” That’s when the band decided to record an album, but without a commitment to releasing it. “If we don’t love it, we don’t have to release it,” Gowan said was the band’s attitude. 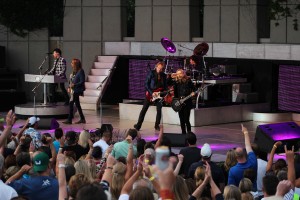 To get as close to what the group deemed the “classic Styx sound” as possible, it used vintage mics, recorded on tape rather than to a computer, even used analog synthesizers, keeping the sound as honest as possible. Shaw, who co-wrote the album’s storyline with longtime collaborator Will Evankovich (Shaw/Blades, The Guess Who), is on record as saying, “It’s our boldest, most emblematic album since Pieces of Eight.”

For his part, Gowan is enthusiastic about the recording.

“We had so much fun making it. We got to the end and thought people would love it.” Turns out he was right. The Mission debuted on various Billboard charts, including No. 6 Top Rock Albums, No. 11 Physical Albums, No. 11 Vinyl Albums, No. 13 Current Albums, No. 14 Top Albums, No. 166 Retail, No. 17 Mass Merch/Non-Traditional, No. 29 Digital Albums, and No. 45 Billboard 200 (which includes catalog and streaming).

Gowan remains bullish on Styx, saying the group brings it every night, and their audiences love it — even on a blistering, hot night during a recent tour stop in Fresno.

“It was 102 degrees, it was just so painful. Inside it was probably only 99 degrees,” he said with a laugh. “Before we were going on, it’s like, ‘This is gonna be a drag.’ Halfway through the second song all our faces were lighting up. It turned out to be one of the best gigs.”

“We’re getting the most positive reviews ever. We have a ball on stage.”