After a brutal, COVID-impaired 2020, music fans need to step up if regional artists are to survive. Musician Justin ‘Stovepipe’ Stover explains why buying music, not just streaming for free, is imperative. 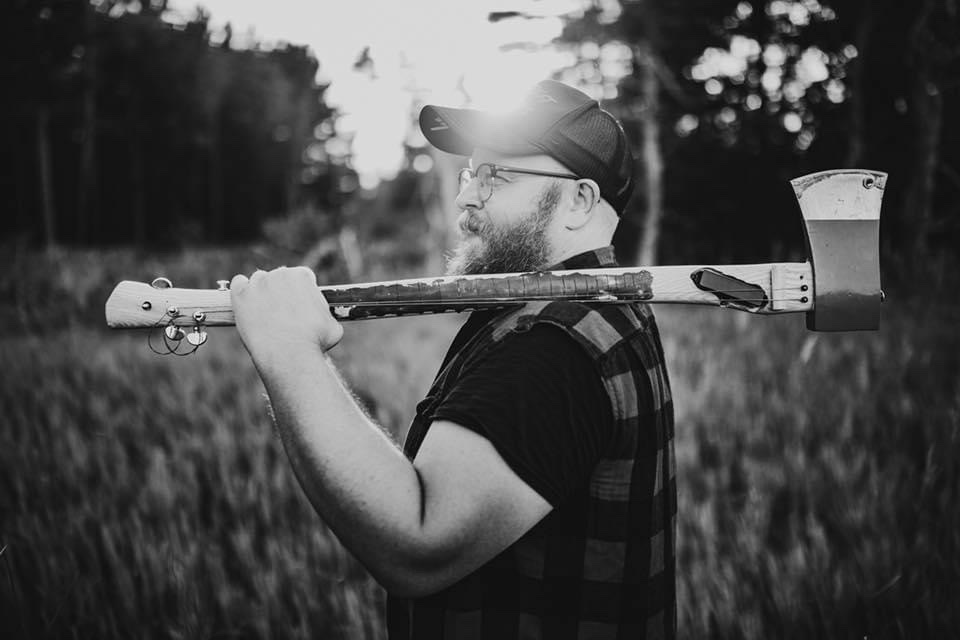 Hewing a Career in Music Out of a Pandemic: Justin ‘Stovepipe’ Stover (Photo/Sara Herzog)

There’s no going back to normal. Instead, we have to work together to rebuild from the rubble COVID-19 left behind. This is especially true when it comes to independent music.

Before we go further, let me introduce myself. My name is Justin Stover. Since 2014, I have performed under the moniker Stovepipe: One Beard Band.

Using the innovative Farmer Foot Drum and an arsenal of weird guitars (one made out of a OUIJA board, another out of an ax, and my newest out of a collapsed barn), I make tunes that fall under the very much niche “dark folk” genre. This is a genre that I assure you exists. My elevator speech is: “I am a one-man band who makes punk- and country-tinged folk songs about ghosts, Satan, werewolves, psycho-butchers and more.”

Thanks to a modest but loyal fan base, I have been able to make a part-time living off of my weird music. The majority of this comes from live performances, the occasional cover gig and busking. 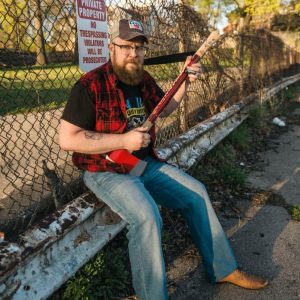 I also frequently record music. Though ‘listens’ have been consistently strong over the years, sales have continuously decreased. Like a lot of my musical colleagues, the loss of live music due to COVID-19 caused my income to collapse like a flan in a cupboard.

There are some musical innovations from 2020 that are positive: Live-streaming, driveway shows and a healthy mix of creativity and Darwinism have helped us perform in new and interesting ways. But it’s been tough, even scary.

I’ve thought a lot about ways to continue my own career in light of COVID-19, and for other musicians as well. Surely, there’s no one fix-all. But more than ever, I am convinced that 2021 needs to be the year that we start paying for recorded music again.

Spotify and other streaming services that pay their musicians micro-royalties have their use (and I do use them). Still, I do not think that independent musicians and music in general can survive the new reality if these streaming services continue to be the primary resources by which people listen to recorded music.

Here’s why we should all spend 2021 paying for recorded music, via record stores, Bandcamp/Patreon and (fingers-crossed) merch tables at live shows:

• BUYING MUSIC IN PERSON IS A GREAT WAY TO GET US OUT IN PUBLIC ONCE IT’S SAFE – There is simply nothing like flipping through the bins of Vertigo Records and other favorite music stores and finding a hidden treasure, or getting your hands on the latest vinyl release of a favorite musician. Add to that, going to a live show, seeing great music, and then literally handing currency directly to the musicians you just saw on stage is equally magical. Just think what these experiences will feel like in the hopefully near future when we can actually leave our sad-ass homes, get off of our plastic devices that have been infected by Zoom meetings, “Tiger King” and god-knows what else, and enter public spaces again. We are all going crazy. The reason it’s so important that we mask up and avoid gatherings now is so we can have culturally rich social lives again later. I can think of few better ways to exercise our inevitable “freedom-from-’rona” then getting as far away from our lonely screens and back into record stores and live shows.

• PAYING FOR RECORDED MUSIC IS CHEAP, SUPPORTS MUSICIANS & HAS A SNOWBALL EFFECT – I realize most of us have minus-20 cents in our checking accounts currently, so an article where some dweeb tells you to pay for music might seem tone-deaf. But paying for recorded music is actually a cheap way to support musicians and it can build up over time. Currently, things have been trending toward singles. I don’t mean “one-hit wonder” Top 40 releases, either. I’m referring to musicians releasing singles consistently and often, as opposed to just releasing an album every year or so. I’m willing to bet you’ll see a lot of indie artists releasing a song (or more) monthly that fans expect, while album releases become more of an occasional Swift surprise. Because I’m old and irrelevant, I was at first resistant to this trend. Now I think it’s exciting. And if we pay for these single releases, it could help our favorite artists financially without putting a big dent in our own billfolds.

Here’s a hypothetical. Let’s say your favorite band is a stunning, remarkably broke electronica-ska-punk collective named “Putrid Fingertips.” PF announces they’ll release a single a month in 2021 through Bandcamp. In a surprising turn of events, PF actually puts effort into promoting these releases. As a result, their first single “Carpal Tunnel Sin-Drone” gets 1,000 listens in January. And the majority of listeners pay between 3-5 bucks for it. That’s roughly the price of a 5-Hour Energy Drink and a Nutty Bar. Subtract Bandcamp’s small 10 percent take, and Putrid Fingertips has an uncharacteristically lucrative month thanks to their fans actually doling out a few bucks for the song they worked so hard on. This support continues and grows over the year as they continue to release a monthly song. As the much better 2021 comes to a close, Putrid surprises fans by releasing six of their favorite singles from the year and four new songs on vinyl for $25, selling 300 copies at their release show. And bingo-bango, a once impoverished band actually has the beginnings of a sustainable music career. I realize this sounds idealistic, but this type of scenario is certainly possible if we all decide to consistently, directly pay for recorded music. And this minimal investment sounds way better than just depending on “Stingy-with-a-Buck-Spotify” to support our favorite musicians. Sounds more fun, too. 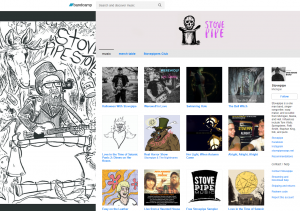 • BUYING RECORDED MUSIC THROUGH ARTIST-FRIENDLY SITES IS GOOD FOR ARTISTS, FANS & THE WORLD – I cannot begin to encapsulate how much I love Bandcamp and Patreon. Bandcamp is a small but growing company, run by a team of good people, who truly do support musicians and do good for the world. Along with providing resources for artists to sell directly to and communicate with fans, Bandcamp takes a very small percentage of each sale. They also have Bandcamp Fridays on the first Friday of each month. On these days, musicians keep 100 percent of their sales. Bandcamp also has openly donated to progressive causes, including immigration rights groups, LGBTQIA+ organizations and more. Patreon is another great resource where fans and musicians can support each other -– run by good, charitable people. They are remarkable places to support, for reasons that go beyond the music.

• ALL OF THIS BETTER PREPARES MUSICIANS IF WE EXPERIENCE ANOTHER PANDEMIC – I’m both joking and totally serious with this final point. We didn’t just learn how to make sourdough bread during 2020. We also learned how quickly our world can change, drastically and dreadfully. When COVID came, live music stopped. Because recorded music has not been a strong, consistent revenue stream for so many of us indies, our income also stopped when the live music did. If we do our best now to support local record stores, venues and purchase recorded music from equitable sources in 2021, then perhaps us musicians won’t see our entire incomes disappear like a Yesterdog in a vat of acid if we have another pandemic, a zombie apocalypse, or if it turns out the “Left Behind” books were non-fiction.

It’s been a rough year. Better times can be on the horizon if we do the hard work and do it together. Surely, the hard work will be more bearable and beautiful if we have good music to listen to while we do it. Yet, as we’ve seen, even our beloved music isn’t immune to the ravages of pandemics.

So let’s make 2021 the year where we give musicians the direct support they need to sustain themselves, their songs, and in turn, all of us. 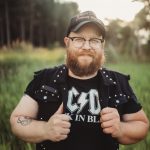 ABOUT JUSTIN “STOVEPIPE” STOVER: Justin has been a mainstay in West Michigan’s music scene as a performer both in Grand Rapids and the Traverse City area. With his ‘one-man band contraption,’ he’s unleashed his unique punk-fueled folk while also operating his Stovepipe Soaps business. As of late, he’s collaborated remotely with Dutch artist Silas J. Dirge on dark country murder ballads that you can read more about online here.