One of music’s most unusual, transatlantic partnerships – songwriters in Michigan and the Netherlands who’ve never met – has spawned an eerie Gothic Americana single with more to come. 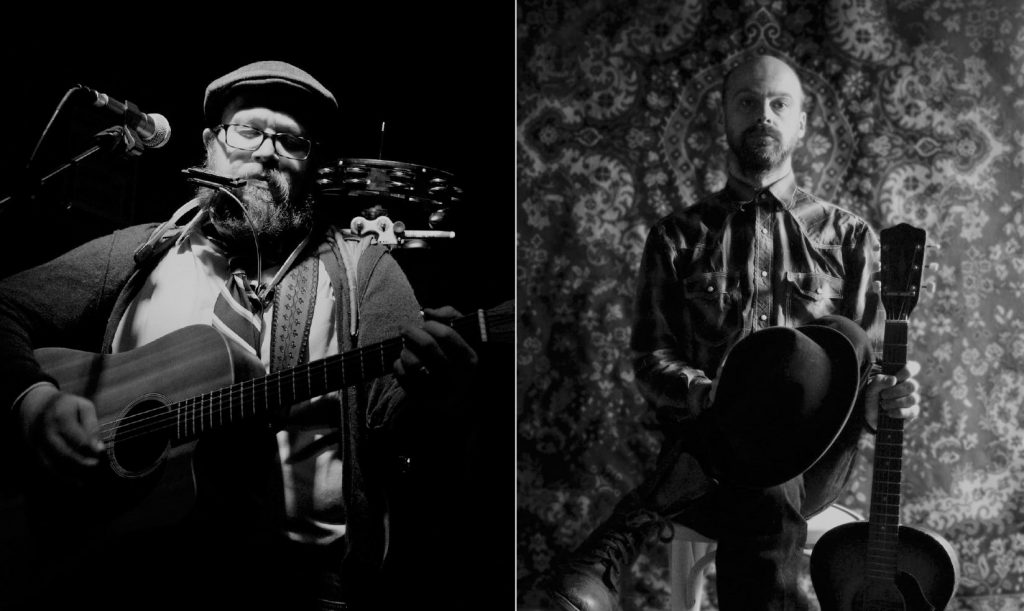 SCROLL DOWN TO LISTEN TO “THE GRUDGE”

Growing up in a small town in the Netherlands, Jan Kooiker’s fascination with America’s old West, outlaws and Sergio Leone’s spaghetti Westerns began at a young age.

“Also, one of my older sisters had a country compilation album with four CDs that I used to listen to a lot,” he recalled. “It had all kinds of country artists on it. I remember Johnny Cash, Hank Williams, Kenny Rogers, Kris Kristofferson, Glen Campbell, The Carter Family and Loretta Lynn.”

Not surprisingly, Kooiker gravitated toward country and alt-country music as a musician. Under the pseudonym Silas J. Dirge, he’s released an album and two singles of “dark country” music with eerie titles such as “Tales of Woe” and “Flowers on her Grave.” 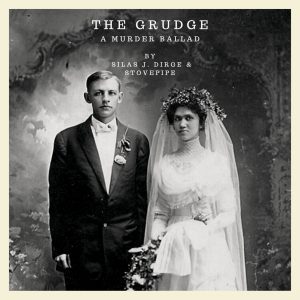 The Co-Written Murder Ballad: “The Grudge”

“Jan’s album popped up and the artwork intrigued me,” he recalled. “And I listen to it, and it was one of the best albums I’ve ever heard.”

After messaging Kooiker on Facebook, the two songwriters immediately hit it off.

And that led to one of music’s most unusual, transatlantic song collaborations: “The Grudge,” a Gothic Americana ballad about a murderer and his victim, written and recorded by two artists who’ve never met in person – a Dutch singer with an American accent and a punk-hued “one-man band” from Grand Rapids who makes Stovepipe Soaps.

Released earlier this month amid the COVID-19 shutdown, “The Grudge” unfurls amid a gloomy-but-intoxicating backdrop with Dirge and Stovepipe trading lead vocals over spare and twangy instrumentation as the homicidal tale unfolds.

The single’s description lays out the strengths of this odd partnership: “Together, they are a pairing that’s as perfect as whiskey and cigars. So, turn the lights down low, stoke the fire and enter into this spooky, homespun musical tale.”

“When I heard Justin’s voice for the first time, I was immediately hooked,” Kooiker, 39, said in an interview with Local Spins. “His voice has so much character to it. That, together with his storytelling lyrics make for a perfect blend.”

Stover, 40, has much the same to say about Kooiker’s music, so their collaboration came easily. Kooiker came up with chords, a melody and his part of the lyrics, sending them to Stover, who added his lyrics and slide-guitar parts.

“We both wrote and recorded at our homes, so we never actually met, which was a first for me but it worked out really well I think,” said Kooiker. “His voice complements mine in a way, and for that reason alone, I think this collaboration works so well. We’re a bit like-minded: We both have a preference for mystery and suspense.”

Said Stover: “I had a great time doing it. So much fun. We became friends and so there was a natural connection there, and it sounded like we had similar values when it comes to politics and religion and things like that, so I felt like any even subconscious message we were trying to convey in our story was coming from a similar place. 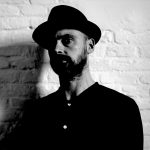 “I got to see how he handles sound engineering and such. He is very skilled in that area and showed me a bunch of things to improve my recording. Honestly, it wasn’t that difficult. The challenges were really helpful actually.”

And that means another collaborative project is on the horizon.

“I loved working with Justin and I’m looking forward to doing another song together,” said Kooiker, who finds it easier to express himself in English than in Dutch. “It’s my turn to come up with a subject, I believe.”

Kooiker – who was born and raised in the rural village of Rouveen in The Netherlands but grew up listening to “English music” – also plans to release another Silas J. Dirge album later this year, working with longtime musical pal Harald de Ruiter (“one of the greatest guitar players I know”).

Kooiker conceded he doesn’t perform regularly in the Netherlands because “there are just not that many people into ‘darker’ country music,” so he instead concentrates on releasing his studio recordings. 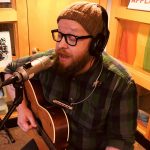 Consequently, Silas J. Dirge may have more of a following for his eerie Americana music in the United States than in the Netherlands, and by contrast, Stover contends he gets “more listeners from overseas than I do in the States.”

So might these two like-minded songwriters ever meet face to face?

“That would be great to meet him,” Stover said. “It’s hard to even envision how that could happen in our current world, but … I definitely have been thinking about how to Borg that connection on an even deeper level.”

Kooiker — who’s visited the United States twice — cautioned that it’s difficult to look too far ahead.

“I do have some things I would like to do, but as Al Swearengen of Deadwood once said, ‘Announcing your plans is a good way to hear God laugh.’ ”