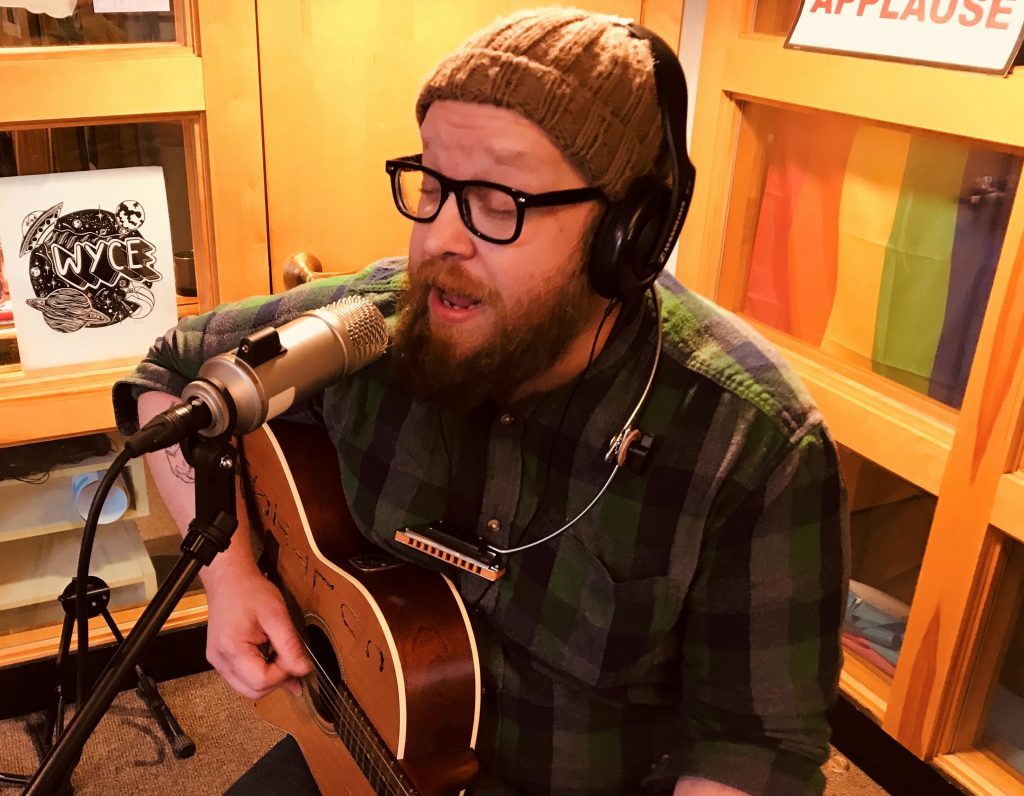 Having nearly all of your musical instruments and gear stolen can be a devastating, life-altering experience – especially when a musician is working at his craft full-time.

So when Grand Rapids singer-songwriter Justin “Stovepipe” Stover woke up after a late-night gig earlier this month to discover his car filled with gear had been stolen, his most dire, nightmarish fears were realized.

“I kid you not, that was the worst day of my life,” said Stover, who lost an expensive new footdrum (foot-played drum kit), his best guitar, microphones and other equipment that had been locked inside. 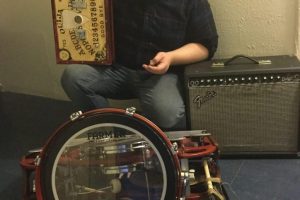 Stover’s Footdrum: Some of the stolen gear.

Earlier in the year, he had sold his record collection and “lived off nothing” to pay for the new “one-man-band” footdrum.

“The last two years, I’ve been quite responsible with my creative career,” he said. “I’ve been able to slowly but surely make my living off this. In November, I was thinking … things were actually coming together with my life.”

But having the rug pulled out from under him hasn’t stopped the Grand Rapids folk-punk artist, who raised more than $1,300 in two days through an online GoFundMe campaign (which is continuing) to help replace some of his gear. And luckily, his car was insured.

Now, Stover is looking ahead to a new set of live performances, including a 5 p.m. Sunday show at The Peoples Cider Co. at 539 Leonard St. NW in Grand Rapids.

He previewed that show for this week’s edition of Local Spins on WYCE, performing two new songs – “Steal Your Heart” and “Next Summer” – on the air. Watch the video for “Steal Your Heart” here and scroll down for the full radio show podcast.

Stover insisted that performing is just his way of affording to write his compelling songs.

“I really don’t like attention, but I do like to communicate with audiences well,” he said. “I definitely think my music requires pretty good attention although I try to keep it entertaining.”

Raised on punk music, Stover’s songs are “a little bit grimier” than most folk tunes, leaning on words and phrases not often associated with the genre. 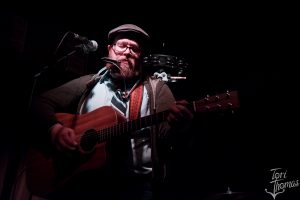 “What somebody once told me is that I’m the last person to pull out a guitar at a party and play (Oasis’) ‘Wonderwall.’ That’s not how I’m wired,” he acknowledged.

“Although I’m more folk at the end the of the day, that (punk) part never leaves you. I guess I just want them (audiences) to kind of feel it in their nerve endings, and be as vague so that I can’t force an interpretation – craft something that the words help people to feel something and see something.”

Stover also will be part of the “reboot” of “A Winter’s Tune” songwriters’ concert, hosted by J. Oscar Bittinger at 2 p.m. Dec. 15 at Listening Room in Grand Rapids. Get tickets, $12, online here. He returns to Listening Room with Sam Cooper on Jan. 26 for Nicholas James Thomasma’s “Songtellers & Songs” series.