With storm clouds gathering, Thursday’s sets by Miller and opener Drew Nelson were moved up. But “The Joker” didn’t rush the show, ending just in time to beat the rain. (Photo gallery) 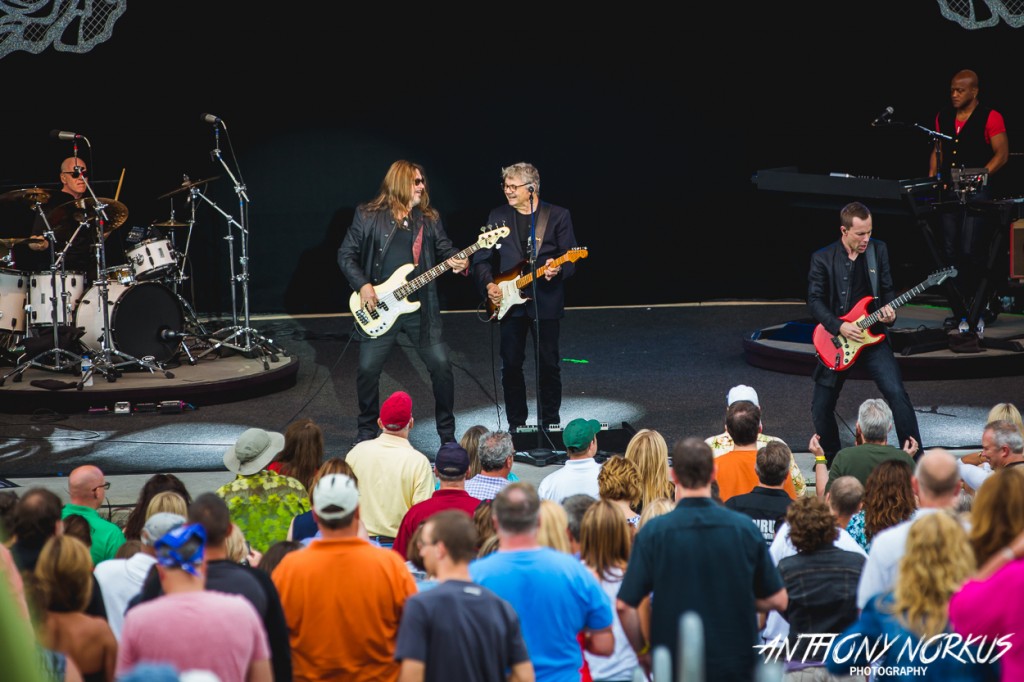 Rock Classics and Some Blues, Too: The Steve Miller Band at Meijer Gardens. (Photo/Anthony Norkus)

Steve Miller may forever be “The Joker” to some — and the “Space Cowboy” to others — but his band’s nostalgia-laden set Thursday at Frederik Meijer Gardens & Sculpture Park didn’t prove to be the butt-end of a punchline.

Instead, the guitarist-singer’s return to the outdoor amphitheater displayed the musical prowess for which he’s been acclaimed for almost six decades with a few special treats mixed in. 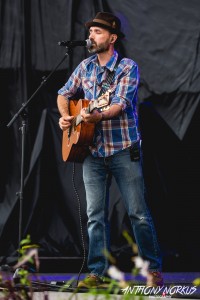 Miller has been writing music and playing shows since 1956, churning out a multitude of chart-topping hits in his prime that cultivated a widespread following. And at 71, he’s still got it.

Throughout its set, the band showcased its well-preserved sound and talent, bringing the sellout crowd of 1,900 up and down with a familiar arsenal of tunes, from slow and mellow songs to upbeat and dance-y classics such “The Joker,” “Take the Money and Run” and “Dance, Dance, Dance.”

After all these years, you might think these guys would run through their memory-sparking standards for the baby-boomer crowd and end it right there.

But the band also switched it up: playing music that provoked a sea of intrigued faces and bobbing heads, and giving a glimpse into its impressive experimental and bluesy side.

Reminiscent of early Miller material, which tapped into the guitarist’s roots of blues and jazz, the band delved into older jazzy, doo-wop stylings, including a unique take on the song “One Mint Julep,” originally by The Clovers. And there was “a combination of Little Walter and ‘St. James Infirmary,’ ” which made for a refreshing change of pace for long-time fans.

Local singer-songwriter and Red House Records recording artist Drew Nelson opened the evening, charming concertgoers with his homey folk-Americana selections — setting the stage for an upbeat and easy-going mood for the night ahead.

With the threat of rain, Nelson took the stage 10 minutes early, with Miller and band starting their set 45 minutes ahead of schedule.

But the dreary skies and occasional droplets of rain didn’t faze attendees. Instead, the contrast between the gloomy weather and the jovial, effervescent sounds of both acts made for an oddly soothing atmosphere. The performers seemed happy and the crowd seemed even happier.

The cherry on top? The show ended just in time to beat the rain. 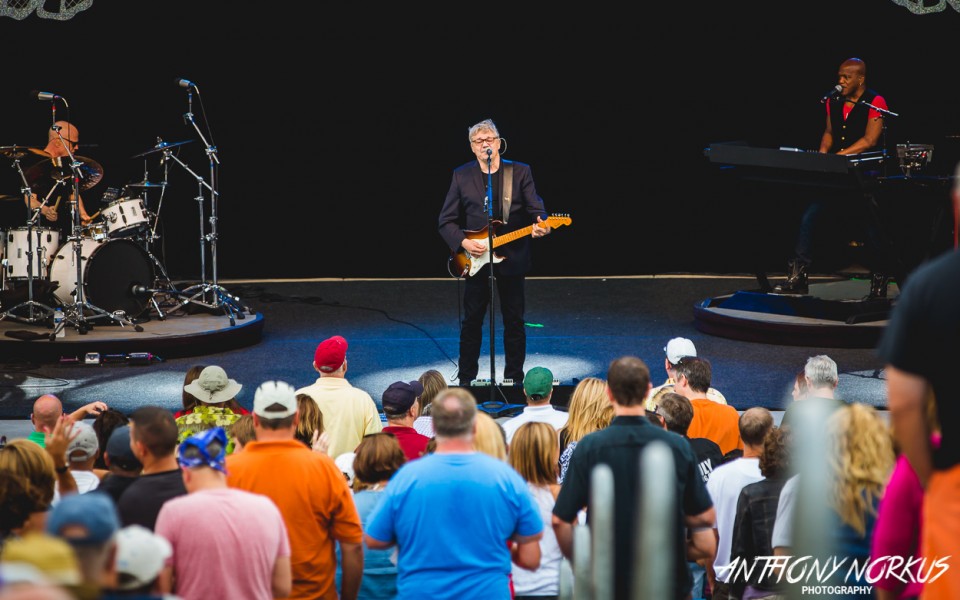 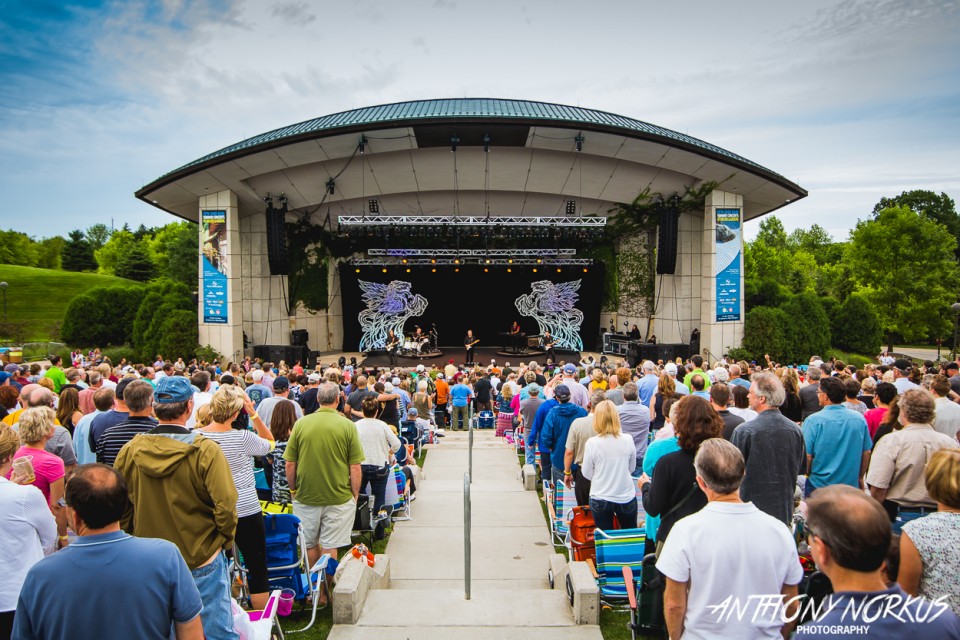 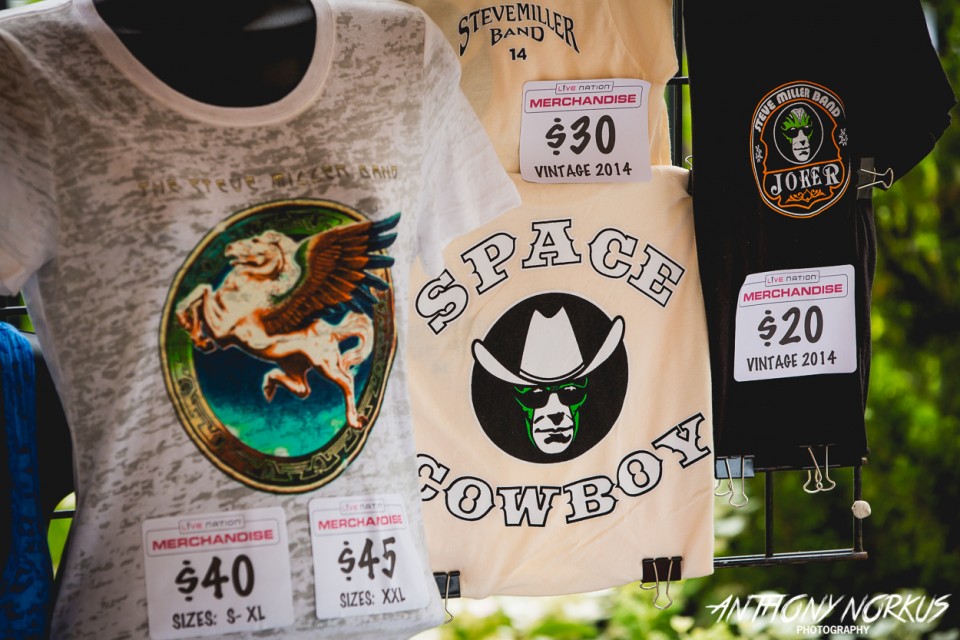 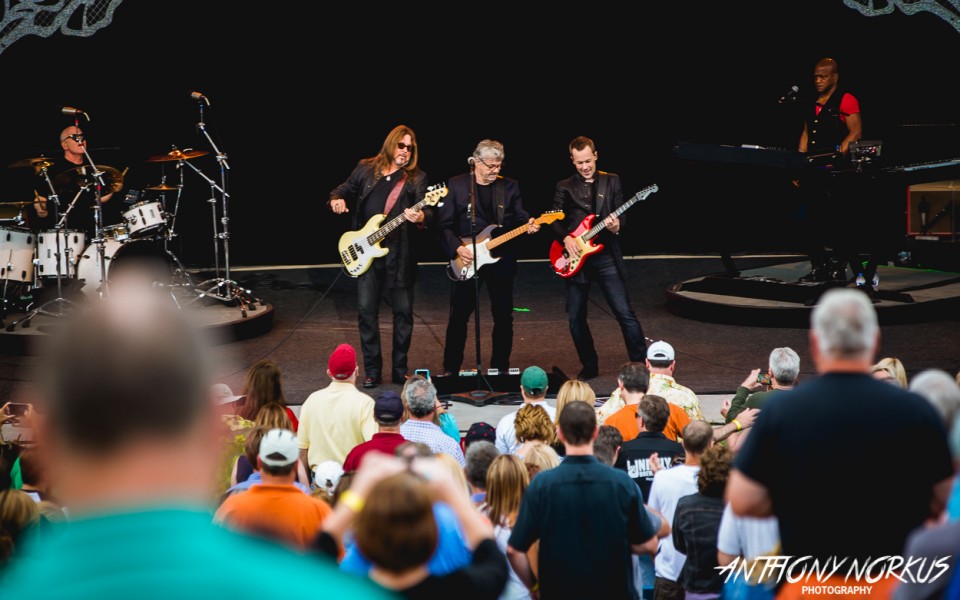 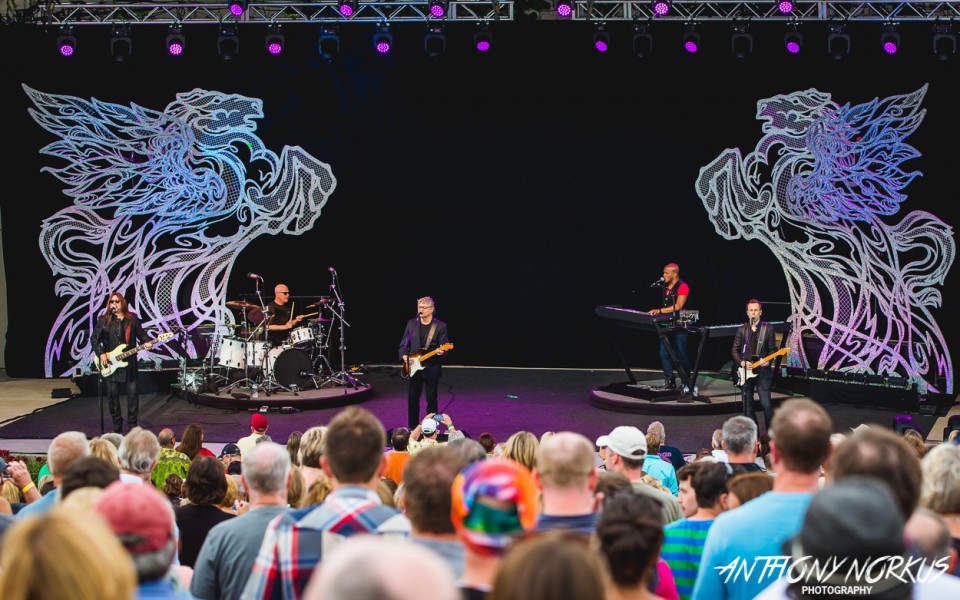 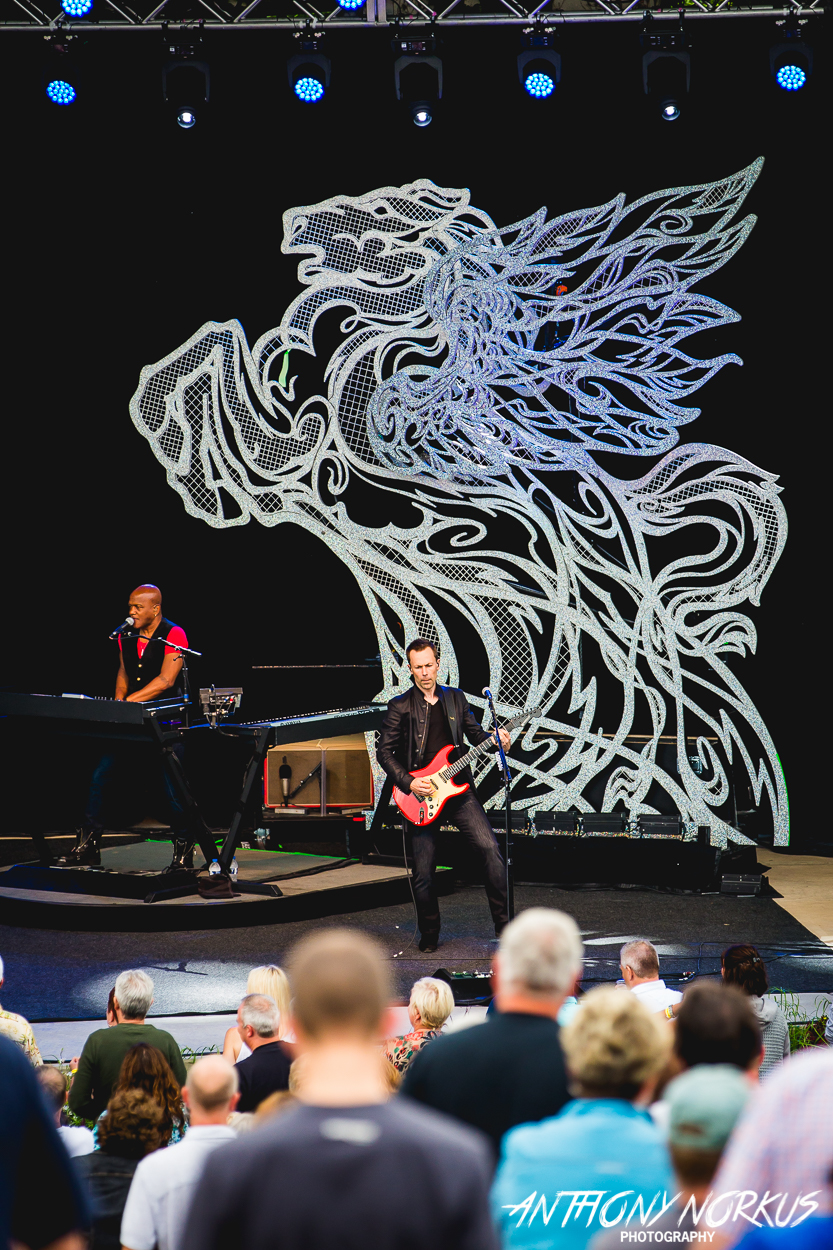 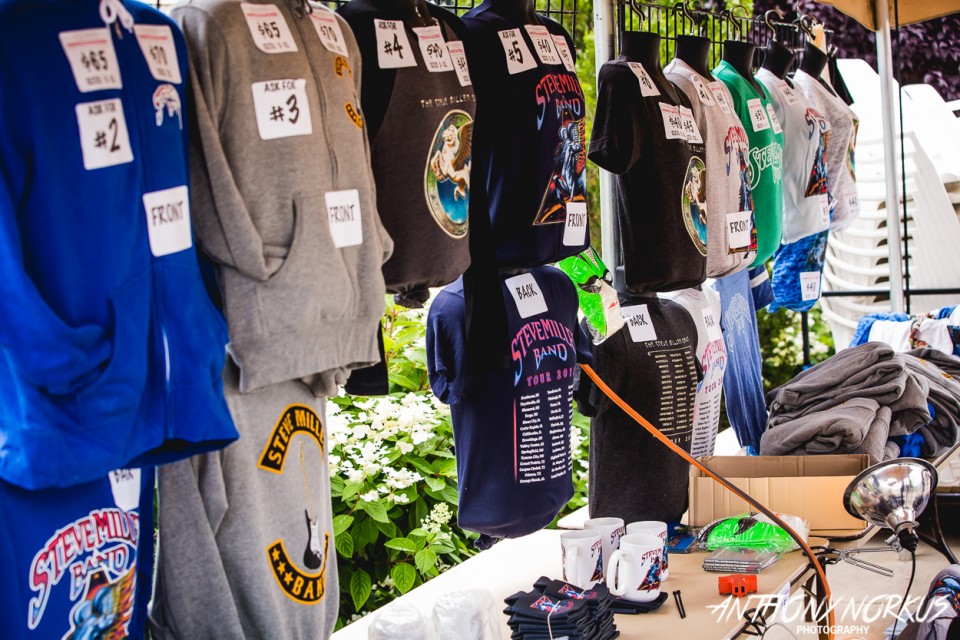 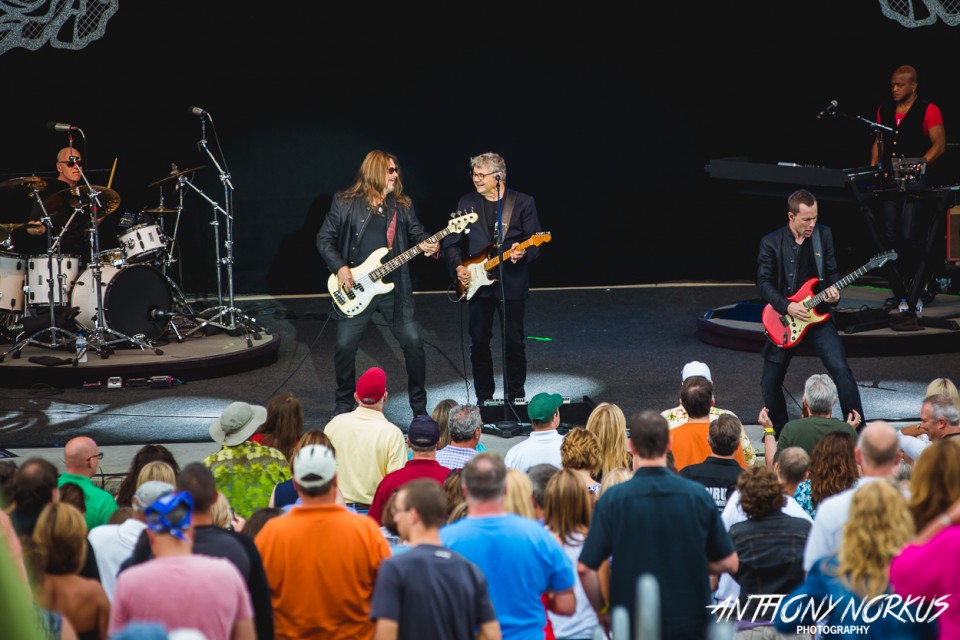 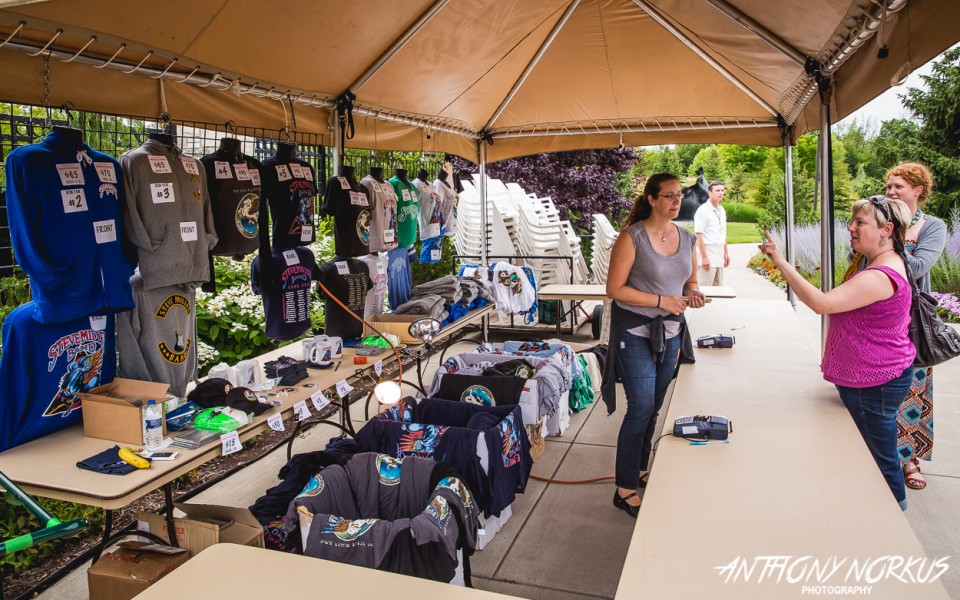 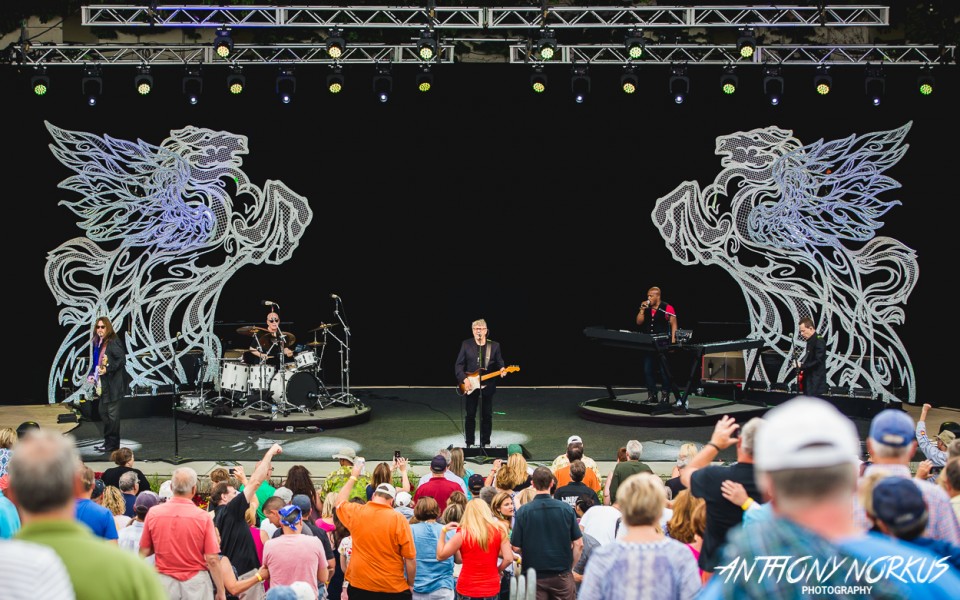 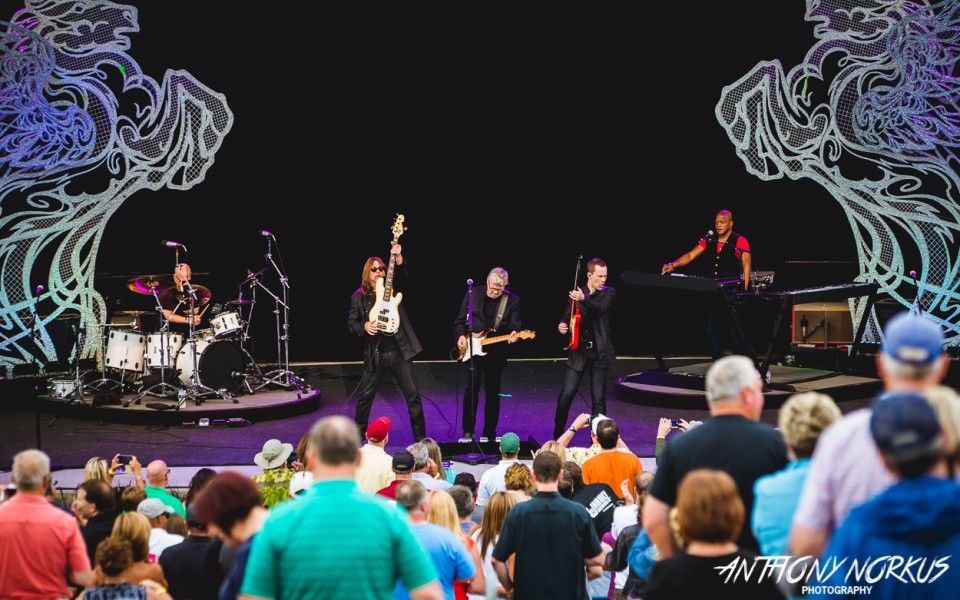 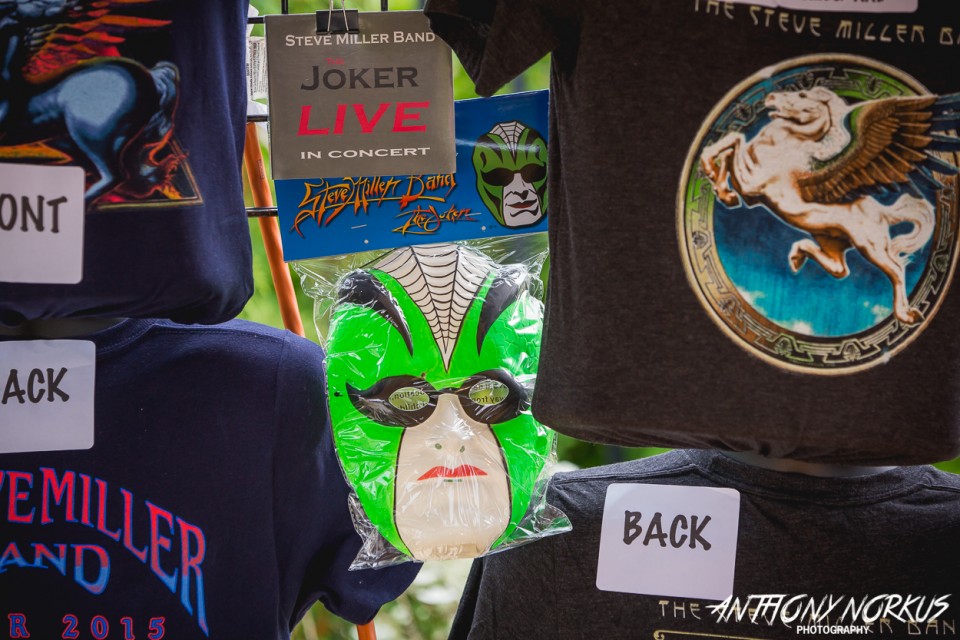 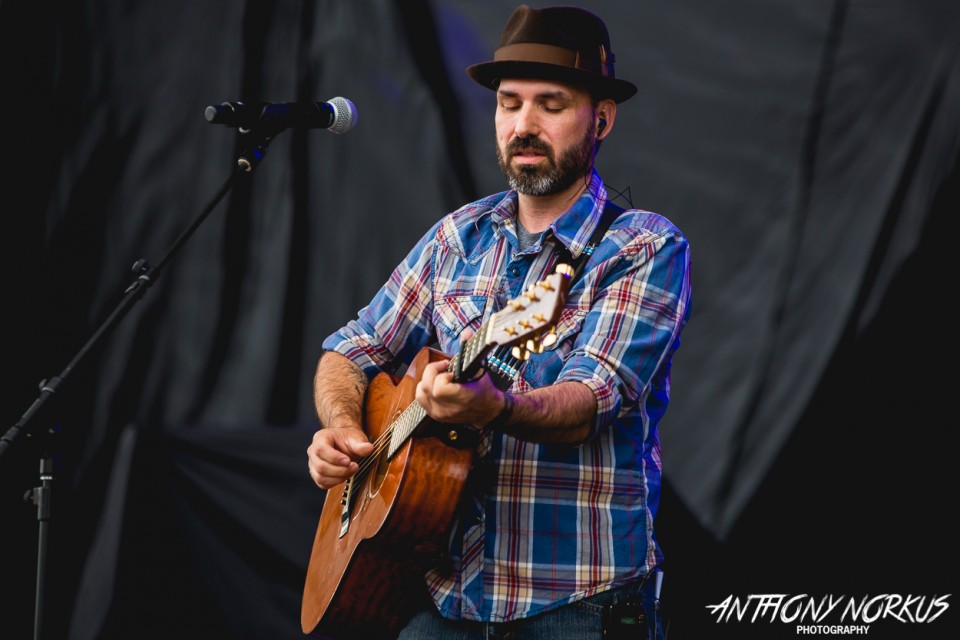 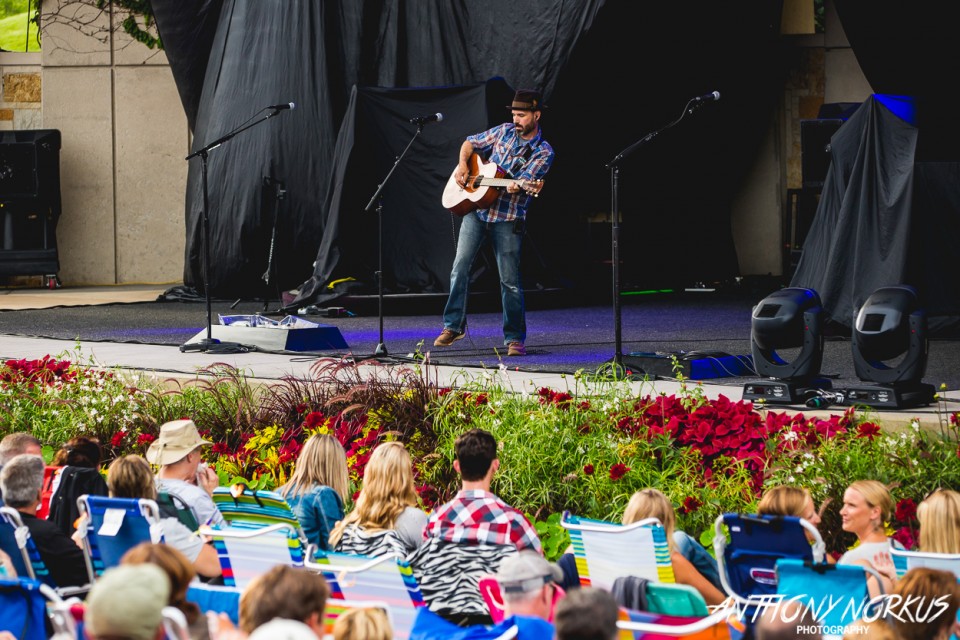 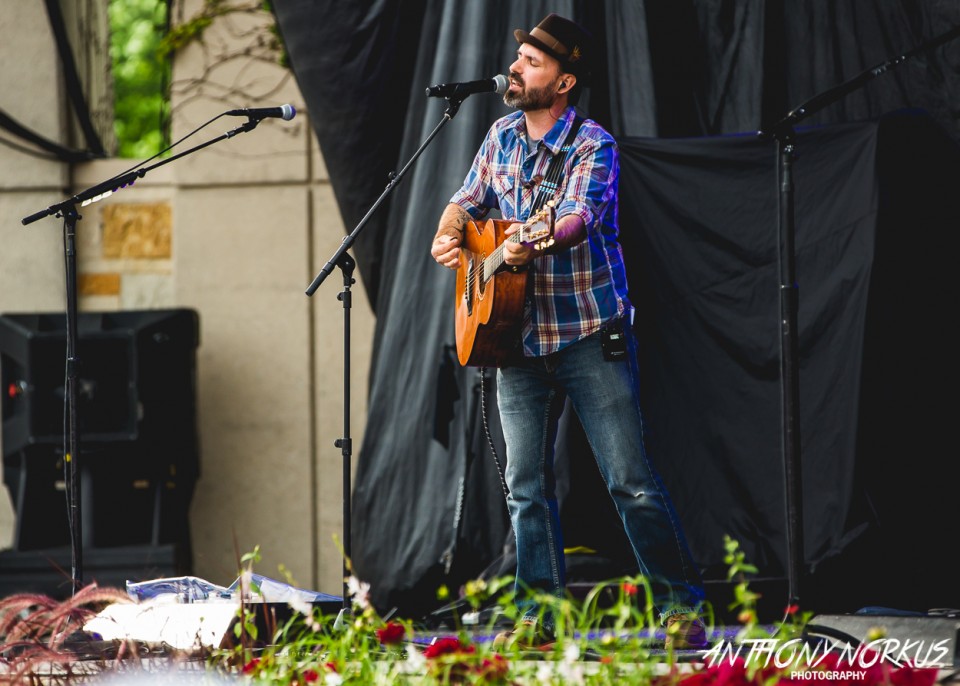 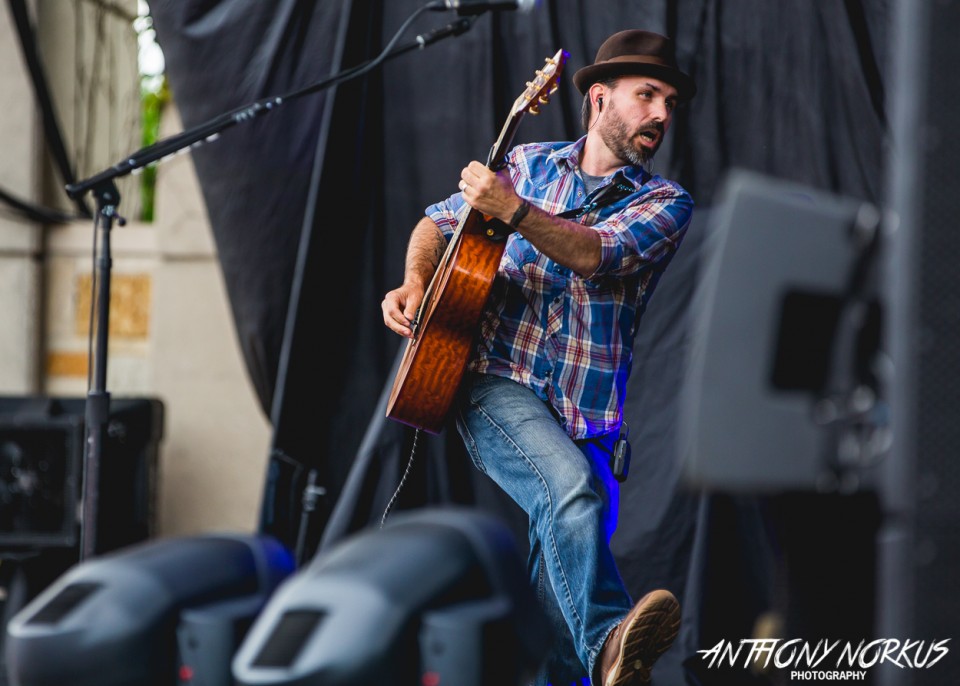 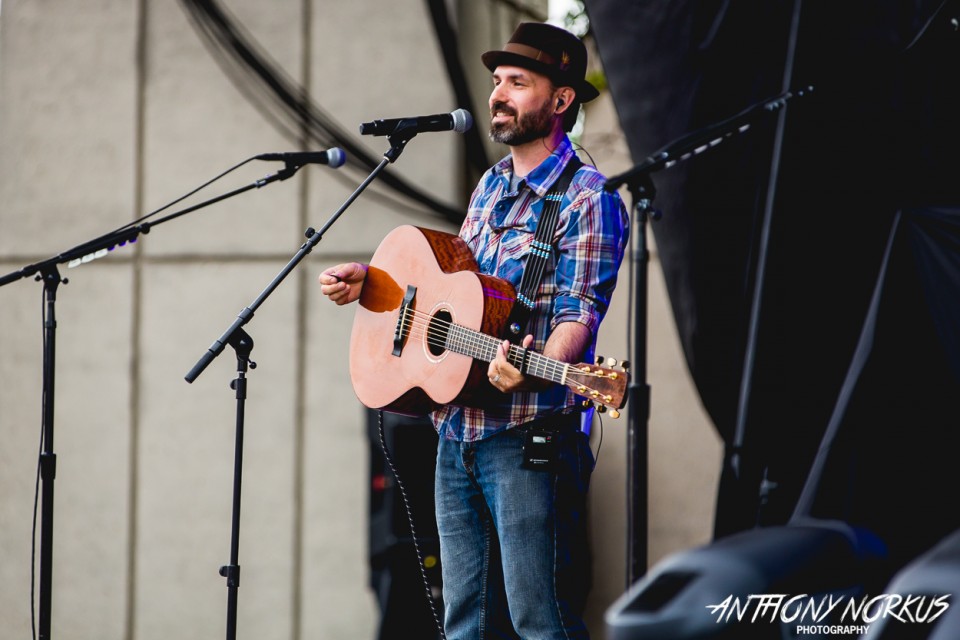 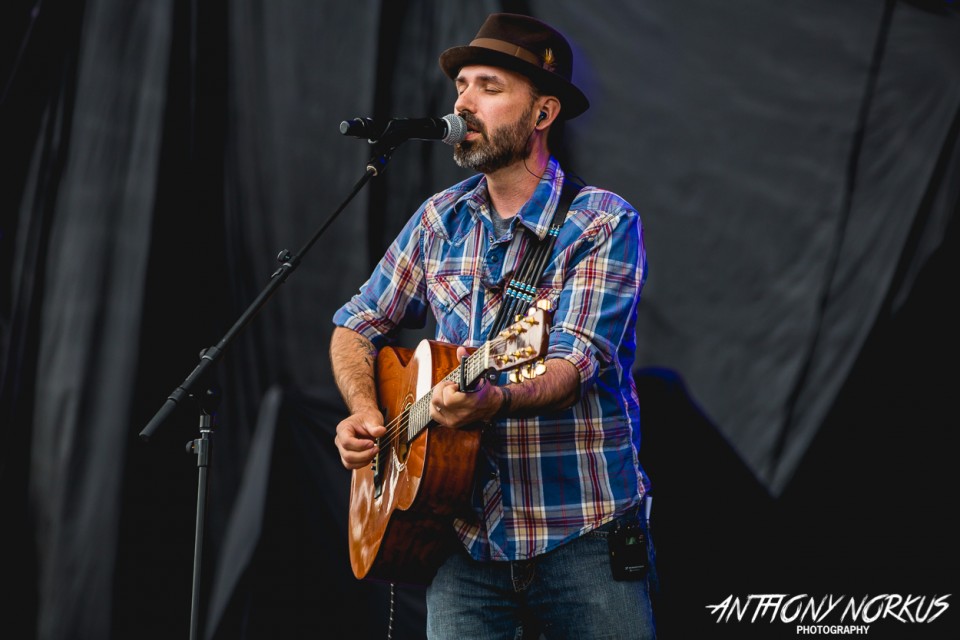 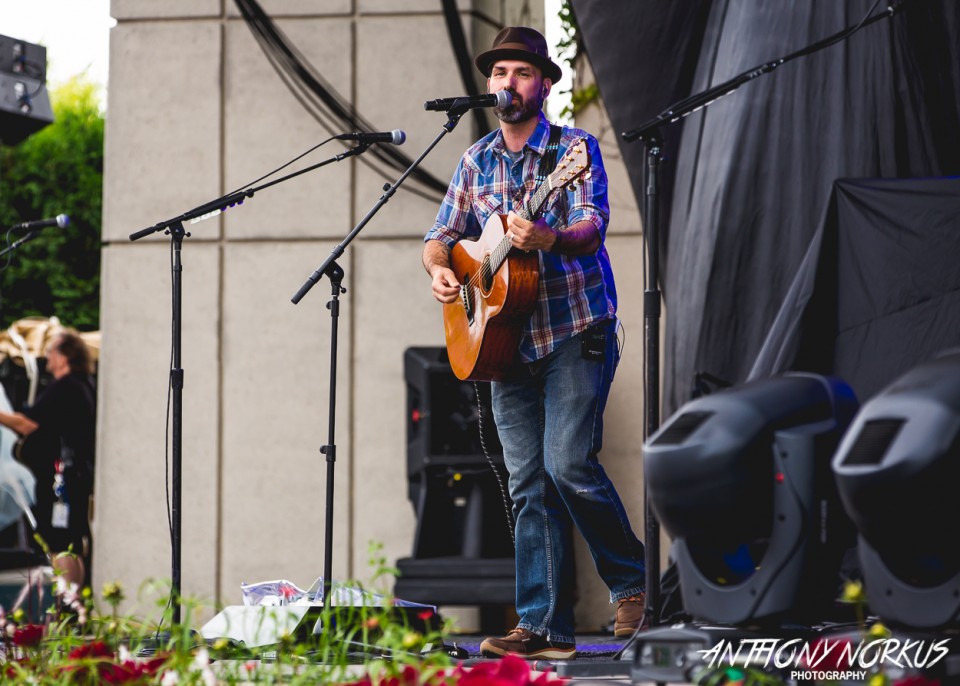