The beloved band featuring Joshua Davis and Dominic John Davis revved up enthused sold-out crowds in the first two nights at the legendary Green Door with several more shows across the state still to come this week. Read the review, browse the photos, videos. 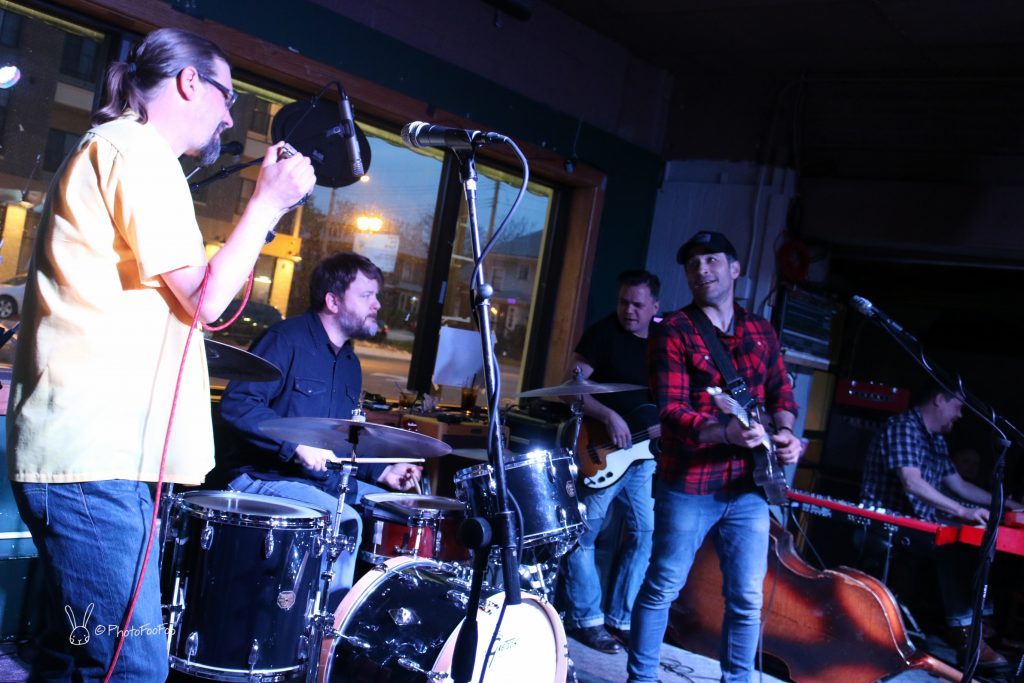 Reviving the Power of Steppin’ In It: The band on stage at The Green Door. (Photo/Jon Rosenberger/PhotoFooFoo)

THE BAND: Steppin’ In It
THE MUSIC: Americana, roots, Zydeco
WHERE YOU CAN SEE THE BAND: Wednesday and Thursday night (May 16-17) at The Green Door in Lansing, Friday night (May 18) at the Elk Rapids Town Hall, Saturday night (May 19) at Bell’s Brewery in Kalamazoo and Sunday night (May 20) at The Ark in Ann Arbor. Tickets start at $25 for all available shows.

SCROLL DOWN FOR PHOTO GALLERY, VIDEOS

Steppin’ into Lansing’s Green Door Monday night was like steppin’ right into a time machine.

Legendary Lansing sextet, Steppin’ In It, which held down a decade-plus long residency on Monday nights at the iconic venue during its heyday, reunited and returned home this week for “A Week of Mondays” at the blues bar with its window-front stage barely big enough to hold the band’s six members, let alone their musical guests. 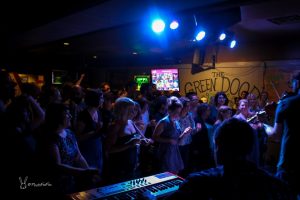 Standing Room Only: Fans have been packing The Green Door. (Photo/Jon Rosenberger/PhotoFooFoo)

“We are renaming the days legally in Lansing, the 15th, the 16th, the 17th of May, as Mondays,” frontman Joshua Davis told an enthusiastic, sold-out crowd on the first “real” Monday, many of whom lined up more than an hour before doors to get in and get a table despite the fact most people weren’t sitting at any point during the evening.

“We’ve still got three more Mondays to go, so ya’ll come back,” Davis added. “We’re going to be playing some new tunes, some different tunes, some old tunes and reaching back for some deep cuts.”

For the opening show, the band — which also features bassist Dominic Davis, “The Reverend” Mike Lynch on keys, drummer Geoff Lewis and the “Wilson Wingmen,” twins Joe and Andy on pedal steel and harmonica/accordion respectively — treated the crowd to old favorites such as “Goodbye Betsy Brown,” “Midnight Ghost,” “The Butcher’s Girl,” “Gold N Silver,” “Give my Regards to Miss Moline,” “The Ghost of Richard Manuel,” “Dustbowl Overtures” and many more over the course of the night. 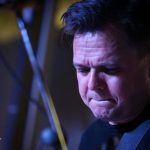 “I can’t say enough how weird it is to be here,” Davis exclaimed. “I’m so grateful to be able to share the stage with these guys again and to our community for showing up and getting down. I can’t believe we get to do it again all week long.”

While the two Davis boys have shared the stage quite a bit in recent years with each other as well as Lynch, having the whole band back together — and on a Monday at the Green Door no less — was something just a touch more than special.

Looks, laughs and smiles were exchanged all night long between band and audience members as Andy Wilson stole the spotlight time and time again with his jaw-dropping harmonica solos and his brother, Joe, showed serious soul with his chops. The Wilson boys also delivered ample doses of horns, pedal steel guitar work and more.

But as it always has been with this group, it was never about who was in the spotlight, but about creating a sound together and building community through music. And while that community includes the fans, family and friends who were in attendance, members of the musical community that Steppin’ In It has been at the forefront of curating over the past two decades throughout Michigan will no doubt be making cameos all week long.

‘NO WAY’ LONGTIME FANS WOULD EVEN CONSIDER MISSING THIS

Monday night witnessed “the newest member of Steppin’ In It, who joined up in ‘99”: fiddle player Jon Price, as well as vocal powerhouse Jen Sygit, and as promised, there will be many more guest appearances throughout the week.

For those in attendance, it was something not to miss indeed. Nostalgic for many, there were fans present who had been around since before day one, and others who came to the party late but had no plans of leaving once they got there. 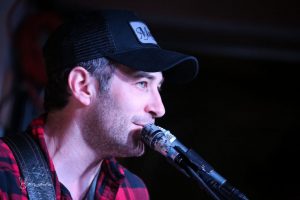 A Week of Monday: Joshua Davis on stage in Lansing. (Photo/Jon Rosenberger/PhotoFooFoo)

One of those “newer fans” Alex Adams, 28, drove down from Elk Rapids, where he first saw the band in ’07 at the same venue they play Friday. He estimated he caught 100 Mondays at the Green Door during his last two years he attended Michigan State University, mostly in 2010 and 2011.

“Above and beyond any band that has been on the scene here, this band has moved me more than any of them,” Adams said. “There was no way I was missing this. No way.”

Following tonight and Thursday’s gigs at the Green Door, Steppin in It will perform two shows Friday at the Elk Rapids Town Hall, take the stage Saturday night at Bell’s Brewery in Kalamazoo and cap their run Sunday at the Ark in Ann Arbor. With the exception of the late show in Elk Rapids, an extremely limited number of tickets are available for all shows starting at $25.

The band, which recently appeared at Short’s Anniversary Party without the services of Dominic Davis — who also plays bass for Jack White — will perform again together at Hoxeyville later this summer sans the bassist, who expects to be again on tour with White. 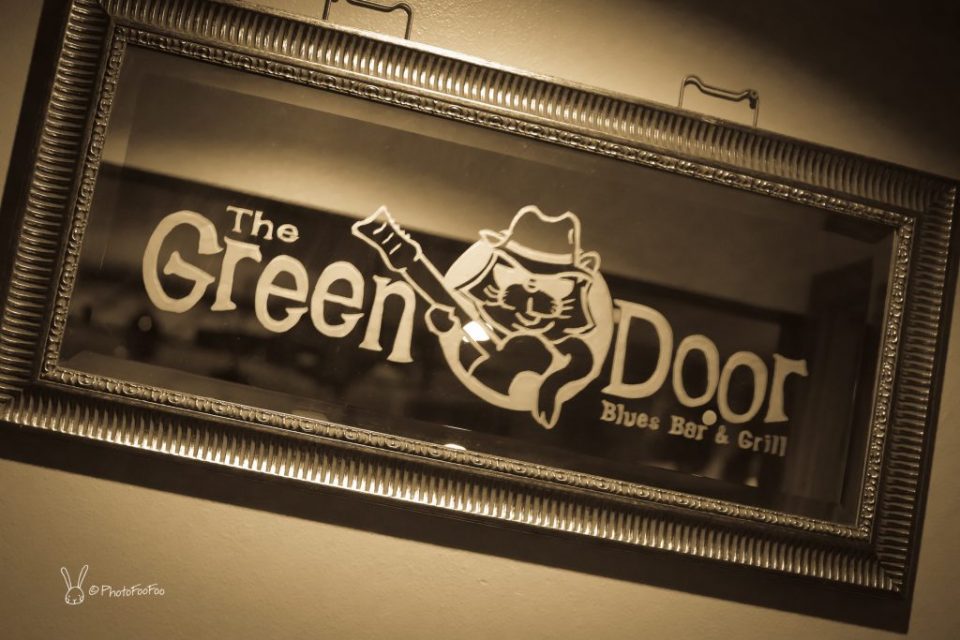 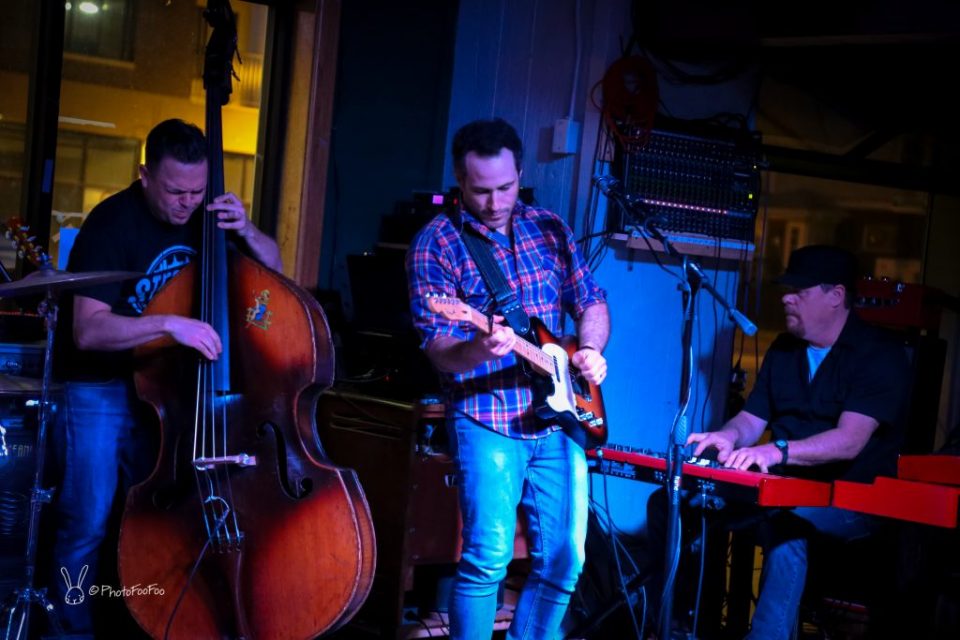 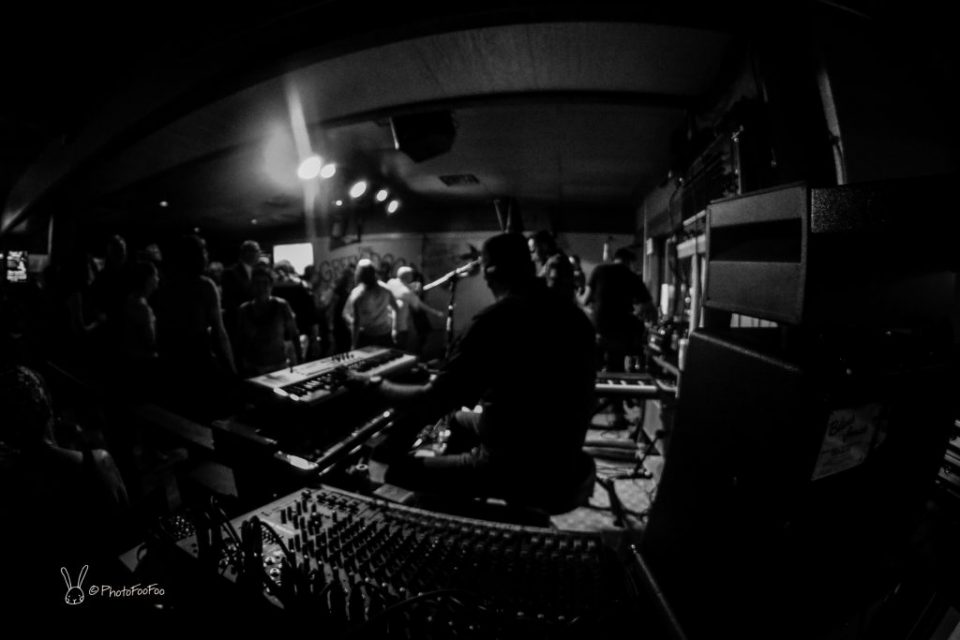 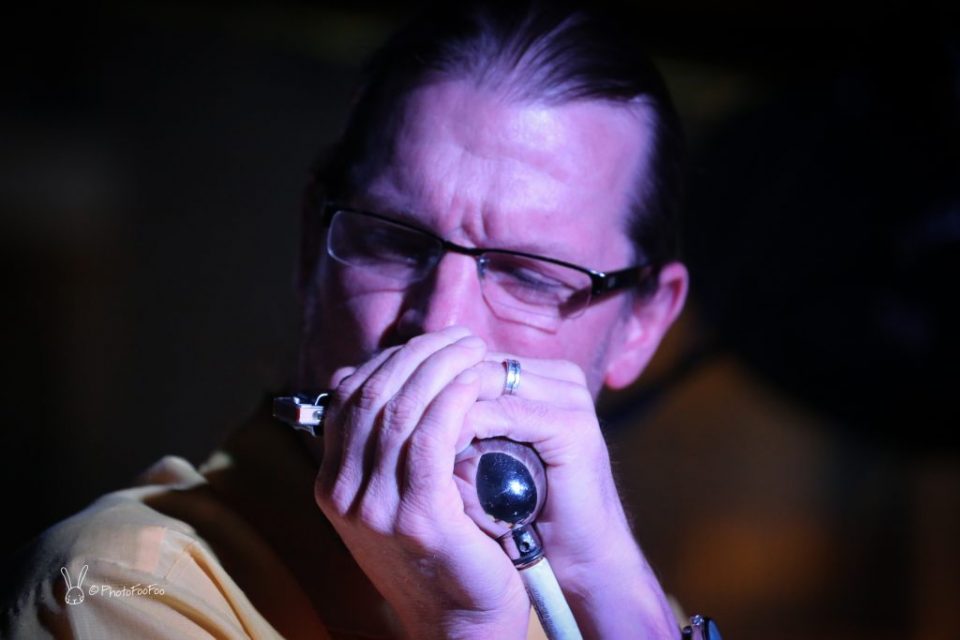 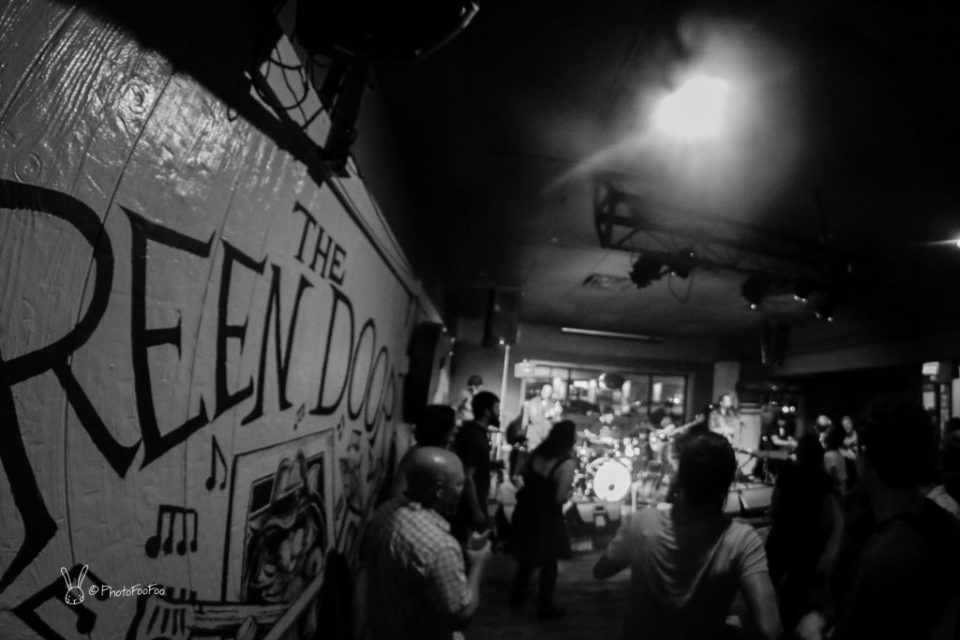 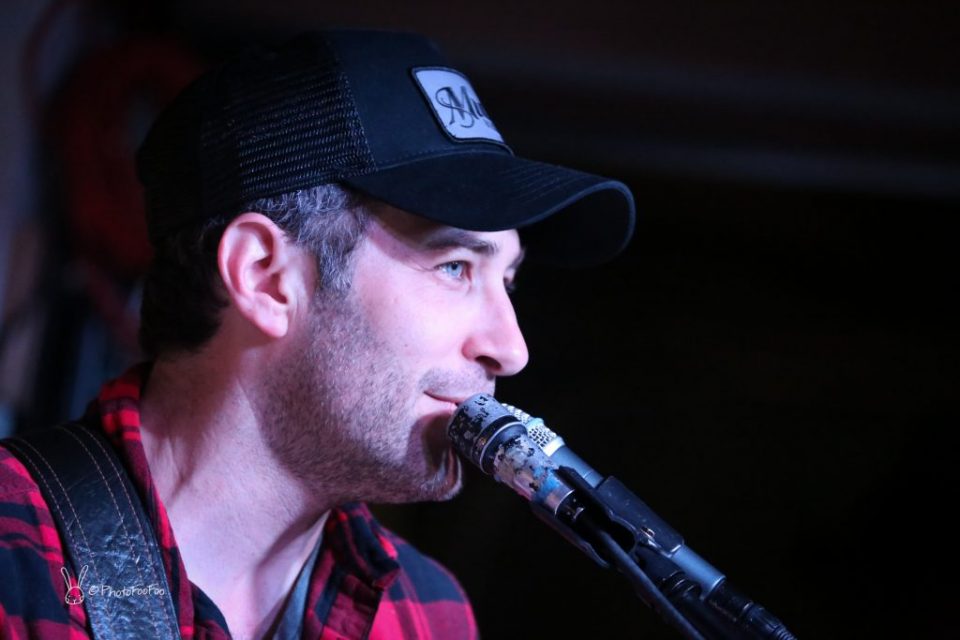 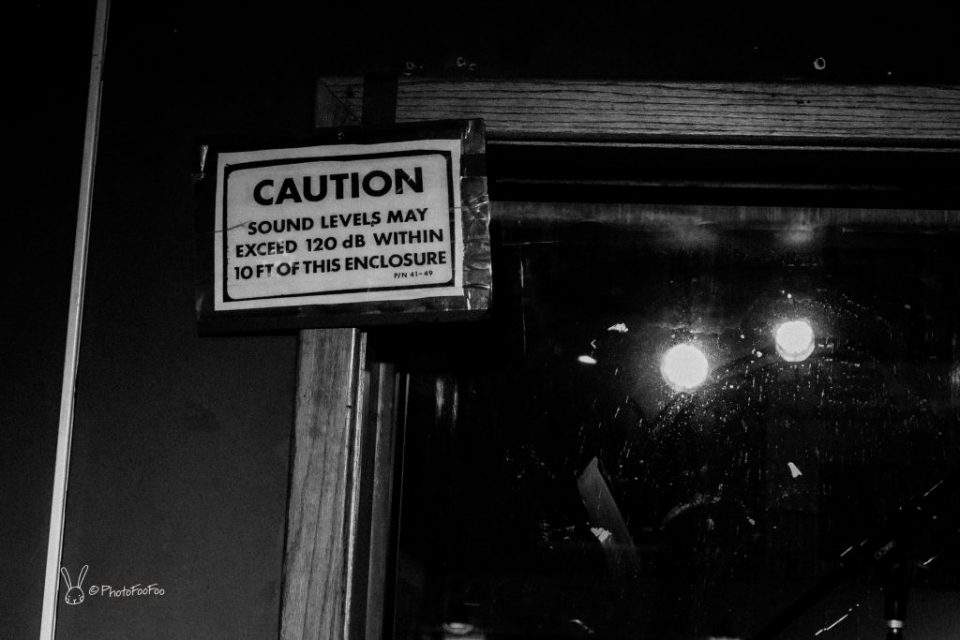 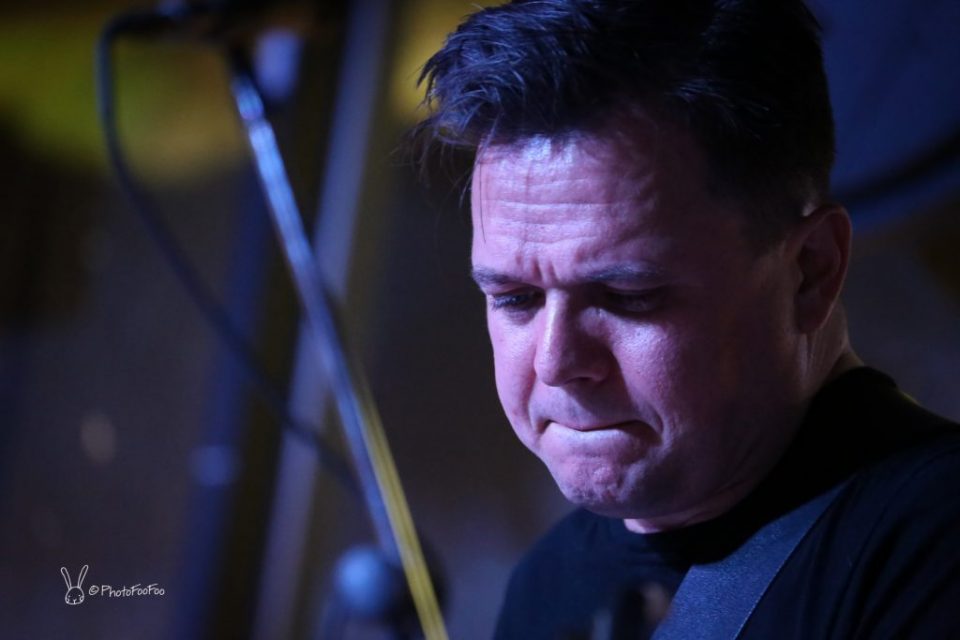 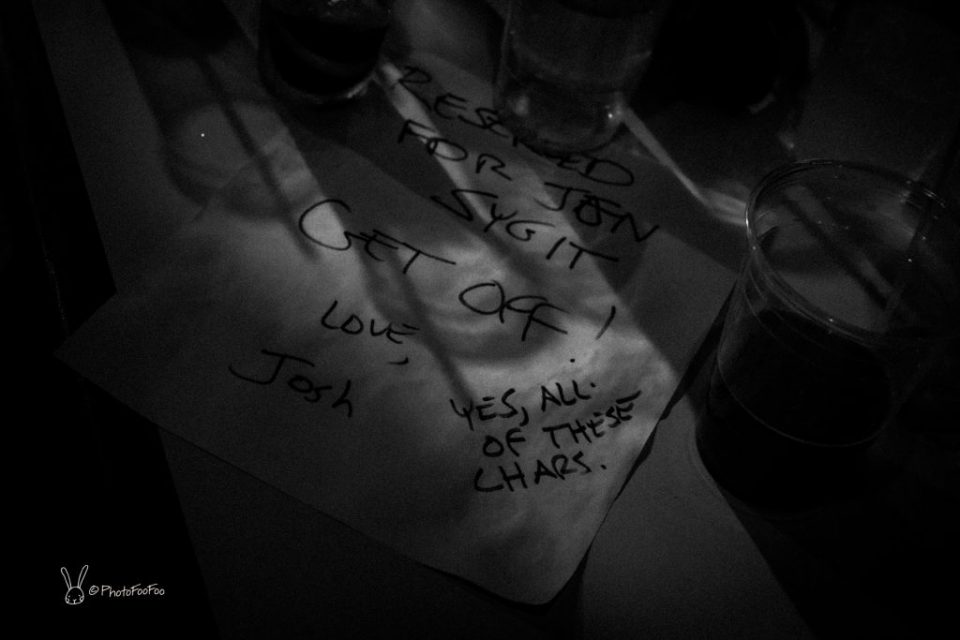 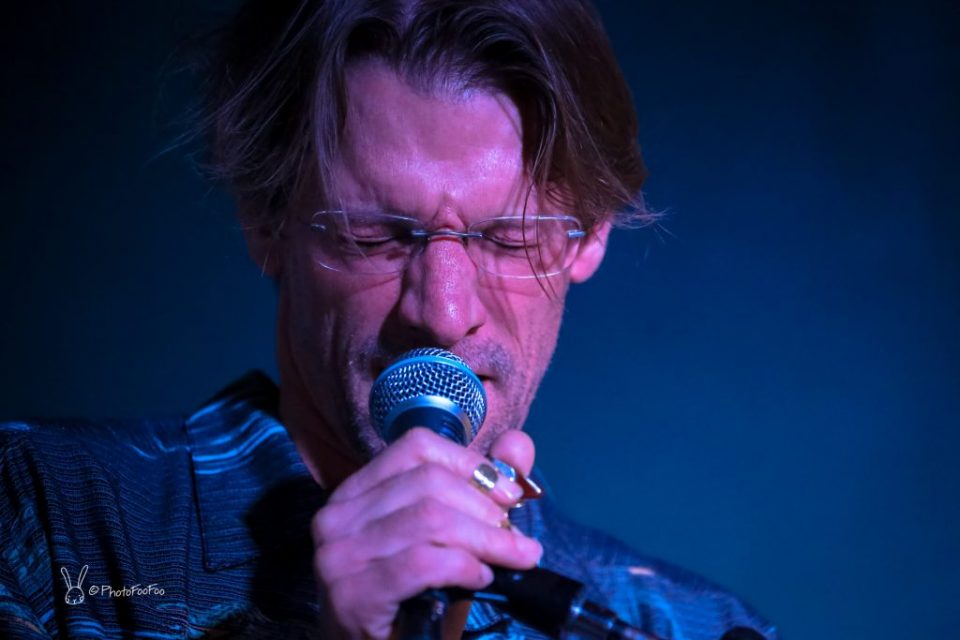 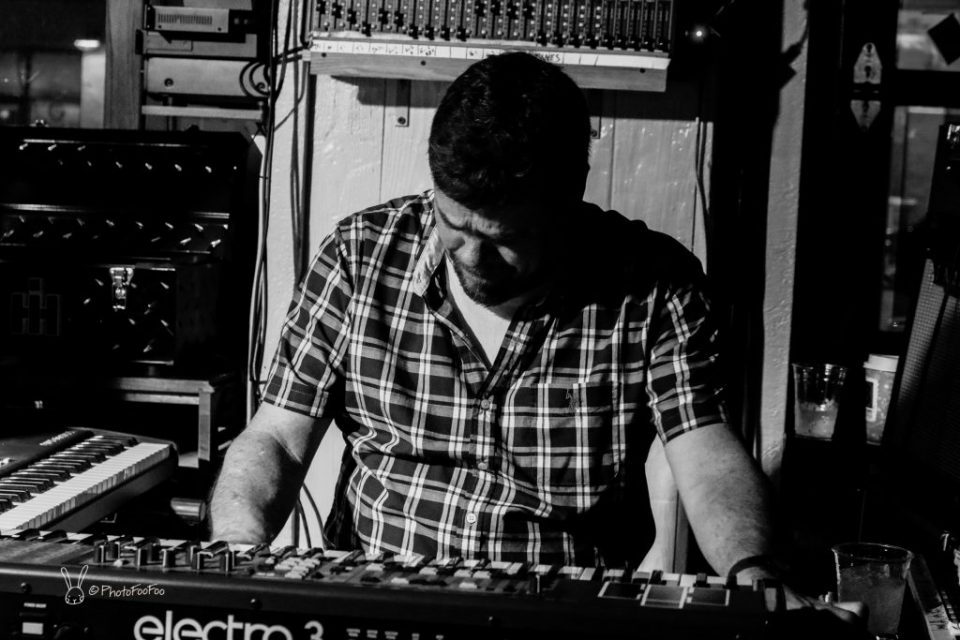 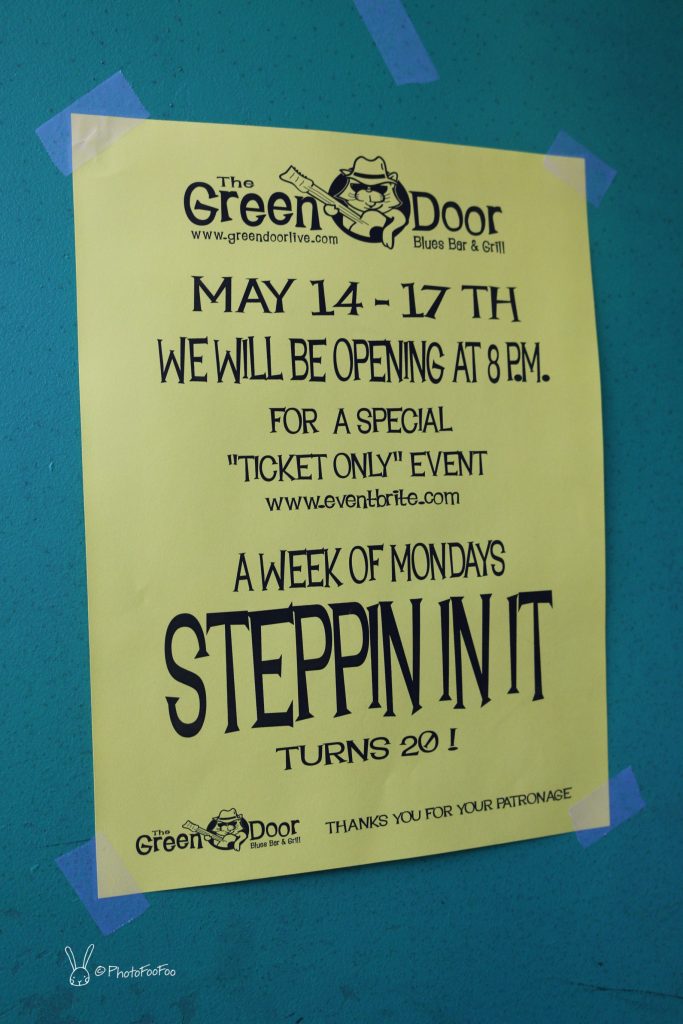 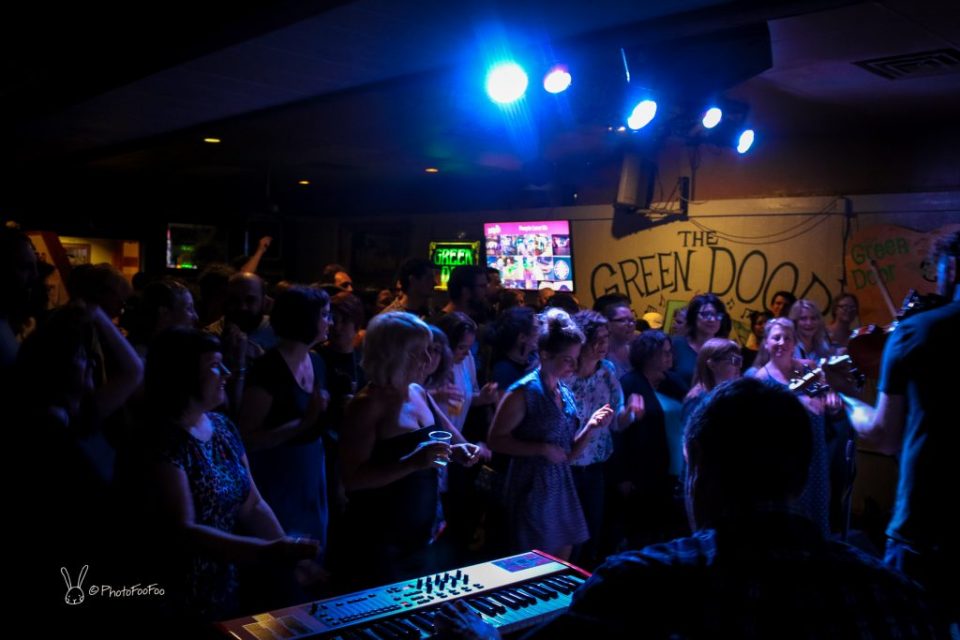 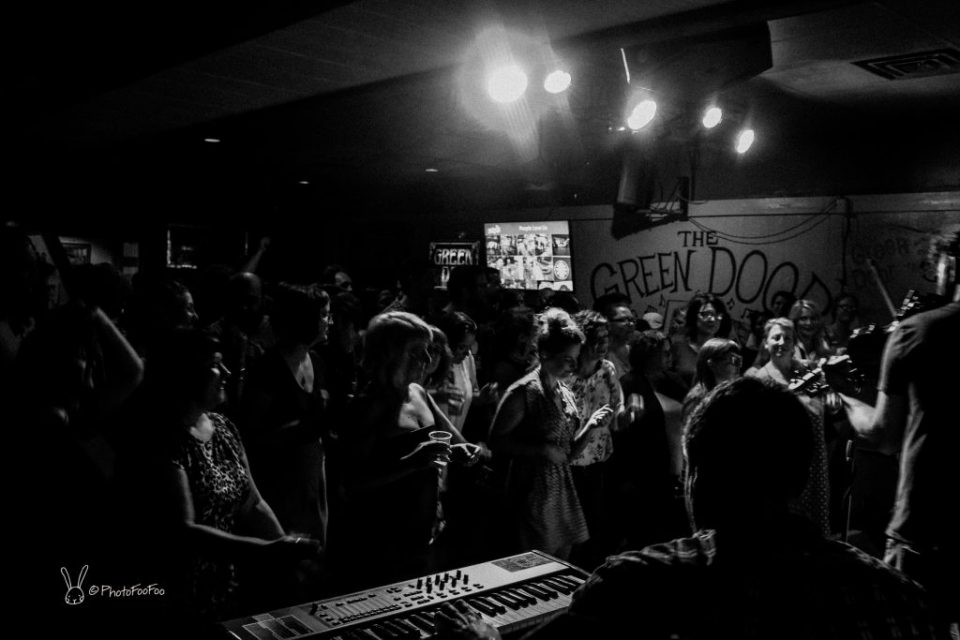 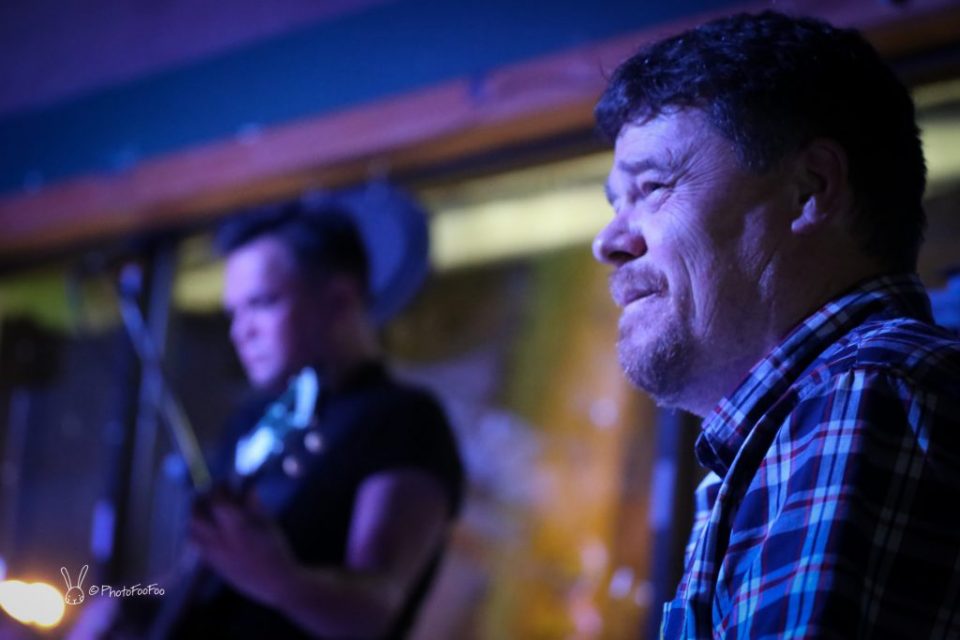 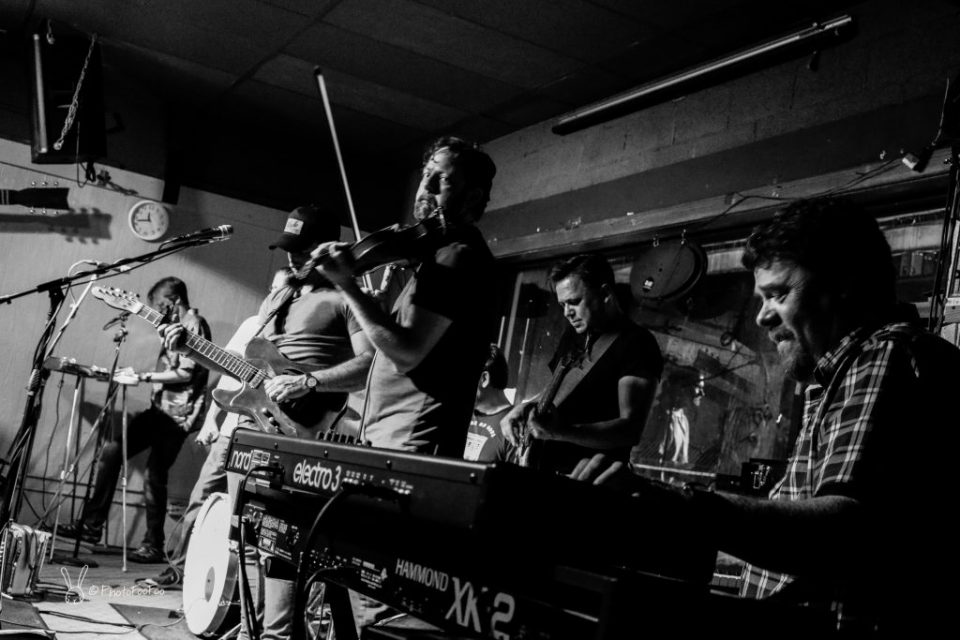 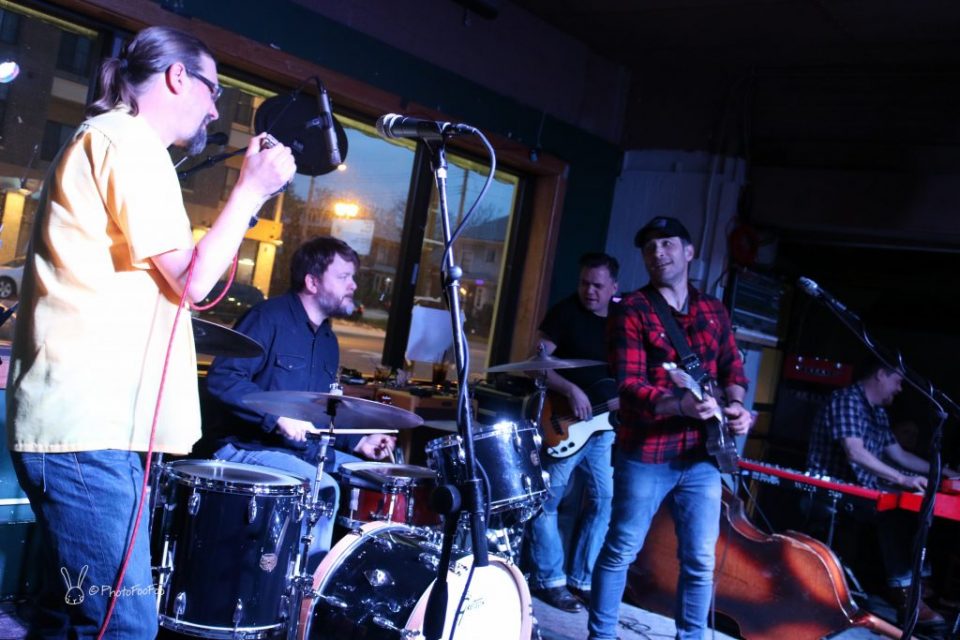 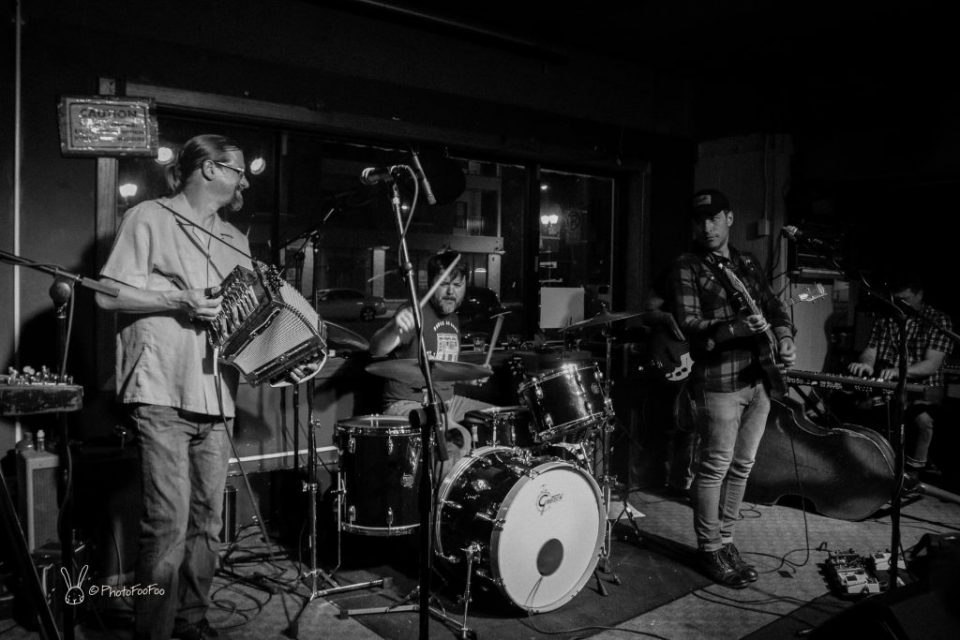 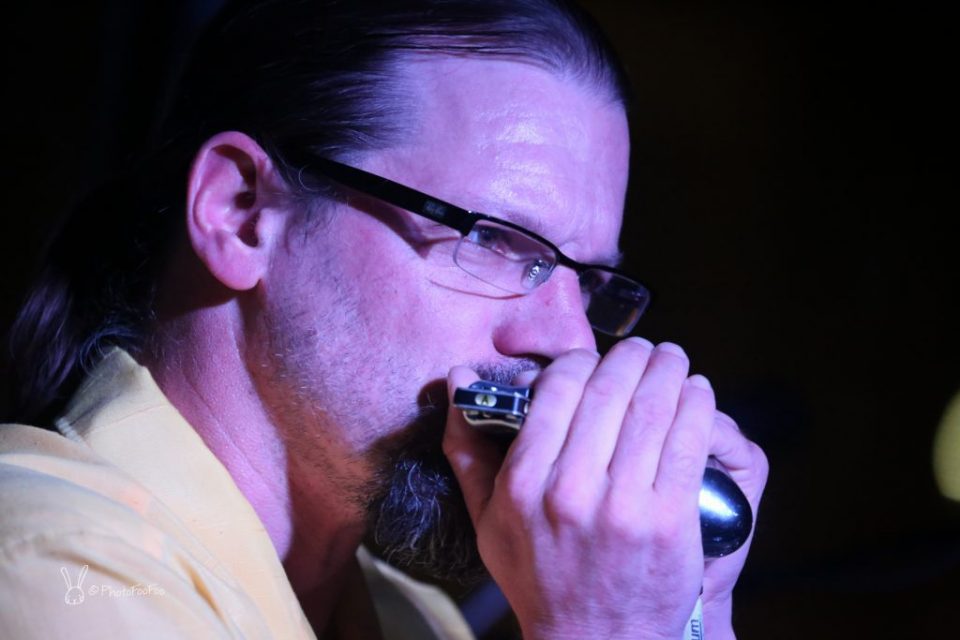 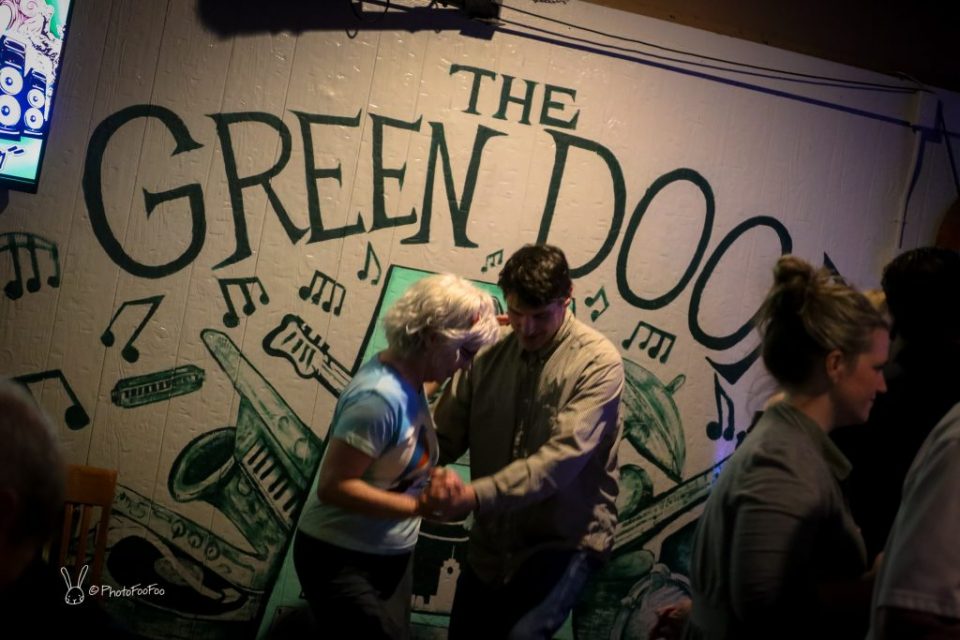 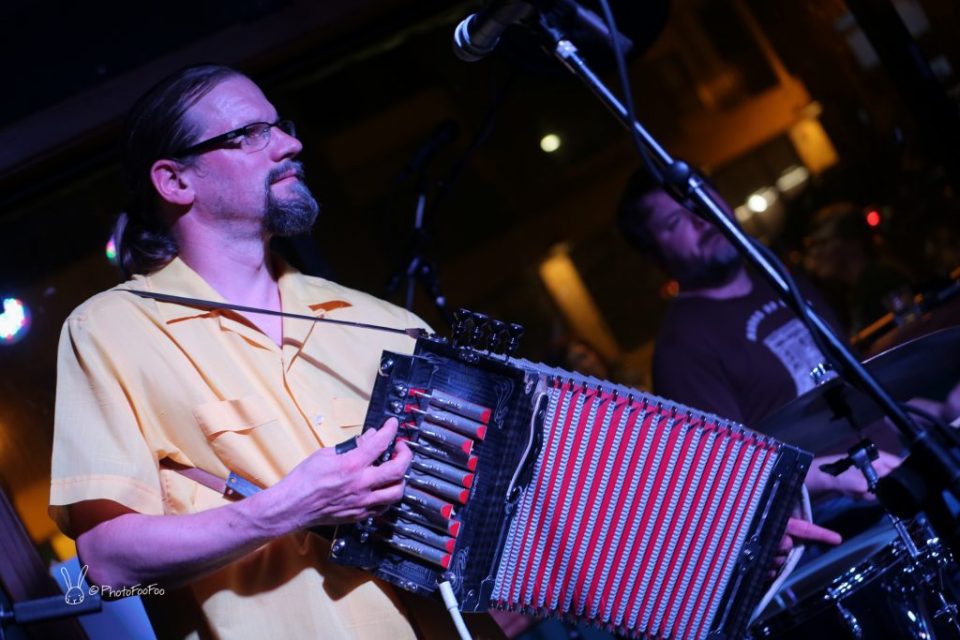 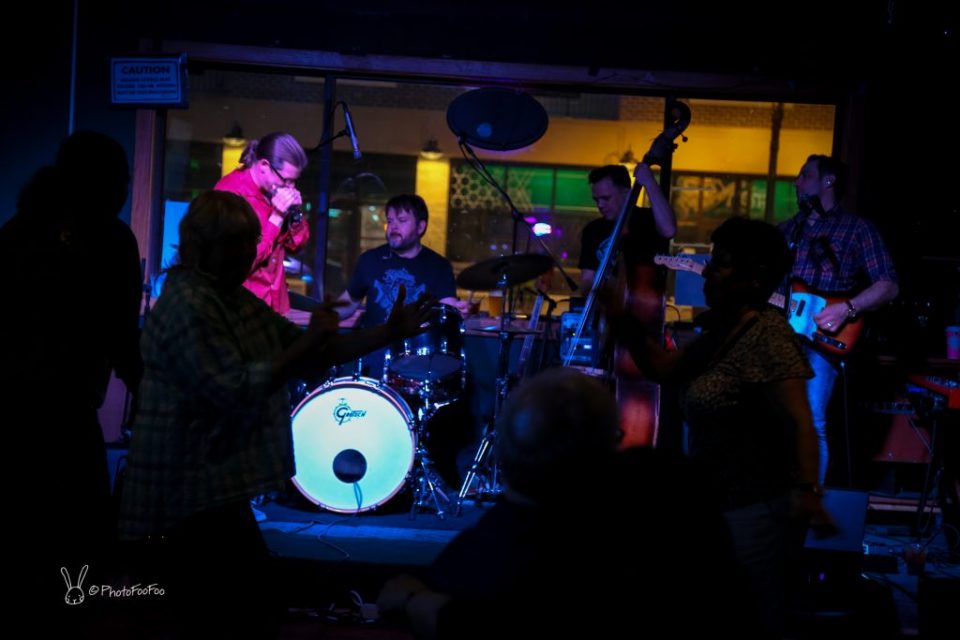 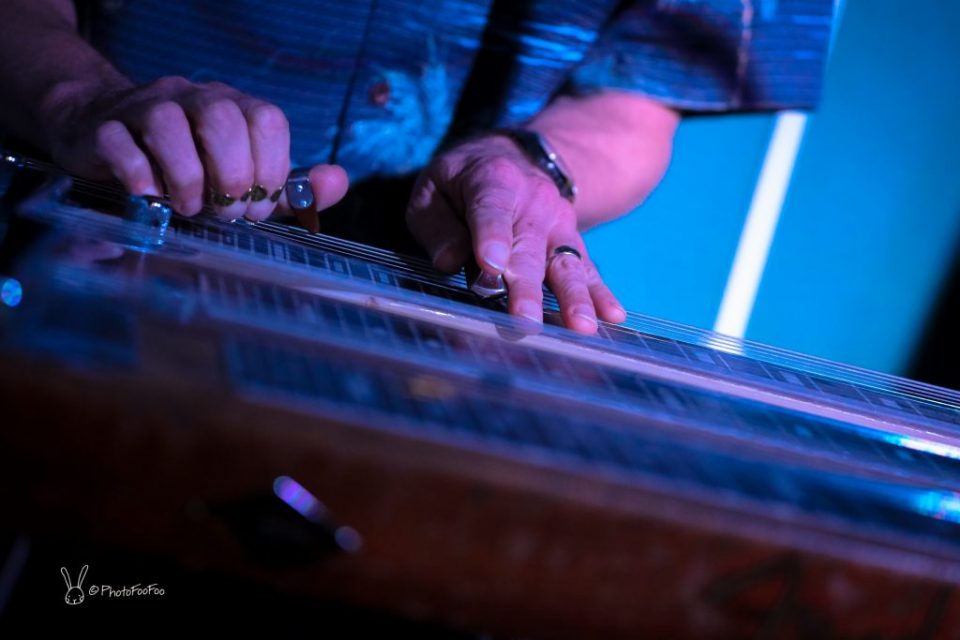 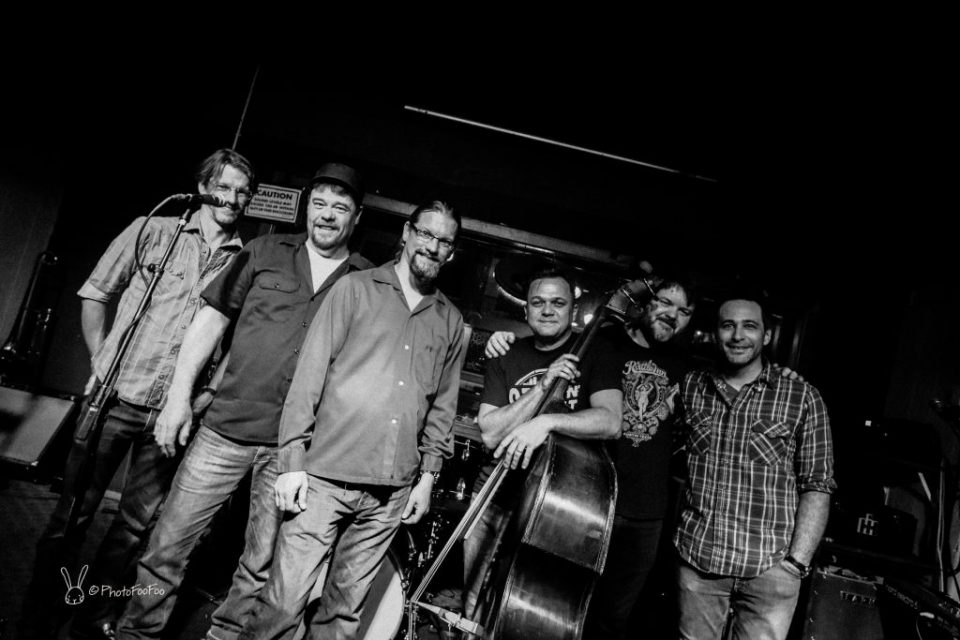 VIDEOS: Steppin’ In It at The Green Door (Monday, May 14)
Videos by Ryan Boldrey