The latest “Comeback Road” video focuses on The Pyramid Scheme, plus we update other outlets getting state grants and some places — including Grand Haven — where outdoor concerts are planned. 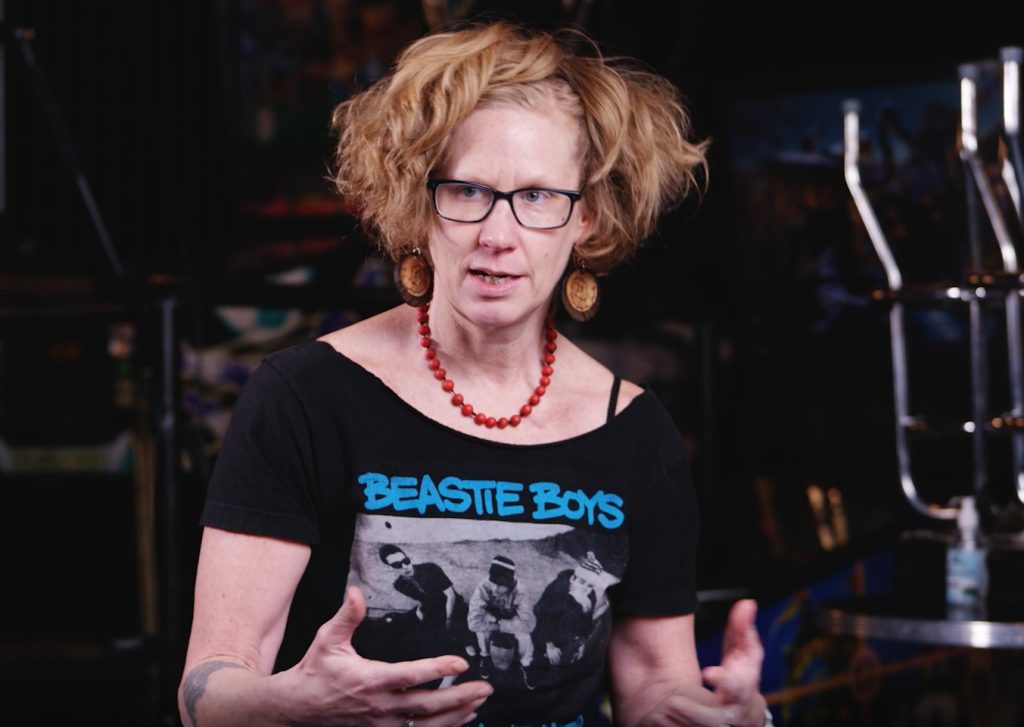 After a year of silence and devastating financial losses due to the COVID pandemic, Michigan’s music venues and arts organizations see a glimmer of hope for 2021 with distribution of state grants and accelerated rollout of vaccines.

More than $3.4 million in aid to live music and entertainment venues shuttered by the coronavirus is being distributed this month to 101 businesses and organizations in 30 Michigan counties.

As part of the state’s COVID relief bill passed in December, venues will receive up to $40,000 in assistance, with the Michigan Stages Survival Grants averaging $33,000 each.

“Miraculously, we won. It was an amazing win,” Tami Vandenerg, co-owner of Grand Rapids’ The Pyramid Scheme, said of the state aid package pushed by the Michigan Independent Venue and Promoter Association, which also was involved in grant selection. 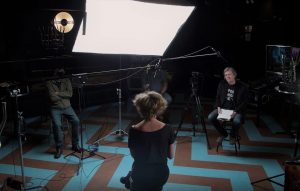 Hoping for Live Music in the Fall or Even Late Summer: VandenBerg during her video interview inside The Pyramid Scheme.

The $40,000 state grant to The Pyramid Scheme will help pay for staffing, rent, utilities and re-opening expenses, with hopes the venue might actually start booking shows by late summer or fall depending on the vaccination rollout and capacity restrictions.

But this funding only allows the venue to “go into less debt,” she stressed.

It’s the holdup in distribution of $15 billion in federal aid to venues, movie theaters and cultural institutions that’s her “greatest frustration.” The federal aid “could be beyond a lifeline for venues” and “could change everything,” she insisted.

“There is no timeline” for receiving that federal assistance, she said. “It’s just heart-wrenching watching more and more venues closed for good. The music-loving public should be outraged. This is a beyond-urgent situation.”

VandenBerg is the focus of the latest video in the “Destination Live Music: Comeback Road” series spotlighting the plight of West Michigan music venues amid the coronavirus pandemic, produced by filmmakers David Darling, Michael Whitenack and Kari Cohen in partnership with Local Spins. Watch the full interview and update with Local Spins publisher John Sinkevics here.

Hope for the future also extends to outdoor shows this summer. The head of international concert promoter Live Nation recently predicted that major outdoor amphitheater shows could resume by mid-summer as more people get vaccinated.

While some music festivals will take a second summer off, others plan to proceed. See the full list, with updates, in the Michigan Music Festivals 2021 Guide.

In Grand Haven and Spring Lake, music fans can expect some new outdoor concert opportunities in 2021.

Spring Lake’s Seven Steps Up, an intimate listening room, will use an earlier grant to purchase a stage it can use for “pop-up concerts” on Sundays outside the venue “when the weather is nice,” said Michelle Hanks, co-owner of Seven Steps Up. 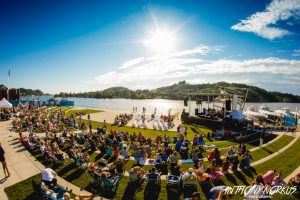 The partnership between Courtyard Concerts, Seven Steps Up and Third Coast Recording Co. will host free concerts featuring national touring artists as well as local and regional solo acts and duos, running from June 18 through Sept. 3.

The series will be underwritten through grants and sponsorships, with the shows following all applicable COVID guidelines, Hanks said. A lineup will be announced in coming weeks. (The stadium hosted a couple of ticketed events with major touring artists in 2019, but due to COVID, those “Summer Sessions” won’t return until 2022.)

“So, I do think we will have music this summer – mostly outdoors, but some sporadic shows at Seven Steps Up,” she said. “We are super-excited.”

Seven Steps Up plans to use its $9,000 state grant to cover three months’ rent, but stressed that more help is needed from the federal government to survive.

“This grant will help us limp along,” she said, noting Seven Steps Up also premieres an “Empty Spaces” mini-documentary as a fundraiser on April 2. “We need money, but we are literally betting our future on the federal grant.”

In northern Michigan, the Blissfest Music Organization in Harbor Springs and the Great Lakes Center for the Arts in Bay Harbor each will receive $40,000 in state aid.

The Great Lakes Center for the Arts operated at 25-percent capacity for its events last summer, so the state funding “is vital to the Center’s programming and events by helping to ensure the continuation of exceptional events and impactful educational experiences for all in northern Michigan,” said Alexandra Myers, marketing director.

“Like most in the arts industry, the Center has certainly experienced financial hardships due to reduced capacities and a lighter event schedule. The Center’s 2020 earned income was just 20 percent of the year prior.”

She said many of last year’s concerts and events were postponed to this summer and fall, with the full event schedule being announced on May 7.

Executive Director Cindy McSurely noted that Blissfest is the organization’s “largest activity and the primary income stream” and a final decision about moving forward with the 2021 festival hasn’t yet been made.

“It has been a challenge,” conceded McSurely, noting the organization has moved to online programming in lieu of in-person events and has received additional financial support from the Michigan Council for the Arts & Cultural Affairs and the National Endowment for the Arts.

“We are also looking to present live indoor, in-person shows this fall,” she said. “It feels like there is hope on the horizon.”