The English singer had one exuberant fan “over-excited” from the get-go at Meijer Gardens on Friday, with the entire sold-out crowd embracing his set. Grand Rapids’ Karisa Wilson opened the show. 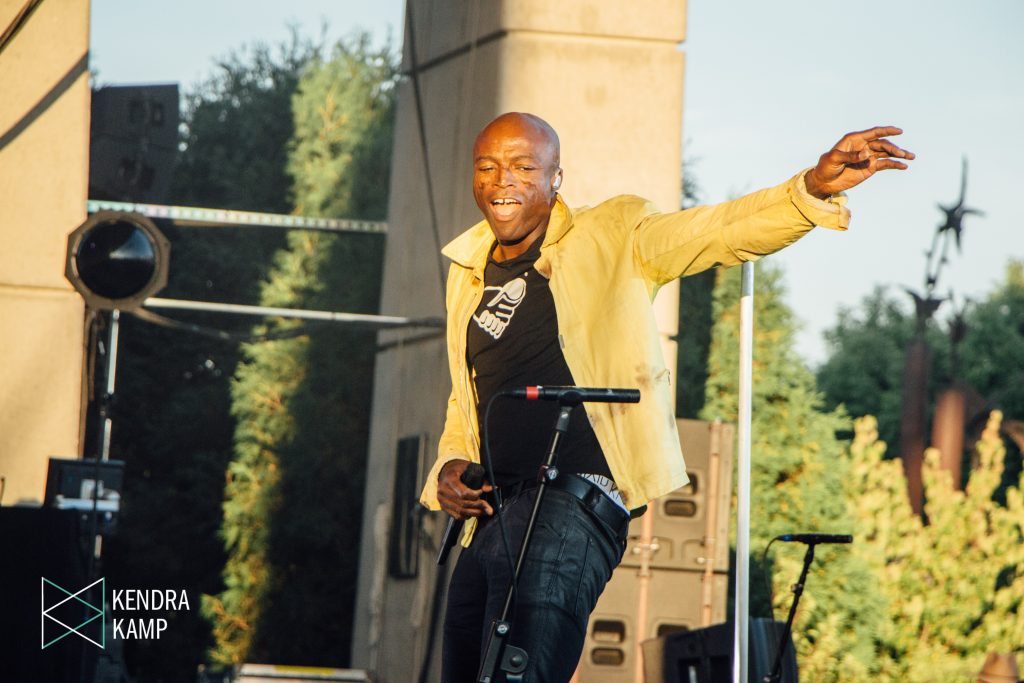 It was a night of swooning fandom in a sold-out amphitheater, courtesy of a soulful English singer-songwriter. 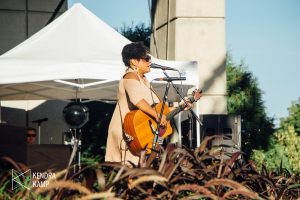 Once he graced the stage, the restless crowd of concertgoers – who had waited about 30 minutes in between sets – stood up in a frenzy as the Grammy Award-winning singer began the first words of “Crazy,” his debut single from 1990.

Collar popped and slick as ever, Seal’s dancing and natural capacity for serenading an entire crowd immediately proved to be borderline dangerous: One audience member needed medical attention for being “over-excited.”

“I’ll concentrate on the singing instead of the hip gyrating,” Seal promised the woman, who turned out to be OK. “Instead of going straight to 11, we’ll gradually turn it up.”

‘KISS FROM A ROSE’ AND MUCH MORE

Seal, 53, and his two-man band wound their way through a two-hour collection of the R&B/soul singer-songwriter’s best work. The iconic No. 1 hit “Kiss from a Rose” — along with “Prayer for the Dying,” “Love’s Divine,” “The Right Life” and even a bonus cover of “Sara Smile” by Hall & Oates — were all part of the set, as well as six songs from his latest album, “7.”

When Seal wasn’t hopping around the stage and wooing the crowd with his divine vocals, he was wooing them on acoustic guitar. 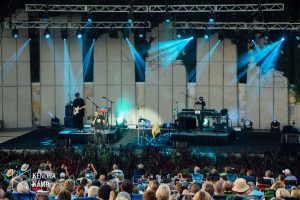 Under the Lights: It was another capacity crowd at the amphitheater on Friday. (Photo/Kendra Kamp)

The most upbeat and electronica-infused tracks were saved for post sunset. Colorful lights flashed above the band, illuminating fireflies purple and getting the crowd of mostly middle-aged fans to its feet for the remainder of the show.

Seal closed the show with two dance-inspiring tracks from his most recent album — “Let Yourself” and “Life on the Dancefloor” — but not before checking in on the woman whose swooning required medical attention.

“What an incredible recovery you’ve made!” he quipped.

Grand Rapids’ Karisa Wilson warmed up the amphitheater with her delightful Americana style and angelic voice, sharing some of her original music plus a solo rendition of Aretha Franklin’s “Respect” on acoustic guitar.

Wilson, who has opened three times at Meijer Gardens and performed as part of the Tuesday Evening Music Club series, praised the intimacy of the amphitheater and the opportunities the music series offers the local music community.

“There aren’t a lot of places where local artists can open,” said Wilson. “It’s a venue that people really respect.” 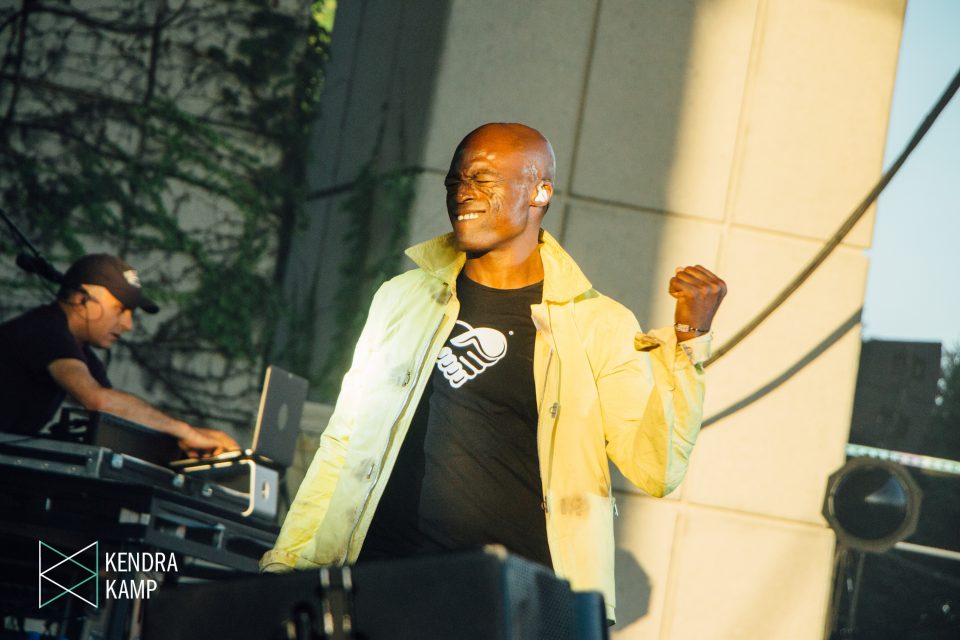 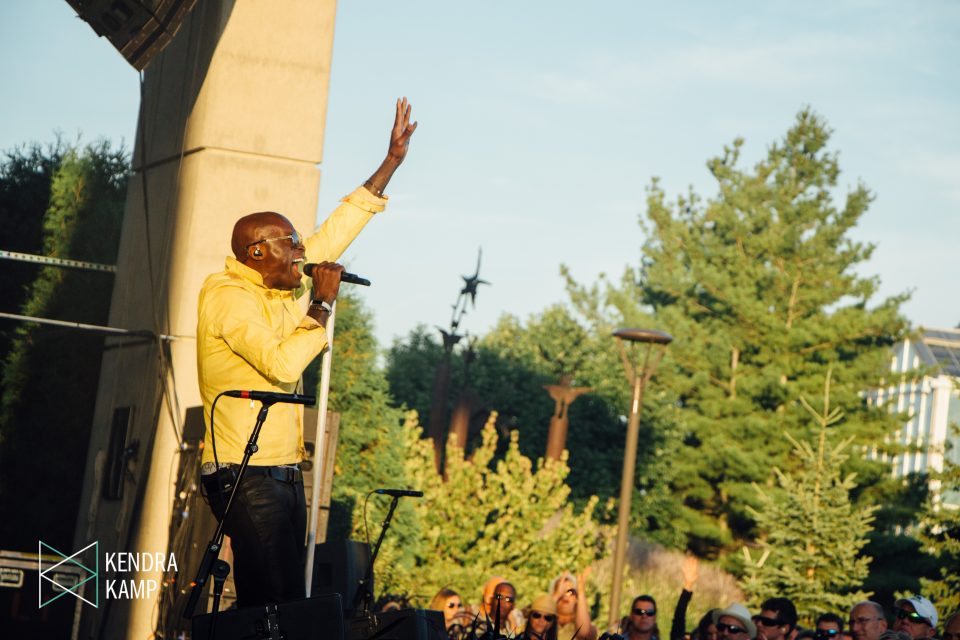 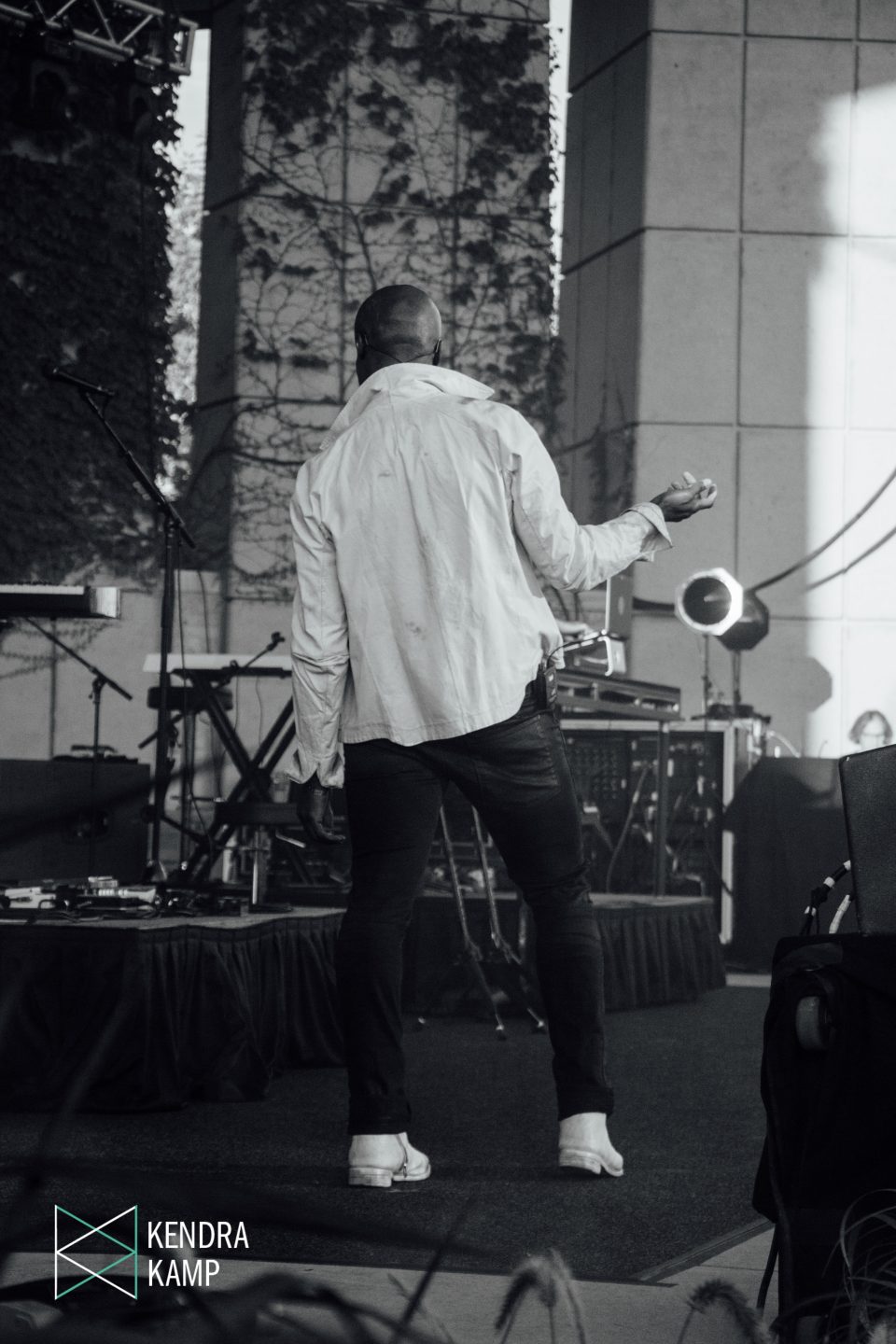 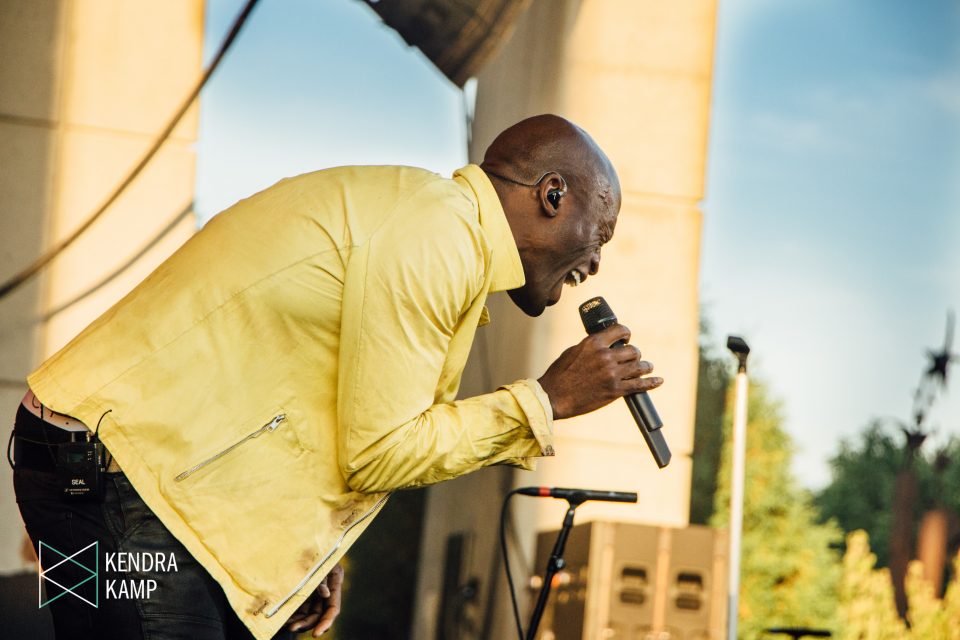 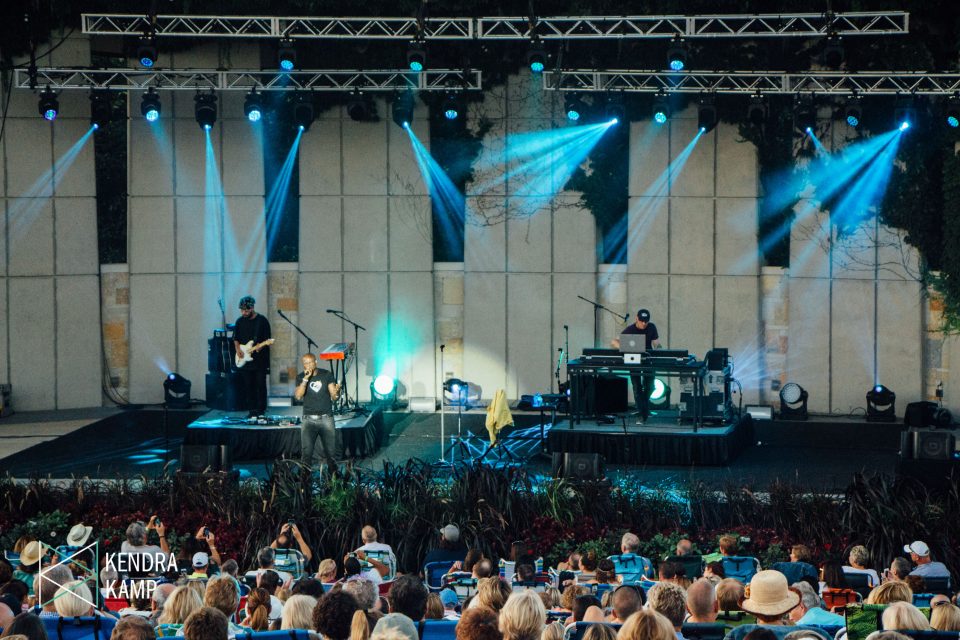 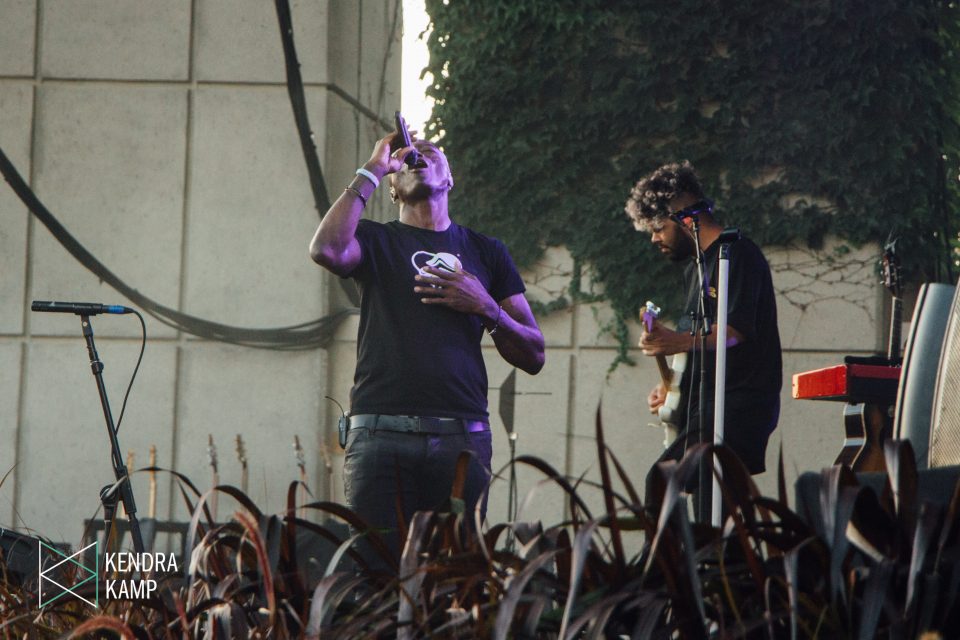 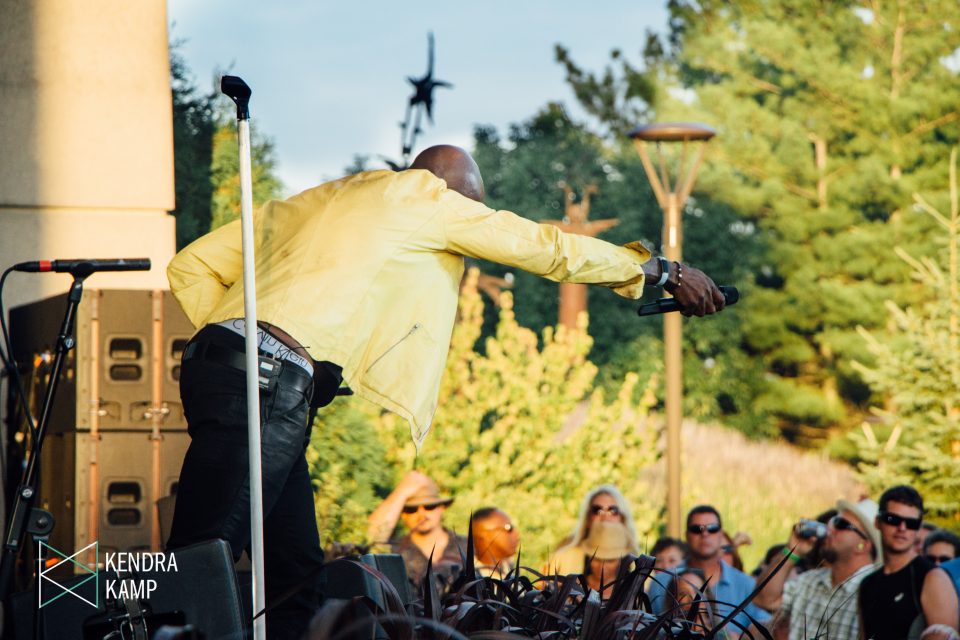 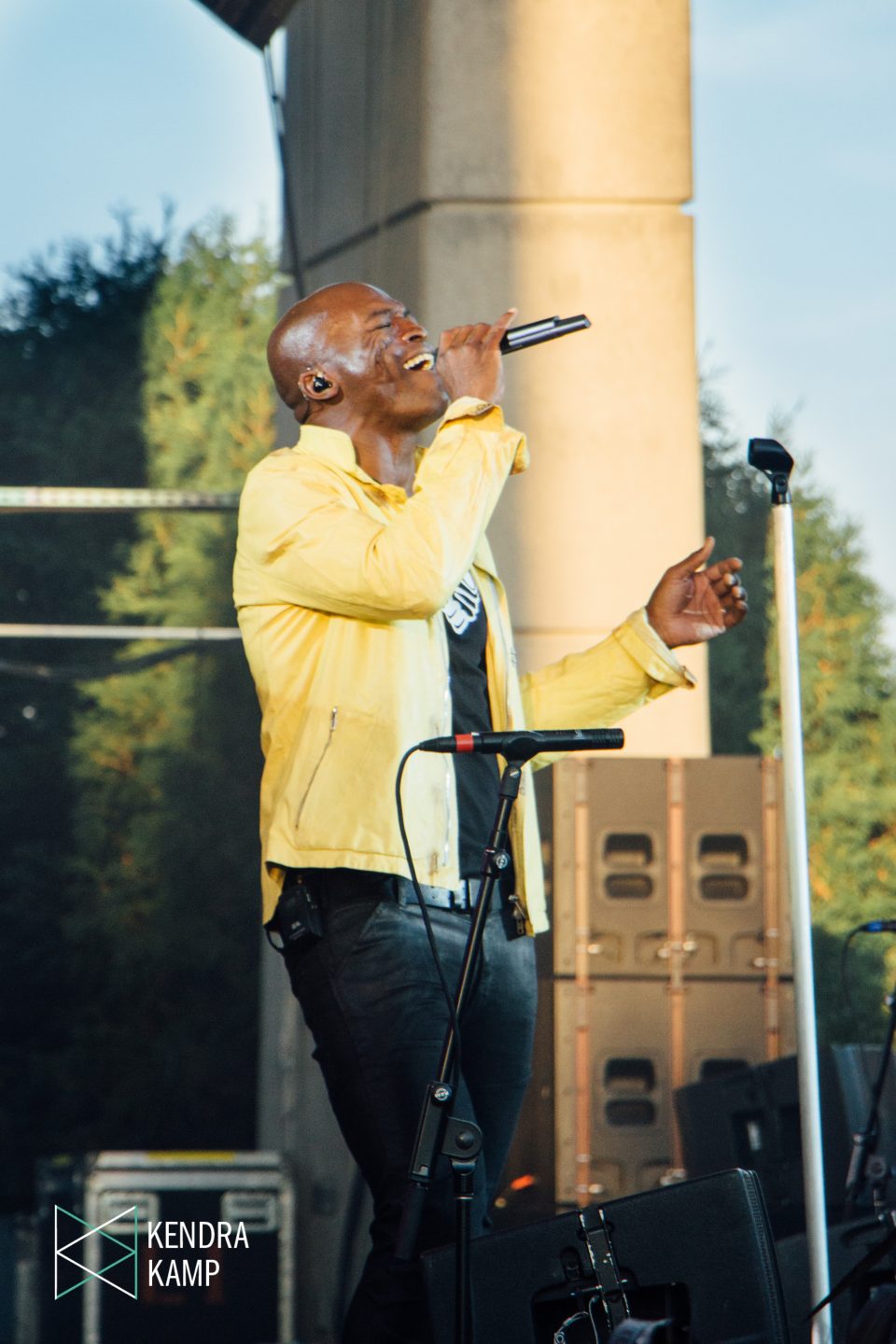 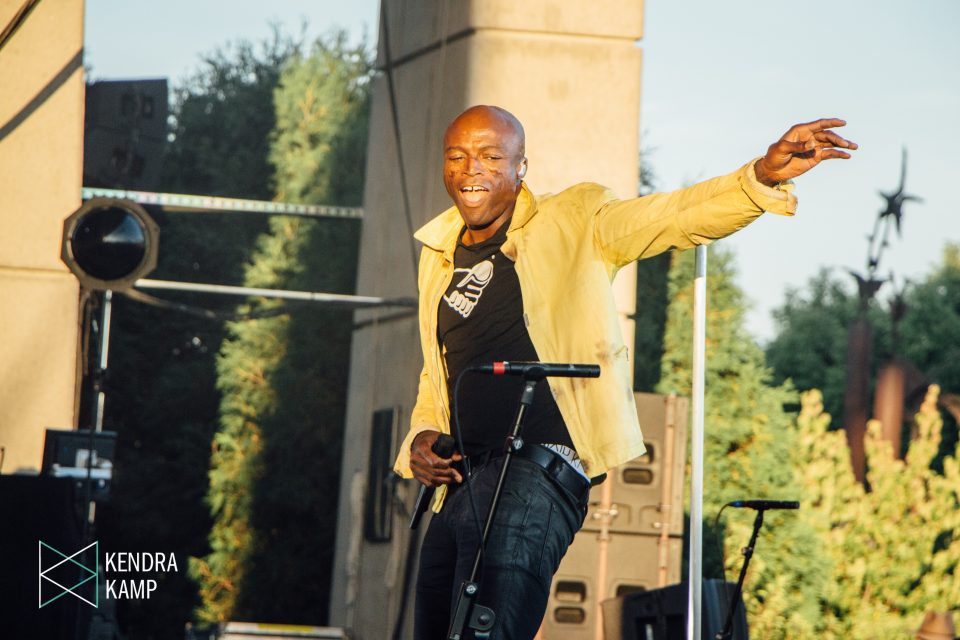 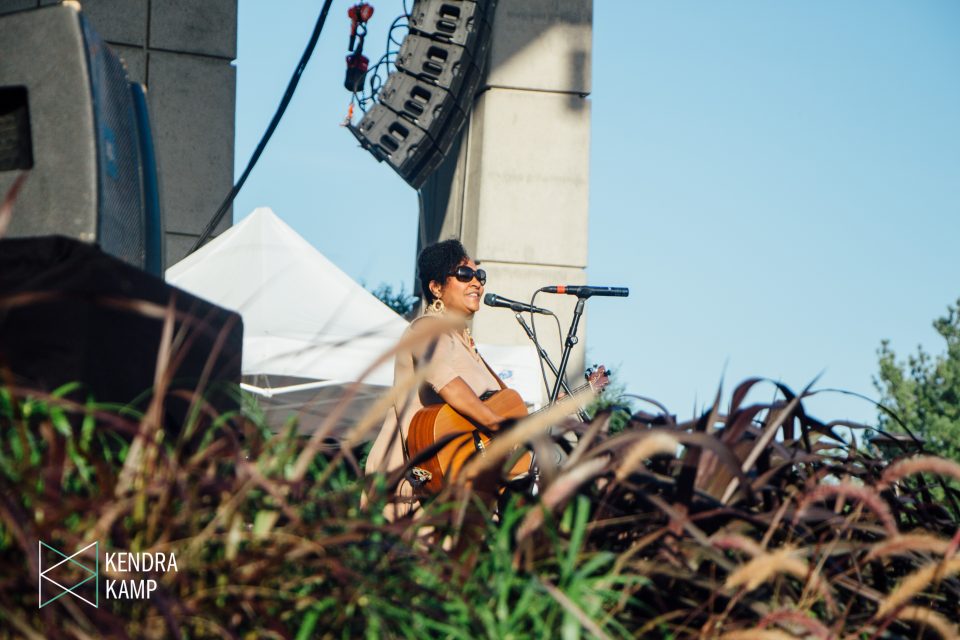 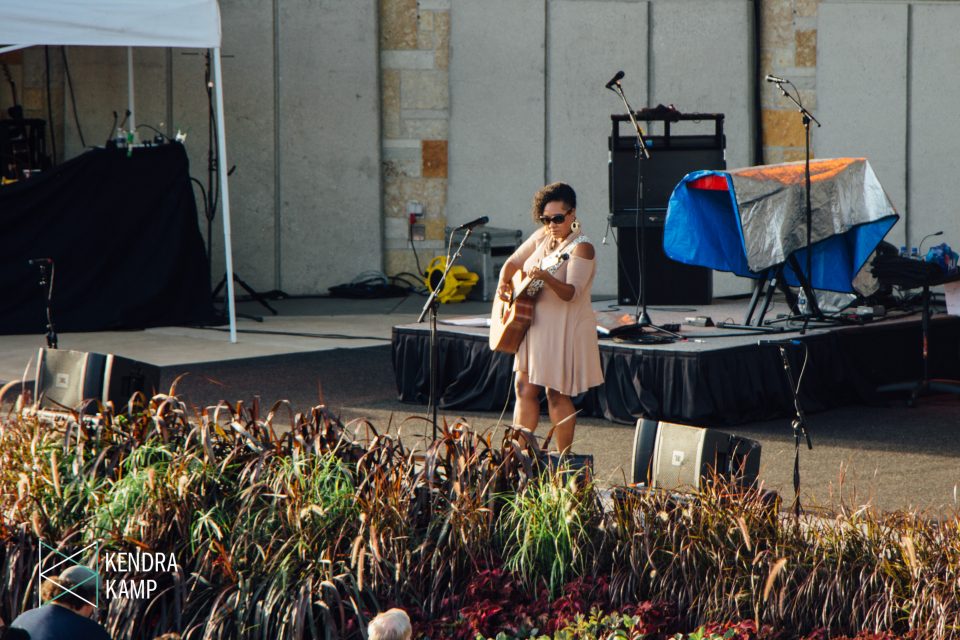 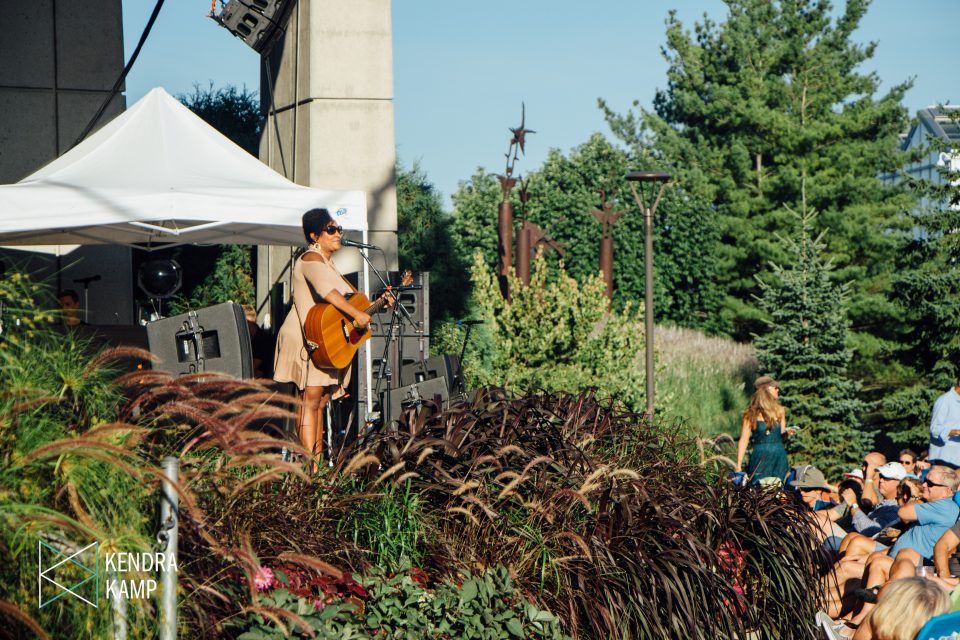 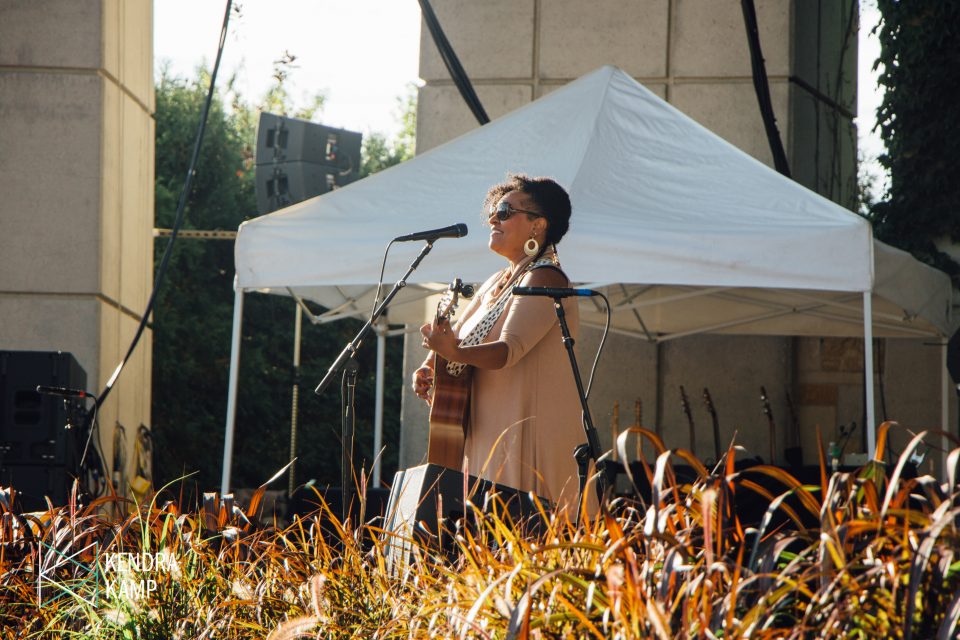 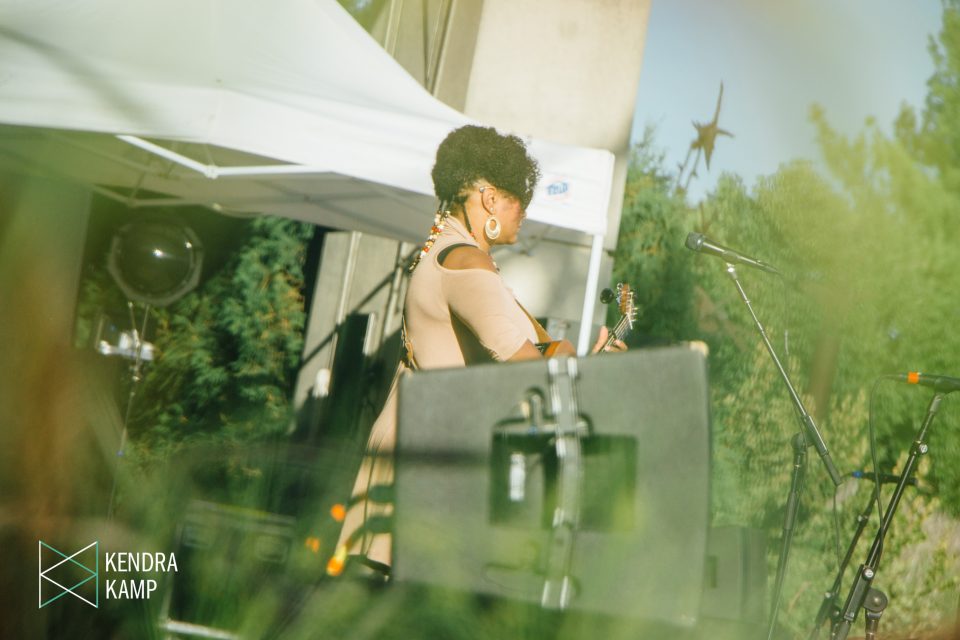 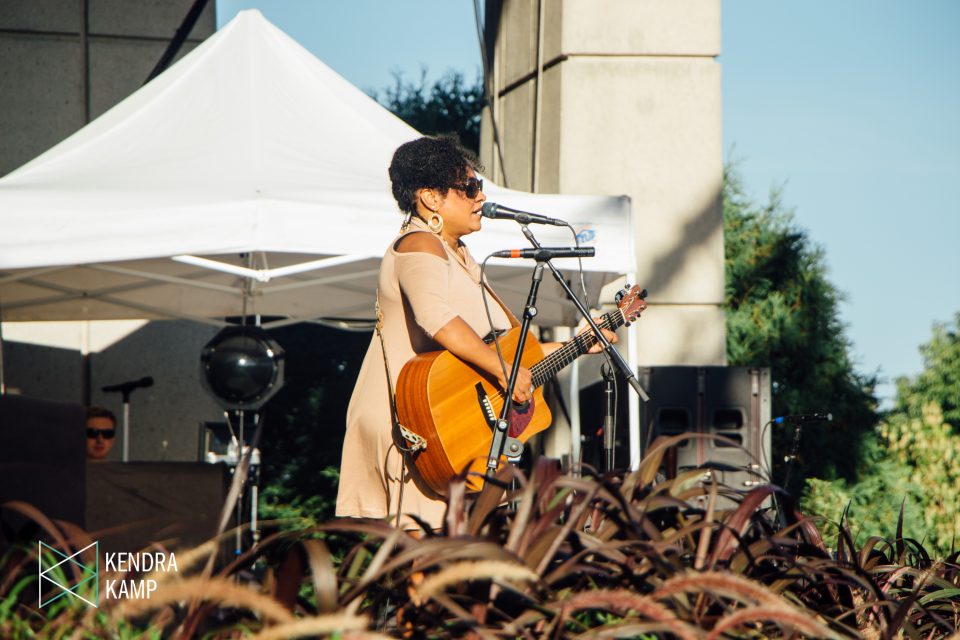 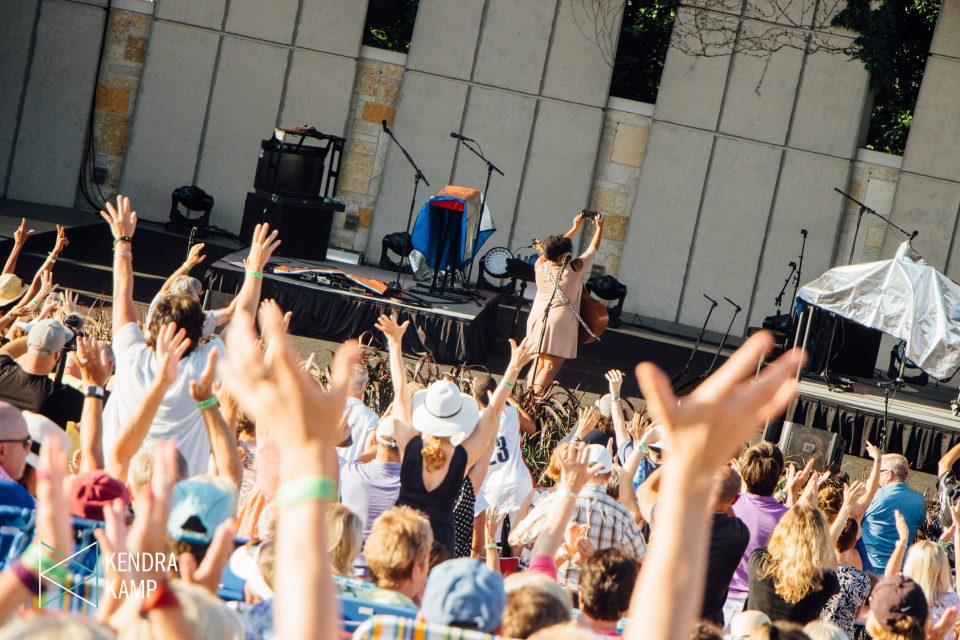