In an interview with Local Spins, the band’s longtime keyboardist reflects on the buzzed-about U.S. tour and playing the classics at sold-out shows, and even offers up his 11 favorite Stones songs of all time. 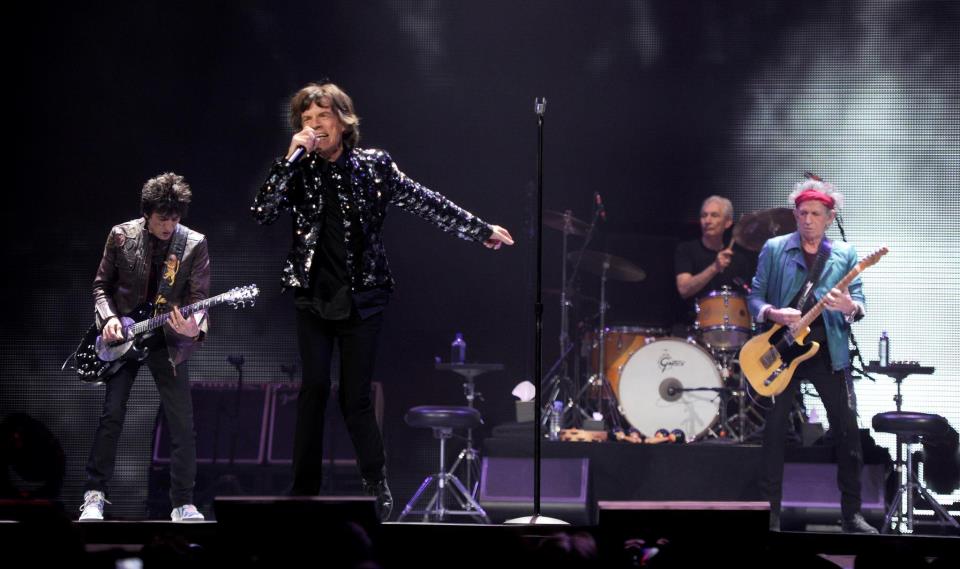 Forget all the talk about The Rolling Stones’ geriatric tour.

The “world’s greatest rock band” – with three of its principal members in their 70s – has universally bowled over critics and fans both on its U.S Zip Code tour which stops Wednesday at Comerica Park in Detroit. 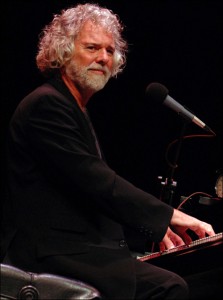 “All I can say is that rock ‘n’ roll keeps us young,” Rolling Stones keyboard player Chuck Leavell, 63, told Local Spins. “I don’t care what the numbers are. We feel like we’re kids getting to do this for the first time. The energy is all there. In my opinion, I’ve been doing this for 33 years now, the band has never sounded better, period.”

Strong words from a highly respected, award-winning musician who’s manned the keyboards for the Rolling Stones for more than three decades, not to mention being a key member of The Allman Brothers in their heyday and touring/recording with Eric Clapton, John Mayer, Gov’t Mule and George Harrison.

In an exclusive interview from the road, Leavell talked about the attitude of The Rolling Stones on the current tour, the reception they’ve gotten and prospects for a new studio album from the legendary group driven by Mick Jagger, 71, Keith Richards, 71, Charlie Watt, 74, and Ronnie Wood, 68.

The band – which includes longtime touring members Leavell, singers Lisa Fischer and Bernard Fowler, and bassist Darryl Jones – is pumped about performing live in front of big audiences because “we feel we owe it to our fans to be at our very best and that’s what we try for every night,” Leavell said.

“I think the prevailing attitude from all of us is that it is truly a blessing that we still get to do this, and that the fans still want to come see us. So, we want to put on the very best show possible – everything from the song selection, the quality of the musicianship, quality of the production, sound, lights and overall presentation,” Leavell said. “So far, it has indeed been amazing for both us and the fans.” 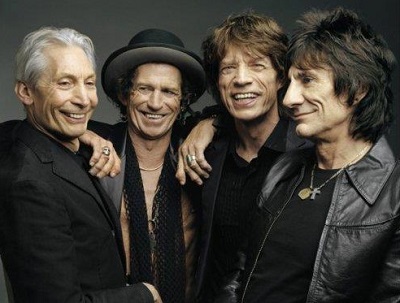 That amazing experience has included Grace Potter sitting in on “Gimme Shelter” in Minneapolis, Brad Paisley joining the band for “Dead Flowers” in Nashville, and Jagger giving Leavell a “nice special introduction” for his “home base” show in Atlanta.

“Fans really showed me the love in the reception I got,” Leavell recalled. “The club show at the Fonda Theatre in Los Angeles was also very special, but hey, every time we get to play is special and so far, every city has sold out. Truly wonderful and we are grateful it has gone so well.”

The band, Leavell said, has been playing about 19 songs a night, with shows running in the neighborhood of 2 hours and 15 minutes or so. And they’ve tried to “put one or two little special” songs into the set every night.

“It’s always tough to play favorites, but doing, ‘I Got the Blues’ from ‘Sticky Fingers’ at the Fonda allowed me to do my best Billy Preston. He played such a great organ solo on that song on the record, so I do my best to pay homage to him when I play it,” Leavell said. “ ‘Honky Tonk Women’ is also a nice little feature for me and I always enjoy that.” 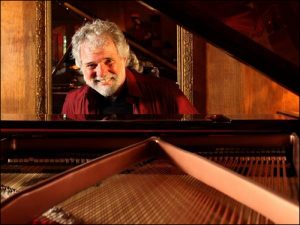 (Check out Leavell’s playlist of 11 favorite Rolling Stones songs below, including the tune he considers the greatest rock ‘n’ roll song of all time.)

Leavell, an avid environmentalist and conservationist who’s also the owner of the Charlane Plantation in Georgia, plans to wind down after the tour by going on a speaking tour, giving speeches on “conservation and environmental subject matter. I also do my own shows from time to time when not working the Stones, John Mayer or other artists. Most of my shows I do with The Randall Bramlett Band backing me. Randall and all the guys are truly great players and I love working with them.”

He’s also director of environmental affairs and part owner of The Mother Nature Network, a site that’s grown rapidly since launching in 2009, and notes he’s helping oversee planting of thousands more trees on his plantation.

In addition, Leavell has another “fun and different” solo album planned, aiming to go back into the recording studio in August.

33 Years and Counting: Leavell with The Stones. (Courtesy ChuckLeavell.com)

The keyboard icon who first started touring with the Rolling Stones in 1982 has some Michigan connections, too, as a member of the occasional Werewolves band with South Haven guitarist Jimmy Dillon (“a great guy” now based in San Francisco) and playing with Mayer, who depends on Grand Haven sound engineer/recording studio owner Bill Chrysler for stage sound services.

Dillon marvels at the “finesse and taste” with which the veteran Rolling Stones keyboard player and longtime pal enhances the performances of the musicians around him.

“He is a crucial part of the stage show,” Dillon said of Leavell’s role as musical director for The Rolling Stones. “I think he really is the glue, and I know he told me that he and Mick work on the set list together and Chuck has their whole songbook at the ready.”

The keyboard player also has contributed to Dillon’s studio work and has helped out with fund-raising concerts for Dillon’s Blue Star Music Camps for young musicians.

“Chuck is special in many ways,” said Dillon, who still owns a beach house in South Haven, the city where his mother and sister live. “What I’ve noticed working with Chuck is he truly cares and is 100 percent present whether at a rehearsal in a session or during a show. Always a consummate professional and a real gentleman. 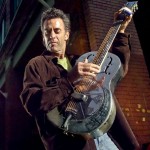 (Dillon, who once operated a Blue Star Music Camp in South Haven, is involved with some impressive projects himself along with his solo work. He’s currently musical director and guitarist for a new band with guitarist Carlos Santana, drummer Cindy Blackman Santana and singer-songwriter Tracy Blackman. “What a thrill for me to work with Carlos,” he said.)

There’s another Michigan connection in The Rolling Stones, too: Stones saxophonist and Tecumseh native Tim Ries – joined on stage for this year’s tour by saxophonist Karl Denson – received his master’s of music degree from the University of Michigan and also has taught at the Interlochen Arts Academy.

Considering the success of the current Zip Code Tour, what does Leavell think about rumors that a new Rolling Stones studio album might be a possibility as well as continued touring?

“Only the four principals can answer that,” Leavell said. “As for my own perspective, I’d love to see another record. But again, that is their call. As for the touring, that is also up to them. I’m there to do my bit as long as they want to continue. We’ll all have to wait and see.”

1. “Honky Tonk Women” – I remember hearing it for the first time. I was living in Nashville with a band and the guitar player came in the house with it. He had heard it on the radio and went straight to the store to buy it. We listened to it all that day over and over.

2. “Can’t You Hear Me Knocking” – One of the few Stones songs that has a ‘jam’ element to it. Brilliantly played from start to finish.

3. “Jumping Jack Flash” – Any song that starts with the lyric, “I was born in a crossfire hurricane,” one knows is going to be great.

7. “Midnight Rambler” – Another great ‘jam’ song and I love the tempo changes.

8. “No Expectations” – Love the wistfulness in the music and the lyric.

9. “Losing My Touch” – An obscure one for sure, but a classic Keith ballad.

11. “(I Can’t Get No) Satisfaction” – Obvious, I know, but hey, in my opinion the greatest rock song ever written. Period. I’ve played it literally over 1,000 times with the Stones and never gotten tired of it. Ever.