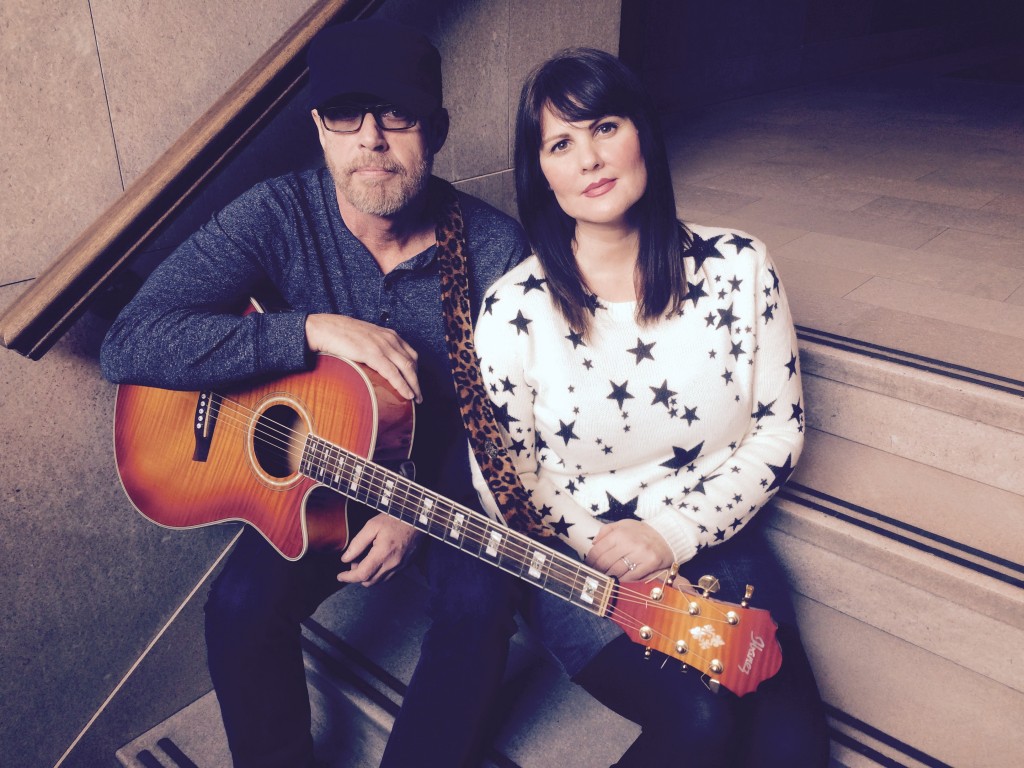 Blues at the Roots of It All: Bobby Lutz and Rochelle Sund Lutz from Rochelle & The Spoilers. (Photo/Local Spins)

THE BAND: Rochelle & The Spoilers
THE MUSIC: High-energy blues
WHERE YOU CAN SEE THE BAND: 1:30 p.m. Sunday at Billy’s Lounge in Grand Rapids (with Jimmie Stagger, Joe Johnson & The Bluebacks, Asamu Johnson & The Associates of the Blues); Dec. 11 at the Sparta Moose Lodge; Dec. 19 at River City Saloon in Grand Rapids; Dec. 31 at the American Legion Post 459 in Grand Rapids

The way Rochelle Sund Lutz sees it, blues songs are “the roots of everything,” so keeping the genre alive is vital to the region’s music scene. 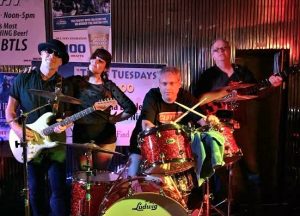 “Blues is relevant music and people of all ages should understand its importance and have the opportunity to listen,” insisted the lead singer for the “high-energy, hard-driving” Grand Rapids blues band Rochelle & The Spoilers, one of four bands playing a Sunday benefit at Billy’s Lounge for the West Michigan Blues Society.

“The blues society is not only responsible for cultivating the rich history of blues and putting on great blues events, but they do so much for the local blues scene by promoting our shows and our projects. It’s only right that we give back to those who have accepted us and helped us so generously with their support.”

For four years, Rochelle & The Spoilers – featuring Sund Lutz, her husband, guitarist Bobby Lutz, drummer Rob Viilo (Trilogy) and bassist Jaime Blomeling (River City Slim) – have spread the blues in their own way, delivering a West Michigan spinoff of the Chicago blues through performances and a studio EP, “Unfiltered,” which was released in May. They hope to return to the studio to record another EP early next year.

“We really started this for fun, and blues is really the basis of our music and the roots of what we do,” the singer said.

Her husband found himself embracing the influential genre after playing with Chicago-area musicians while in the Coast Guard in the 1970s, then performing with various cover bands in the Grand Rapids area.

“You can let out your emotions,” Lutz said of the blues. “If you’re feeling bad, just pick up the guitar and start playing. It makes me feel better and makes other people feel better sometimes, and makes them forget about their troubles.”

Fans will find it easy to put troubles aside during Sunday’s “Winter Spectacular,” with four notable West Michigan blues acts performing starting at 1:30 p.m. The bill includes Jimmie Stagger playing an acoustic set, followed by Rochelle & The Spoilers, Holland’s Joe Johnson & The Bluebacks and, finally, Grand Rapids’ Asamu Johnson & The Associates of the Blues, which will head to Memphis in January to compete in the International Blues Challenge.

Admission to Sunday’s show at Billy’s Lounge is a $5 donation at the door and food will be available.

On this week’s edition of Local Spins Live on News Talk 1340 AM (WJRW), Rochelle and Bobby Lutz previewed their Billy’s Lounge set by performing an acoustic rendition of one of their songs, “Can’t Stand It,” on the air. Listen to the full podcast here and watch a video of their performance below.

Sund Lutz started honing her powerful voice at a young age, performing gospel music in church at age 10 and eventually getting classical training.

“My mother would tell you I was singing before I was speaking and I started writing music around the age of 12,” she said. “I took piano and guitar lessons as a child, but singing and writing was so much more natural for me and I gravitated toward that and toward other singer-songwriters like Bob Dylan, Jackson Browne and Buddy Guy.”

The songs that she and Lutz write, she said, “are really for the most part about our own life experiences or the experiences we’ve watched others struggle through.”

Some of those songs have found an audience beyond Grand Rapids, with tracks from “Unfiltered” earning airplay in Europe, Australia and elsewhere in the United States.

“We really want to continue writing and recording. We see ourselves hopefully in the future performing our music not only in venues around West Michigan, but hopefully, beyond,” said Sund Lutz.

“Writing our own material and sharing it with others is really rewarding. Though we enjoy putting our own spin on old, classic blues songs, performing our own is just as important to us.”

Get more information about the band and links to its music at rochelleandthespoilers.com.