Created in Grand Rapids, the radical new music platform that starts beta testing soon will allow users to zoom in to neighborhoods, even venues, to pinpoint their musical vibe and help showcase local artists. 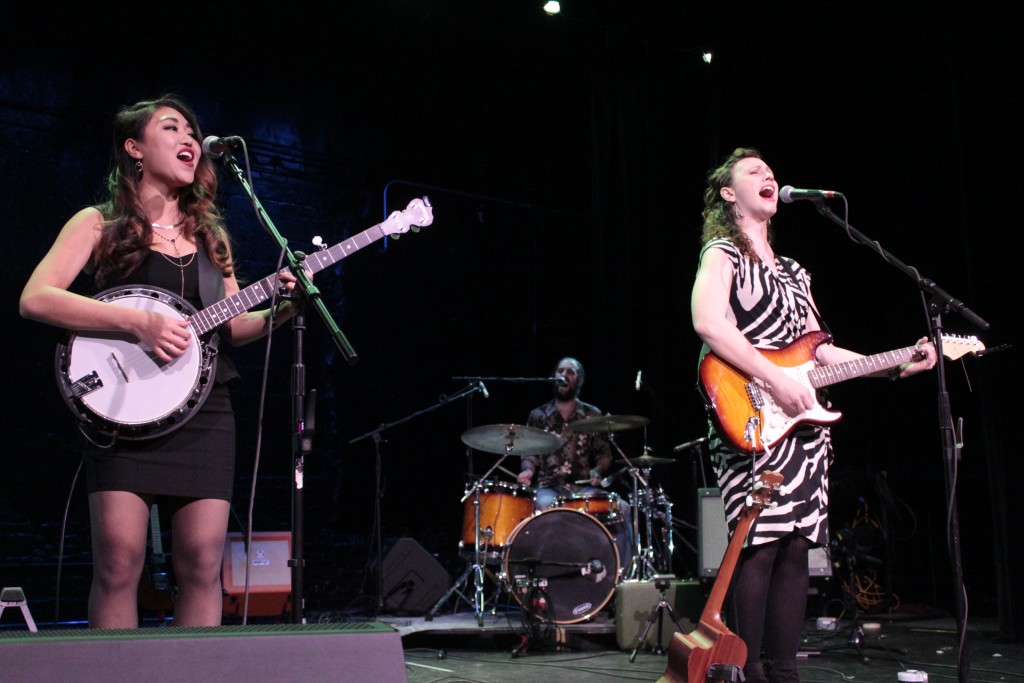 On Board: Grand Rapids’ The Crane Wives have signed on to radi8er and will play Xlerate’s Demo Day on Wednesday. (Photo/Anna Sink)

Radi8er could radically change the way people listen to music – and that could be a very good thing for local and regional musicians. 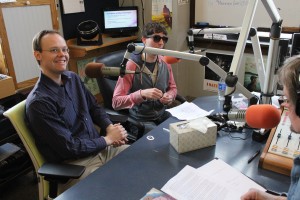 Developed in Grand Rapids, the innovative new music discovery platform and smartphone app will be unfurled next week for beta testing as it continues to sign up more bands and solo artists who are anxious to see how radi8er can help get their music in front of more people.

It has “evolved into an ecosystem where we’re actually restoring the connection between a music scene and a community,” said Jim Czerew, CEO and chief technology officer for radi8er. “It’s grown and the energy behind it is so positive. We’ve been thrilled with the response.”

The platform ultimately will allow users to discover what bands and artists other people are listening to in a particular area, sample music from those artists, and even purchase that music or tickets to a concert featuring those acts.

The smartphone app features a map that allows users to zoom into a city, neighborhood or even the area around a particular venue to sift information about the music being soaked up in that location.

The idea is the brainchild of Rob Anthony, a musician and chief creative officer for radi8er.

Anthony said with all of these folks with earbuds listening to their mobile devices around town he started wondering “what are these people listening to around me? It was a really interesting idea to me, kind of intriguing. I realized from there there must be a certain sound to this street, to this area to this shopping mall, to this campus. I thought, well, maybe a city has a certain sound.”

In “calculating the sounds of the city,” radi8er even strives to incorporate live music into its algorithm, which can allow users to connect with local and regional acts with whom they’re unfamiliar but are performing in a certain area.

“Imagine you take an online map and you combine it with online streaming,” Czerew said. “Zoom in and get local music and zoom out and get more mainstream music. You could even zoom to another city or country, hear their unique sound.”

Even the name of the platform, combining the word “radio” and “resonate,” describes the app’s appeal, with whatever music folks are listening to “radiating out” so that other users can discover it.

Anthony said “the map opens up a world of possibilities,” including identifying “points of interest” in a particular city. 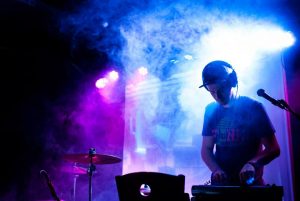 A World of Possibilities: Ty Beat will perform Wednesday, too.

“It’s really helping reinforce the sound of the city and helping you discover it in ways that we seem to have lost in the last 15 to 20 years,” Czerew explained.

Artists will benefit by not only receiving standard royalties through the system (not unlike other music streaming services), but also because users will be able to buy a band’s music and concert tickets through the app.

“We think that by restoring that connection, music will get discovered, artists will get discovered and, in a way, we’re democratizing music again,” Czerew insisted. “We’re empowering the artists, we’re empowering the listeners to connect directly again and area actually building these communities again and allowing artists to finally achieve their dreams of making music their career.”

Radi8er already has signed up about 40 regional artists – including Vox Vidorra, The Crane Wives, Ty Beat, Valentiger, Olivia Mainville & The Aquatic Troupe, Full Catastrophe and others – as it tests its system, and ultimately, acts will be able to upload their music directly to radi8er.

The concept was developed with help from Grand Rapids’ Emerge Xcelerate incubator program which provided radi8er with space and support to hone the music platform. On Wednesday, radi8er will join five other teams supported by Xcelerate as part of a “demo day” to show their progress in front of investors, other businesses and the public with hopes of further developing contacts and networks to help them take the next step. 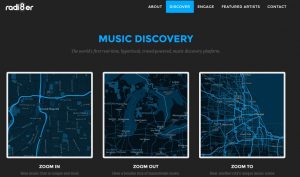 Ty Beat and The Crane Wives — who also release their new album, “Foxlore,” at Founders Brewing Co. on Saturday — will perform before and after the event, which takes place from 3 to 6 p.m. at the Grand Rapids Community College Bottrall Applied Technology Center, 143 Bostwick Ave. NE. Get details online here.

Czerew and Anthony said limited beta testing on the radi8er app will begin April 4, with the “full version” released in late spring. Radi8er hopes to expand its service to other cities and already has “ambassadors” lined up in several places to sign up artists and host events.

Radi8er also plans to host a one-day music festival in Grand Rapids in late June to help kick off and draw more attention to the music platform.

So far, the response from artists has been overwhelmingly positive, Anthony said.

“It will push people to go to shows and reinvigorate the live experience in cities everywhere,” he said.

Get more information online at radi8er.com.