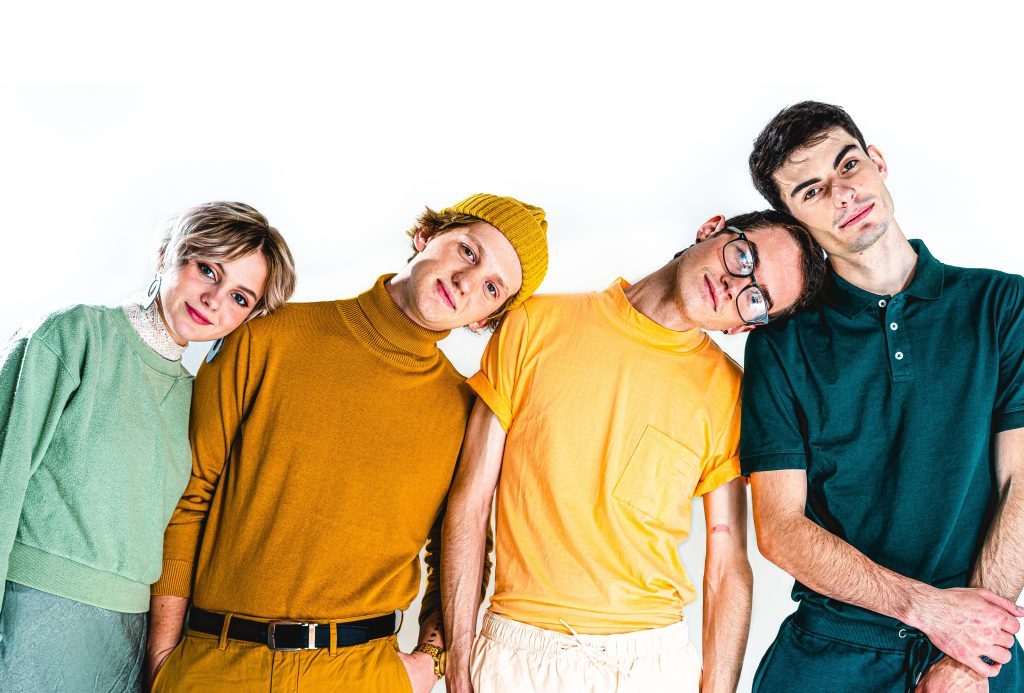 With an expanded band lineup and growing musical confidence, West Michigan’s Political Lizard took a genre-jumping, “no rules” approach with the songs on its sophomore album.

“This album was the most refreshing and fluid creation any of us as musicians has ever had. We kind of threw themes and genre out the door,” said guitarist and singer Caleb Waldvogel, who co-founded the group as a duo with fellow songwriter Jenna Olson a few years ago.

“We wrote whatever we felt that day and put it on the album. In result, this album has been most raw and true to how we identify as musicians.” 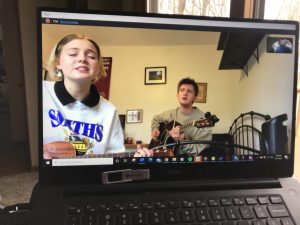 Olson said the 12 tracks on “Buttercup Bloodroot” – which officially gets released on digital platforms Saturday (April 4) – are “still a little bit all over the place, which is kind of what we like to do. We like to have different themes and different ideas in every song.”

They both acknowledged that there’s been a shift and expansion in sound and style with the addition of drummer Miles Ferguson and keyboardist, guitarist and bassist John Bomer since Political Lizard released its indie-folk/pop debut album, “Joy The Dog,” in early 2019.

“The sounds changed in a way that we can be more fluid with genre-jumping,” Waldvogel said. “No rules is what we realized with the two new members. We’re not sticking to anything and that feels good. We’re not tied down.”

Olson and Waldvogel unfurled two of those new songs for this week’s edition of Local Spins on WYCE, though due to COVID-19 restrictions, they performed them as a duo via Skype. Watch a video of their performance of “The Freeze” here and scroll down to listen to the entire Local Spins on WYCE radio show and to watch the band’s Dogtown Studio Session.

The pair conceded the shutdown of Michigan concert venues as a result of the coronavirus pandemic has been “truly devastating” because it came just before Political Lizard was set to release its second album.

All of the band’s upcoming shows promoting the release were postponed or canceled, including appearances at Grand Rapids’ Listening Room and an out-of-state tour. Even a live-stream album-release show set up as a replacement had to be scrapped due to the stay-at-home order. 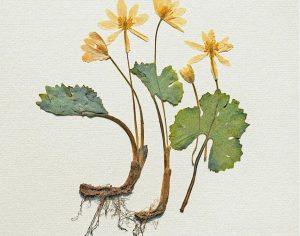 The Grand Rapids band – which first settled on its unusual moniker with help from a random name generator – hopes to reschedule shows and a tour for later this year.

“We’re trying to stay positive and get creative in the ways that we’re promoting the upcoming album,” said Olson.

“We’re still going to have an album-release at the Listening Room this summer and already working on a tour in the fall. Our hearts go out to every musician dealing with similar situations, which is all of them. We have to stay strong as a community and support each other in any way we can, now more than ever.”

Waldvogel and Olson remain upbeat about the release, hopeful that fans quarantined at home will get a chance to really listen to the album, which was recorded and mixed by Joel Ferguson at Planet Sunday Studios in Rockford and mastered by Al McAvoy. That includes lyrics that “people can relate to.”

Olson said the band is even producing a magazine that will include the stories behind the lyrics of all the songs “and the meaning and what it was like writing them.”

This week’s edition of Local Spins on WYCE — which spotlights local and regional music at 11 a.m. Fridays on WYCE (88.1 FM) — also featured the on-air debut of new tracks by Basic Comfort, Stevie Reidz & Co., Michael Beauchamp-Cohen & Brian Koenigsknecht, Nathan Kalish, Archie & The One Hits, Further Closer, Bedroom Ceilings and Nathan Walton & The Revolving Door, as well as Treeskin, the musicians’ pick of the day by Political Lizard. Listen to the podcast here.