With a ‘surprising’ new album on the way, the roots music musician and his band play Thursday’s Acoustic Café Folk Series concert at St. Cecilia Music Center in Grand Rapids, followed by an Ann Arbor show. 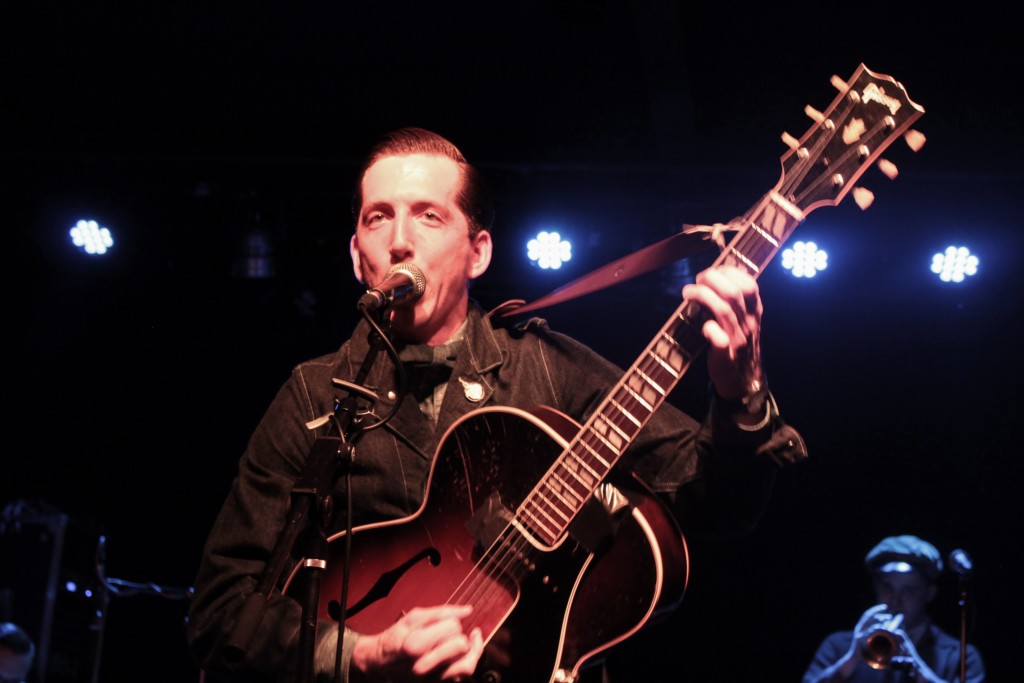 Doing What He Loves: Pokey LaFarge on stage at The Pyramid Scheme in 2015. (Photo/Anna Sink)

SCROLL DOWN FOR VIDEO AND POKEY LAFARGE’S PLAYLIST

Pokey LaFarge may have cultivated a devoted following for his old-timey, early jazz-inspired American roots music but don’t expect him to be bound by that approach.

The 33-year-old singer and musician recently completed recording the follow-up to his acclaimed 2015 release, “Something in the Water,” and he’s convinced that the new project has “blown the top off of certainly what has come before it.” 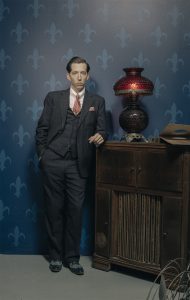 “I know my voice is changing and I’ve been experimenting more than ever and certainly it’s a response to the music I’ve been listening to,” he said in a recent telephone interview with Local Spins, describing his last album as “very traditionally based” in terms of its jazz underpinnings.

“I think I was more focused on making a certain kind of music. Now, I’m focused on making good music, any kind of music. So, I think I’m keeping myself open to any possibility. It has been kind of a message to myself and my creative mind to let things flow and not have any rules or create any boundaries for myself. … My music is always changing and it gets redefined.”

West Michigan fans will the among the first to hear some of these new songs live when Pokey LaFarge and his band play Thursday’s Acoustic Café Folk Series concert at St. Cecilia Music Center in Grand Rapids. Tickets for the 7 p.m. concert, with special guest Jack Grelle, are $30 and $35 and available online here. (LaFarge follows this with a sold-out show Friday at The Ark in Ann Arbor.)

Recorded in St. Louis, the new album will be released in the spring.

“The hope is that the majority of people, our fans, will be surprised in a good way,” he offered, adding that he’s hesitant to describe the direction of his latest project because he’s “not really a genre guy” and he appreciates “any kind of music where there are really unique singers, unique voices, from Chrissie Hynde to early calypso to African music to Roy Orbison. I love Tom Waits, Bob Dylan.”

OBSESSED WITH MUSIC AND ‘DOING SOMETHING DIFFERENT’

LaFarge’s journey as a musician started in high school in Bloomington, Ill., where he grew up (as Andrew Heissler).

“I’ve always been obsessed with music and all different kinds of it, but I’ve always gravitated toward doing something different and putting myself on an island,” he said. “Writing was my first creative love. That was my main pursuit and creating music was unavailable.” 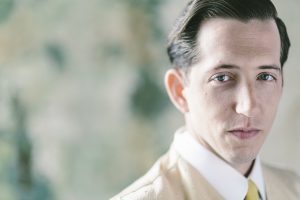 As a senior, he picked up a mandolin and performed for the first time as part of “an old-time jam on the steps of Bloomington City Hall” with a bevy of older musicians. “After high school, I started traveling around the county and hitchhiking and going to festivals,” he recalled. “I was totally doing it for myself at that point and showing people how weird and different I was.”

He independently released his first solo album, “Marmalade,” in 2008 and has since released other projects on several different labels: His self-titled 2013 album was released by Jack White’s Third Man Records, with “Something in the Water” coming out on Rounder Records.

“I set out with the goal of making a living playing music,” he said, calling it a “mission” of sorts. “That was my number one goal. That’s what I felt would make me happy. But you always want something more, so there’s always something you’re itching to create. But making a living – that’s what I’m most thankful for and I’m fortunate enough to make a living doing what I love.”

LaFarge also conceded that his Midwest upbringing has informed his rootsy music and his attitude.

“You do kind of have a chip on your shoulder,” he reasoned. “I was never a virtuoso at anything and I’ve always had to work 10 times harder to get half of whatever everyone else has. I think there is a connection between that and what it’s like to live in the Midwest. … You just do with what you’ve got.”

Local Spins asked LaFarge to share albums he’s been listening to lately. He says his diverse picks will “bring light into your cold winter day and some others to help you soak into the gray.”
1. Bobo Yéyé, “Belle Époque in Upper Volta” (African Rock n’ Roll)
2. Various Artists, “Pakistan: Instrumental Folk and Pop Sounds 1966-1976”
3. Alton Ellis, “Be True to Yourself”
4. Roy Orbison, “The Orbison Way”
5. Tom Waits, “Alice”

VIDEO: Pokey LaFarge, “Something in the Water”