A happy crowd of mask-less concertgoers gathered in the courtyard of Studio Park in downtown Grand Rapids to cheer a diverse trio of Grand Rapids acts thrilled to be back on stage. Recap, photo gallery. 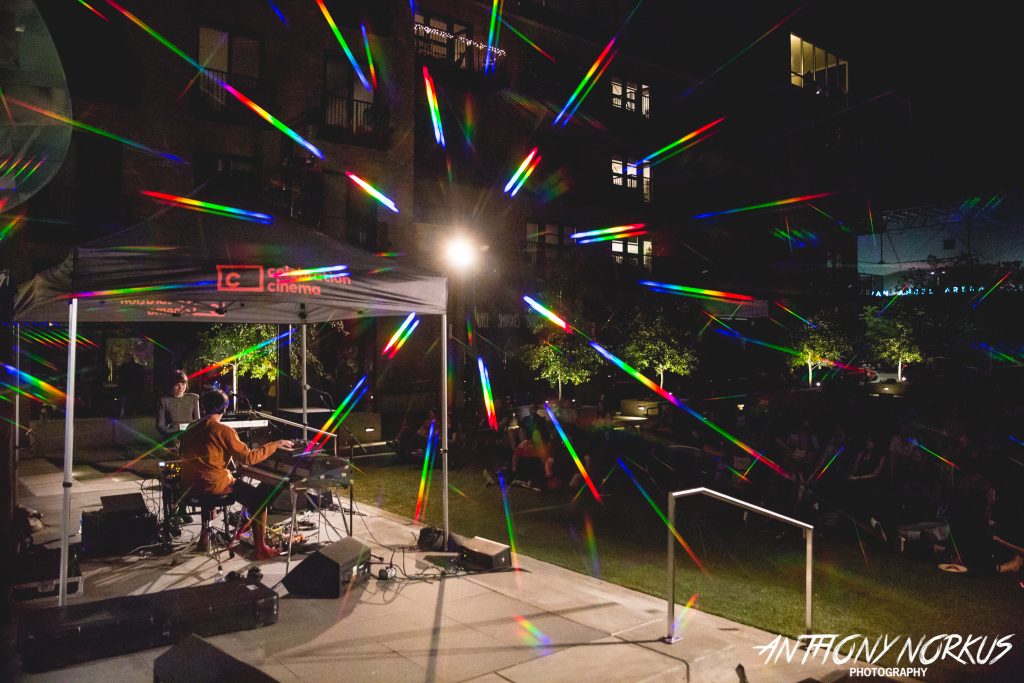 Lighting Up the Night: Pink Sky closed out the evening on Thursday. (Photo/Anthony Norkus)

Consider it West Michigan’s unofficial kickoff to summer music in the great outdoors.

Listening Room’s “Listening Lawn” series ushered in a season of summer music with a menagerie of sounds during its inaugural, early June concert on Thursday night in the courtyard at Studio Park, with a gleeful crowd of more than 120 mask-less fans clearly reveling in the return to live music after a year-long pandemic. 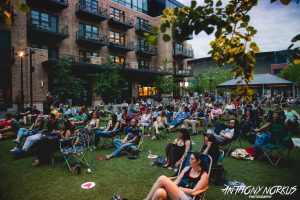 Headlined by Grand Rapids electronic duo Pink Sky with performances from neosoul’s Earth Radio and one-man-band The Brandino Extravaganza holding down the rest of the ticket, an anticipatory crowd and primed musicians made it all seem like COVID was a distant memory.

As opener Brandino took the stage, a wave of curiosity swept over the crowd. Nestled between an acoustic guitar, ukulele, saxophone and a sprawling effects pedal board, stood a single performer (Brandon Proch), and his often-goofy, but stunningly genius looping tracks primed the audience with somersaulting spontaneity.

From the “Legend of Zelda”-themed breakdown to producing instruments out of thin air to play, there was a continual sense of playful curiosity as Proch unwound and layered loops for each track.

The upbeat opener gave way to future-soul-laden Earth Radio, who demanded attention and raised the bar for the evening’s entertainment offered up by Lady Ace Boogie Presents.

SOUL, SYNTHESIZERS AND A SUBLIME SETTING

Much of that came from a back and forth between the band and the audience, with listeners contributing telemarketer names to fill in lyrics and Laine challenging the audience to a screaming battle. That hit a peak as Laine asked the crowd to scream to celebrate the end of a long year of struggle with a resonating response.

Staving off stray raindrops after bringing a “house” onto the stage complete with an assortment of keyboards and awning, the crowd at Studio Park got as quiet as ever while Pink Sky delicately started building up warm, lush sounds. 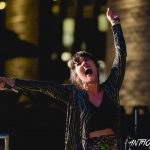 The silent crowd was proof of undivided attention as the duo swelled and grew in intensity for the late-night set. The ethereal, wavy synths reverberated, sucking the crowd in with both a stark contrast to the jamming soul from Earth Radio and a welcoming descent into the night.

With a tall order in bringing the complex musicality of the art project’s sound to the live stage, Pink Sky’s performance felt effortless with swells and tantalizing moments as sleek, intentional keyboard work hit pulsating rhythms.

Throughout the evening, fans in the audience one and all marveled at the warm weather, the downtown setting and the sounds of live music echoing off of Studio Park’s walls — signaling what’s shaping up to be a hectic 2021 season of concerts and festivals. (The Listening Lawn series continues June 10 with Michigan House presenting Noveliss and Ajax Stacks, and on June 18 with Jack Droppers & The Best Intentions’ album release show, with special guest DL Rossi.) 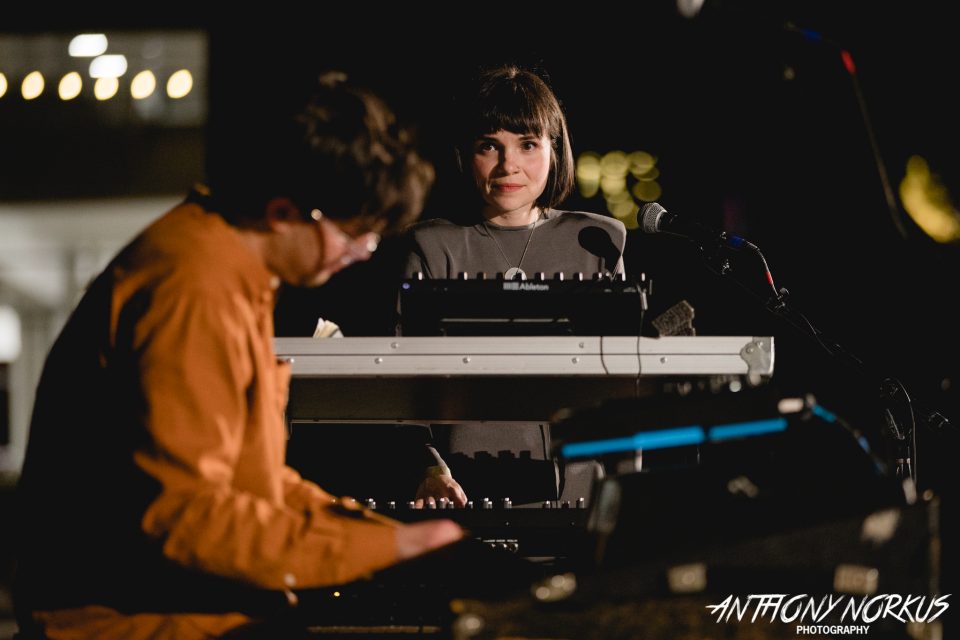 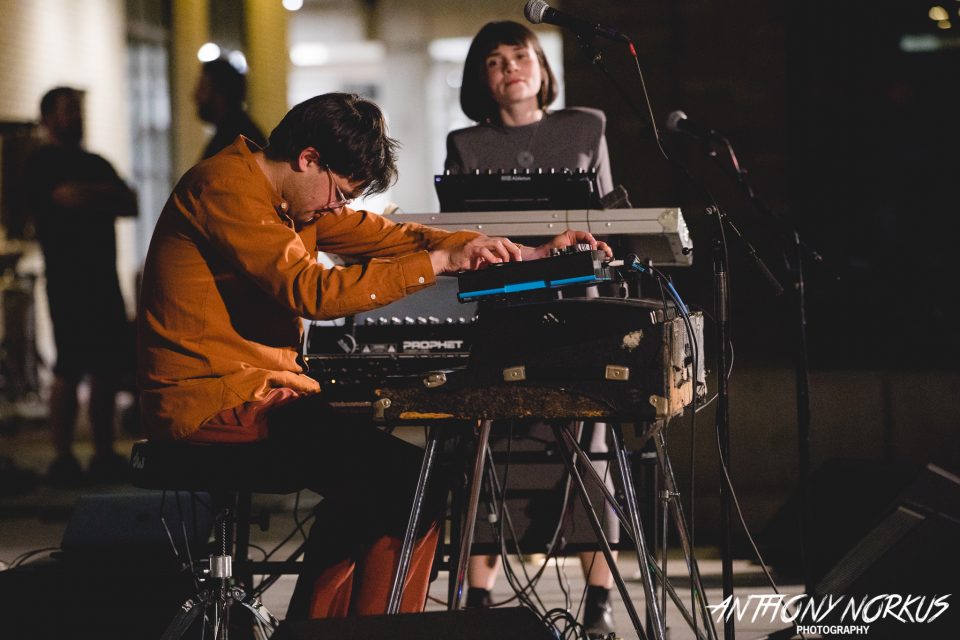 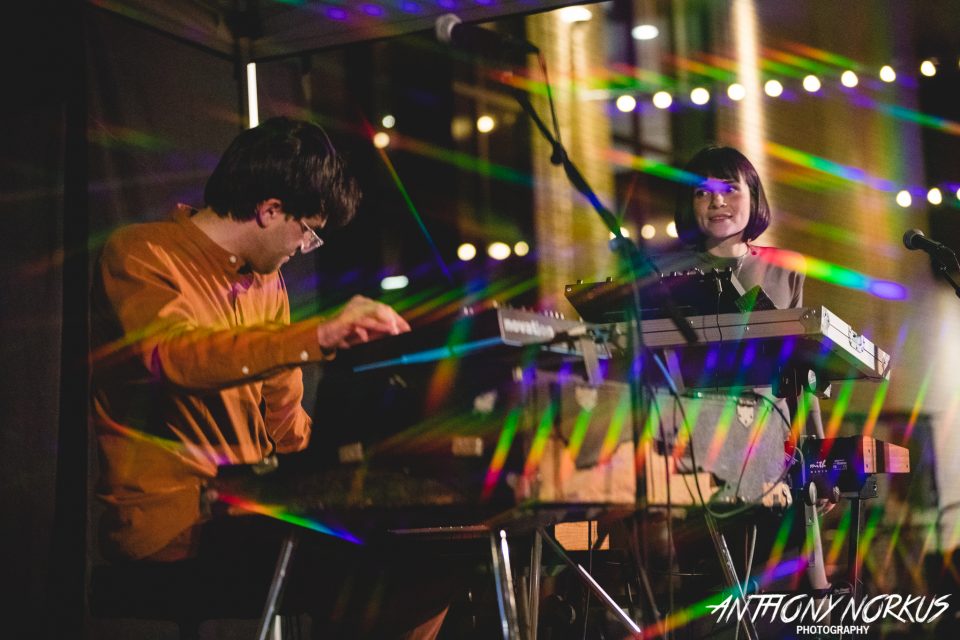 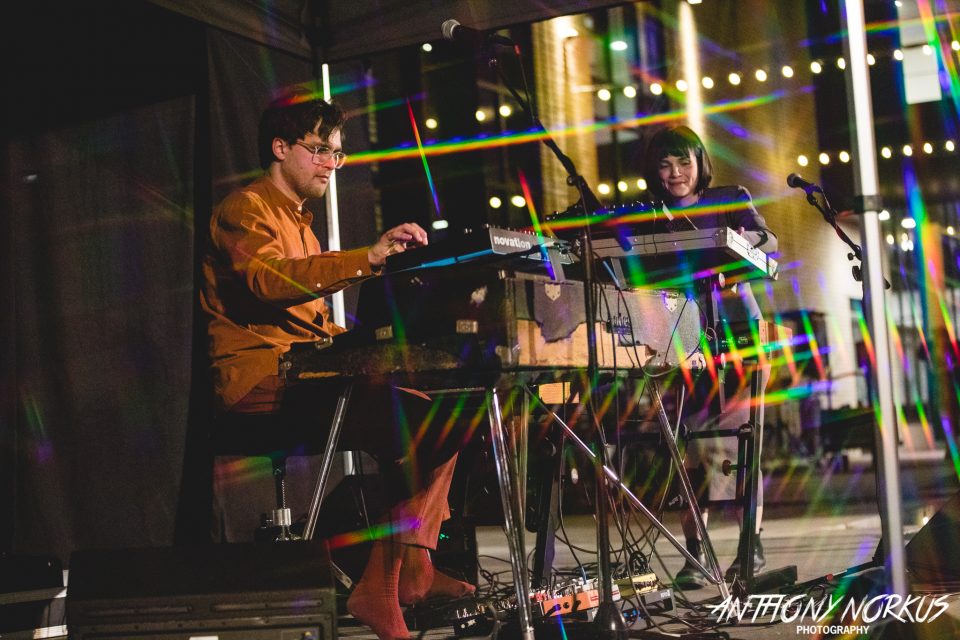 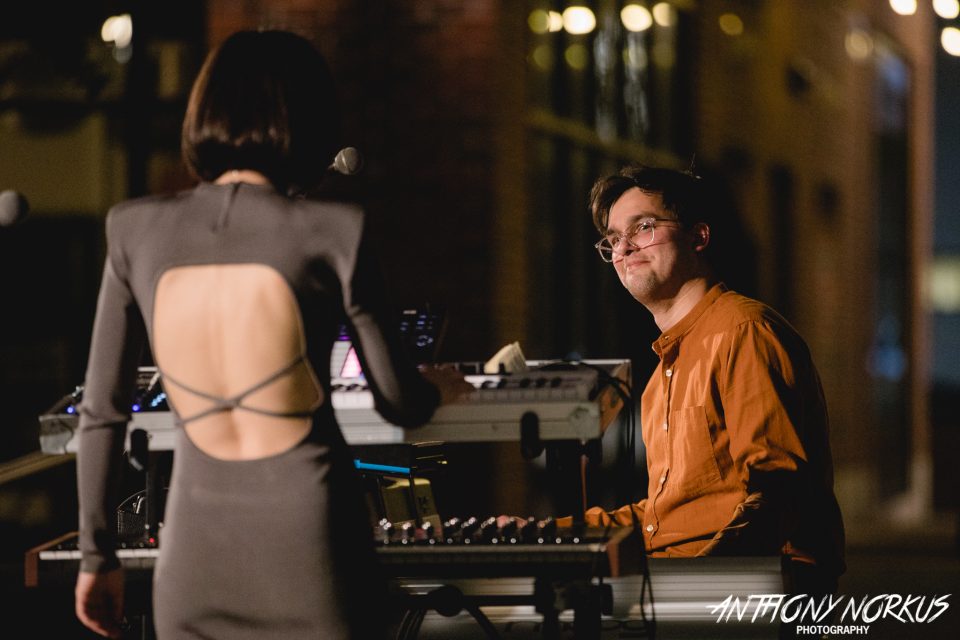 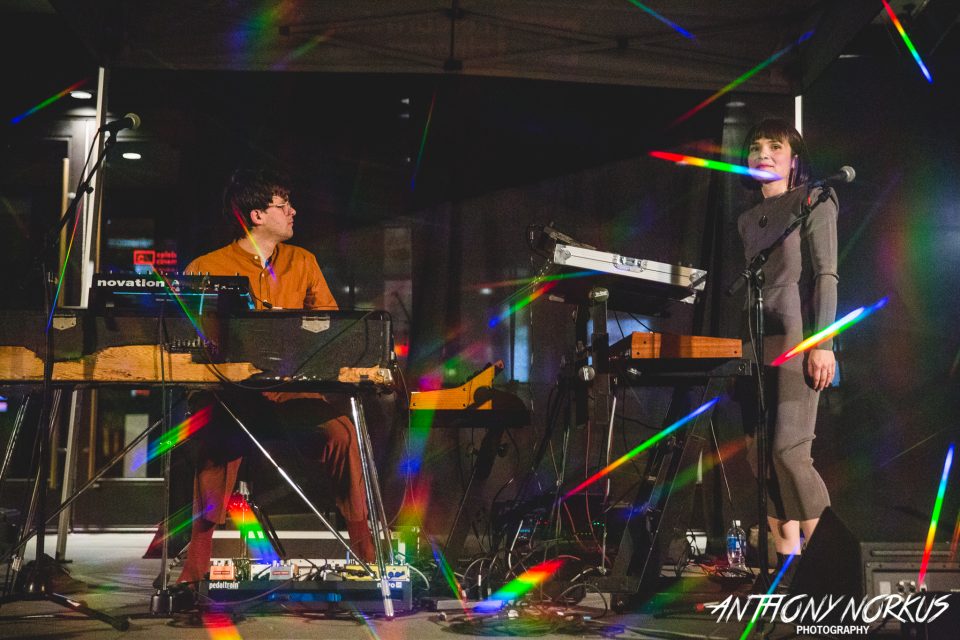 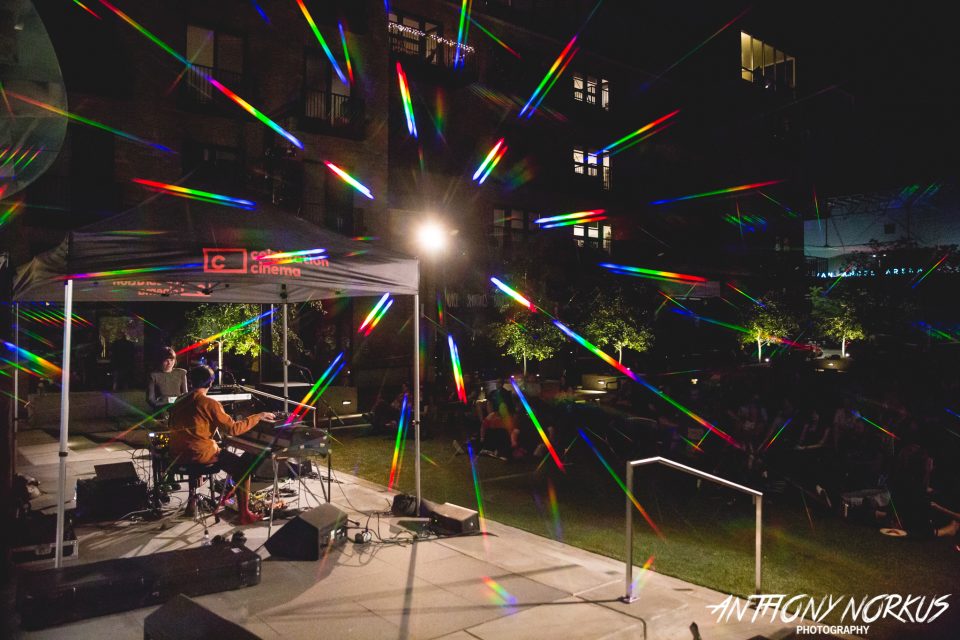 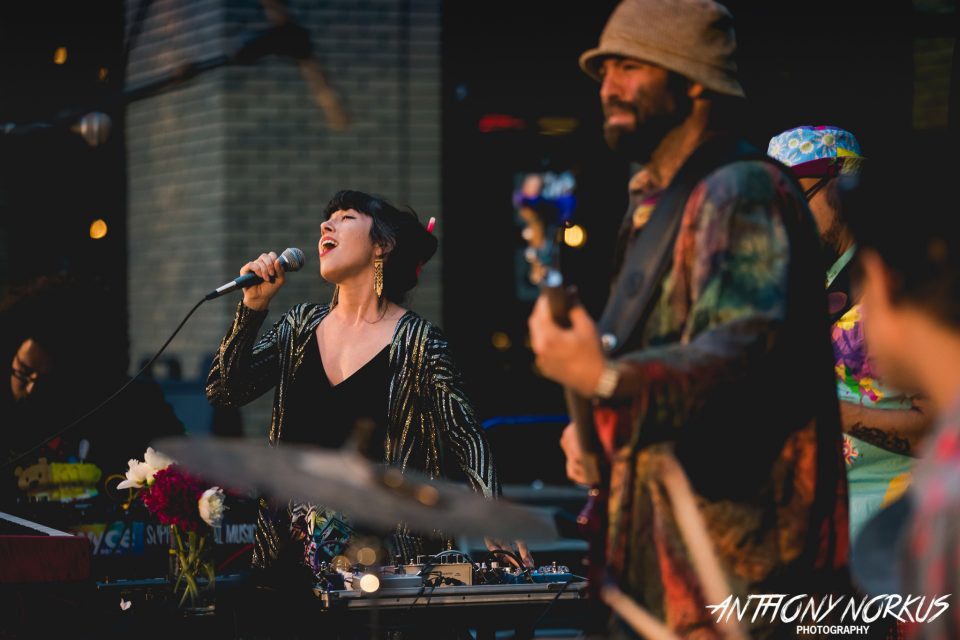 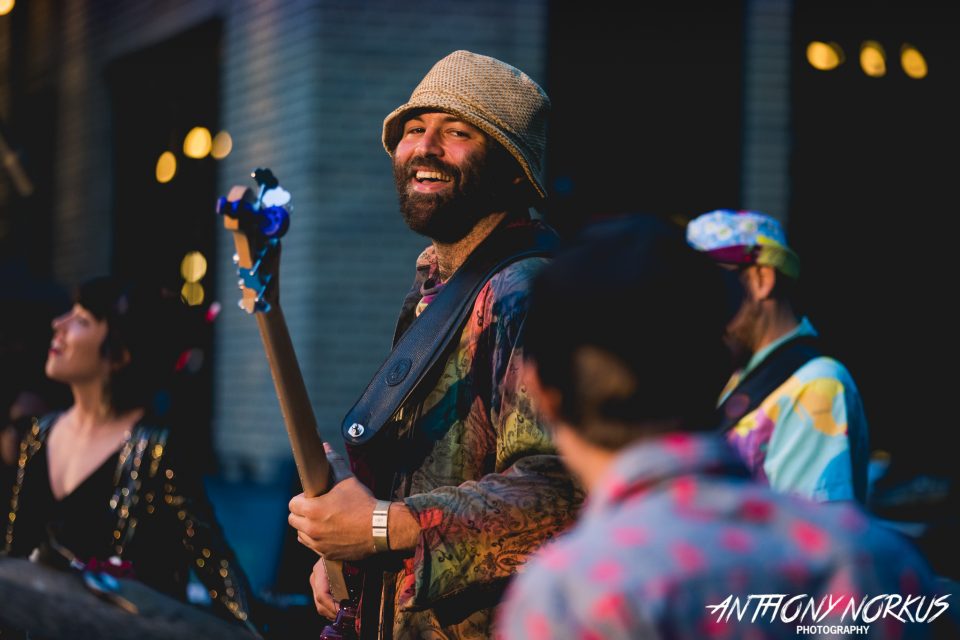 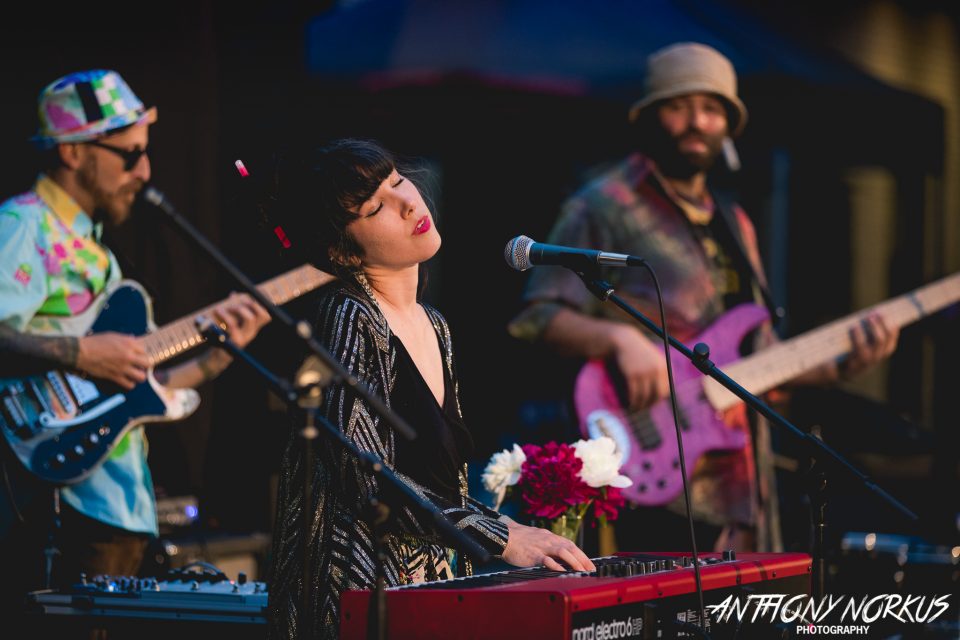 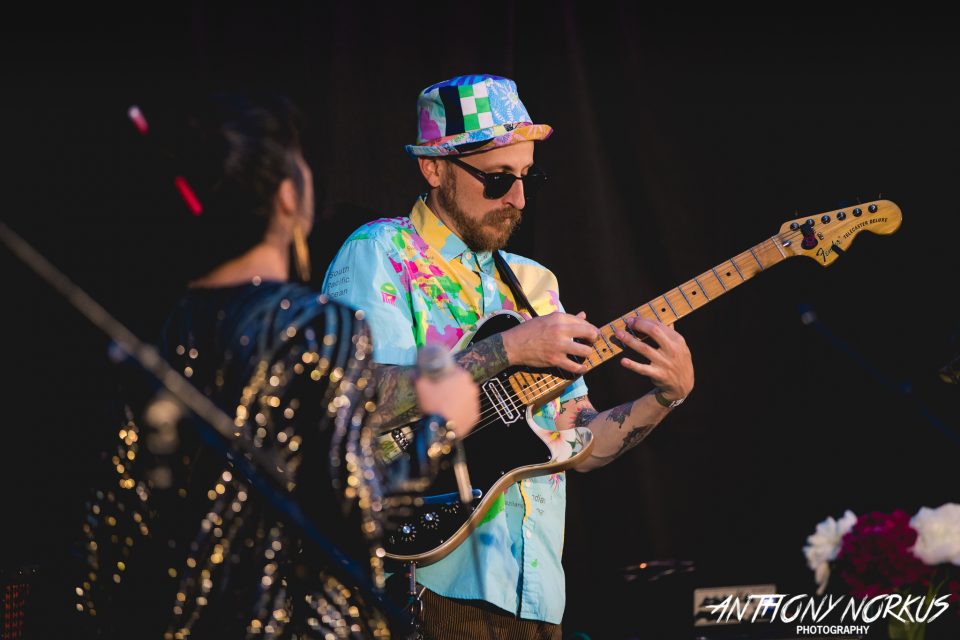 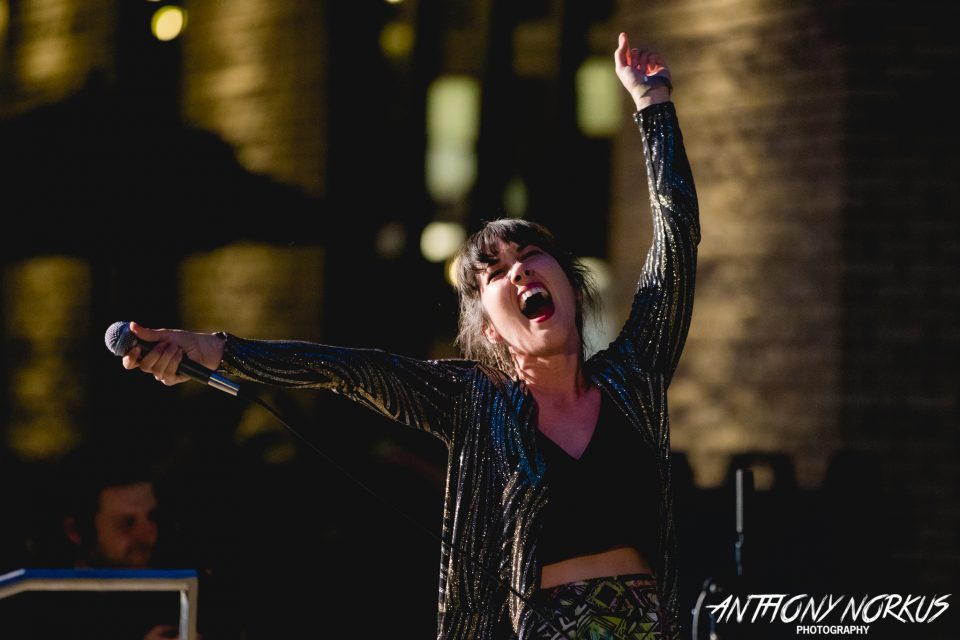 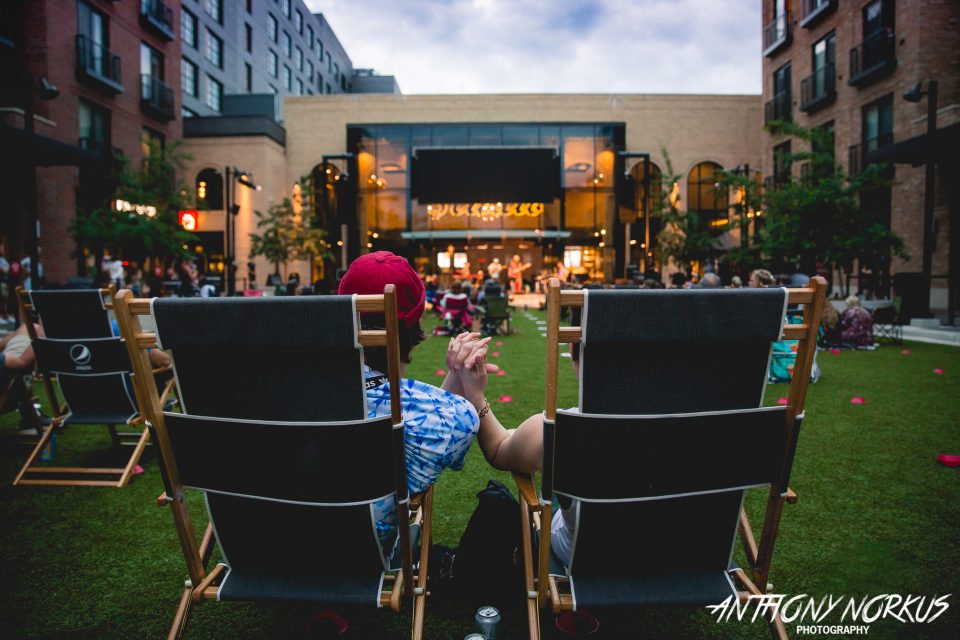 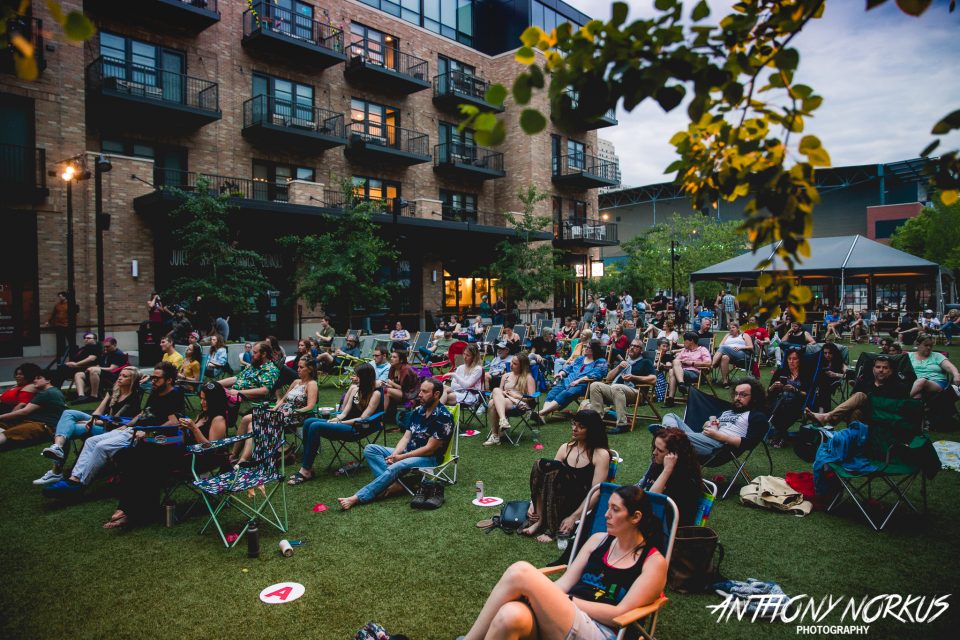 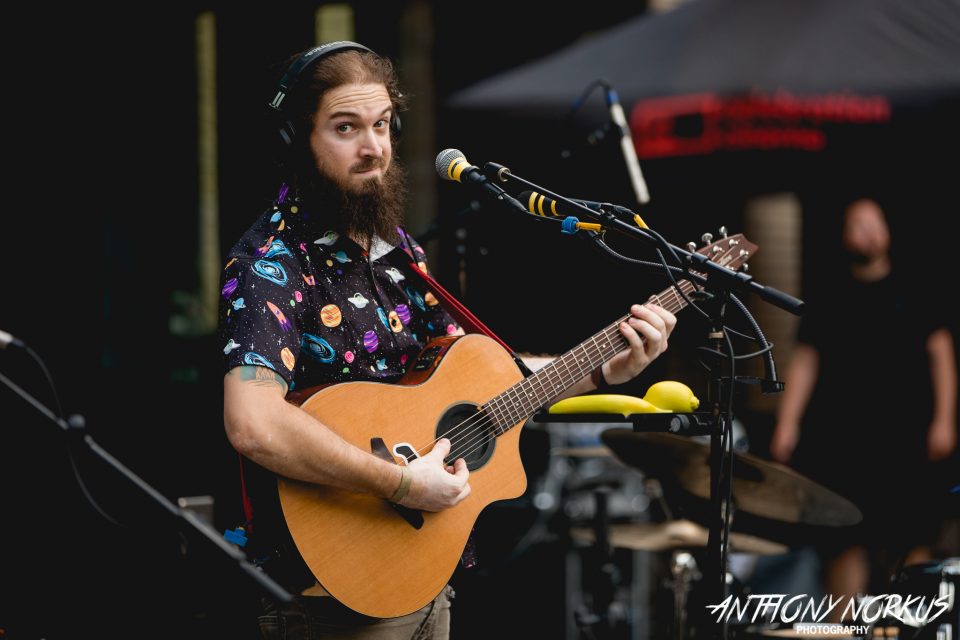 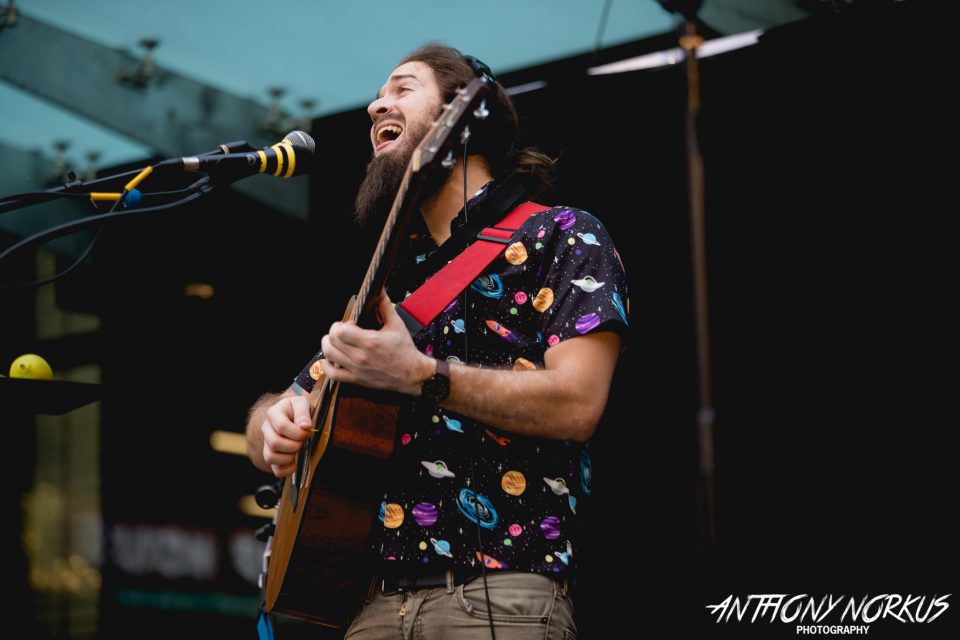 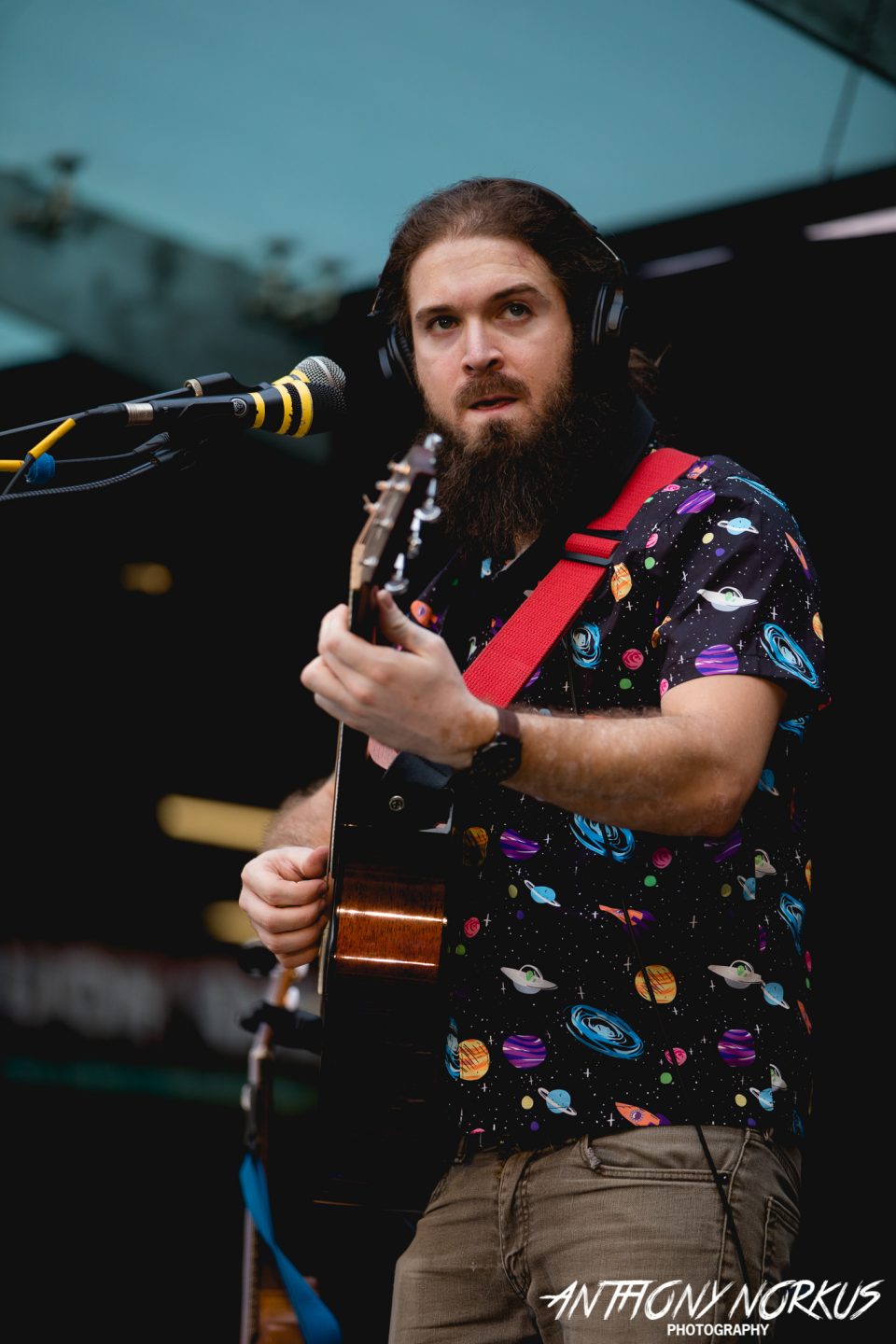 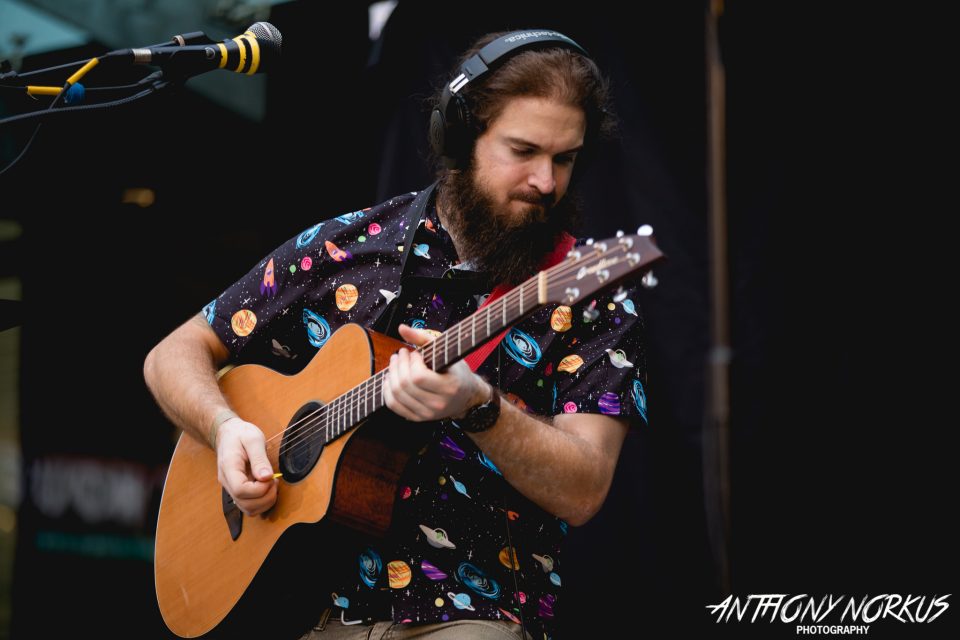