The winter festival fires up Saturday with five bands. One of those, punk’s I Believe in Julio, was the featured artist for this week’s edition of Local Spins on WYCE. Listen to the podcast, see the festival schedule. 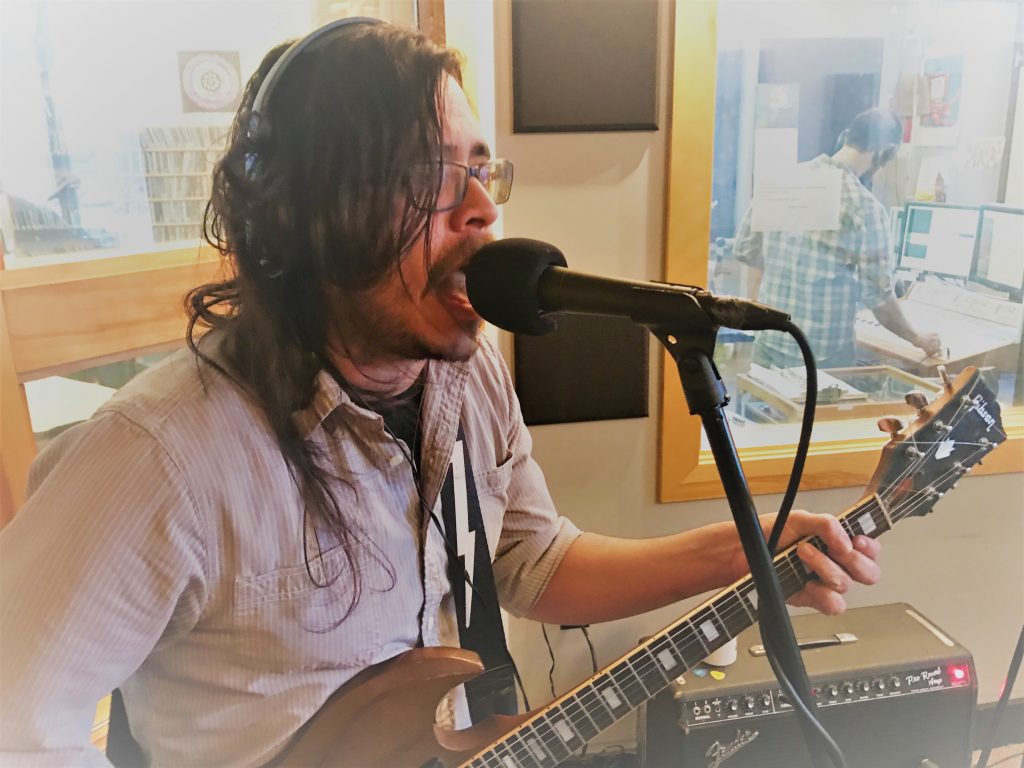 Punk Fire: Julio Gomez and I Believe in Julio will heat up the first-ever Ice Jam on Saturday. (Photo/Local Spins)

SCROLL DOWN FOR LOCAL SPINS ON WYCE RADIO PODCAST

Also performing at the event will be Heaters, The Mainstays, I Believe in Julio and Jesse Ray & The Carolina Catfish. (See the full schedule to the right.) 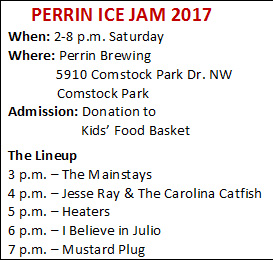 Save this on your smartphone

The event – with adult and children’s winter activities – is a preview to WYCE-FM’s Jammie Awards, with extended sets by West Michigan bands nominated for 2016 awards. (The Jammies take place Feb. 10 at The Intersection in Grand Rapids.)

The inaugural Ice Jam will also serve as a fundraiser for Kids’ Food Basket, with admission fees serving as donations to the nonprofit organization which provides nutritious meals to thousands of children.

“We’ve never had a winter festival,” said Lindsey VanDenBoom, public relations manager for Perrin Brewing, 5910 Comstock Park Drive NW. “But we kind of wanted to bring people out in the off-season, something new. Typically, people don’t throw parties in the backyard when it’s snowing outside.”

To help preview the festival, Grand Rapids punk band I Believe in Julio on Friday stopped by the studios for Local Spins on WYCE to chat about the festival, the band’s Jammie-nominated EP and to perform two songs on the air. Listen to the radio podcast here.

“We hope people are dancing. It’s cold outside so we want to keep them warm in the tent and keep them grooving,” VanDenBoom said, noting that Perrin brews and food will be available outdoors as well as inside.

The day-long festival, running from 2 to 8 p.m. behind Perrin Brewing, will also feature bonfires, a cigar-rolling lounge, cornhole games and a variety of “family-conducive” children’s activities. Depending on the weather, Perrin also plans some snow- and ice-focused activities as well. 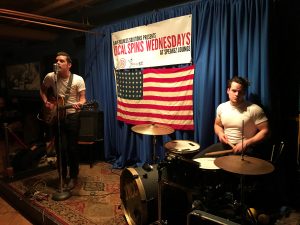 The centerpiece, however, is the music, booked with the assistance of Joel Gordon.

The festival will feature a headlining set by Grand Rapids ska meisters Mustard Plug, which delivered its annual holiday show celebrating its 25th anniversary as a band last month at The Intersection, with several hundred fans on hand. Mustard Plug is a past winner of a Legacy Award at WYCE’s Jammies.

In addition to the in-studio performance by I Believe in Julio, this week’s edition of Local Spins on WYCE also featured the debut of new local and regional songs by John Merchant & The Desolation Angels, Jack and the Bear, Boulevard Billies, Serita’s Black Rose, Adrian + Meredith, The Bootstrap Boys, The Mainstays, Heaters, Jesse Ray & The Carolina Catfish and a classic from Mustard Plug. 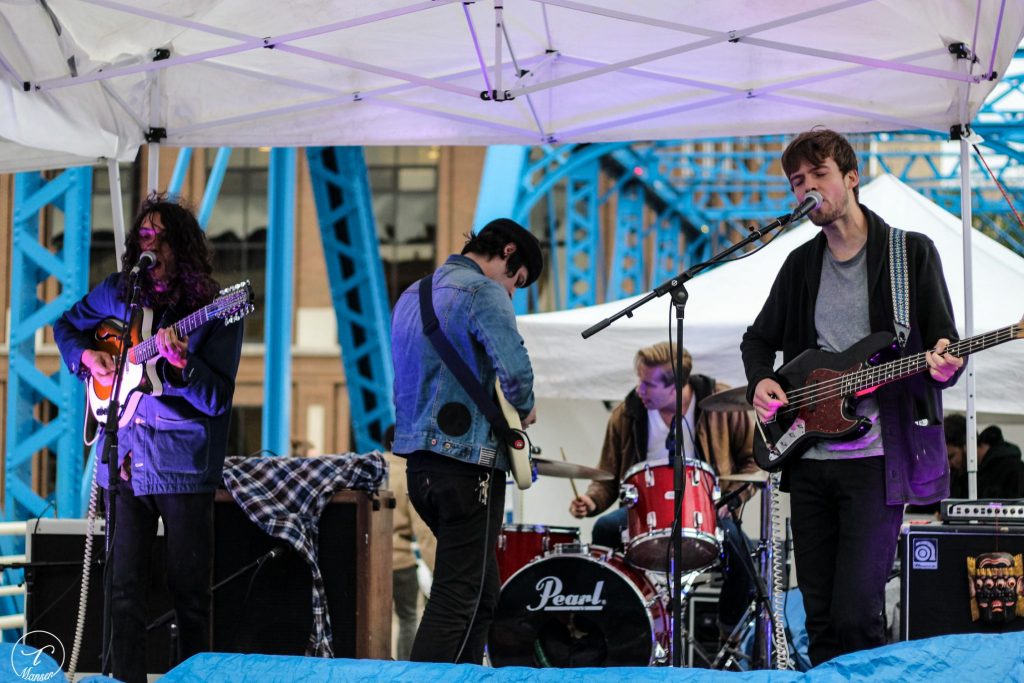