The West Michigan folk revivalist was this week’s spotlighted artist for Local Spins on WYCE, which also debuted tracks by Bradley Sinclair, EPCYA, Rochelle & The Spoilers, Tiny Tree and more. 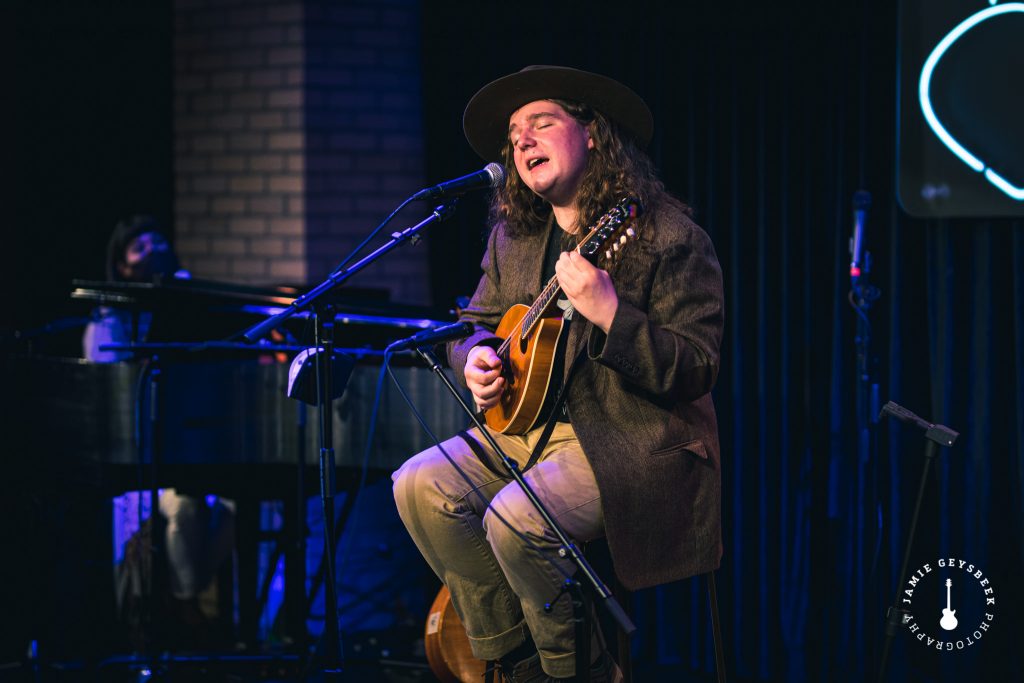 When it comes to his music, singer-songwriter Ben Traverse may well have been born a couple of generations late.

A self-professed “history nerd” who treasures centuries-old sea shanties and the songs of early folk pioneers from the 1950s, the 23-year-old Traverse City native and Grand Rapids-based guitarist found himself immersed in traditional folk and independent music during high school music camps hosted by Earthwork Music, SEED (Supporting Entrepreneurs for Environment and Development) and YMCA.

“I was just like thrown into the deep end of it, and I was super passionate and still am about history and things like that,” he said. 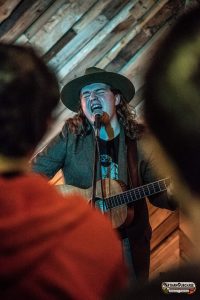 “Traditional folk music really scratched that history nerd itch for me and it kind of went from there.”

Even while a student, Traverse would browse the Library of Congress website while in class so he could listen to “all these wild, old recordings of bands playing songs whose original author was completely lost in time. It was so fascinating.”

Those proclivities ended up sparking recording sessions over the past year with pal and fellow musician Michael Dause, drummer for Traverse City’s The Accidentals.

Officially released today (June 25), the folky project with a lengthy title – “Songs of the Lakes and Seas: Shanties, Forecastle Songs and Other Seafaring Ballads” – takes listeners on a voyage through capstan shanties, drinking songs and whaling ballads.

For this week’s edition of Local Spins on WYCE, Traverse spotlighted the tracks “Three Score and Ten” and “The Wellerman.” (Scroll down to listen to the songs, the interview and other tracks from Michigan artists as part of the radio show podcast.)

Dubbing the duo project Shantyland, Dause and Traverse hashed out and recorded most of the tunes at Earthwork Farm outside Lake City, playing most of the instruments themselves.

While Traverse conceded his love of vintage folk music might seem unusual for a 20-something, he insisted there’s a growing legion of young fans for these tunes.

“We’re kind of in the middle of a folk revival now,” he said. “There’s a lot of young people getting into this kind of music.”

Indeed, Traverse – who was born as Ben Traverse Kolk in Traverse City and grew up in Manistee – aims to continue his goal of creating “a little old-time renaissance.” 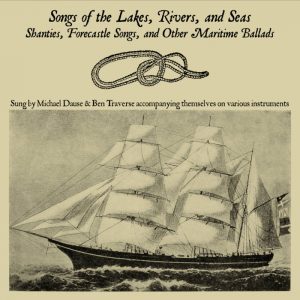 He plans to record a solo album of traditional American folk songs later this year, inspired by the one-man-and-a-guitar recordings of folk icon Pete Seeger.

“I think there’s something real special about those kinds of recordings. So that’s going to be the next mission,” said Traverse, who’s also released “spacey electronic” albums in the past under the Holborn moniker.

In the meantime, he’s slowly rolling out live performances this summer after a year-long pandemic.

Traverse plays Kaleva’s Northern Natural Cider House & Winery at 7 p.m. tonight (June 25), then performs at the inaugural Smiling Acres Music Festival in Trufant on July 3. He follows that with shows at Mari Vineyardsin Traverse City on July 20 and the Forest Trail Music Festival in Manistee on Aug. 27.

“I’m really thrilled just to be around other people again,” Traverse said. “We (musicians) never realized how much of our social interactions came from our work. Most of the time I’d hang out with friends because I was playing a show with them. … I’m really excited to see my friends that I haven’t seen in a long time.”